It is the official currency of Columbia.

Colombia's currency is the Colombian peso, represented by COP. The official peso symbol is $, but COL$ is also used to differentiate it from other peso-and dollar-denominated currencies. 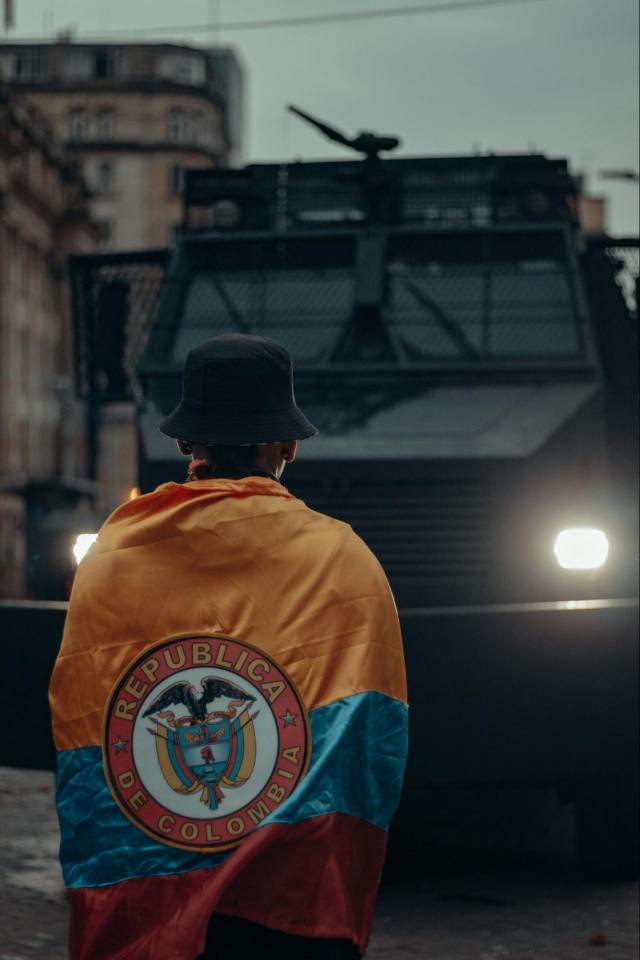 One peso is theoretically subdivided into 100 centavos. However, due to high inflation in the 1970s and 1980s, all centavo coin minting ceased in 1984.

Though the 5, 10, 20, and 50 peso coins are still considered legal tender due to their low value and widespread use, most cash transactions are rounded to 100 pesos.

Colombia is a stunningly beautiful and diverse country with mountain ranges, Caribbean beaches, and a rich cultural heritage. The country continues to have an outsized impact on today's world, from coffee production to influential music.

You'll understand if you watch Disney's new Colombia-themed Encanto or listen to any Shakira album. But what about the money in Colombia? Currency is an important aspect of any country's history. In Colombia, this is known as the Colombian peso.

Colombia used Spanish colonial real until 1820, when it gained independence from Spain. The current peso only replaced the Colombian real in 1837 at a rate of 1 peso = 8 reales, and it was initially subdivided into eight reales.

Colombia decimalized its currency in 1847, and the peso was divided into ten reales, each of ten décimos de reales, later centavos. Although the real was renamed the décimo in 1853, the last reales were struck in 1880.

The current system of 100 centavos to the peso was first used on early banknotes in 1819 but did not reappear on banknotes until the early 1860s and was not used on the coinage until 1872. 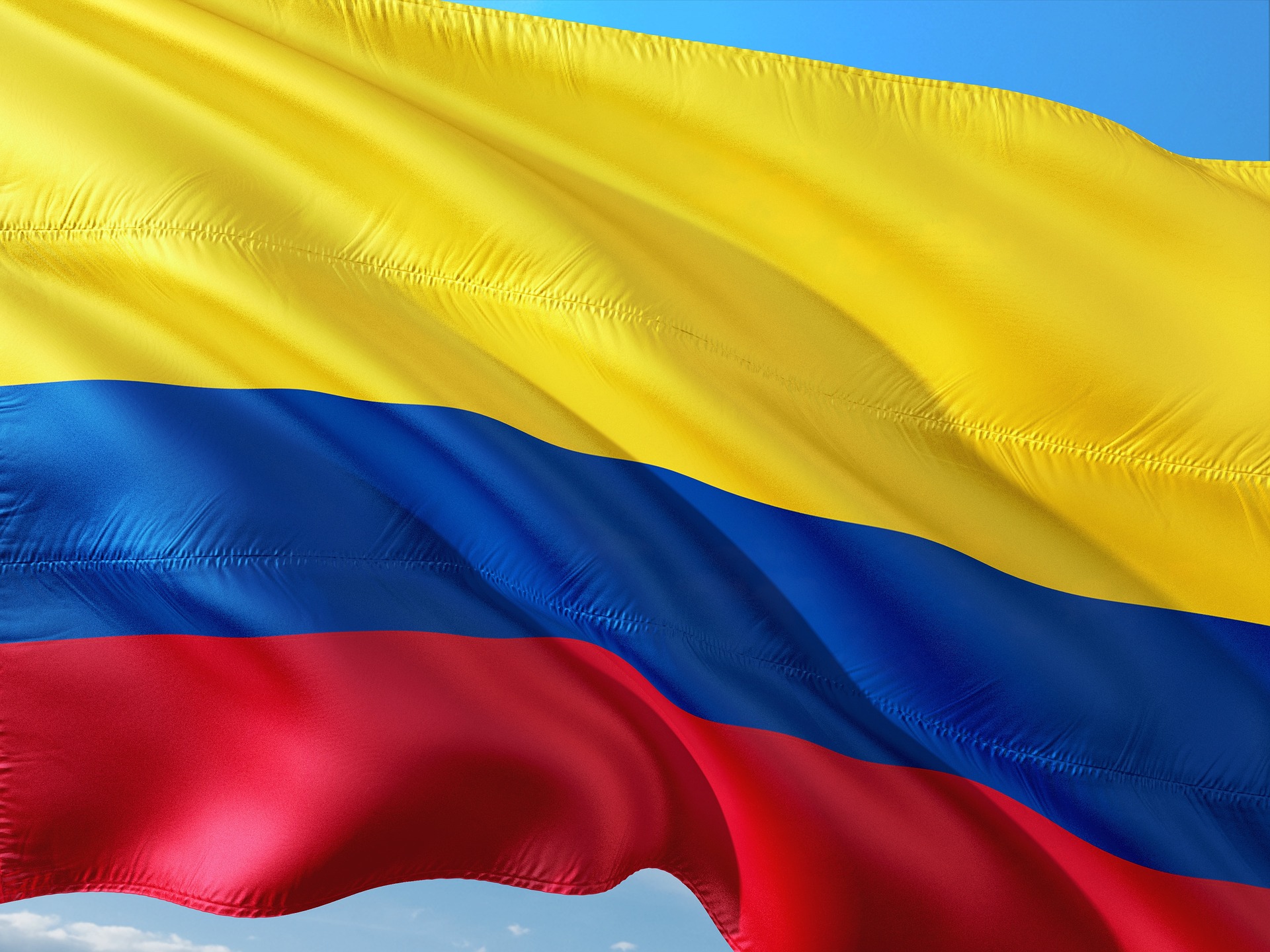 At the beginning of 1888, printing press inflation led to the depreciation of Colombia's paper currency, which was pegged to the British pound at a rate of 5 pesos to 1 pound. As a result, the exchange rate between coins and paper currency was fixed at 100 pesos Moneda Corriente to 1 coinage peso.

Between 1907 and 1914, coins with the denomination "peso p/m," which is the same as paper pesos, were produced. In 1910, the Conversion Board started printing banknotes like the peso Oro.

Juan Santos favored the idea, but he was opposed due to the high costs and the previous contract signed, confusing people in an economy mainly based on money and the possibility of future inflation rendering the changes meaningless. 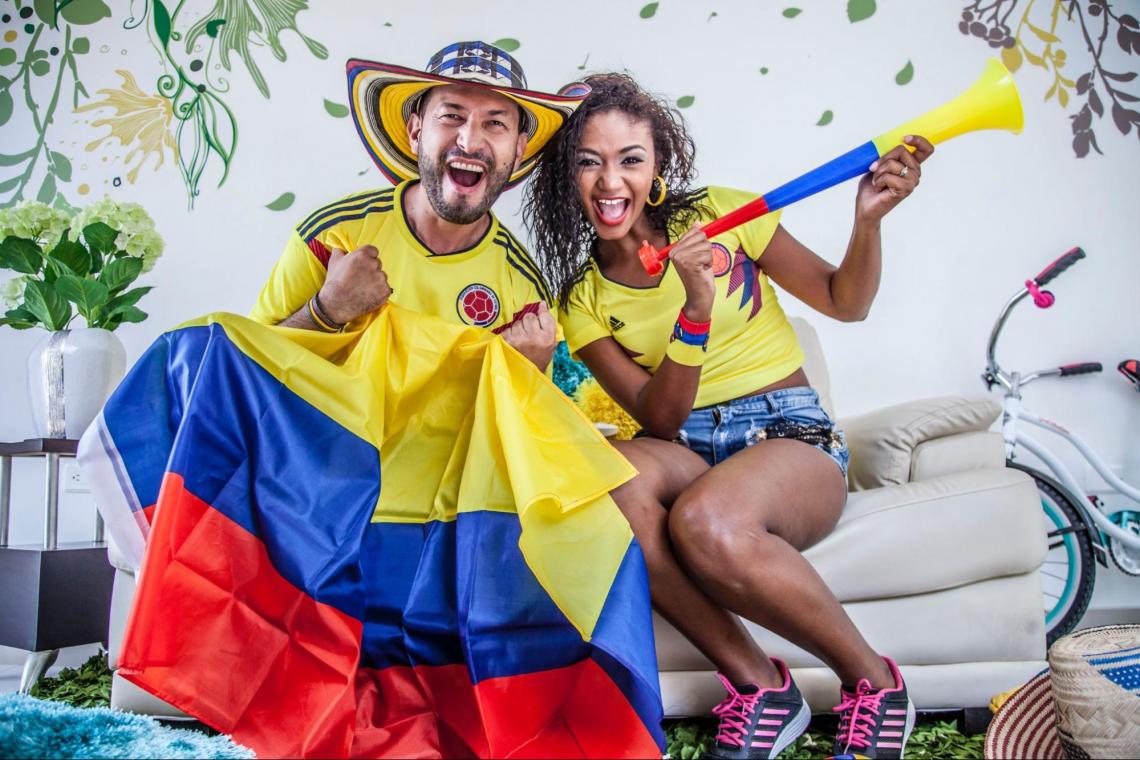 President Iván Duque opposed the change, and the government is no longer considering the proposal.

Colombia's currency code is COP, and the Central Bank of Colombia, or Banco de la Republica, is the major issuing bank. This currency is represented by a dollar sign, such as this: $, and comes in the form of bills and coins.

Colombian banknotes are available in the following denominations:

Colombian coins are available in the following denominations: 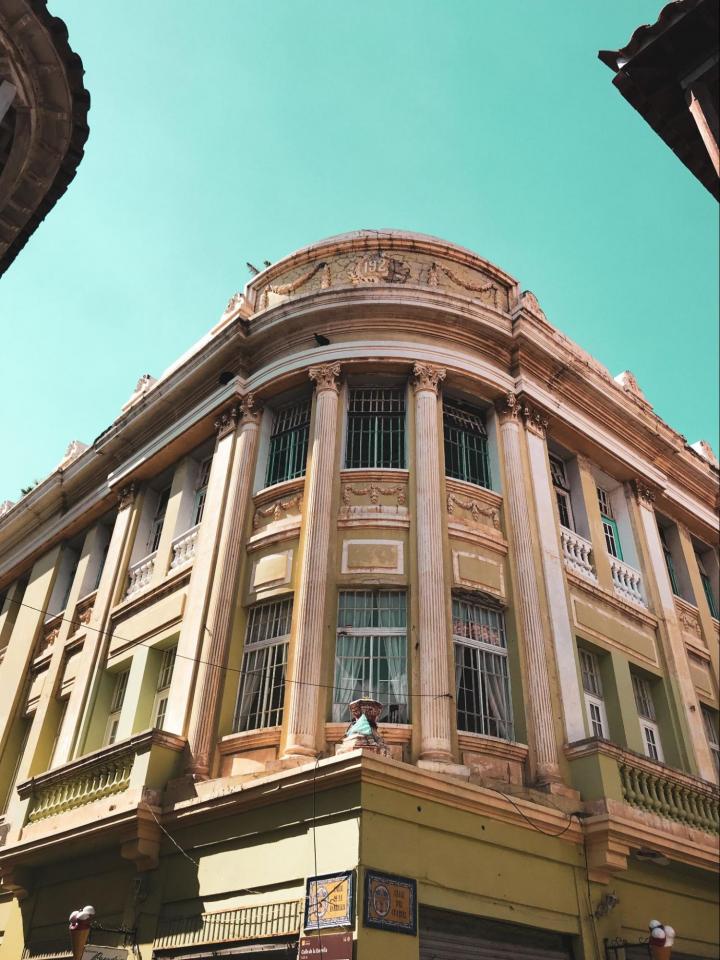 Colombian pesos are as vibrant as their culture.

2. There are two different peso designs in use today.

If you visit Colombia, you may notice slight differences in the bills.

When the national bank began issuing pesos in larger denominations, the visuals on the bills were altered. In numerals, the original printed design read "50,000." Instead, newer peso banknotes show "50 thousand." 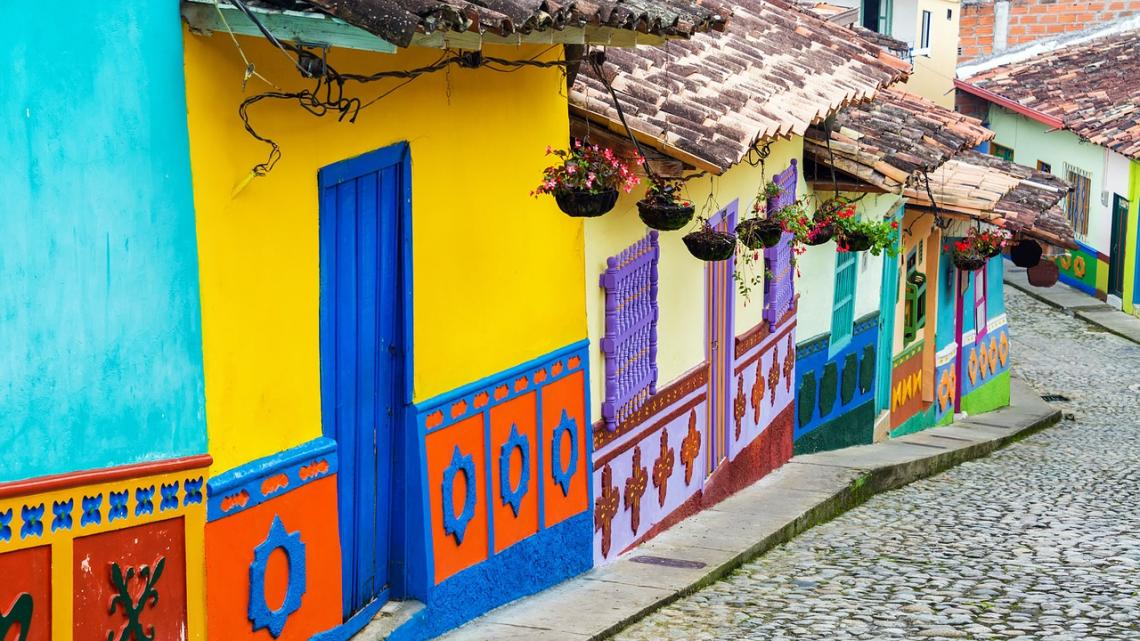 3. If you spend Colombian pesos, you may be eligible for VAT refunds.

If you visit Colombia, you may be able to get a VAT refund if you spend money there. Are you wondering what it means? A VAT refund reimburses a portion of the tax paid by non-residents on certain goods.

These items are available in Colombia:

You can continue this procedure at the DIAN (National Tax and Customs Department). You will be required to complete an application as well as other paperwork.

Just make sure to have your passport and the receipt for the goods you purchased in Colombian pesos.

The vertical imagery on the older 50,000 pesos is a distinguishing feature. This bill features Jorge Isaacs. Isaacs is a well-known Colombian author best known for his novel Mara. 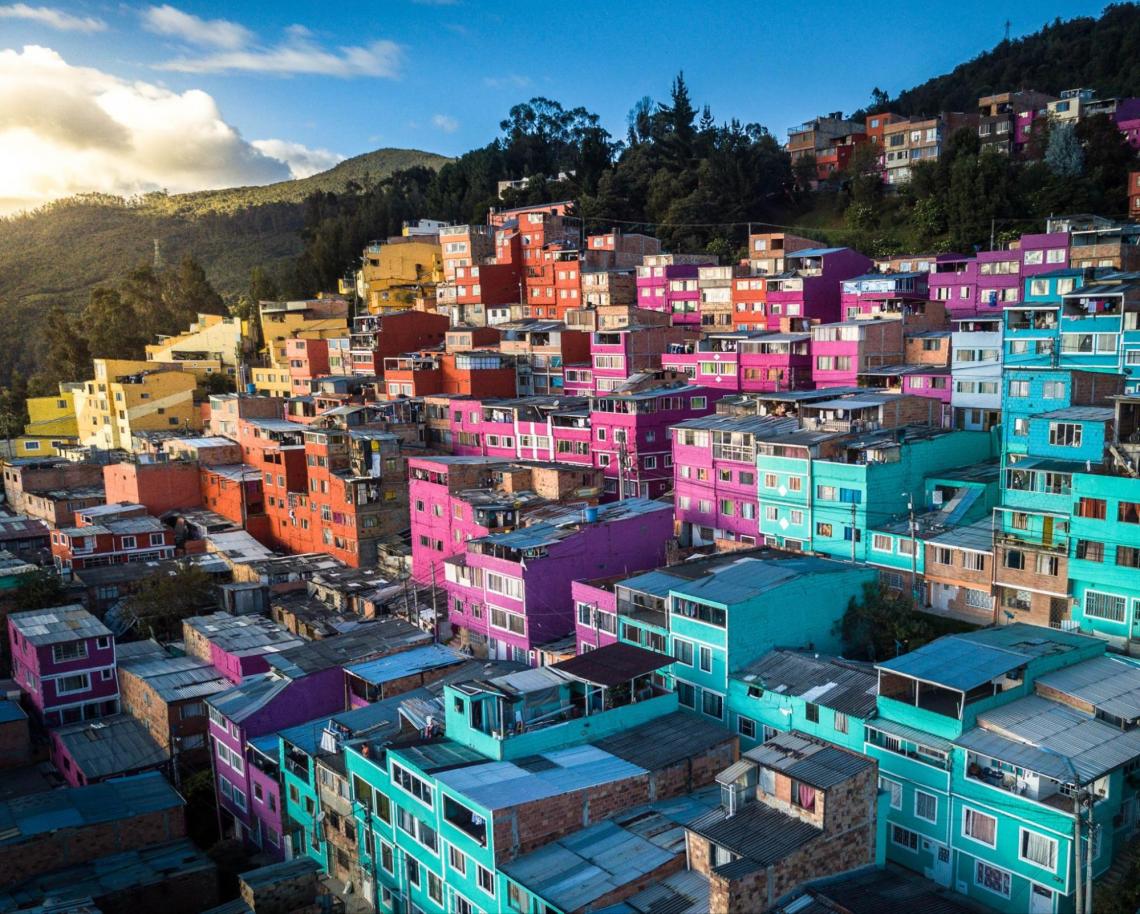 This is distinct from the rest of the Colombian peso banknotes and the majority of global currencies. The image on most bills around the world is printed horizontally.

In 2016, the 50,000 peso banknote was updated with a horizontal image of Gabriel Garcia Marquez, writer.

Colombians expressed concern about the rise of counterfeit money, so Banco de la Republica issued a statement emphasizing the unique security features of Colombian pesos to prevent this. These characteristics are as follows: 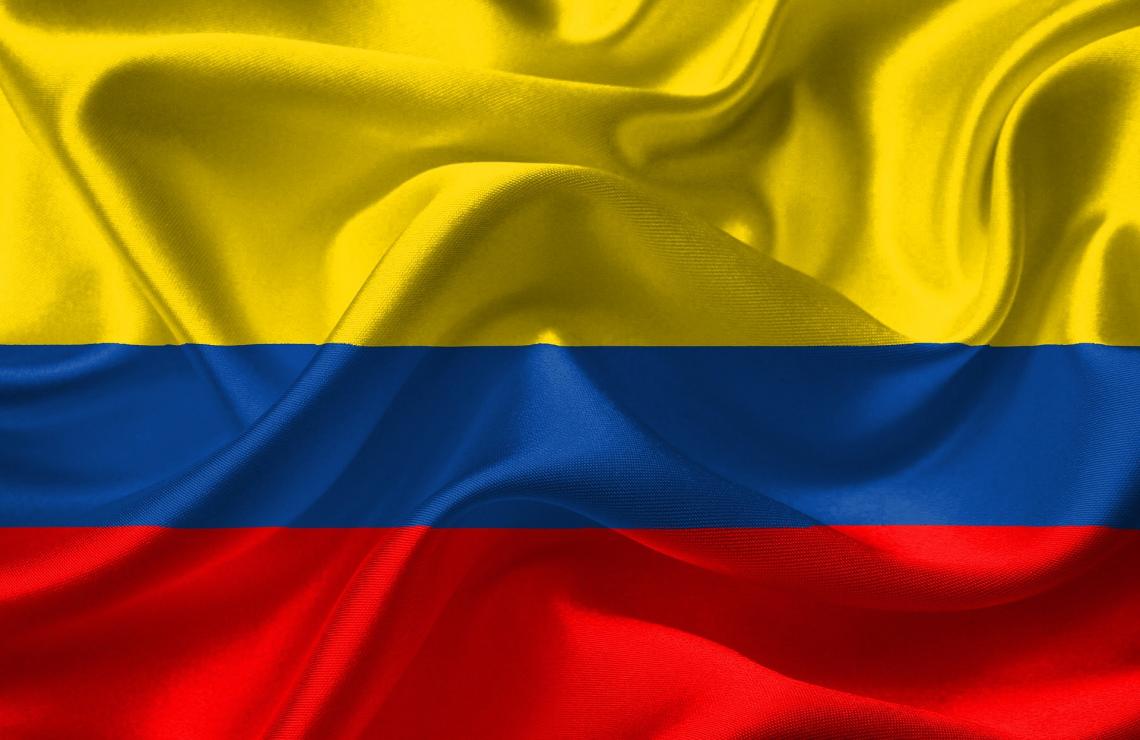 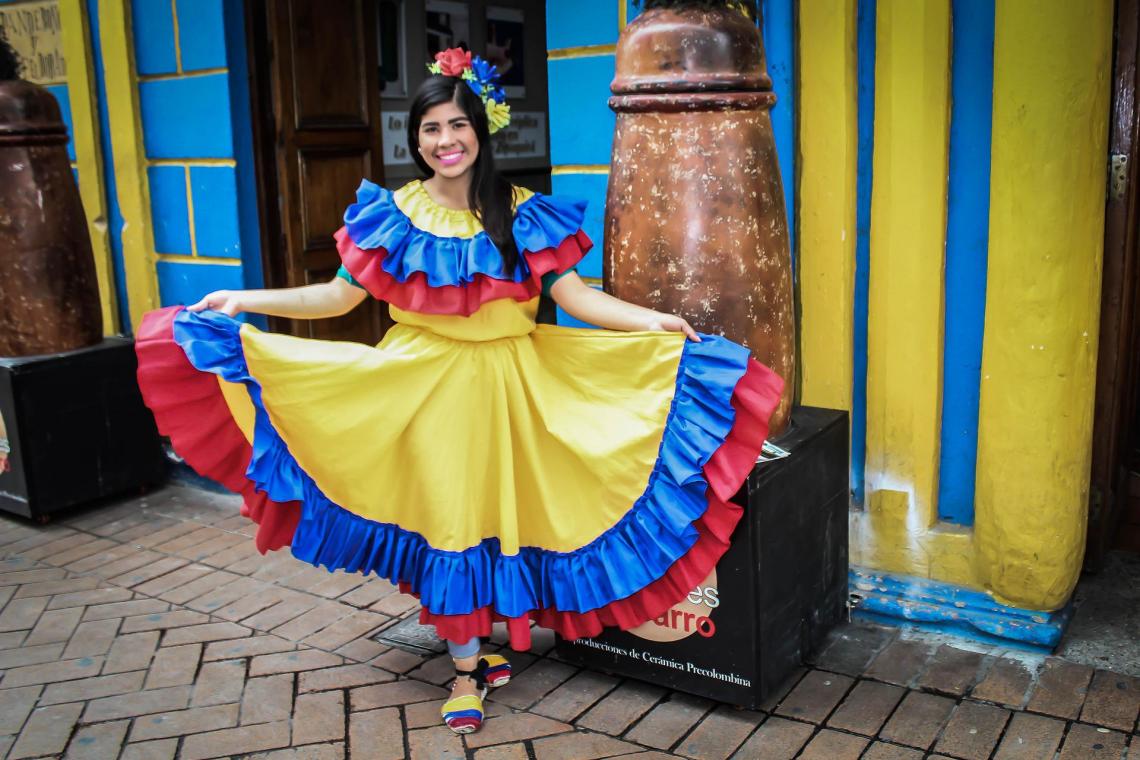 The Banco de la Republica monopolized paper money production in 1923 when it issued notes denominated in peso Oro. The first was provisional issues in denominations of 212, 5, 10, and 20 pesos, overprinted on earlier notes of the Casa de Moneda de Medellin. 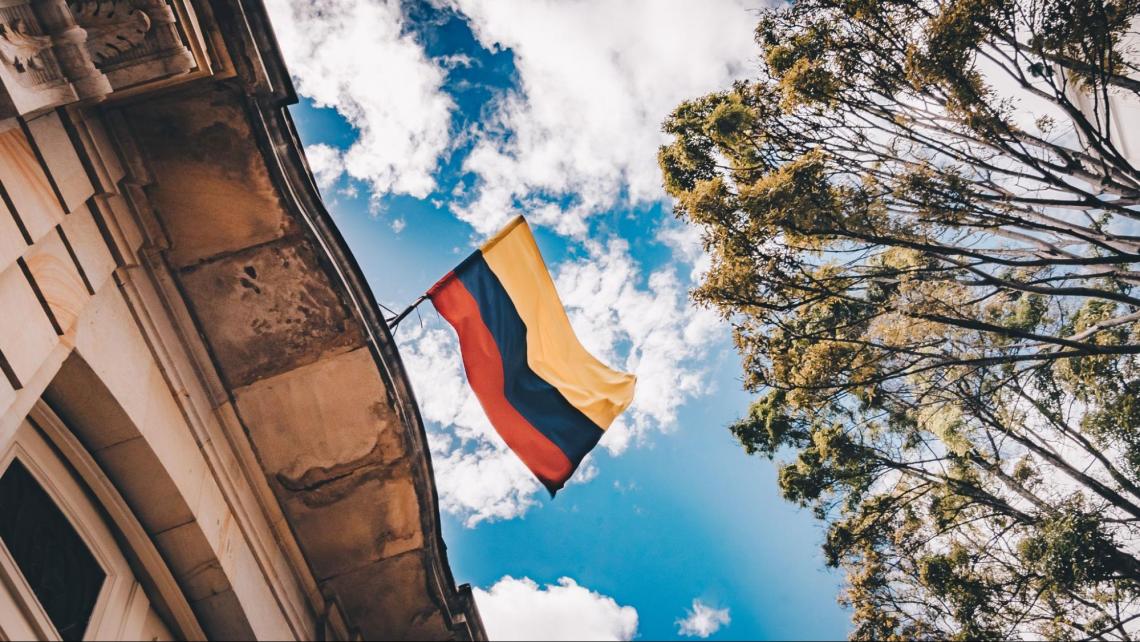 Silver certificates for 1 and 5 pesos Plata were issued between 1932 and 1941, but 1 and 5 peso Oro notes were still being printed at that time. 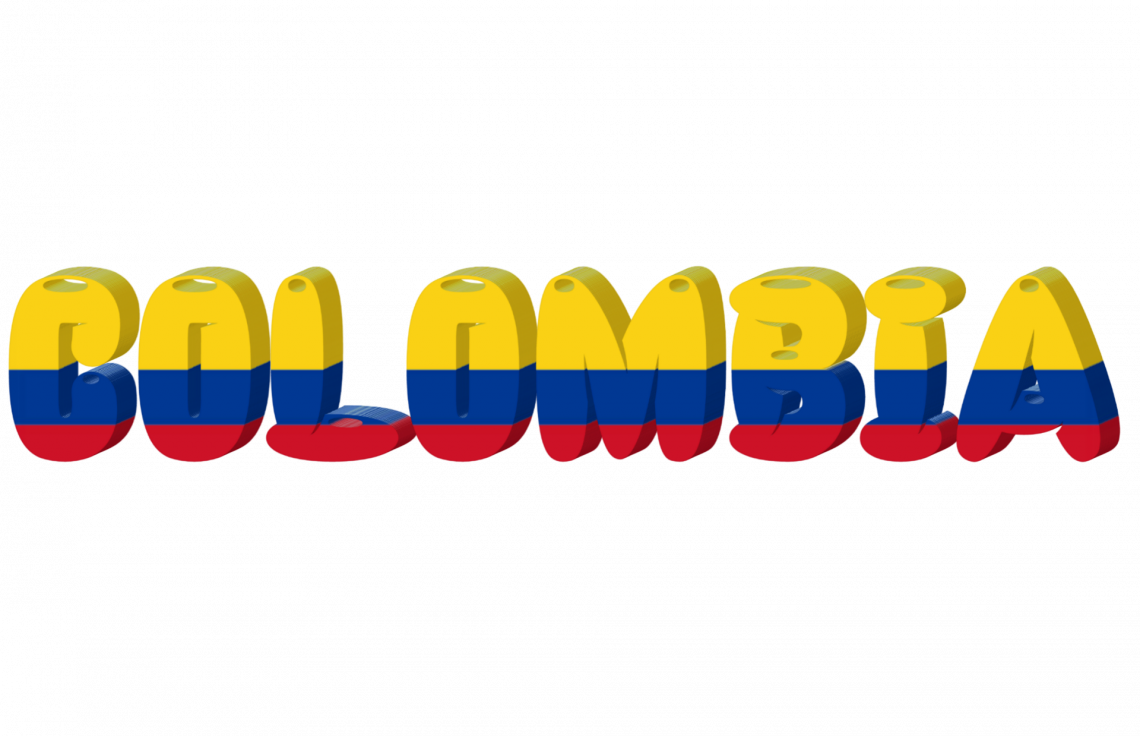 A 2,000 peso note with the Braille representation of the number "2" in the watermark area was released by the Banco de la Republica in December 2010.

These banknotes carry the biodiversity theme introduced in the new series of coins in circulation in 2012 while highlighting various cultural elements and landscapes from Colombia's geography.

Furthermore, the notes honor major cultural, scientific, and political figures while reinforcing the importance of women in Colombian society. 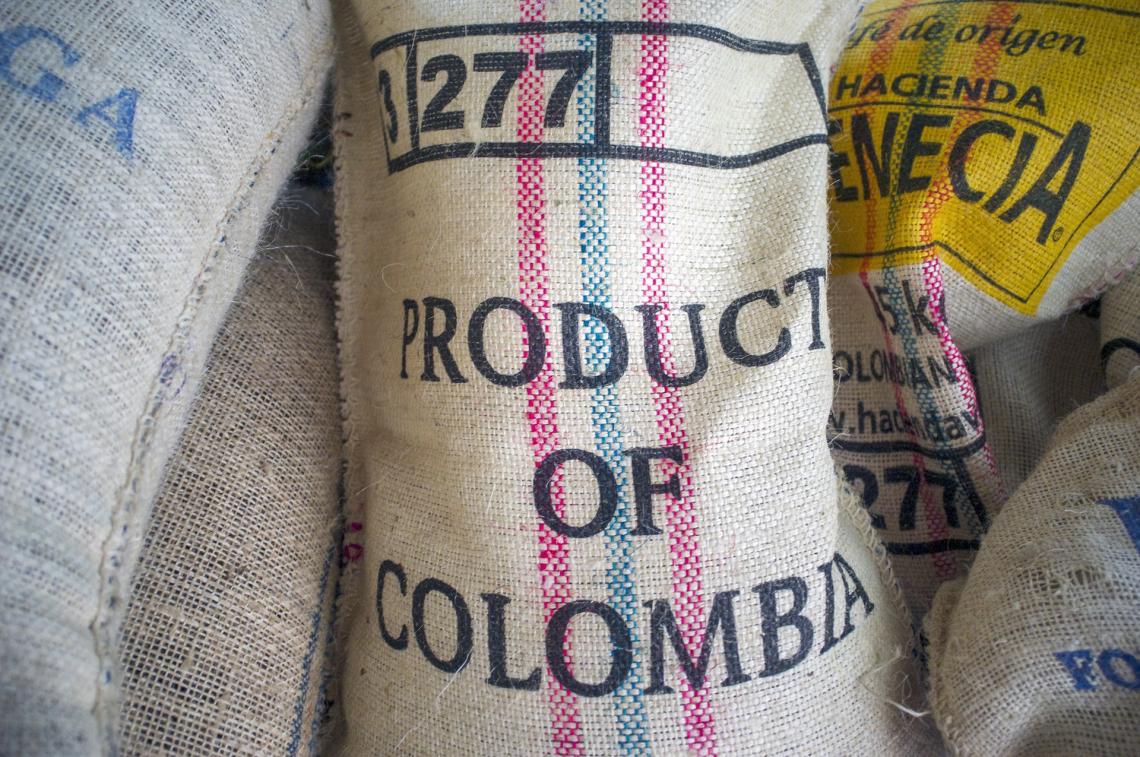 Most of these coins were continuations of those made in the name of the Republic of Colombia before 1837, but with peso instead of escudo denominations. 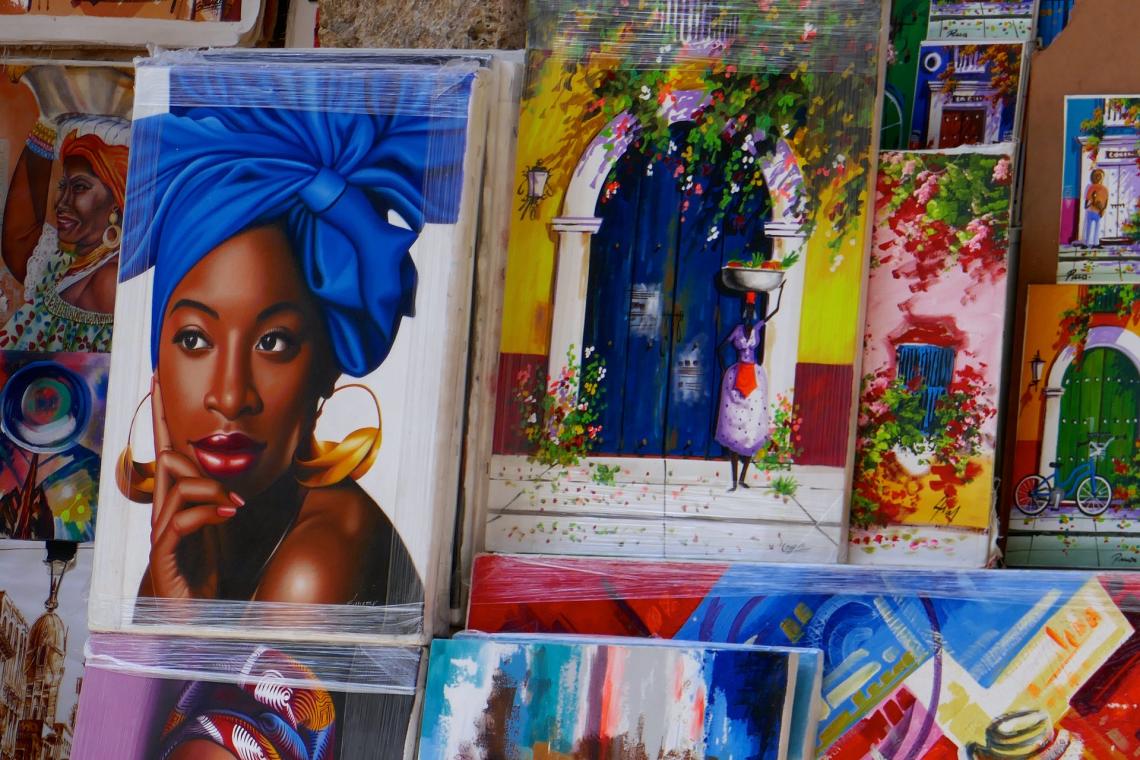 Colombia was renamed the Republic of Colombia in 1886.

The first coins were five centavos of cupro-nickel. Except for silver 50 centavos (also known as five décimos) issued between 1887 and 1889, no other denominations were issued until 1897, when silver 10 and 20 centavos were introduced. In 1902, five silver centavos were issued. 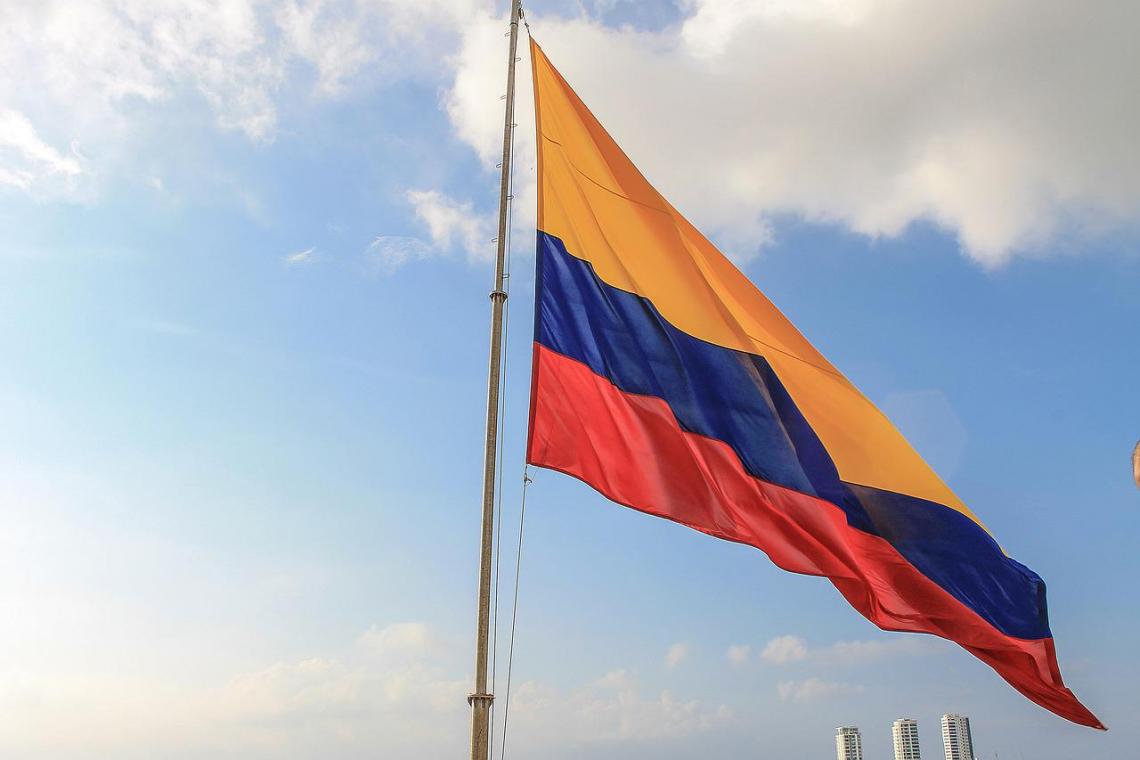 Following the stabilization of paper money in 1907 and the peg of the peso to sterling in 1913, gold 2+12 and 5 peso coins of the same weight and composition as the half sovereign and sovereign were introduced.

In 1918, the 1 peso, 2 pesos, and 5 pesos p/m coins were replaced by one centavo, two centavo, and five centavo coins of the same size and composition.

All coins with denominations less than one peso were phased out in 1984. Following years of high inflation, higher denominations were introduced. 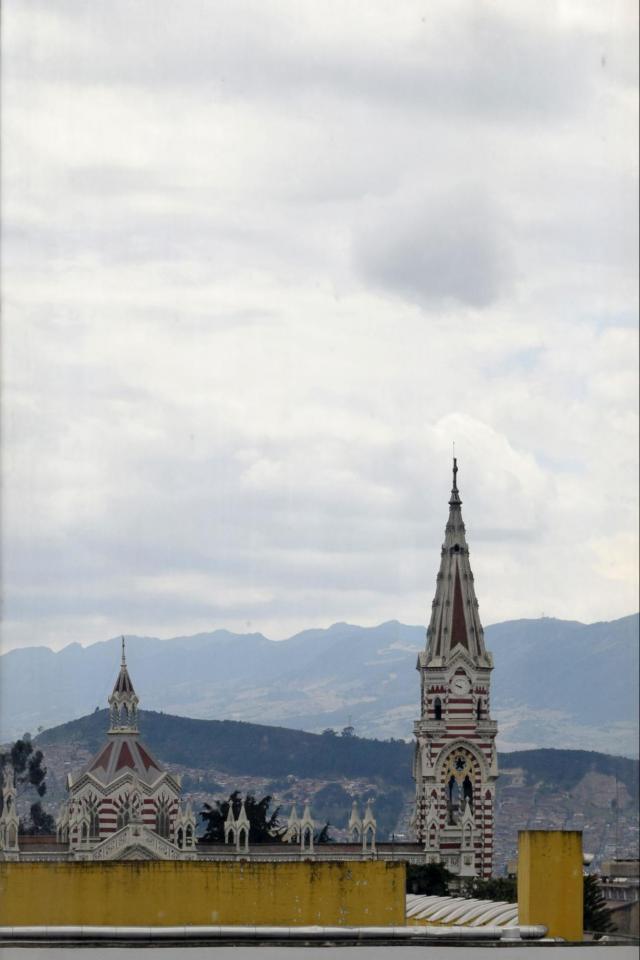 However, the 1000 pesos were withdrawn in stages due to widespread counterfeiting. The coin was out of circulation by 2002.

The central bank discontinued the production of 5, 10, and 20 peso coins in February 2009. They remained legal tender, but because of their low value and limited circulation, most cash transactions were rounded to the nearest 50 pesos.