It is Australia's official currency, including its overseas territories, Christmas Island, the Cocos (Keeling) Islands, and Norfolk Island.

The Australian Dollar is Australia's official currency, including its overseas territories, Christmas Island, the Cocos (Keeling) Islands, and Norfolk Island. Its sign is '$,' and the code used is AUD. 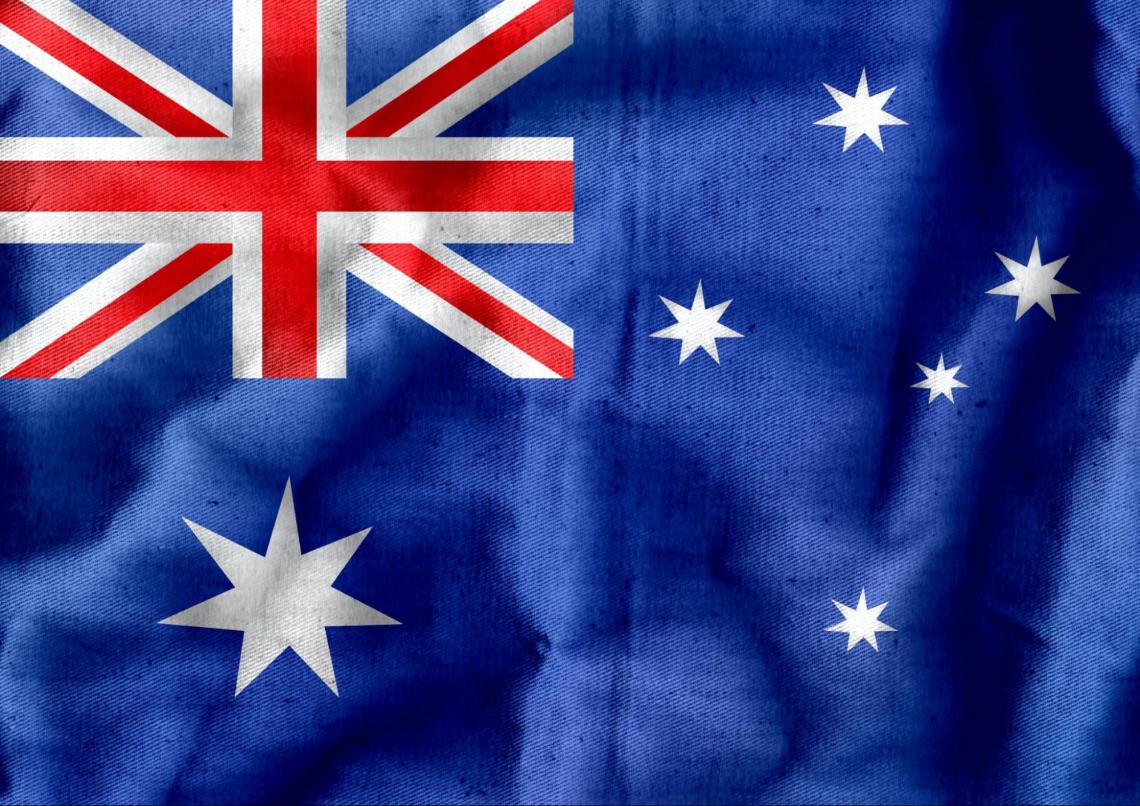 It is also the official currency of three independent Pacific Island countries, Kiribati, Nauru, and Tuvalu. It also has nicknames such as 'Buck,' 'Dough,' or 'the Aussie.'

It is sometimes called a commodity currency because of the export of substantial raw materials; therefore, it is affected by the import markets in the Asian continent. Hence, the primary drivers influencing the currency are the market commodity prices.

The lack of intervention of the Central Bank and the stability of the government and economy make it popular among other currencies.

The Australian Dollar was the fifth-most traded currency in global foreign exchange markets in 2022 and accounted for 6.9 percent of global daily trade.

The Reserve Bank of Australia (RBA) is mainly responsible for the country's monetary policy and money supply. In addition, the RBA is in charge of controlling inflation and unemployment rates in the country. It also provides services to Australian and other financial institutions in the country. 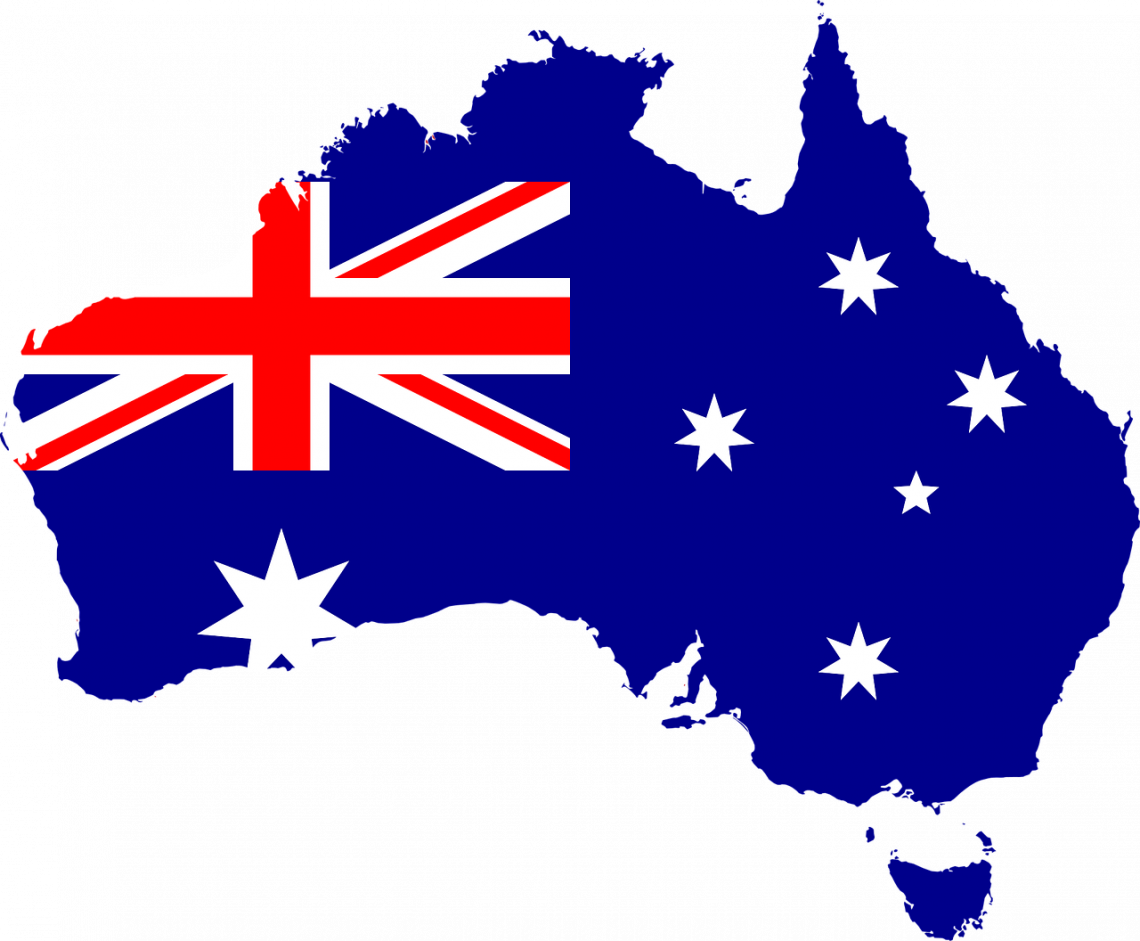 RBA also maintains economic prosperity and welfare of the people and ensures the stability of their currency. Since 1969 the coins have been produced at the Australian Royal Mint in Canberra.

Australia has an exciting currency history. From the Indigenous people's pre-settlement trading practices to the currency chaos of early settlement and according to the British Parliament's proclamation that only British currency could be used there. 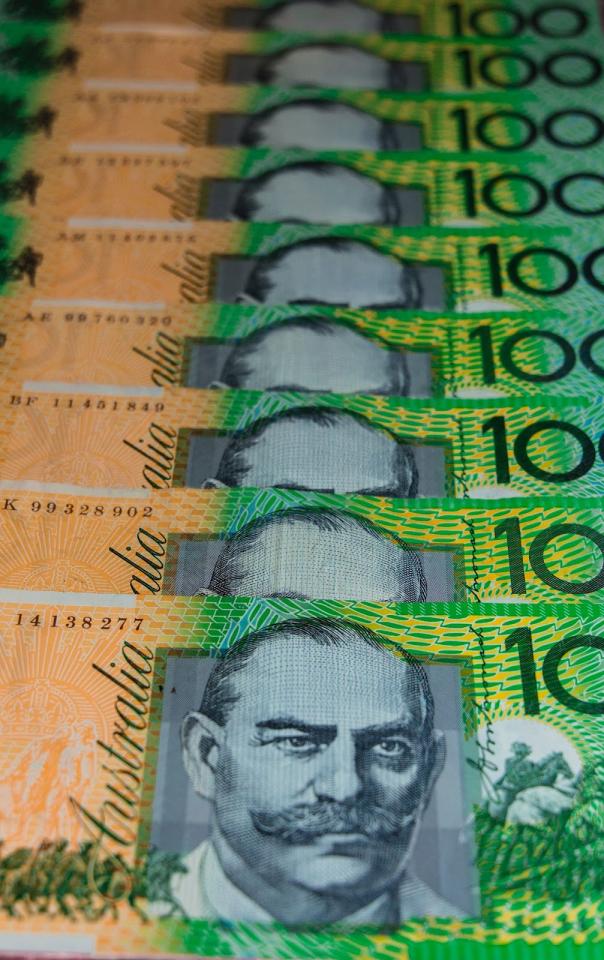 The government imposed the Sterling standard in 1825, and British coins were first minted in Australia. The states united in 1901 to form the Commonwealth of Australia.

The initial 50-cent coins comprised 80 percent silver but were forced to withdraw after one year because the silver content's valuation outweighed the coin's face value significantly.

The Royal Australian Mint has generated over 14 billion circulating coins since its inception in 1965. The Australian Pound was pegged to the Pound Sterling and thus used as a gold standard.

The first series of Australian notes was issued three years later. A national currency was created in 1910 as the Australian Pound and was later changed to the Australian Dollar in 1966. 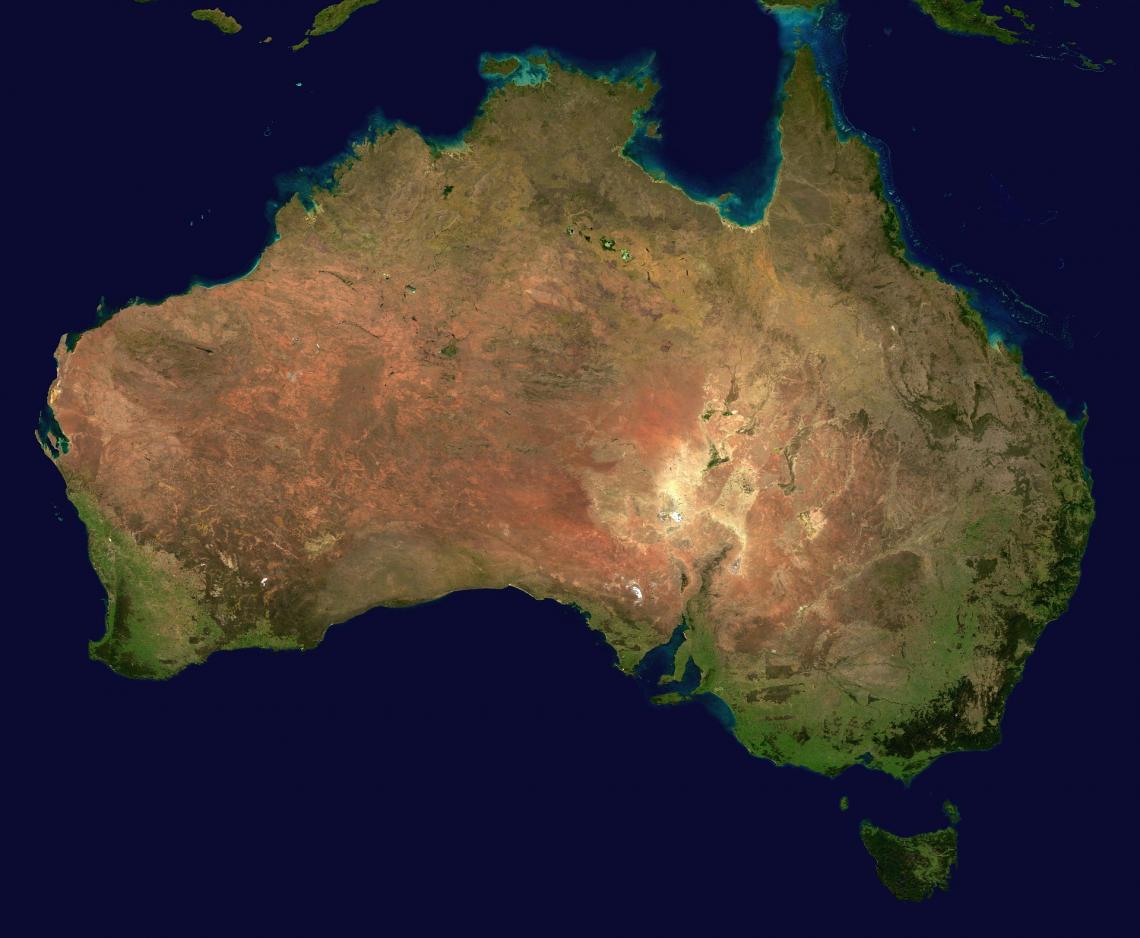 A deeper understanding of the history

The Australian Dollar (AUD) was introduced in February 1966 under a decimalized system, with dollars and cents replacing pounds, shillings, and pence. 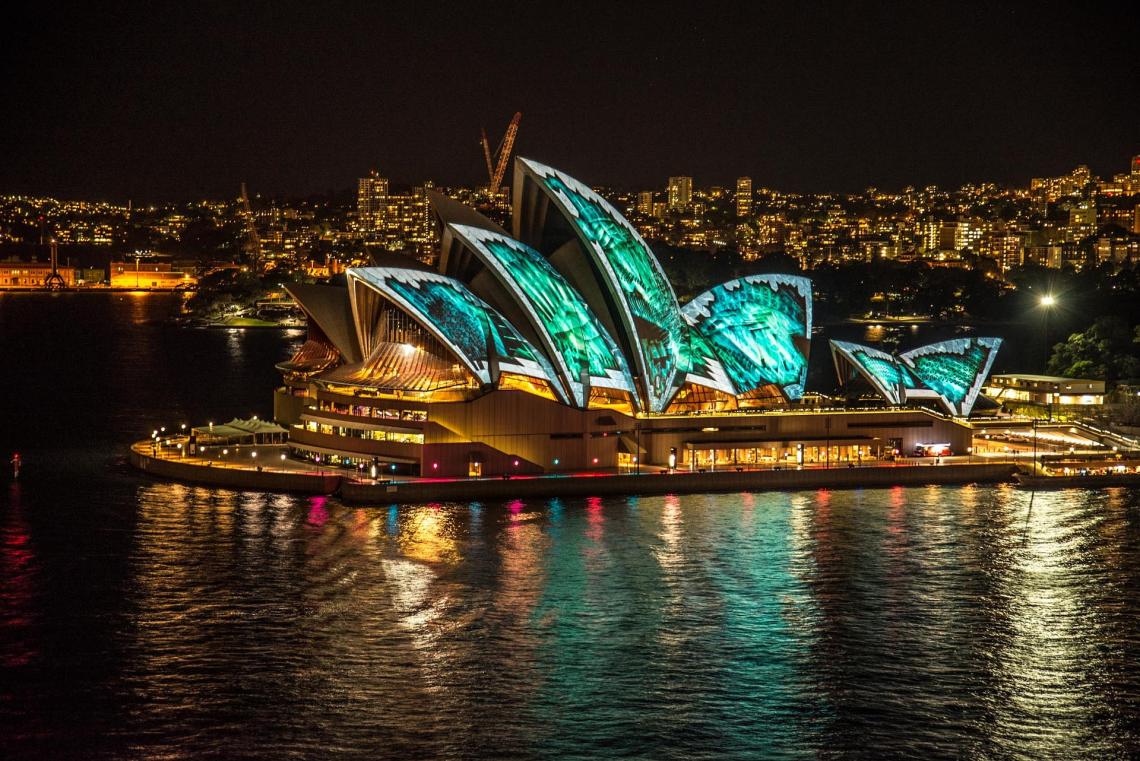 This impetus for the Reserve Bank of Australia to collaborate with the Commonwealth Scientific and Industrial Research Organization to develop new notes resulted in introduction of the first polymer banknote in 1988.

This technology developed in Australia to help prevent counterfeiting, resistance to water and dirt, long-term usage, and difficulty in replicating and recycling are just a few of the benefits of polymer currency.

Australia was the first nation in the world to adopt this technology, and many countries, including the United Kingdom, Singapore, and Malaysia, have since switched from paper to polymer currency.

The British coins were the national currency of Australia at the time and remained so for the next nine years. 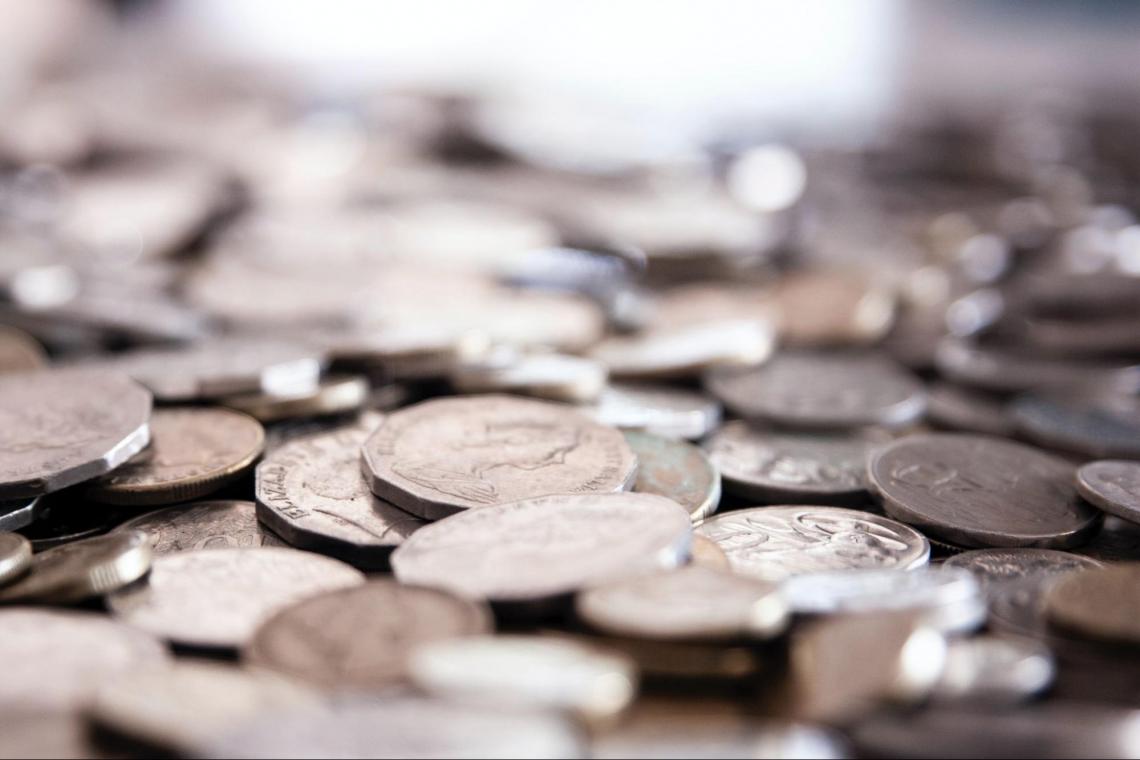 Because of manufacturing shortages during WWII, a few Australian coins had to be produced in the United States at mints in Denver and San Francisco.

So each of these coins had a mint mark indicating where it was made, such as 'D' for Denver and 'S' for San Francisco.

Australia was a very English nation throughout its post-settlement history. However, it created a new currency and departed from the British platform, allowing Australia to establish a brand-new independent international identity.

In addition, the mint has the capacity to produce over 600 million coins per year.

Australian banknotes have undergone numerous changes since 1966, with four series of banknotes produced.

The most recent series of banknotes, recognized as the 4th series, includes a tactile feature that allows the blind person to distinguish between the notes. 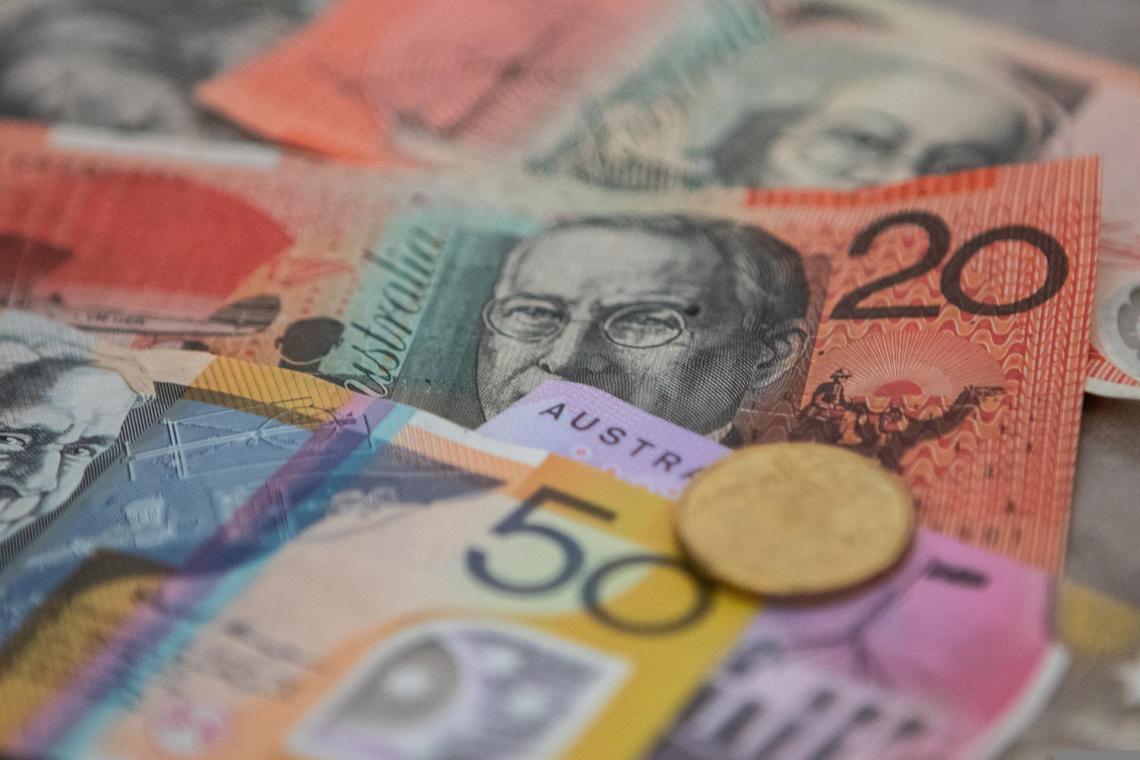 Countries that are using this currency are:

The Australian Labor government, led by Prime Minister Bob Hawke and Treasurer Paul Keating, floated the Dollar in December 1983, with the exchange rate reflecting the balance of payments and supply and demand on international money markets. 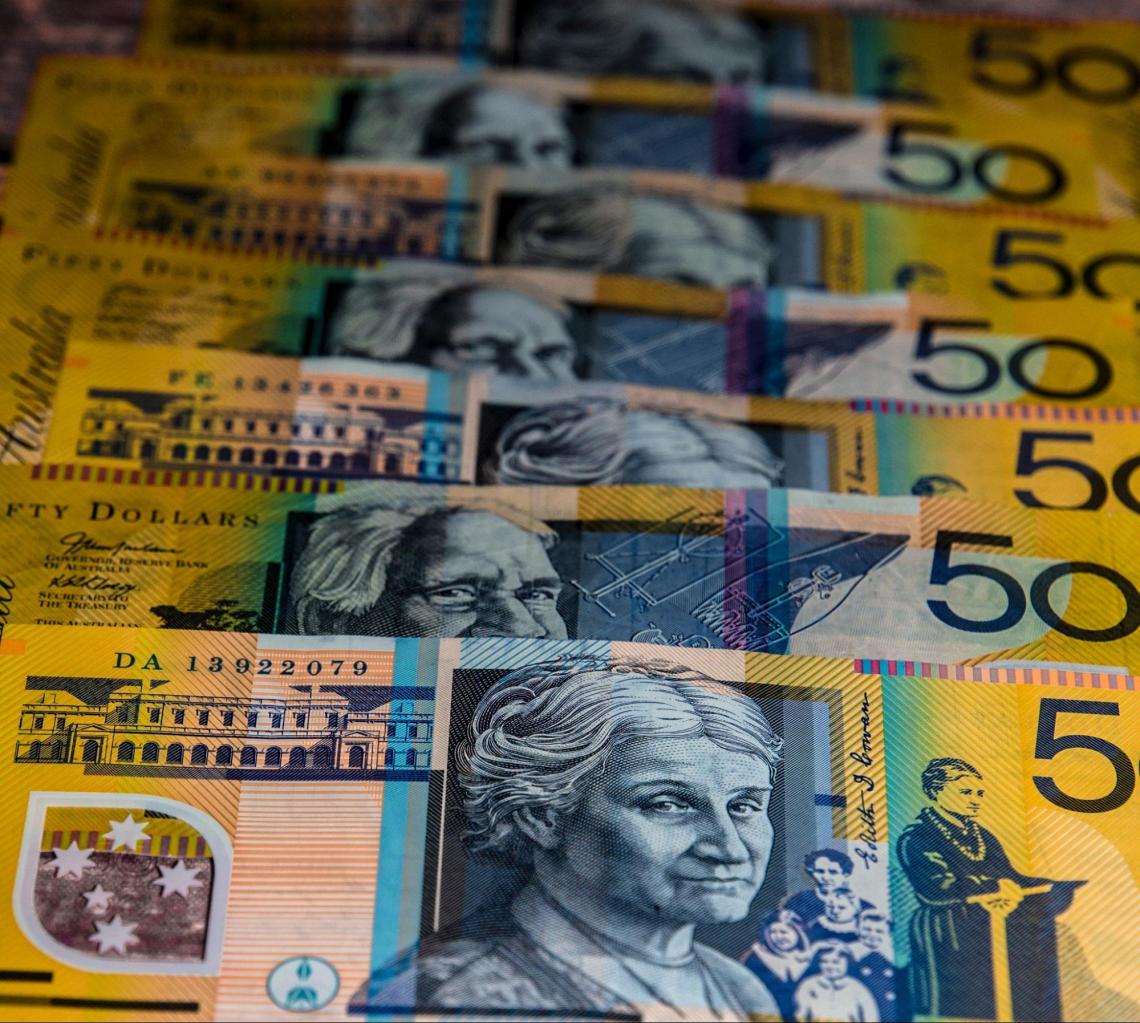 The Australian economy has historically relied heavily on commodity exports such as minerals and agricultural products.

Australia participated in the Bretton Woods system, a fixed exchange rate system that thus tied the US dollar to gold from 1946 to 1971.

Australia had a fixed exchange rate before 1983.

Because Australia has a floating exchange rate, the value of the Australian Dollar is determined by the demand and supply of Australian dollars in the foreign currency market.

Through its involvement in the EMEAP Asian Bond Fund (ABF) Initiative, the Reserve Bank has also made investments in several Asian debt markets. Following the Asian currency crisis in the late 1990s, this was established to aid in developing bond markets in the region.

Foreign Exchange Markets are influenced by several factors causing demand and supply to fluctuate. These factors have a long-term and short-term impact on the Australian Dollar's value.

Except for its IMF reserve position, Australia's official currency reserves are on the Reserve Bank's balance sheet. The Bank's official reserve assets include foreign currency assets and gold.

The Bank holds foreign currency assets primarily to enable its operating unit in the spot foreign exchange market. However, these assets are also used to supplement domestic money market operations and to meet Australia's IMF commitments.

Australia has a mixed economy, with the service sector accounting for nearly 63 percent of the total gross domestic product (GDP). 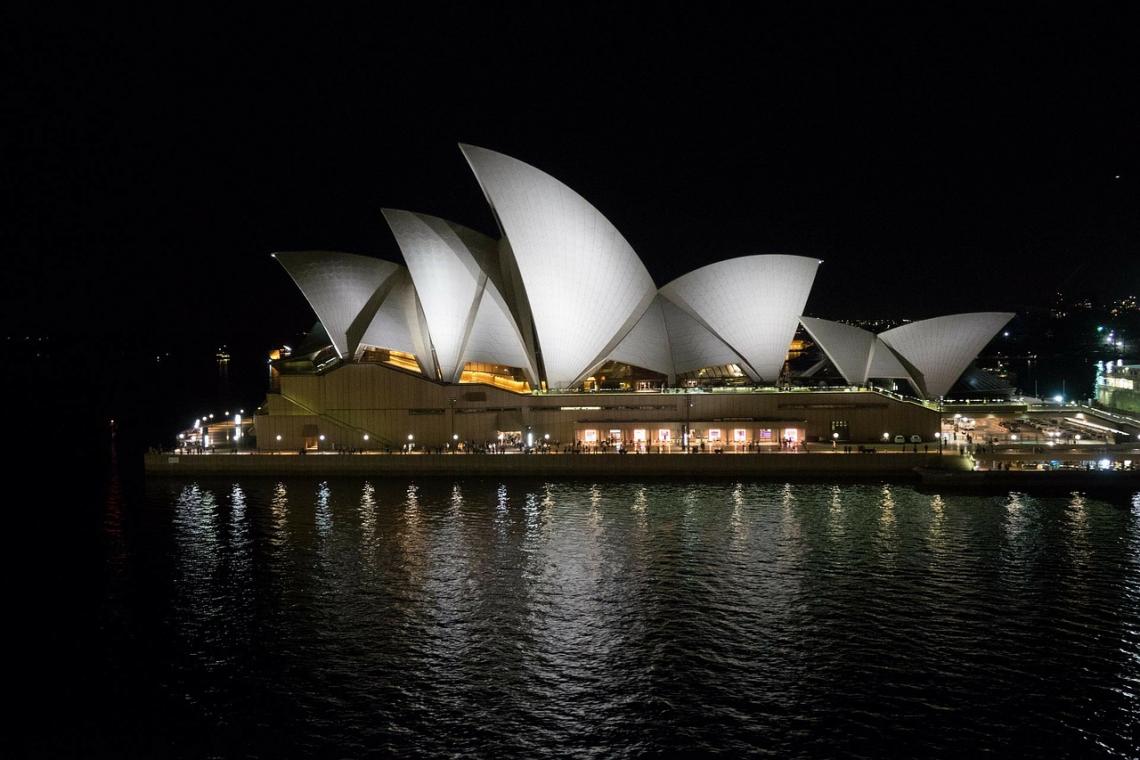 It is considered one of the developed/advanced countries with high-income economies.

Australia was the 13th largest national economy in terms of nominal GDP in 2022, with nearly USD1.4 trillion.

The country is also known for having the world's largest gold reserves, supplying more than 14% of global gold demand and 46% of global uranium demand.

Commodities (materials and grains) drive Australia's economy, and news stories on crop planting, climate, harvests, mine outcomes, and metal prices can all affect the Aussie dollar.

However, due to Australia's colonial heritage, many companies operating in the country are foreign-owned, despite periods of positive net exports.

Regardless of periods of net positive export sales, net income outlay between Australia and the rest of the world is always negative.

It competes globally in insurance and financial services, technology, and high-value-added manufactured products.

Australia is the tenth most affluent country in the world regarding natural resources. Metals, coal, diamonds, meat, and wool are among these resources, and they account for the majority of the country's exports. 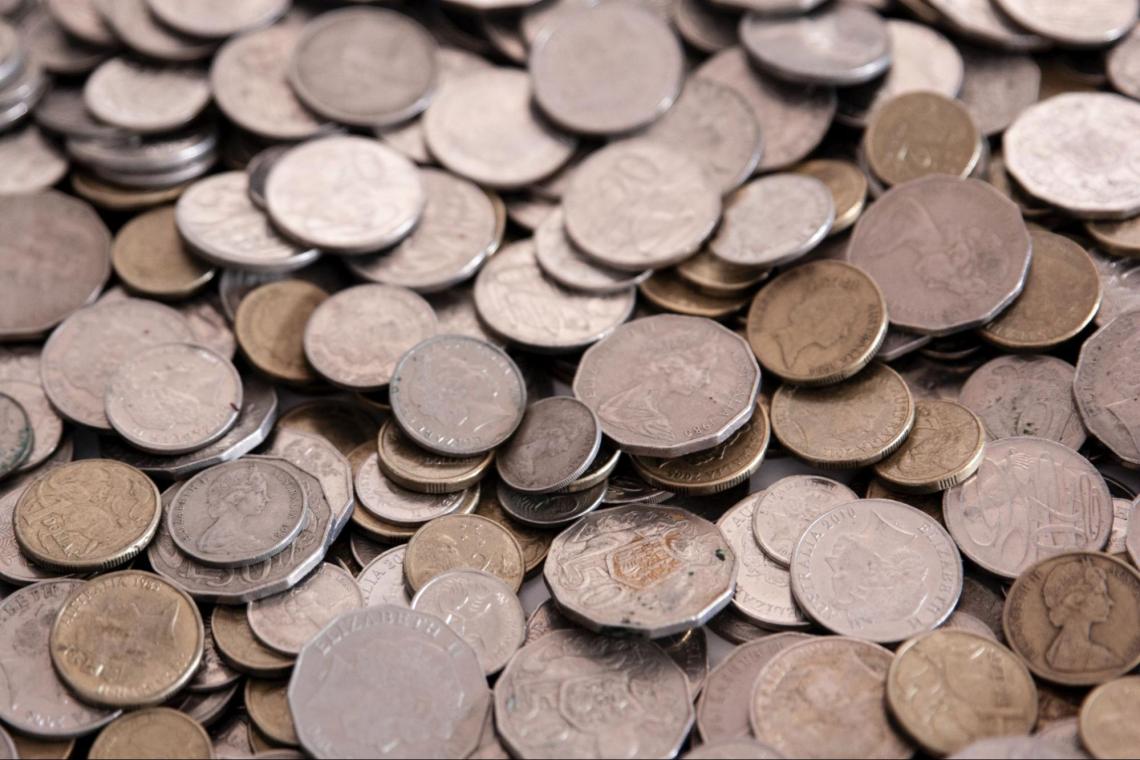 Farming is also an important component, accounting for more than 2% of GDP (and related sectors), with a large portion of output exported.

The country's resource riches have not had a uniformly positive effect on the economy.

The AUD's popularity among traders is due to a variety of factors related to geology, geography, and government policy. The country has also experienced a national housing bubble and has some of the enormous interest rates in the world.

The AUD/USD currency pair is one of the most widely traded in the world.

Regarding domestic market capitalization, the Australian Securities Exchange in Sydney is the 16th largest stock exchange in the world.

During the rise in commodity prices since 2000, focusing on exporting goods and services rather than manufactured goods has supported a significant increase in Australia's trade terms. 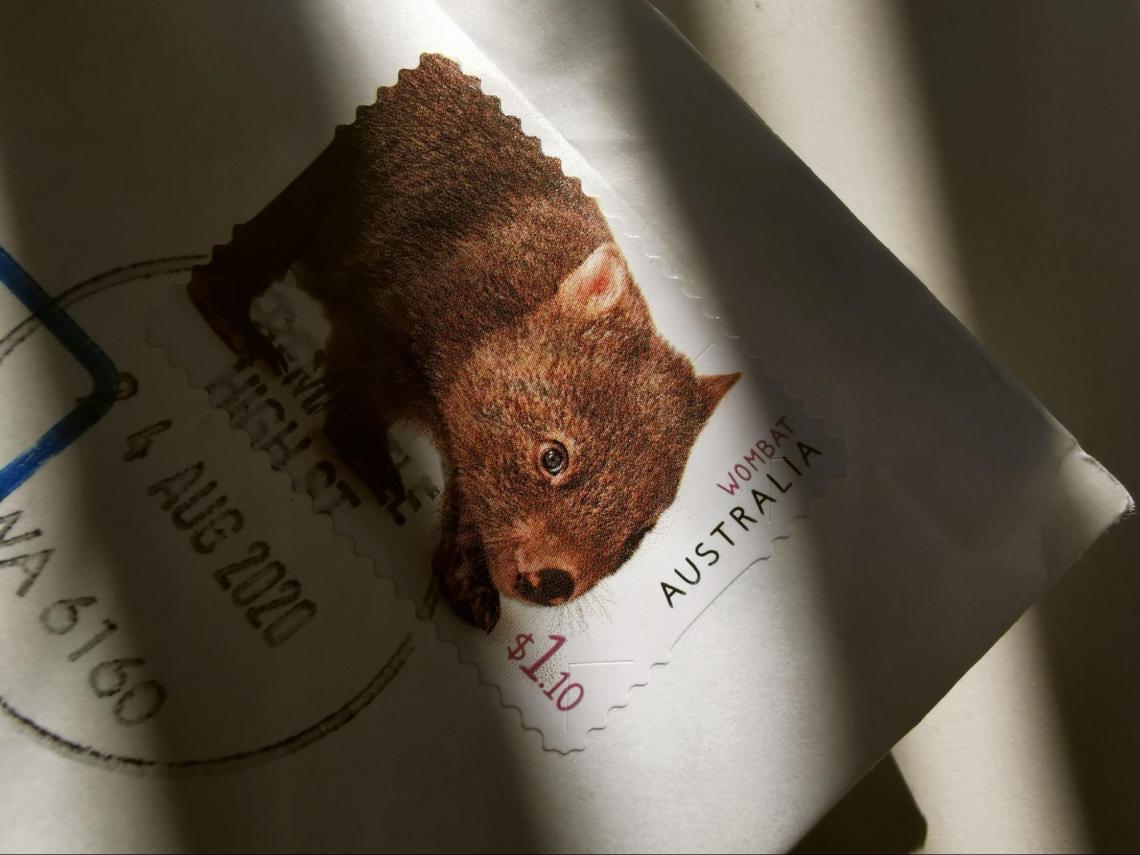 Despite an economic liberalization policy dating back to the early 1980s, Australia has never developed a thriving domestic manufacturing sector. Instead, the country has a solid current account deficit and significant foreign debt. 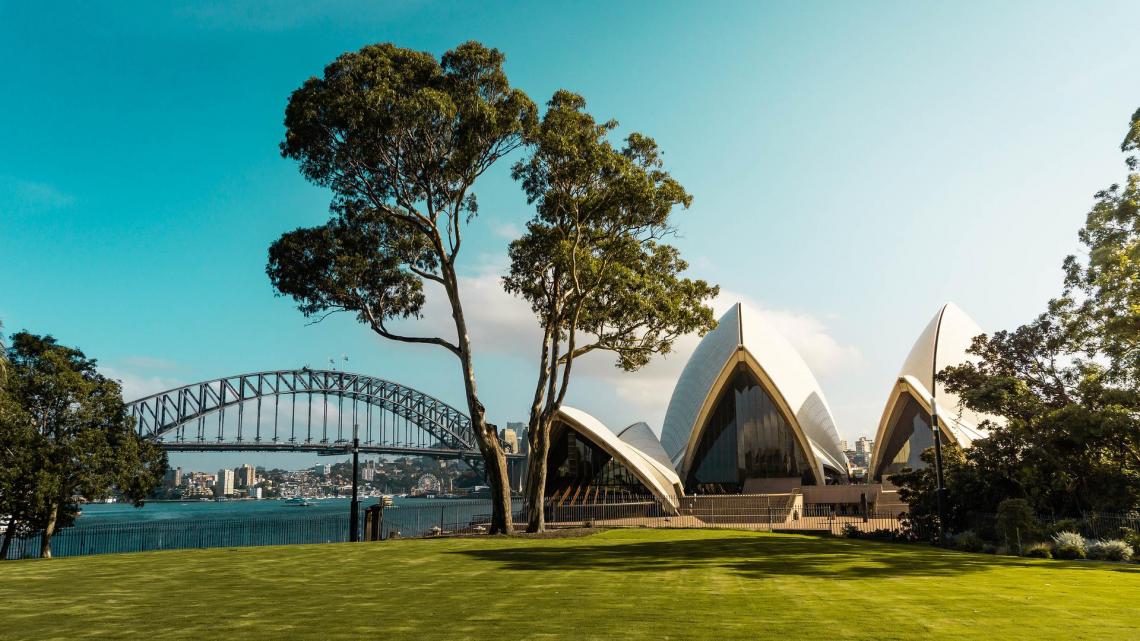 The monetary policy determines the interest rate on overnight loans in the money market.

Since 2020, the Reserve Bank has implemented a broad selection of monetary policy measures to reduce funding costs and support the economy's credit supply.

The flexible exchange rate has mitigated the impact of external shocks on the domestic economy, thereby reducing output volatility.

Australian monetary policy eventually moved to an inflation-targeting framework, with the inflation target replacing the exchange rate as the nominal anchor in the economy.

Under a managed exchange rate, the authorities have some degree of influence over the composition of the balance of payments between the current and capital accounts.

This capacity does not exist with a floating exchange rate and an internationalized currency such as the US dollar.

Despite some significant fluctuations in the exchange rate, the health of the corporate and financial sectors has been largely unaffected. 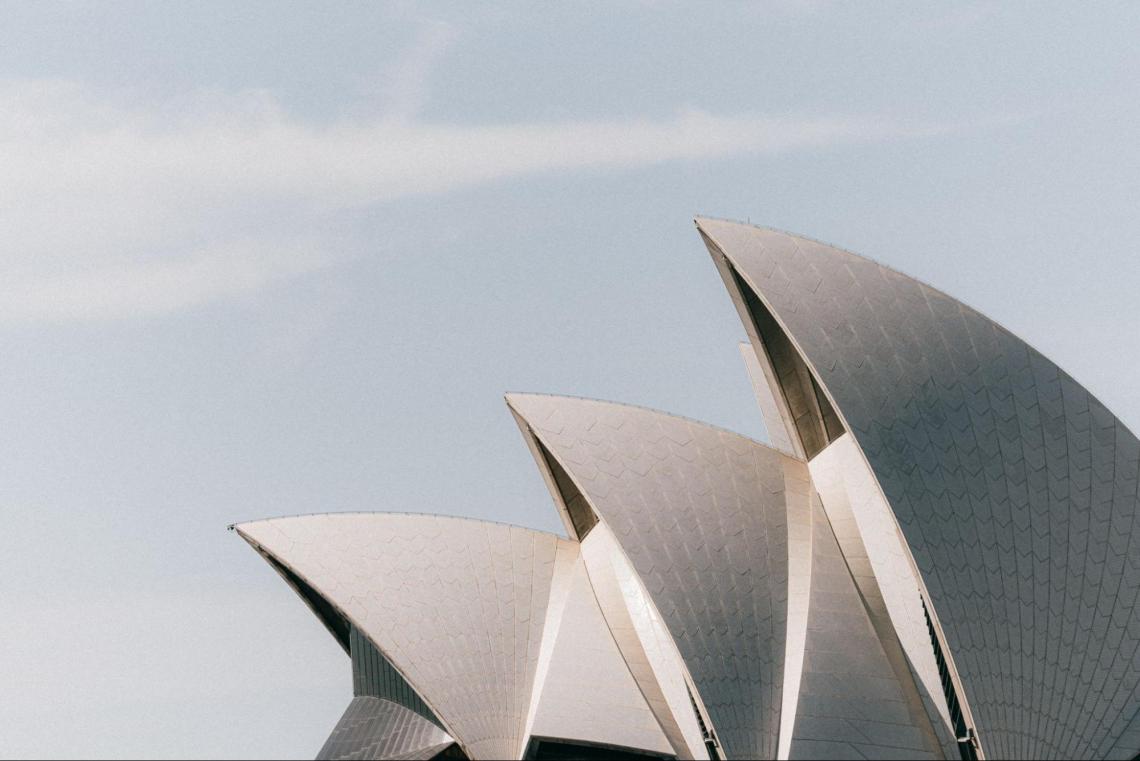 Purchasing Power Parity (PPP) hypothesis links exchange rate levels to price levels between economies. As a result, the exchange rates adjust over time so that the price of an identical set of products and services is the same in any two countries.

In some cases, the PPP indicator could be used to compare economies in terms of GDP, labor productivity, and actual individual consumption, as well as to analyze price convergence and compare the cost of living between locations. 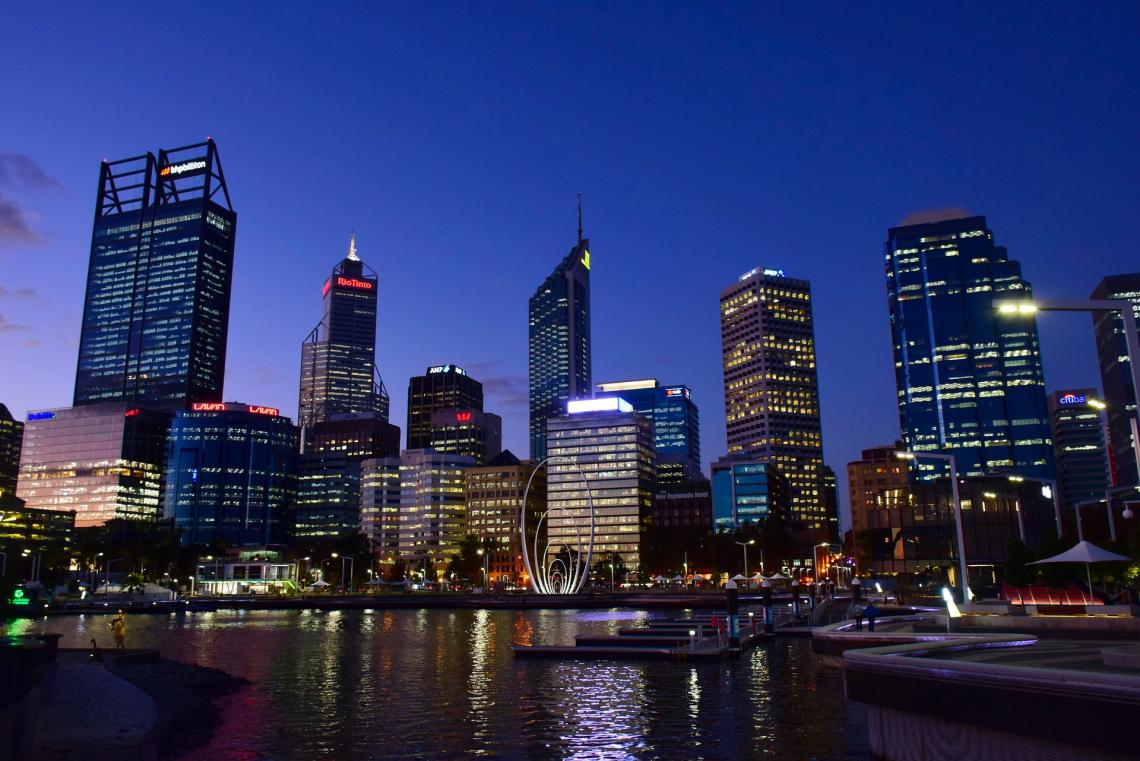 For example, if goods and services in Australia are more expensive than comparable goods in other economies, demand for it should fall over time. This reduces demand for AUD, causing them to fall in value.

An exchange rate depreciation reduces the value of Australia's net foreign liabilities, which acts as a countercyclical force on the economy.

For Australia, the switch to a globalized currency a generation earlier has been highly beneficial. It greatly aided economic management accelerated the development of dynamic financial markets and facilitated eventual reforms to the goods and labor markets.

It is difficult to avoid the inference that the currency's internationalization has significantly contributed to Australians' living standards. 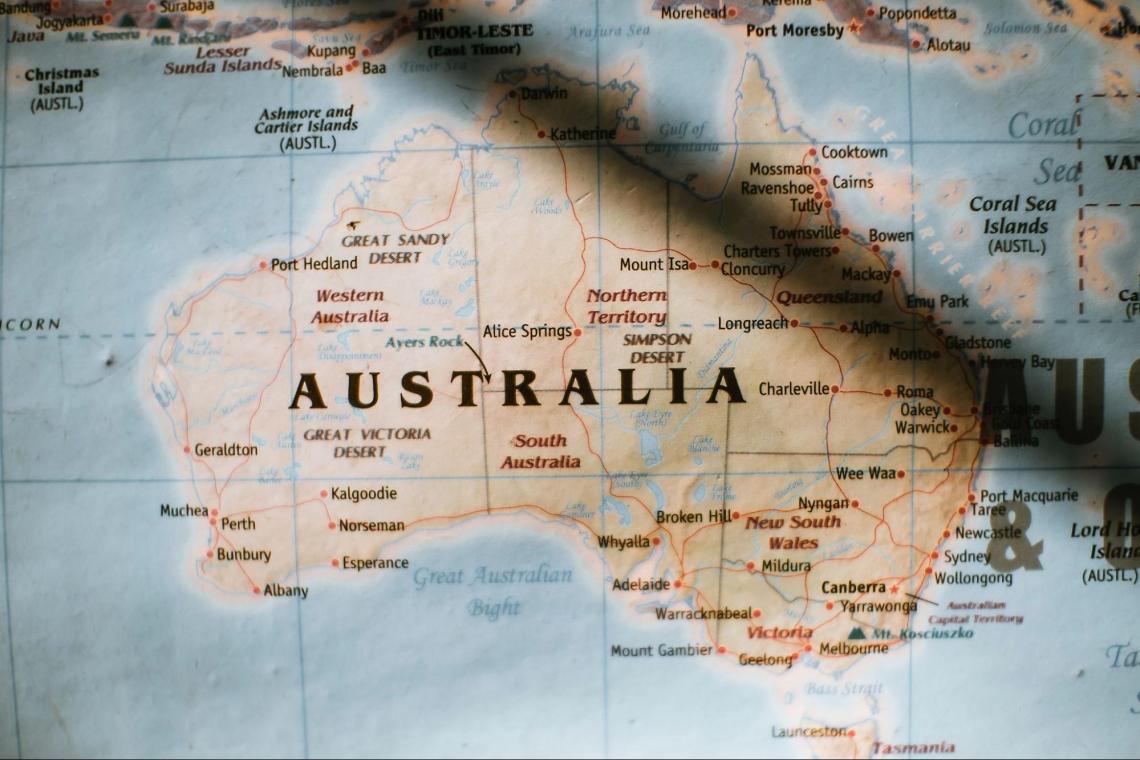 The opposite of all Australian coins depicts Queen Elizabeth II, while the reverse of each coin features a different image.

During the rise in commodity prices since 2000, the emphasis on exporting commodities rather than manufactured goods has supported a significant increase in Australia's terms of trade.