Refers to a cognitive bias where people tend to copy or assume certain behaviors, actions, or opinions simply because of others

The bandwagon effect can be seen in everyday life and is used in various fields, including psychology, finance, and economics. People tend to copy or assume certain behaviors, actions, or opinions simply because of others. It is a type of cognitive bias. 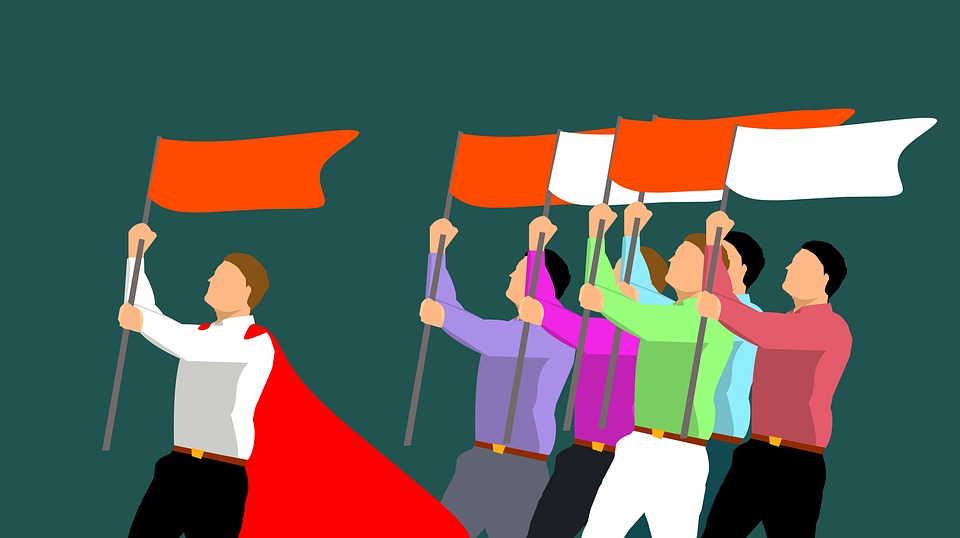 Most of the time, it is doing things that a majority of people are doing because you want to fit in and be part of that majority. This is often known as herd mentality.
It can be worrisome because many people are acting without reason and can even go against their beliefs. Furthermore, the effects are self-reinforcing and become stronger the more people join. It often results in a positive loop. 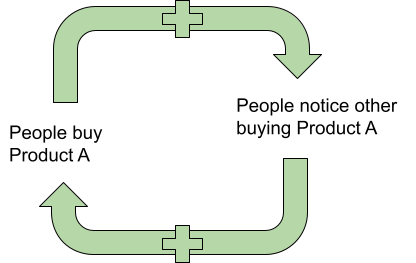 The psychological phenomenon has been around for a long time. But the first time it was coined was during the American presidential election in 1848.

It was introduced when a famous circus clown invited Zachary Taylor, one of the presidential candidates, to join his circus bandwagon. From there, the term "jump on the bandwagon" was adopted.

It was often recited to Taylor's political opponents due to the success and popularity of his campaign.

However, by the 1900s, the term "jump on the bandwagon" had a negative connotation, as it became known as the desire to join the majority, even if it went against one's beliefs.

What causes this effect?

Several facets work together to create such an effect, for instance, psychological, sociological, and economic factors. People are easily influenced, especially when there is pressure to conform to social norms. 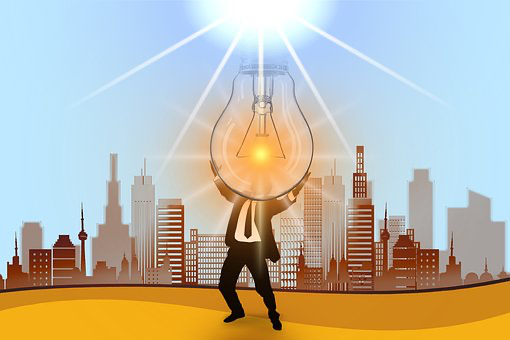 Some common reasons individuals hop on the bandwagon, so to say, are:

People will hop on because it acts as a shortcut and makes decisions more quickly, especially when time is of the essence.

In an economic sense, many people save on the cost of researching information by listening to others' opinions, for instance, stock market experts.

Individuals have a strong desire to feel a sense of belonging. Thus, they may conform to the group to fit in. This is often seen when someone wants to join a particular group and feel accepted.

Individuals who have FOMO are more likely to hop on to avoid the anxiety of missing out.

Individuals may act a certain way and are susceptible to bandwagoning when they want to be on the winning side. This is often seen in political campaigns when people vote for the leading candidate.

When a large group of people believes something, many will conform to that thought because they desire to be correct, which is determined by the majority.

When people want to be a part of an in-group, they will behave as members of that group to be included.

While the effect is unavoidable, there are some ways you can reduce your susceptibility. One way to achieve this is to make decisions free from outside bias.

Another way you can minimize the effects is by understanding the underlying reason behind your behaviors or decisions and reflecting upon them.

In economics, the effect is highlighted through its influence on demand and the demand curve. 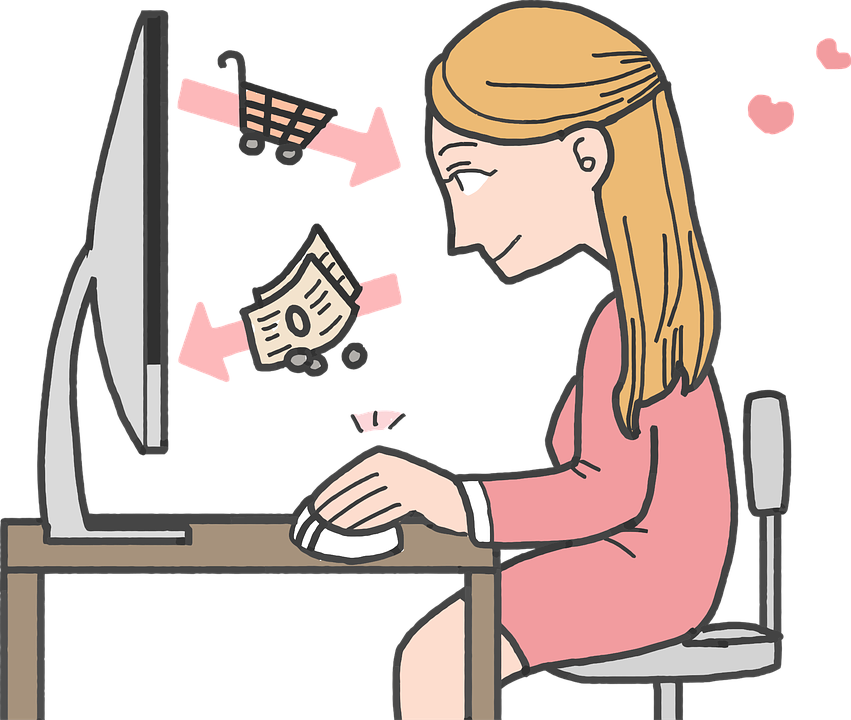 Demand is a consumer's willingness to buy certain products or services at a specific price. So, naturally, there is a downward-sloping relationship between prices and quantity demanded.

If prices increase, fewer people are willing to buy that product. But, on the other hand, if prices decrease, quantity demand for that product would increase.

However, Gary Becker, a well-known American economist, has argued that the effect has the power and influence to flip the demand curve. When this happens, the demand curve will be upward-sloping, with a positive relationship between prices and the quantity demanded.

This indicates that even if prices grow, demand for that product will continue to increase. While this may not make sense, it demonstrates this effect's strong influence.

The following graphs show the difference between a standard demand curve and a demand curve influenced by the bandwagon effect.

This effect can be seen with conspicuous goods like luxury cars, high-fashion clothes, or technology. Often, people will buy popular or fashionable clothes regardless of price, thus effectively flipping the demand curve.

Price bubbles are when the price of popular securities keeps rising in financial markets. The cost can rise so high that it exceeds the average market value, and the deposit is overvalued. 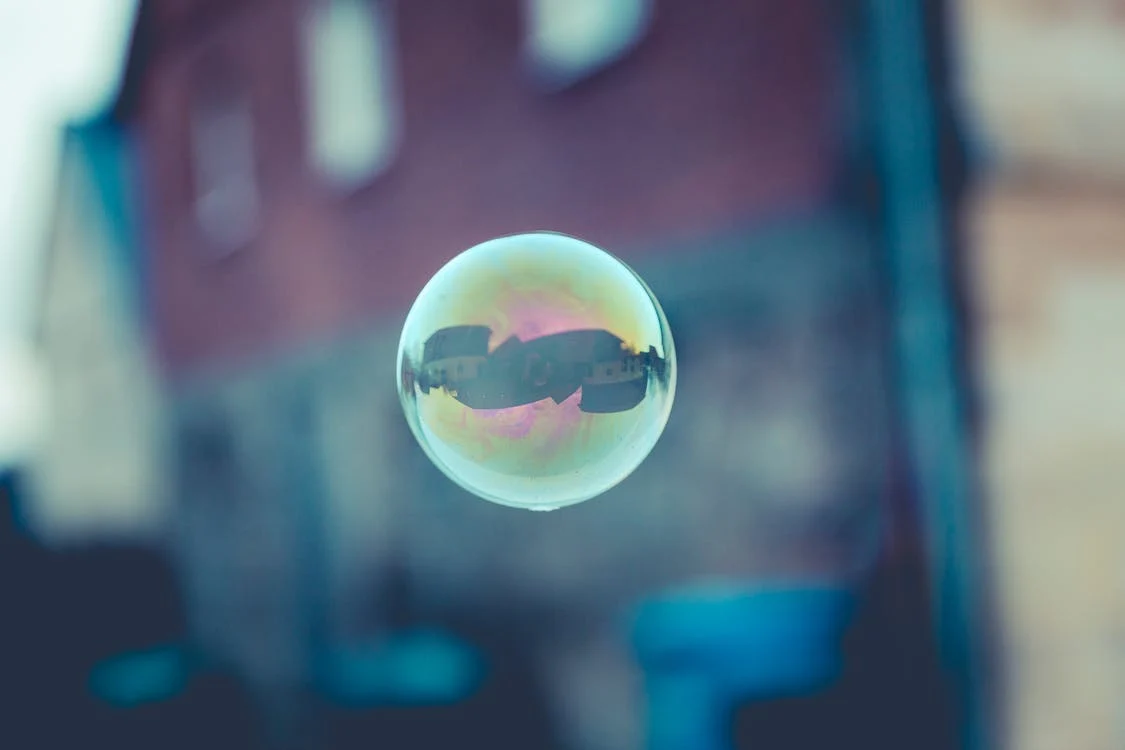 Price bubbles usually occur because when many individuals invest in the security, the price increases, which, in turn, attracts more investors resulting in a positive feedback loop. 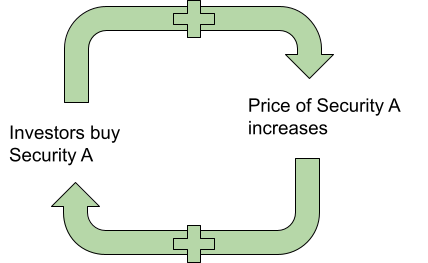 Some examples of price bubbles include the housing market in the US during the 1920s and 2000s, which led to the great depression and the 2008 financial crisis, respectively.

Similar to price bubbles, the bandwagon effect can result in reflexivity, a concept built by George Soros. Soros theorizes that feedback loops are built into financial markets because investors' perceptions influence economic fundamentals, which then influence investor perceptions.

The theory argues that investors' decisions are not based on reality but on their perception of what is real.

Liquidity holes are born out of panic and anxiety about market conditions. In the face of unexpected events or news, people tend to stop their trading activity till there is more clarity on the situation.

However, this decreases the market liquidity because of the reduced number of market participants, both buyers and sellers. 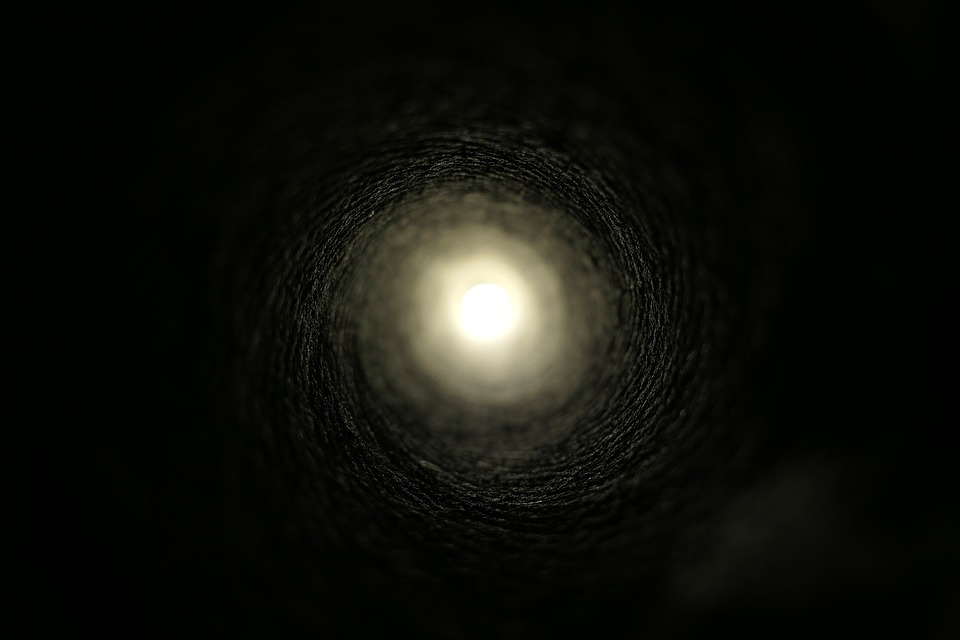 Due to the lack of liquidity, price discovery is skewed, which causes shifts in the prices of assets and securities. This shift can cause more panic and uncertainty, which leads to more people halting trading activities. Thus, the cycle begins.

As liquidity holes demonstrate, this effect can also stop people from behaving a certain way or participating in activities because other people have quit. It is not limited to just adopting practices.

Following the crowd and simply buying or selling because of others can result in bubbles or crashes, which shows the detrimental effects of bandwagoning. However, it can also lead to bull markets. These are markets where the prices are rising or expected to grow more than 20%. 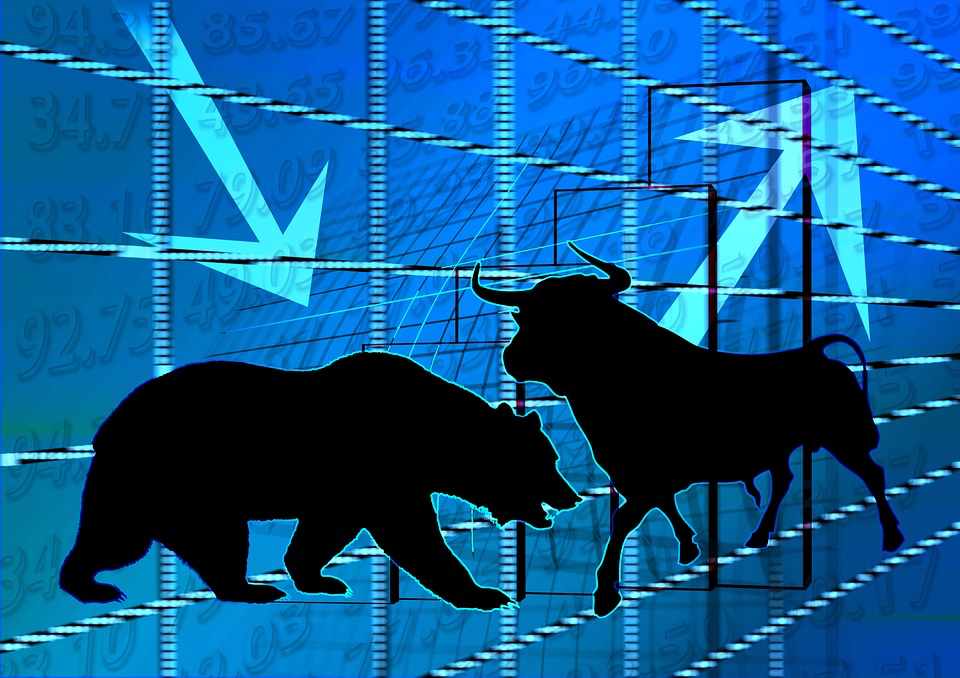 On the flip side, a bandwagon effect can be triggered by a company's initial public offering (IPO), as seen in the case of SNAP Inc., whose stock price appreciated 58% from the initial $17.

Investors are motivated to buy the stock because stocks are often cheaper when they are first listed. This leads to the store performing well, which, in turn, attracts more investors, further driving prices up.

However, once the novelty has worn off and investors do their due diligence, the stock price often decreases and corrects itself. This was also seen with SNAP Inc., whose stock price was fixed to $20, following a high of $27 a few days after the initial public offering.

Black Monday, October 19th, 1987, went down in history as one of the biggest market crashes when the Dow Jones Industrial Index fell. 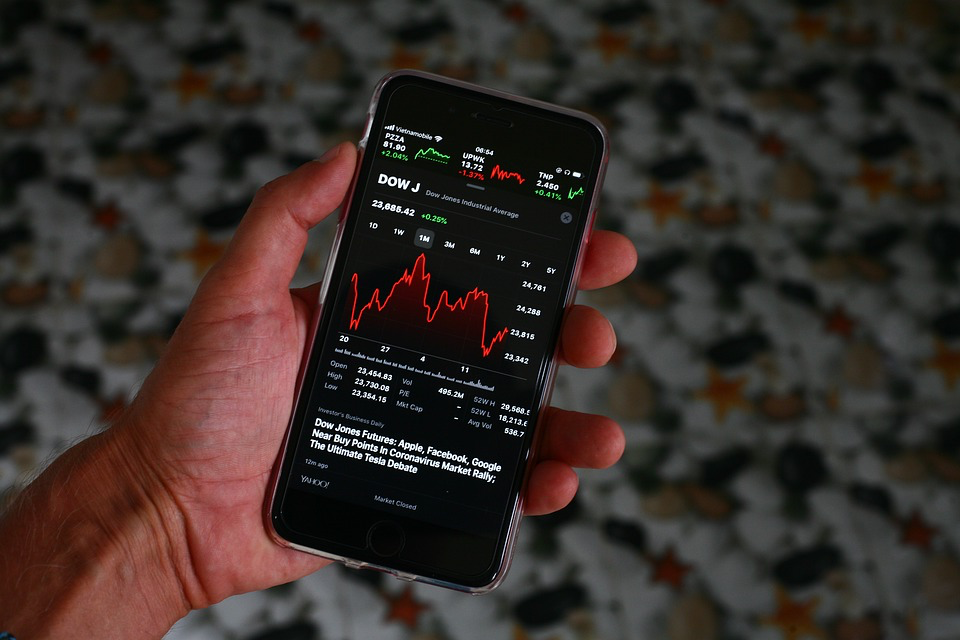 While there were many causes of the crash, and no sole reason it can be attributed, studies have argued that the effect also played a part. Studies claim that market participants attributed their behavior to an impending crash, which drove their trading decisions.

Another example of poor investment decisions by blindingly following the majority is the dot-com bubble of the 1990s. After seeing the success and rising stock prices of tech companies, many tech start-ups popped up. These start-ups, however, did not have a solid foundation.

Despite this, they attracted many investors due to tech companies' effect and performance expectations. In addition, many media companies encouraged people to invest in tech stocks by reporting optimistic expectations on returns. 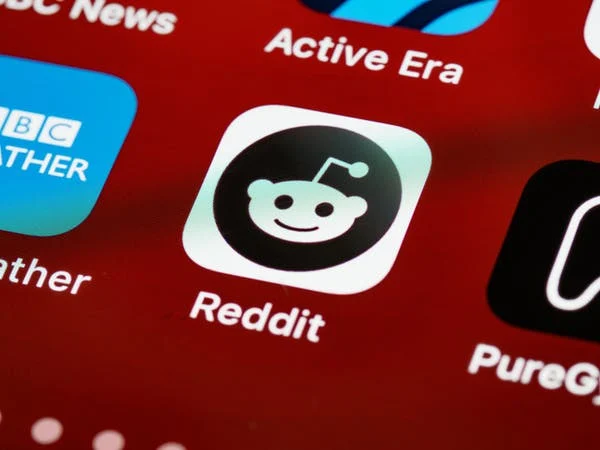 The Reddit GameStop stock situation is a more modern example of the effect concerning the stock market. Over a month in 2021, the price skyrocketed from approximately $17 to $350.

Investors started buying the stock to fight against short-selling, which drove the stock price through the roof.

People saw the increasing stock prices and wanted a piece of the action. So they jumped on the bandwagon without proper research, pushing prices further.

It ended with a considerable price drop, which impacted amateur investors who bought the stock due to the "hype" created on the Reddit community and other outlets. 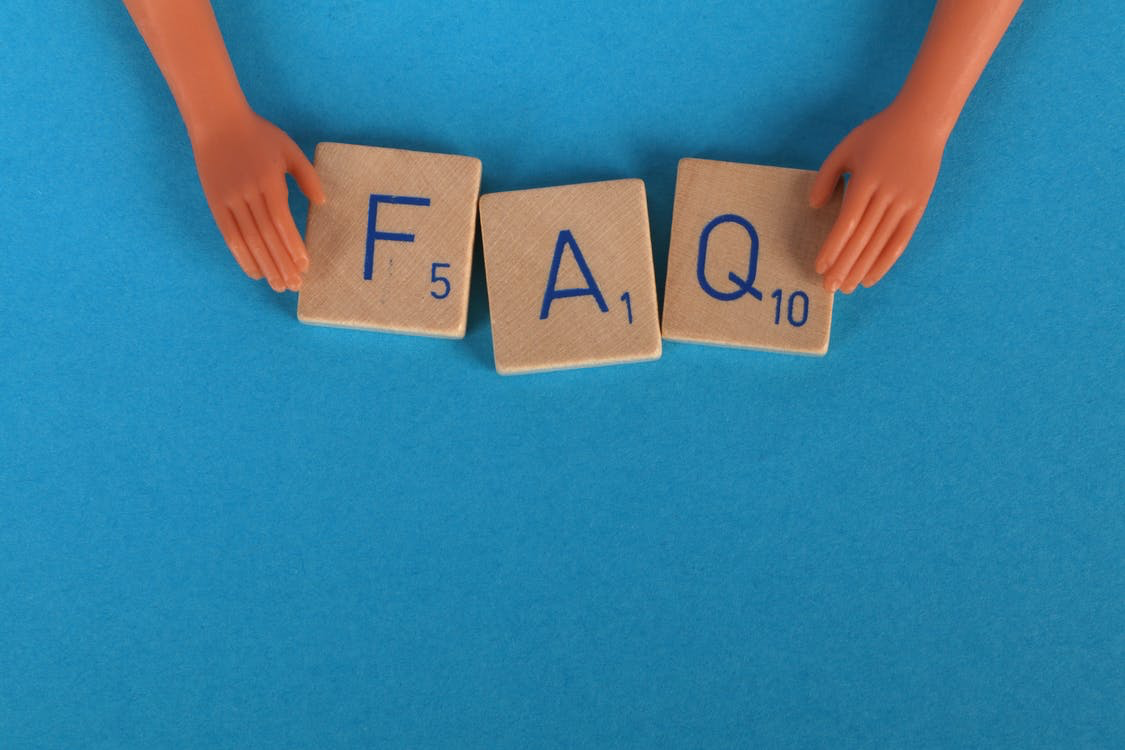 What are some advantages?

It creates demand for products and can help companies achieve sales growth. Another advantage is that companies can leverage the new interest to expand and build their consumer base.

What are some disadvantages?

A disadvantage of bandwagoning is that it leads to groupthink, where people conform to groups to keep the peace. However, this leads to weaker decision-making. It also pushes people to adopt values or practices that may go against their beliefs, which can be dangerous.

Another disadvantage is that it spreads quickly and has a far reach. Once the spread has started, it is hard to keep it under control or influence the outcomes of the effect.

Furthermore, it can negatively affect financial markets, especially during economic downturns where everyone halts or decreases trading activity and market participation.

What are other terms used to refer to this phenomenon?

Other terms related to or can be used to refer to the bandwagon effect are herd mentality, groupthink, mob psychology, and the snowball effect.