The National Stock Exchange of India is one of the only two major stock exchanges currently operating in India. It was established in 1992 and was the first and only stock exchange to provide fully dematerialized services in India. 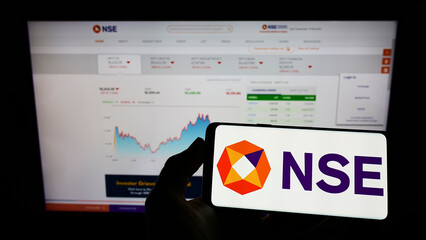 The NSE provides services in the following segments:

It works on an anonymous basis, which means that the buyer's and seller's identities are not revealed in a transaction.

It is located in Mumbai, Maharashtra, and has regional offices in

Its benchmark index is known as the Nifty 50, which is the most actively traded index fund all over the globe in terms of sheer volume. NSE almost touched a market cap of $3.4 trillion in August 2022, making it the 10th largest exchange in terms of the market cap all over the world.

NSE was the first dematerialized stock exchange in the country, which initiated transactions and trades for each and every person who was qualified to do so, connecting people and traders all over the country and even increasing the reach of markets to new households.

Currently, NSE is way ahead of the Bombay Stock Exchange or BSE, which is the direct competitor of NSE and the only other significant exchange left in the country after the demise of many others like the Calcutta Stock Exchange, Ahmedabad Stock Exchange, etc.

In its initial years, NSE tied up with S&P and Goldman Sachs to rebrand itself as a premium service provider in the Indian markets. Currently, traders and investors in India prefer NSE over BSE because of its transparency and better services when compared to the latter.

The National Stock Exchange of India enjoys a much bigger chunk of the total market share due to its better reach and efficient operations than other exchanges.

History of the National Stock Exchange of India Limited (NSE) 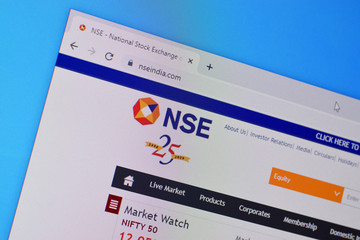 NSE was created in 1992 and was recognized as a legal stock exchange in 1993. It was initially created as a tax-paying company.

The NSE was created by a group of big domestic and global institutions like the Life Insurance Corporation of India, State Bank of India Bank, Industrial and Development Bank of India, etc. This was done at the behest of the Indian government in order to bring transparency to the Indian markets at a time when the equity markets were heavily manipulated by large institutions and HNIs.

The Securities and Exchange Board of India (SEBI) was also established as a corporate entity around that time which further helped in regulating and stabilizing the Indian markets.

NSE also had a significant role in establishing the National Securities Depository Limited, which allowed investors to hold stock and bond instruments electronically. NSE was also the first exchange in India to introduce global indices.

Recently NSE subsidized a company in the GIFT city of Gujarat to initiate trading of the top 50 listed companies of the United States of America through DVRs. This is a revolutionary service being provided to the people of India, allowing them to invest their money in international indices as well. 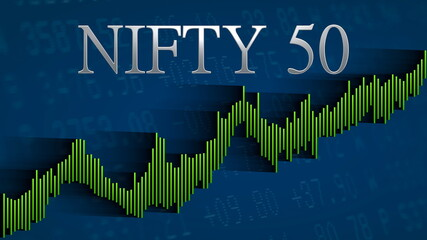 Nifty 50 is a benchmark stock Index of the top 50 companies as per market capitalization. It is owned by NSE Indices Limited.

Many analysts and investors consider the Nifty 50 to be a proxy for the health of the Indian economy, and this is because it consists of the top 50 companies of India, therefore, representing the overall condition of business in the country.

November 3, 1995, marked the completion of one year of the operations of NSE, thus, making it the base year with appropriation as 1000.

As companies are added with respect to market capitalization, companies generally face an increase and decrease in market cap with changing market conditions. The index also rebalances itself, considering those market changes.

These sectoral indices show the trends in the various sectors of the market individually.

NSE also launched the CNX VIX in 2014, which is a volatility index. It shows the market volatility at different points in time. It is linked to derivative and options trading in the Nifty, showing how the markets perform at a particular time.

Generally, a higher VIX indicates high market volatility, and these are situations of extreme fear or extreme greed in the market. On the other hand, a low VIX shows that the markets are comparatively stable, and extreme emotions are not governing the market at that moment.

In short Nifty 50 can be summarized as a benchmark index that consists of the 50 biggest blue-chip companies in the Indian market. The index is rebalanced every year twice on the last date of January month and the last date of July month.

What is the algo scam (Algorithm scam) or colo scam (Colocation scam)?

The Algo scam has been called by various names, including names like The Co-Lo scam and many more. The case gained nationwide attention in 2015 and has drawn scrutiny from various regulatory bodies since then. 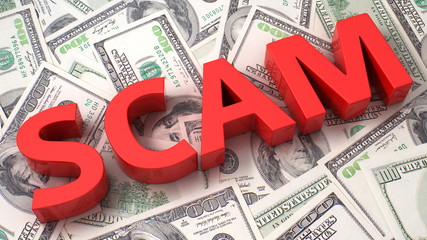 NSE stands for National Stock Exchange and, as we all know, is a certified private entity that provides its services to the common masses and big institutions.

In November of 2015, a whistleblower complained about the fraudulent practices ongoing in the NSE in a letter he wrote to SEBI.

The regulatory body started a probe into the matter and found several inconsistencies between the two managing directors at that time, Mrs. Chitra Ramakrishna and Mr. Ravi Narain.

The SEBI probe into the matter found that some selected brokerage institutions were provided with the market data from the NSE servers marginally before other institutions and were given preferential treatment. In professional trading, even a split second is considered valuable and major; it resulted in huge profit bookings by the preferred brokerages while the rest of the market suffered losses.

Algo, in this case, stands for Algorithm, and Co-Lo stands for Co-Location. At the center of all conflict was the TBT(Tick-by-tick) algorithm, which was flawed. 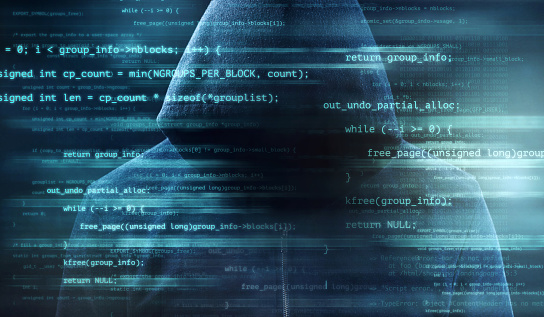 Modern big exchanges all around the world follow trading algorithms to facilitate trading at faster speeds and to reduce the time between operations.

The TBT algorithm used by NSE was based on the Unicast System, which provided data to servers one by one when requested. This resulted in a delay in the transfer of data to market participants. SEBI fined the NSE for using the flawed TBT Algorithm.

Under this system, brokerages were given space very close to the Exchange's servers to increase the speed of data transfer due to the proximity of servers to each other, in this case, inside the NSE building.

Some brokerages found flaws in the pipeline of the server exchange mechanism, and with the help of people inside the management, they exploited the servers of NSE to obtain crucial data seconds before it reached the market.

What happened after the NSE scam? 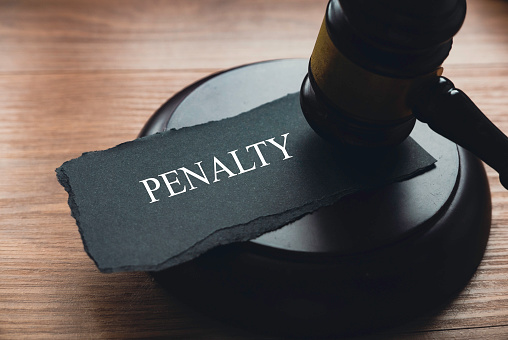 The Securities and Exchange Board took several actions, one of which was it fine the NSE multiple times. The total liability on the body due to fines from various bodies was estimated to be around ₹1000 crore.

The managing directors, Mrs. Chitra Ramakrishna and Mr. Ravi Narain, were also fined 25% of their salary each during the period of the case. Both the directors eventually resigned from the Board and were punished according to the relevant law.

The scam containing the directors of the NSE ruined its public image, which crushed its plans to release an IPO of its own, which to date is pending. People related to the case were investigated by SEBI.

New managing directors were appointed who tried to settle the case by using diplomacy in the public light. They also created a consent mechanism wherein they abolished the old TBT system and incorporated a new mechanism for delivery for day trades.

The Stock exchange lost the reputation and trust of the investors, but over time it restructured itself. The case is still not fully closed, and the SEBI, Income-Tax Department, And the CBI is still investigating the case.

Is the NSE listed on the stock exchange?

The NSE had filed regulatory documents for its IPO in 2016 itself, but because of this colocation scam, the SEBI and other watchdogs halted the process as they are in the process of reviewing its credibility and sustainability. 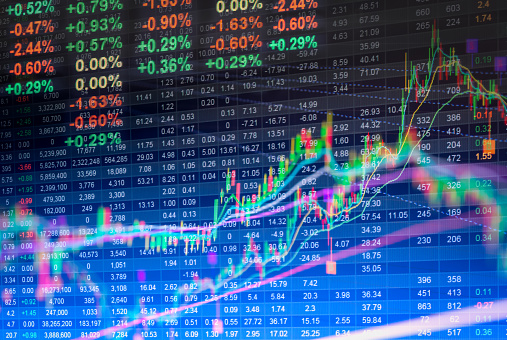 Just like its competitor, the Bombay Stock Exchange, NSE also aspires to be listed on the bourses as soon as possible.

Listing on exchanges would allow NSE to cut down on its transaction cost and get data on its bids and sell orders electronically.

According to several analysts, NSE's IPO may be around the corner. If this is true, NSE will become the second stock exchange to be listed in the equity markets.

If regulatory watchdogs give clearance to the NSE IPO, it is expected to be one of the biggest IPOs in the history of Indian markets. Analysts estimate that NSE is planning to raise ₹2 lakh crore (₹2 trillion).

On the brighter side, after the IPO, the exchange body is expected to be transparent in its operations. NSE would also be more credible to investors and the public at large since listed companies are required to disclose much more information than private companies.