Some People Are Hard to Say Renault to 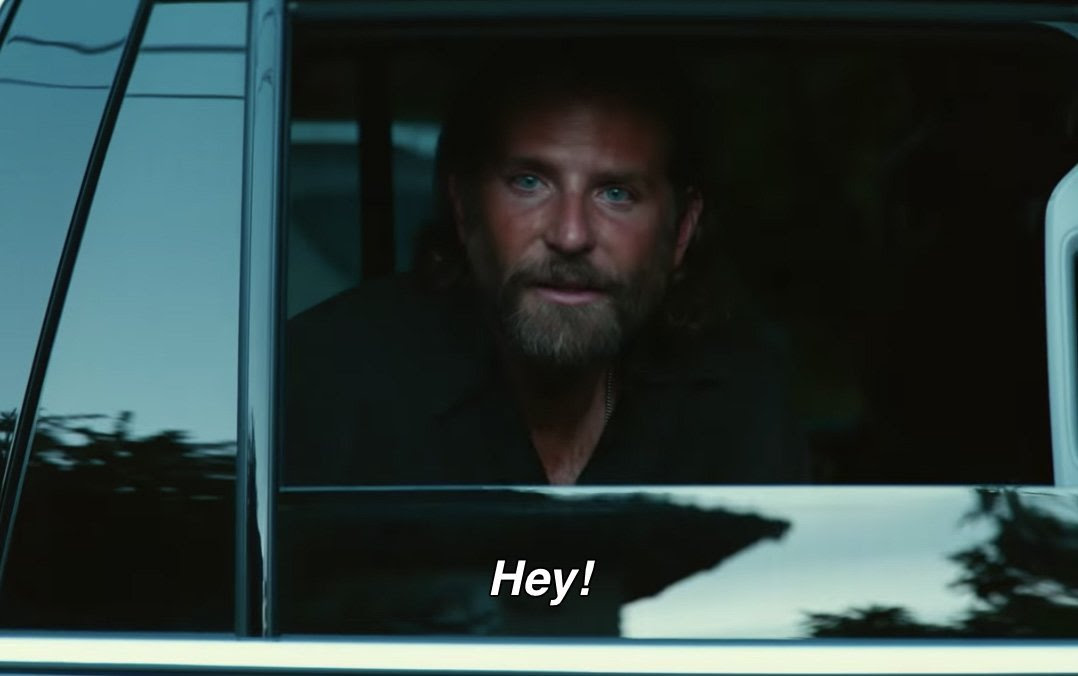 We don't get a ton of earthquakes here on the East Coast, but we're pretty sure this is what they feel like. Italian-American automaker Fiat Chrysler Automobiles (FCA) has proposed an almost $40 billion megamerger with French rival Renault, a deal that would represent a tectonic shift in automaking and create the world's third-biggest carmaker.

That's because it would give FCA and Renault leverage in the expensive, fiercely competitive transition toward electric and driverless cars currently upending generations of combustion engine scaling.

Together, FCA and Renault made roughly 8.7 million vehicles last year, which puts them behind only Volkswagen and Toyota in terms of output.

FCA said ownership of the combined automaker would be split 50/50 between its shareholders and Renault's. The new entity would be based in the tax-friendly Netherlands.

So will it happen? Like your parents when you asked about going to the post-prom party, Renault said, "We'll think about it." Unlike your parents, it might not give FCA a hard time.

Neither FCA nor Renault is on the brink of collapse, but car sales are slowing. What's growing are the costs of developing new tech to meet both changing demands and stricter emissions regulations.

If a deal does get done, two pro-consolidation auto industry titans, FCA's Sergio Marchionne and Renault's Carlos Ghosn, won't have played a role. Marchionne died last July and Ghosn's been arrested over charges of financial misconduct.

Pharma on Trial in Oklahoma

Q: Can drugmakers be considered legally responsible for the opioid crisis?

A: We'll find out soon in Norman, Oklahoma.

In a trial starting today, lawyers in Oklahoma will argue that Johnson & Johnson should be held accountable for furthering the deadly opioid crisis that at its peak killed 15.5 people per 100,000 in Oklahoma.

It's the first case to go to trial of around 2,000 lawsuits brought by states, cities, and Native American tribes. That means the outcome of this trial could set a precedent for the rest of those who've filed suit and the companies they're hoping will settle. Already…

In the possibly two-month trial, the state will argue J&J is a "kingpin." The drug juggernaut will argue Oklahoma ignored "basic facts" of a heavily regulated business. We'll be paying close attention.

For Alibaba, There's No Place Like Closer to Home

Alibaba is considering another public listing-this time in Hong Kong and with a goal to raise $20 billion, reports Bloomberg.

The backstory: The Chinese e-commerce company made a splash in NYC in 2014, when it raised $25 billion in a record-breaking IPO. But you might be surprised to know, proud New Yorkers, that your city wasn't its first choice.

This is about home court advantage. Listing publicly in Hong Kong will give Alibaba access to investors in its home country who know the ins and outs of the company. Plus, Chinese tech firms aren't enjoying a warm reception in the U.S. these days due to the ongoing conflict that rhymes with "grade yore."

Looking ahead…sources tell Bloomberg Alibaba could file confidentially as early as the second half of this year.

his spring has been one of the deadliest climbing seasons in years for Mount Everest, the world's highest summit. At least 11 people have died, and from reports out of Nepal this week, it looks like at least some of those deaths were avoidable.

What's going on? The normal risks like blizzards or avalanches aren't to blame this season-it could be overcrowding that's taking lives. Photo evidence from one climber who summited Everest last week: 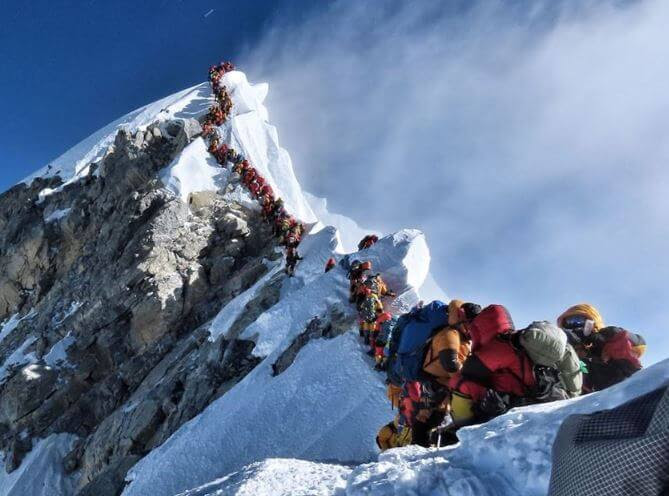 Zoom out: Tourism is essential for Nepal, one of Asia's poorest countries. And the government, which largely oversees Everest expeditions, is hungry for the big bucks people spend on the adventure. A single experience can cost $70,000, per the NYT.

Bottom line: Nepal is struggling to balance the allure of tourism $$$ with safety measures for its premier attraction.

The (Shorter) Week Ahead

Prepare to be confused about what day it is.

Monday: That was yesterday

This Is Jeopardy
With champ James Holzhauer showing no signs of slowing down, we've been watching a ton of Jeopardy recently. And the question writers rewarded us with a stock ticker category. See if you can go 5/5 on these...but remember, you must phrase your answer in the form of a question.