Humor is a large part of landing hot chicks. If you can make her laugh - you can win her over. It could be pre-selection too - what do you think? 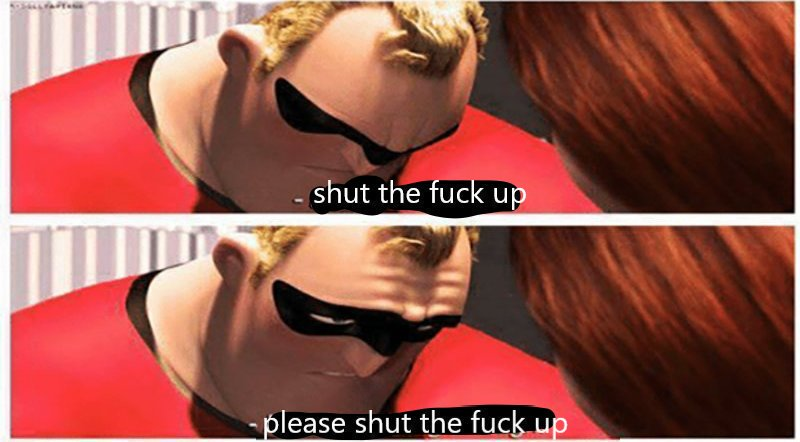 They hate us because they anus

18d
Fast and Fiduciary, what's your opinion? Comment below:

I think anyone pointing to his physical endowment is fooling themselves-I honestly believe it's because of his relative level of fame (which makes life easier as a celebrity) and the fact that he's a sensitive, funny guy that has a great relationship with his family.

Scatter Plot In Excel With Regression Line
Most Helpful

18d
Fast and Fiduciary, what's your opinion? Comment below:

I think it's also important to note that his relationships don't last very long. Although they are with incredibly beautiful women, I can only assume that they use Pete for temporary satisfaction, leaving him with an increasing emptiness and longing for meaningful companionship, and further resulting in him hiding his lingering depression behind his comedy.

But it could also be the other way around.

So in your opinion skete would have left ariana grande, kim k and all the others?

Damn you really came for him

Guy definitely has game, and I think his humor and happy go lucky attude is what these women are looking for after probably some tough breakups, with some more dominating guys. Although there seems to be the trend that these girls get rid of him  rather fast.

But who cares right, he might as well enjoy every minute of it.

is he actually funny tho?

some of his old stuff was decent

True Story:  I was a year behind his coworker/SI Ferry co-investor in HS.  I'd rather that gig, even if I was getting Ryan Reynolds sloppy seconds.  The one year I gave $50k to the place I still ended up behind him, although I still suspect it was mostly his wife's $$$. (this was before they got paid for the Amazon super-bowl ad)

Love your posts Isiah but humor isn't what makes Pete Davidson successful, and this advice in a nut shell is pretty poor. A lot of guys take it wholesale and run what I call clown game, which will never get a girl turned on

if she finds you attractive and is interested then she will find you funny unless you have a very boring personality. Charisma and owning a room can massively help, but it's more nuanced than "be funny"

also if humor was what got Pete Davidson laid then every SNL cast member in the past would be famous slayers instead of mostly dejected weirdos. Pete Davidson gets women because of the reputation he has a massive dong and that a high status woman like Ariana Grande dated him, meaning other women wanted to see what the fuss was about. Women, much more than men, are herd animals and rely on social approval with their partner and other major life decisions. If every woman says they want a guy then a woman will find her attractive. On the other hand, if all your buddies said a girl was hot but she wasn't your cup of tea then it would do nothing to make her more attractive in your eyes.

make no mistake that is why women are into Pete Davidson. He is objectively not attractive and any woman saying he's cute just don't lack the introspection to understand why they feel that way. It's like a guy thinking the hooters waitress has a nice personality.

It's called pre-selection. This is why women love social media. Most of them don't even know what they are attracted to so they have to listen to the opinion of their friends and other people to decide, it's a total joke. They aren't logical like us. Amy Schumer could sleep with Chris Hemsworth, Brad Pitt, Michael B Jordan, etc and I still wouldn't wanna touch her with a 10 foot pole.

This is the right answer

Dating him is a humiliation ritual the Small Hats in Hollywood have cooked up to get their uppity divas under control - if they have been with Skete, they are so sullied they will do anything their producer tells them to do, ANYTHING.

I am only half-joking...

All the women going "seeeee teehee we told you men, all you have to do is have a good personality and you can sleep with Kim Kardashian, Ariana Grande, Kate Beckinsale, Emily Ratajkowski" make me want to end it all

It's the same shit with "see, women love the dad bod!"

If anyone thinks "game" is why Pete Davidson gets these women then its likely you don't understand women very well (that sounds rude but I don't mean it to be, don't feel attacked hear me out). Monkeynoises' reply is more realistic.

As an average looking guy, I learnt that once you date 1 or 2 "it girls" in the same social bubble, they would literally fall over themselves to be with you next, I did this in college and high school without being particularly rich or handsome, my older brother was the one that taught me this, I thought it was a one off in high school but when I got lucky with a particularly hot and popular girl in college and word got around (mainly from my friendship group) I became popular myself and became that "how does he get all the hot chicks" guy because all the other hot chicks wanted to be next and as you can guess i let them.

Its even better if you're not that particularly attractive yourself because it adds to the mystique which is what Pete Davidson is benefitting from, no one would've batted an eye if it was Justin Bieber or Jason Mamoa.

Women go off status, if you're known to be the guy with the best girls, the best girls would line up so they can be next to you reaffirming that indeed they are the best and the cycle repeats, yet its that simple and in a world as small and public as Hollywood its very easy to become known as that guy particularly when you look like Pete Davidson.

Edit: I should add, this is much harder to do when you're out of college and in a big city like LA, NYC, London or Miami. I just said I used to be that guy, well since I left college, the amount of ultra attractive women I sleep with constantly has fallen off a cliff because there is no closed off social group for me to be popular in, the women i connect with do not know each other so they aren't fighting to be THE ONE. This tactic only works in college, high school, very small towns, and very tight knit small careers like entertainment, so if you are in college and are having a hard time, find the hottest popular girl and somehow convince her to date you even if its not for too long, you'll be surprised to see girls sliding in your dms.

Well said. The people saying it's cause he's "funny" and "nice" are most likely missing some brain cells. It's very obviously a pre-selection thing, but only now do I realize women do that because as you said, they want to reaffirm that they're the best. Whereas men just want to sleep with attractive women regardless of her status.

he's not even that funny. definitely on the lower side among comedians.

Efficient but not effective.

The ones talking about pre-selection/status validation are right.

Thanks for the information !

Humor is a large part of landing hot chicks. If you can make her laugh - you can win her over.

Coming from a girl, yes. Pete Davidson isn't "conventionally perfect" but he is funny, confident, and makes you laugh. Jack Harlow and him are similar to me but different fonts. I would take them over washboard abs pretty boy any day.

I like how you just glossed over the fact that they're also both very tall, rich, and famous. Just be funny and confident, right

She gets MS for stating her preferences in men. How cringe.

She ain't gonna sleep with you buddy

Dude is not funny. Dude is current cool thing…what does that tell us

Getting chicks to date you is just getting them to think you are viewed as high status/desirable to most of society.

I think there is something else going on like a publicity,  hollywood thing.

I agree. Like some backdoor agreement that they will date him in exchange for some publicity and they're both part of the same agency or some shit

Are the "classic" books worth reading?
+115OFFby Fast and Fiduciary
Ranking the Shape of States in the USA by Prestige
+106OFFby Amicable Chungus
Turned down a spot on Forbes list, may turn down my girlfriend next
+103OFFby ADTIBE
The growing jealousy towards Tech on WSO is getting ridiculous
+77OFFby IncomingIBDreject
How to respectfully turn down a job offer from someone in your network?
+74OFFby msdixie
Another year has come and gone. Who were your most listened to artists on Spotify?
+64OFFby Arroz con Pollo
Have you ever turned down more responsibility for personal reasons?
+49OFFby Isaiah_53_5 💎🙌💎🙌💎
Using AI to generate stock pitches and other finance stuff
+35OFFby matt19215
RIP Liver King
+33OFFby Isaiah_53_5 💎🙌💎🙌💎
Another year end coming
+31OFFby Five Star Man
END_OF_DOCUMENT_TOKEN_TO_BE_REPLACED