Any commodity that has a positive relationship with a consumer's income.

Normal goods, also known as necessary goods, refer to any commodity that has a positive relationship with a consumer's income. That is to say, with an increase in income, the quantity demanded of the goods increases. 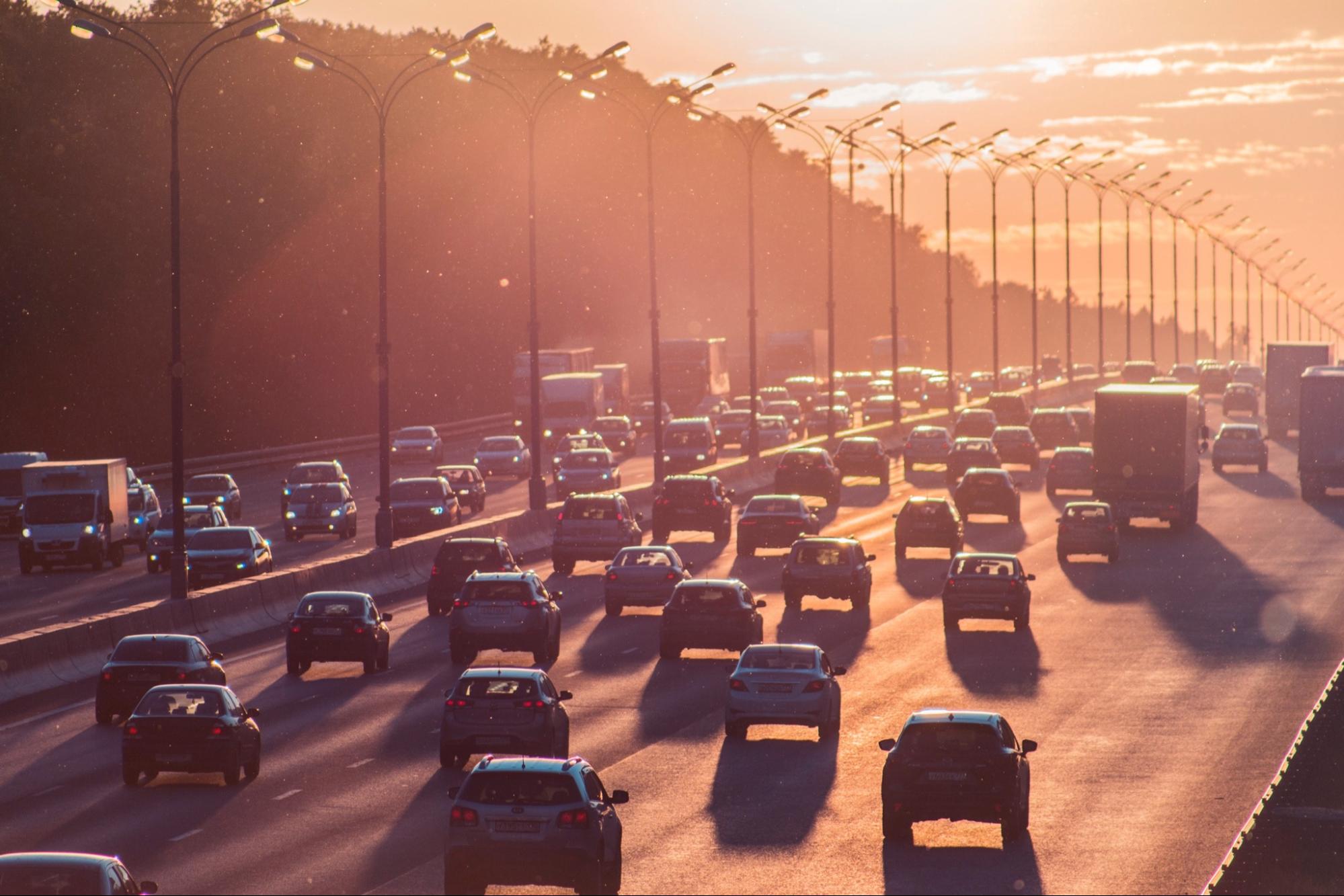 The increase in income could be from an increase in wage rates in the economy or economic expansion. They have a positive correlation with income. Such goods may be expensive or economical.

The classification of such goods is subjective as it varies according to income groups, geography, individual preferences, and other such factors.

To clarify, a normal commodity for a low-income consumer may be seen as an inferior product by people from higher-income groups.

With an increased income, a daily wage laborer may use public transport as a normal good, whereas a middle-income earner may buy a car instead.

An increase in income corresponds to an increase in a consumer's purchasing power. The goods that weren't affordable otherwise now become attractive to consumers. This could be due to higher utility, superior quality, greater functionality, etc.

This increases the composition of normal goods as more commodities become accessible now.

It is based on the changes in consumer behavior concerning income.

The classification of goods is done based on consumers' behavior and their demand functions. 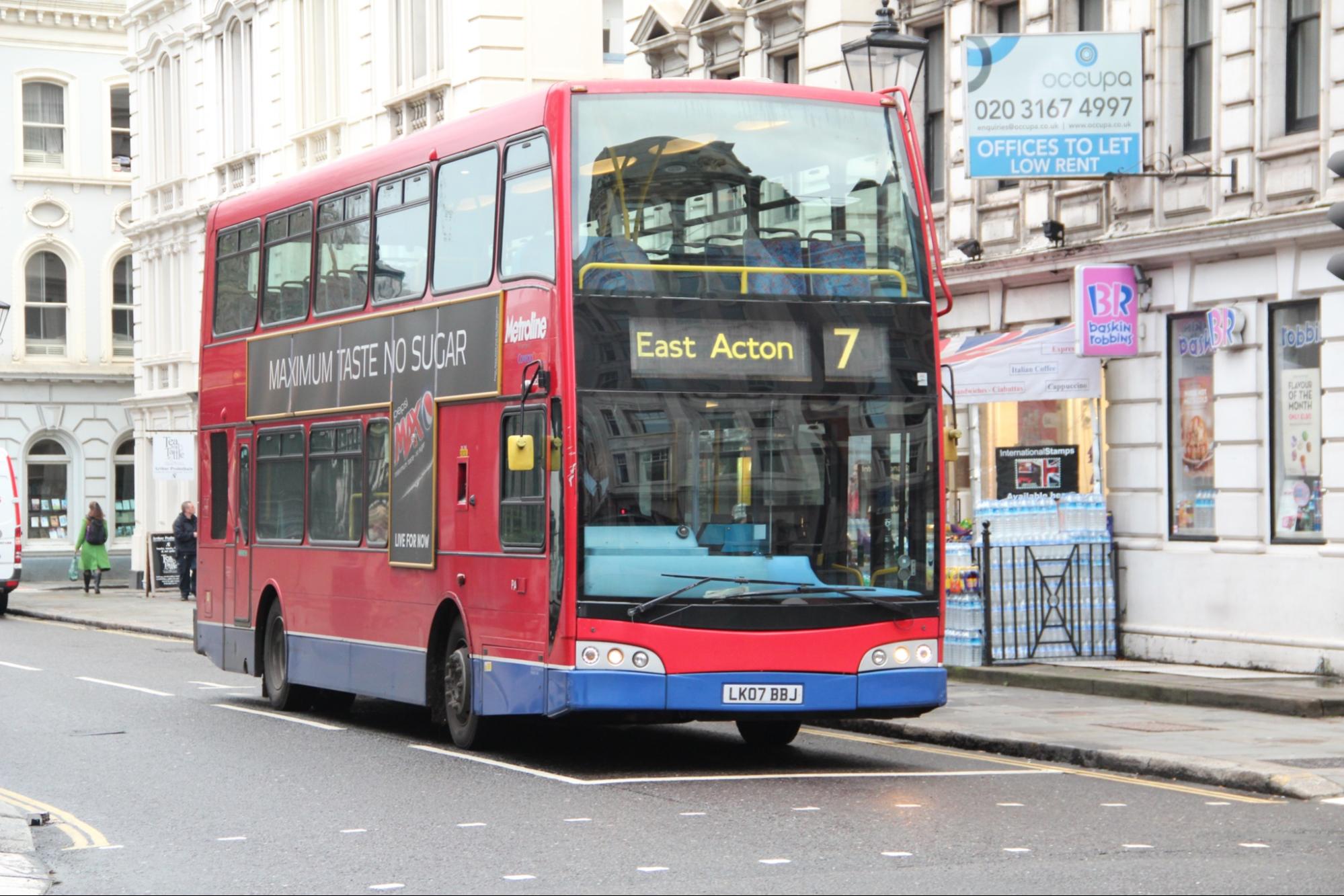 However, this implies the classification is not consistent throughout the world.

Cars may be a normal good in most cities but continue to be a luxury in certain African communities. Countries with higher income levels of citizens have a wider composition of normal goods.

To classify goods into their three broad categories, we calculate the income elasticity of demand.

Income elasticity of demand calculates the magnitude of change in quantity demanded of a product in response to a change in the consumer's income. This can help us differentiate between normal, inferior, and luxury goods.

The formula for calculation of Income Elasticity of Demand is given as follows,

Thus, it refers to the change in quantity demanded with a change in income.

Since necessary goods positively correlate with income, they are said to have an elastic relationship with income.

Goods with a negative income elasticity are said to be inferior goods. Highly elastic (but positively correlated ) goods are known as luxuries.

These goods are considered the opposite of necessary goods. With an increase in consumers' income, the demand for inferior goods declines. This usually implies people are shifting from inferior commodities to normal commodities. 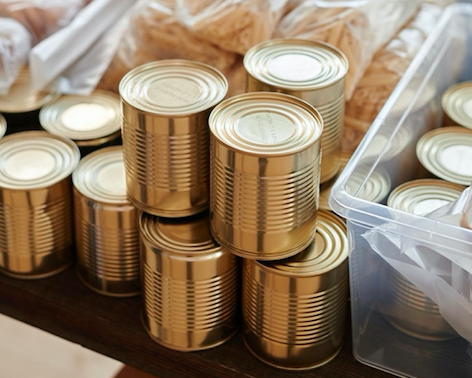 They are said to have a negatively elastic relation with income. They are generally considered to be cheap and inexpensive.

Normal commodities are always studied concerning inferior commodities as a relative comparison. There are a majority of reasons why a good may be inferior. The primary reason could be quality.

Low-quality products are often considered inferior. With an increase in consumers' income, they tend to shift towards higher quality products, thus reducing their demand for inferior goods.

For example, a consumer's demand for second-hand cars decreases if he can afford better substitutes. 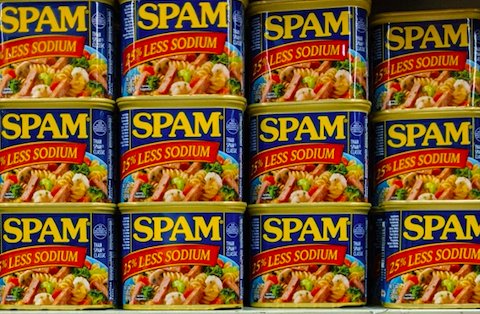 Inexpensive canned foods are also another example of inferior goods.

When the income level of consumers rises, they tend to shift towards better and more nutritious options.

Another reason could be time. A variety of goods were initially considered valuable, like interstate public transportation. Over time, their value decreased with more luxurious and higher functioning options, like rail or air travel.

When your income rises, you seek to reduce your consumption of low-quality products.

People in countries with higher living standards consume less inferior goods than those with lower standards.

Commodities classified as luxuries have higher income elasticity than normal. These commodities are products that experience a higher rise in quantity demanded in relation to the rise in income. 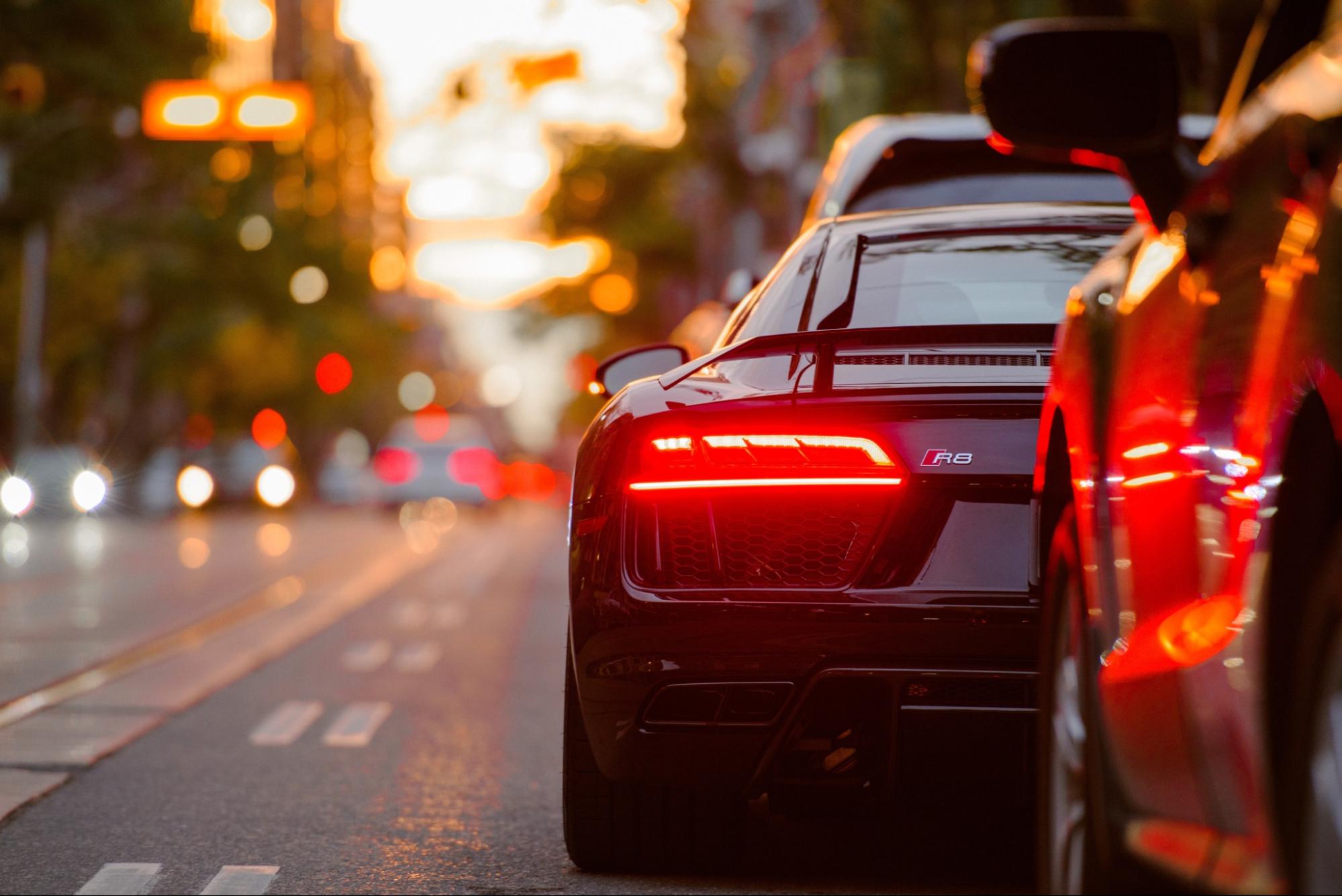 This implies an income elasticity of demand greater than 1. However, that also means with a decrease in income, the decrease in quantity demanded shall exceed the fall in income.

With an increase in consumer income, he seeks to improve the quality of products in his consumption bundle.

These commodities are generally considered superior in price and quality in the market.
Thus he will buy a greater amount of luxuries. 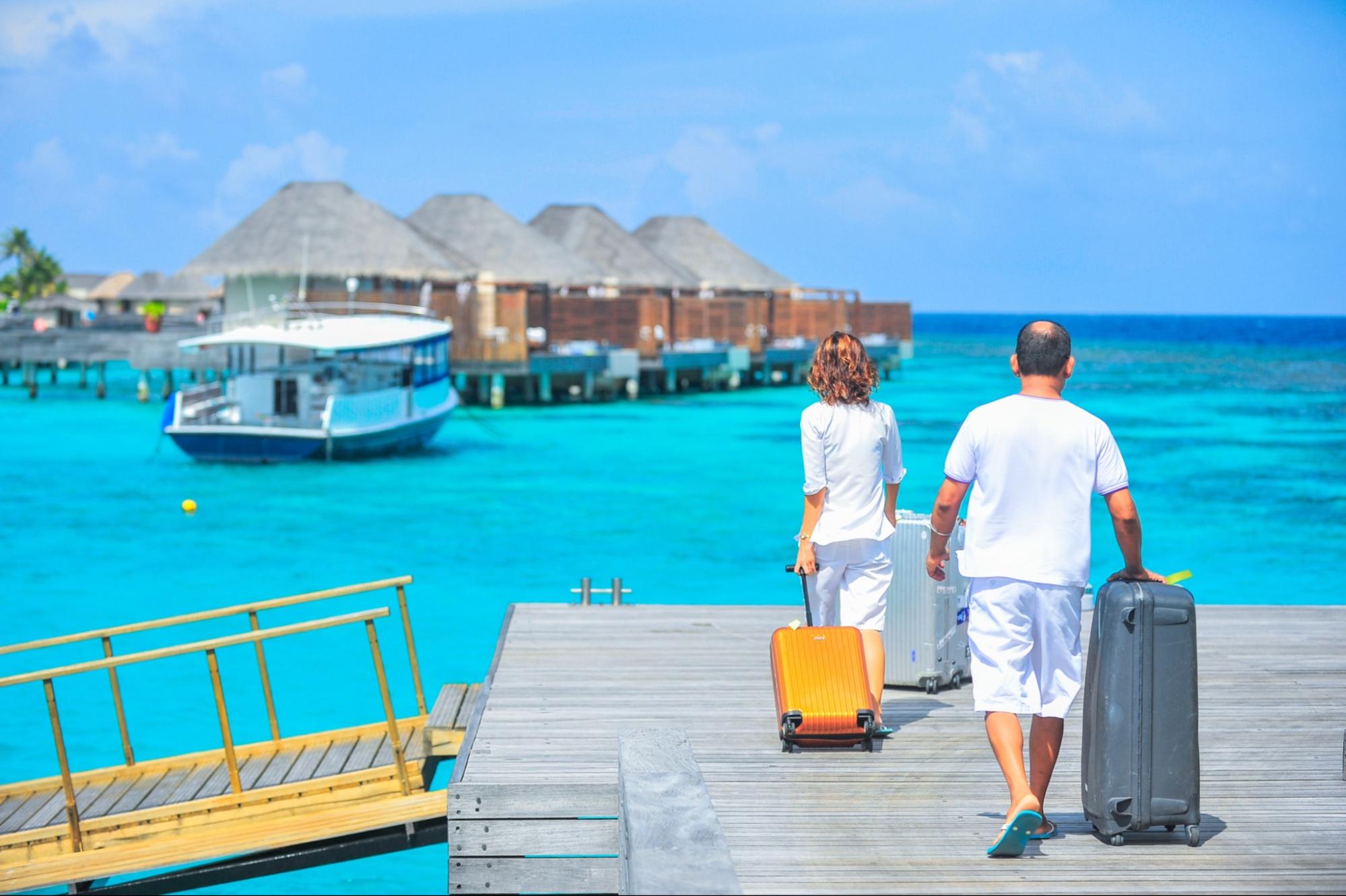 For example, a car as a commodity can be both a luxury and a necessity. Expensive sports cars, superior in price and functionality, are considered luxuries, whereas more affordable cars may be normal.

Eating at an expensive restaurant may be a luxury service, but an affordable one is a normal service. Thus, the classification of goods is largely determined by their affordability. Other examples of luxuries include vacations, antiques, vintage cars, etc.

It must be understood that goods are not considered strictly normal or inferior among all income groups. The most commonly accepted necessary goods are as follows

As the disposable income of a consumer increases, he has more options to dine out at fine dining restaurants and coffee shops. The increase in income creates a greater indulgence in the consumption of food options available. 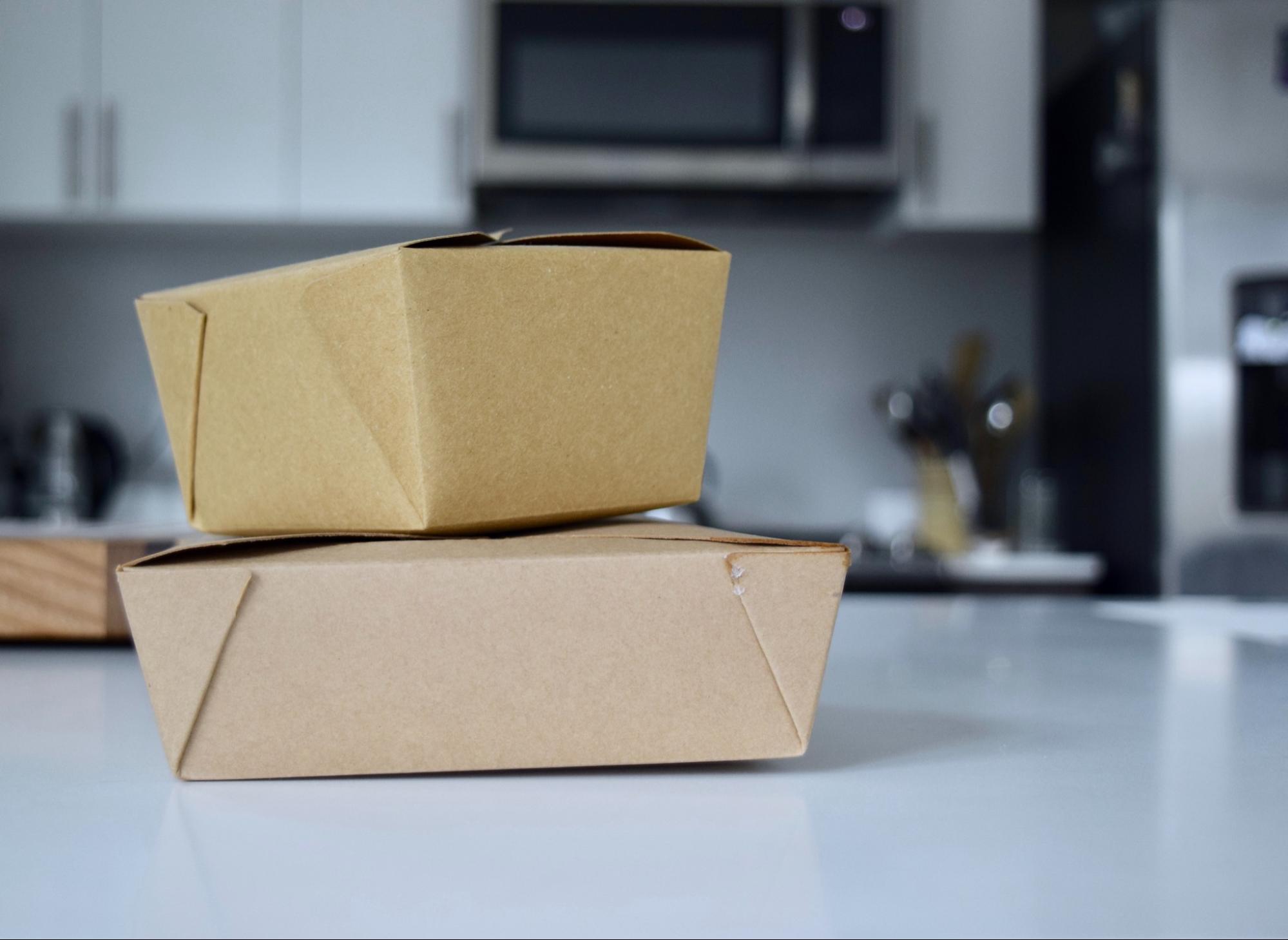 A person with a low-income level may resort to home-cooked meals or lesser expensive options.

It also includes the consumption of coffee, beer, wine, and other expensive drinks not affordable to many. As affordability increases, the quality of food and drink consumed also increases.

According to income level, transportation methods can be normal, inferior, or luxurious. 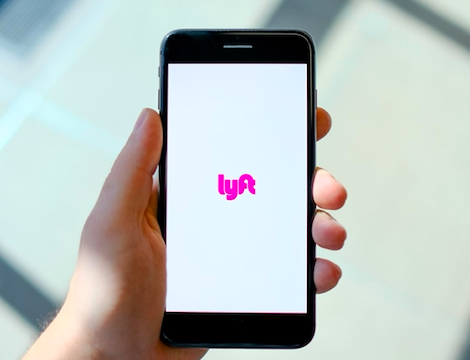 With an increase in income, people tend to use normal goods as a more convenient way of travel in cities, like taxi services Uber and Lyft. Modes of public transportation for this consumer become an inferior good, and sports cars are a luxury.

Air travel is now considered a normal good for many for cross-country travel.

In contrast, with a decrease in income, people will shift to more affordable public transport.

It is the most basic form of normal good. With an increase in income, people tend to seek higher-quality products from more expensive brands. 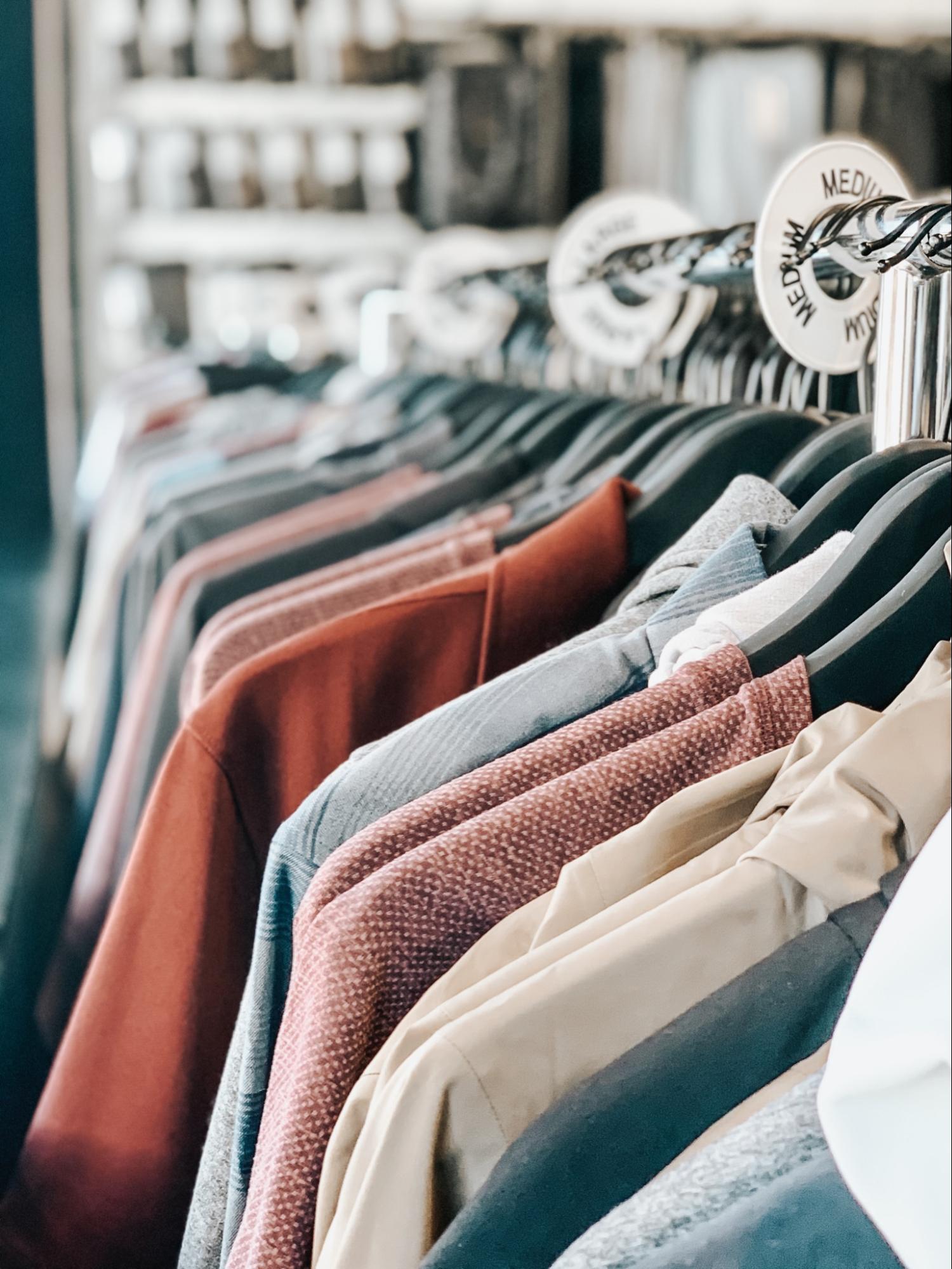 Even without a change in brands, a rise in income leads to a larger quantity demanded.

That implies people will spend a greater amount on the purchase of clothing.

However, with a decrease in income, people will shift to cheaper outlets.

It is common to see people with higher income levels have higher quality electronics. With an increase in income, people tend to shift towards technology with higher functionality. 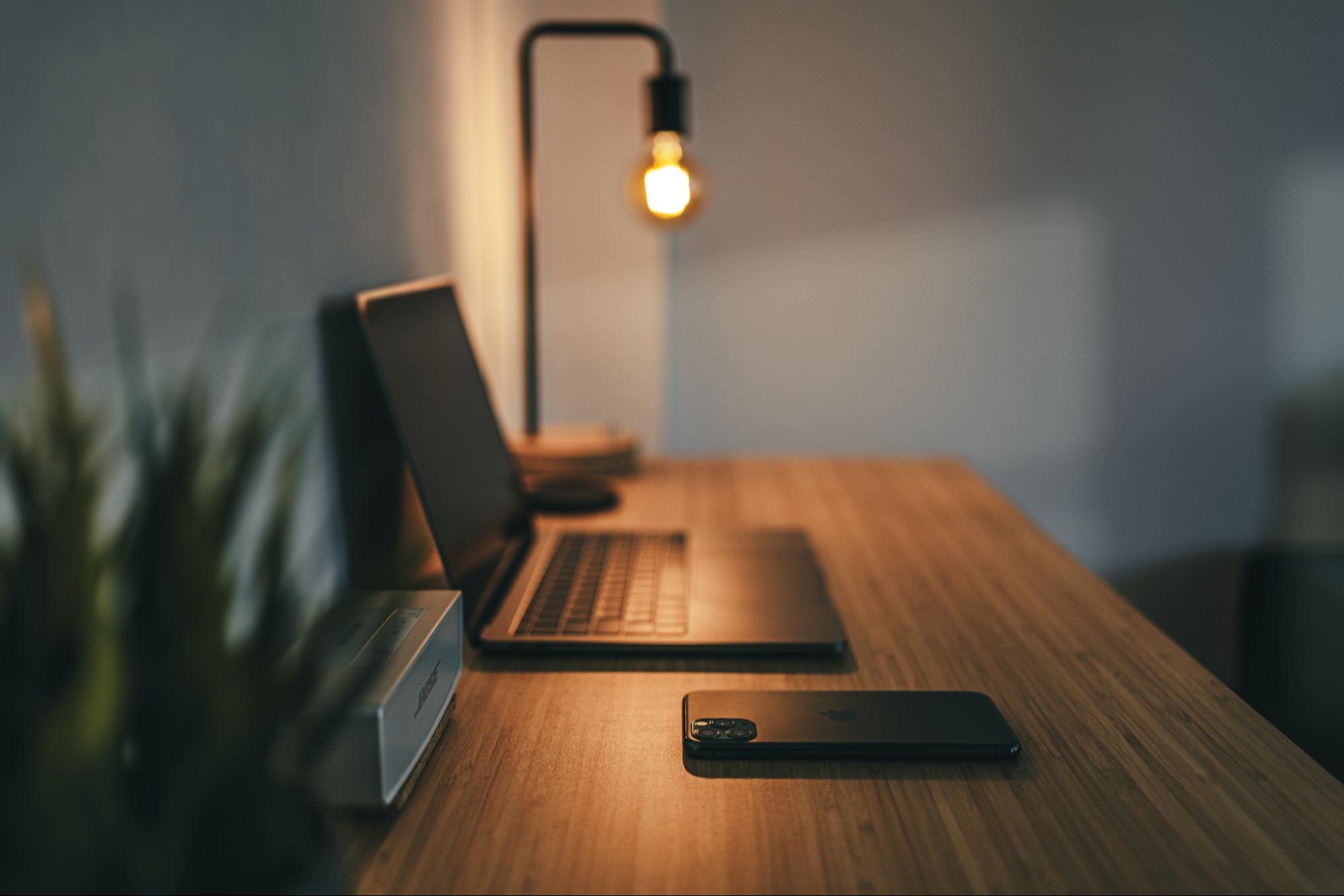 An increase in income increases consumer indulgence in superior technology. Switching to better gadgets, gaming consoles, and fitness trackers are all examples of necessary commodities with a positive correlation to income.

In households, it is not uncommon to see an increase in appliances with respect to convenience or functionality. 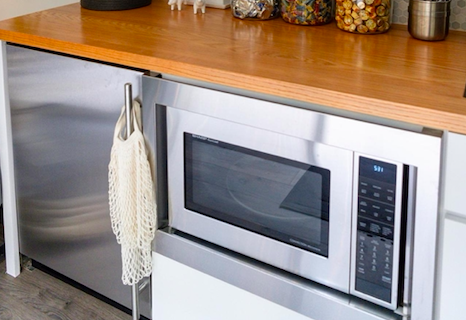 Examples include the purchase of better dishwashers, washing machines, and kitchen appliances.

Organic food is considered better than its non-organic alternatives in terms of price, health, and quality. Organic food options being positively related to income are necessary goods.

Vacations and business travel are common forms of necessary goods. While some luxurious options may be available, basic travel remains a necessary good for most. 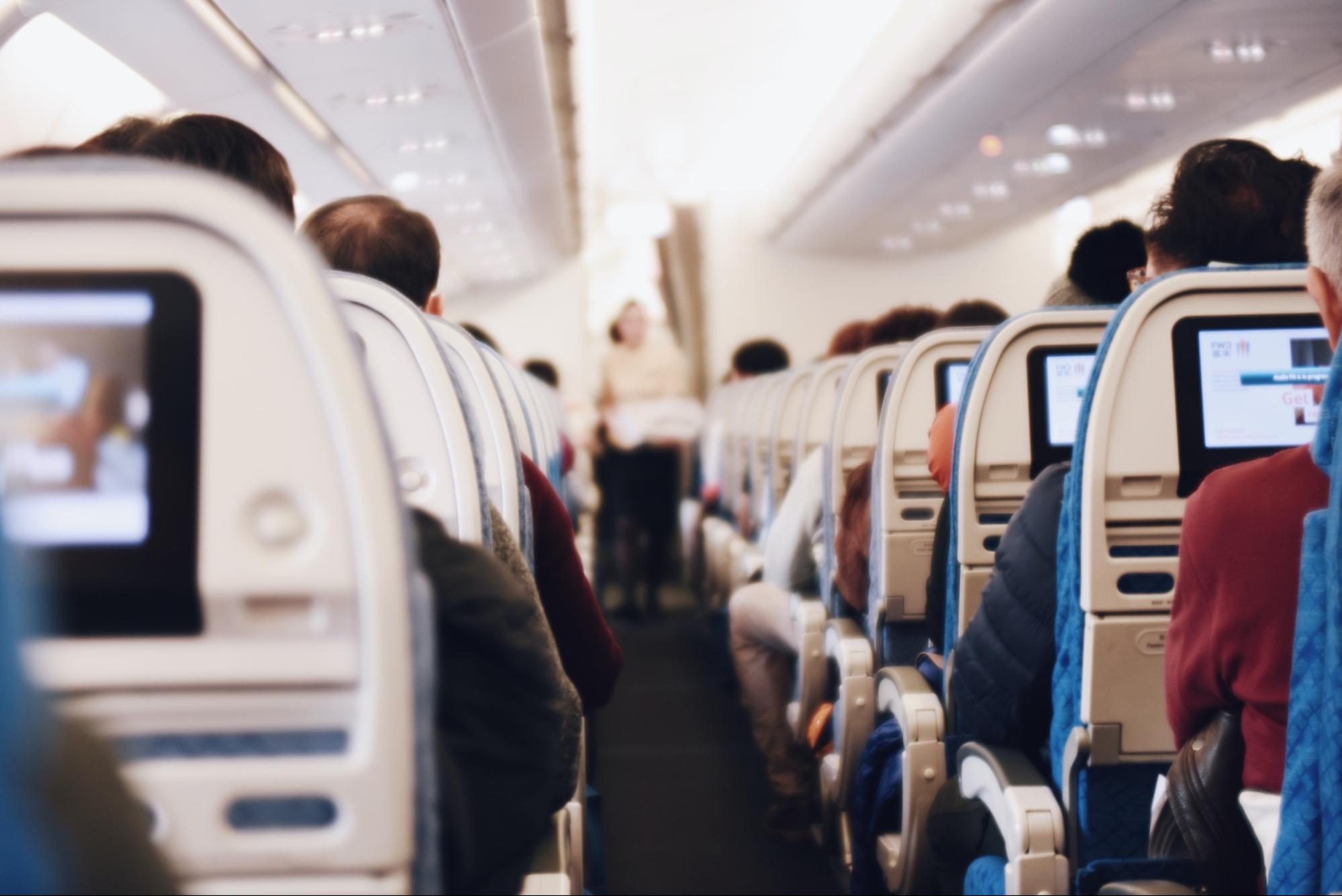 It refers to affiliation with recreational clubs and organizations. As people earn more, they invest more in themselves. 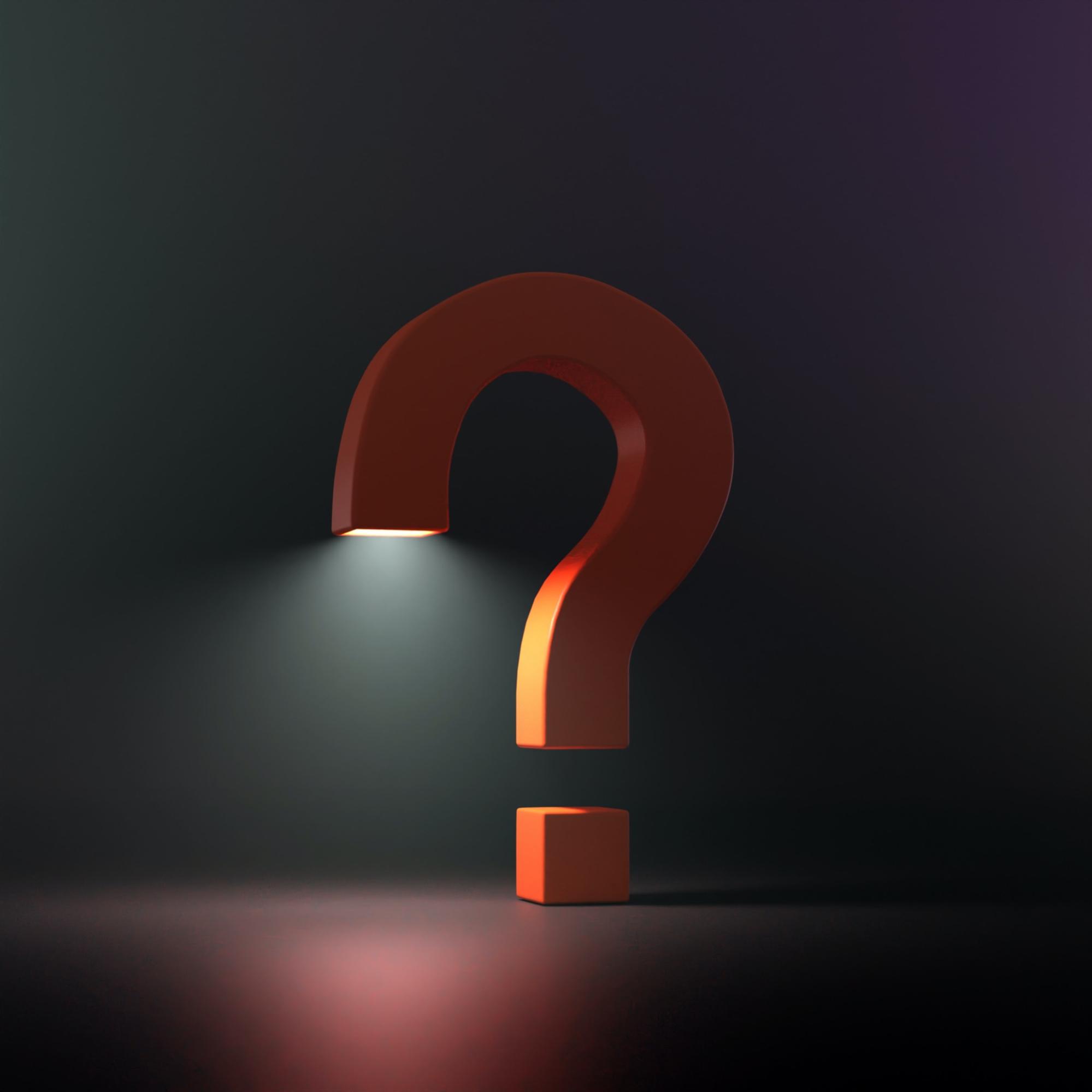 What is the shape of the demand curve for a normal commodity?

The demand curve for all normals is downward sloping. This is due to the inverse relationship between price and demand (Law of Demand).

Is coffee a normal good or an inferior good?

In general, coffee or other food options can be classified as a normal or an inferior commodity. The basis of classification is affordability to the consumer.

Is sugar a normal commodity?

Sugar is a commodity that both the rich and poor use alike. It is classified as a necessity or an essential good. All necessary goods are normal.

What are Giffen goods?

Giffen goods are inexpensive goods whose quantity demanded increases with a price increase. These goods have an upward sloping demand curve.

Examples include rice, bread, and wheat, as there are few substitutes for these goods.

What is a Veblen good?

These luxury goods have an upward sloping demand curve due to a direct relationship between price and quantity demanded. These commodities, like luxury cars, are considered a status symbol due to their high price.

The Veblen effect describes abnormal market behavior when a decrease in price initially increases the quantity demanded, followed by a gradual decrease over time.

What is the diamond water paradox?

It refers to the significant difference between the prices of essential and nonessential goods. Water is essential for human life but is priced much lower than diamonds, a luxury. It is also known as the paradox of value.