My family is putting our dog down today

I knew he wasn't doing good as he went to the pet hospital earlier in the week and was given some meds. My parents called to let me know right as a zoom meeting was kicking off - called my boss and told him what was going on and he was 100% supportive and said that is was no problem to reschedule.

Have taken the rest of the day off and have just been laying with my dog and scratching him where he likes it. My hands are cramping up but the vet said he'll call us when there is an opening so we can bring him in to put him down. Kinda glad we don't have a set time as I've been playing with him.

I've had a few extended family members pass away but none of them hit me hard. First death that hit me hard was one of my grandparents. I know my dog isn't a human, but I'm closer to him than anyone else. It's a weird feeling knowing he'll be dead by the end of the day as he has been snuggling and acting pretty normal since I've arrived.

Just wanted to share. I have to tell my cousins later which will be hard seeing as they're young. Am thankful my boss was so understanding and I could tell he was genuinely upset when I told him what was going on. Again, I know he's a dog, but to me he's more important than pretty much anyone alive except for a few select family members.

Sorry for your loss. Pets are a big deal in families. My dad lost two Snow Bengal Siamese cats in the past 2 years and it was a terrible loss for everyone. They were stolen. Here is one of them as a kitten: 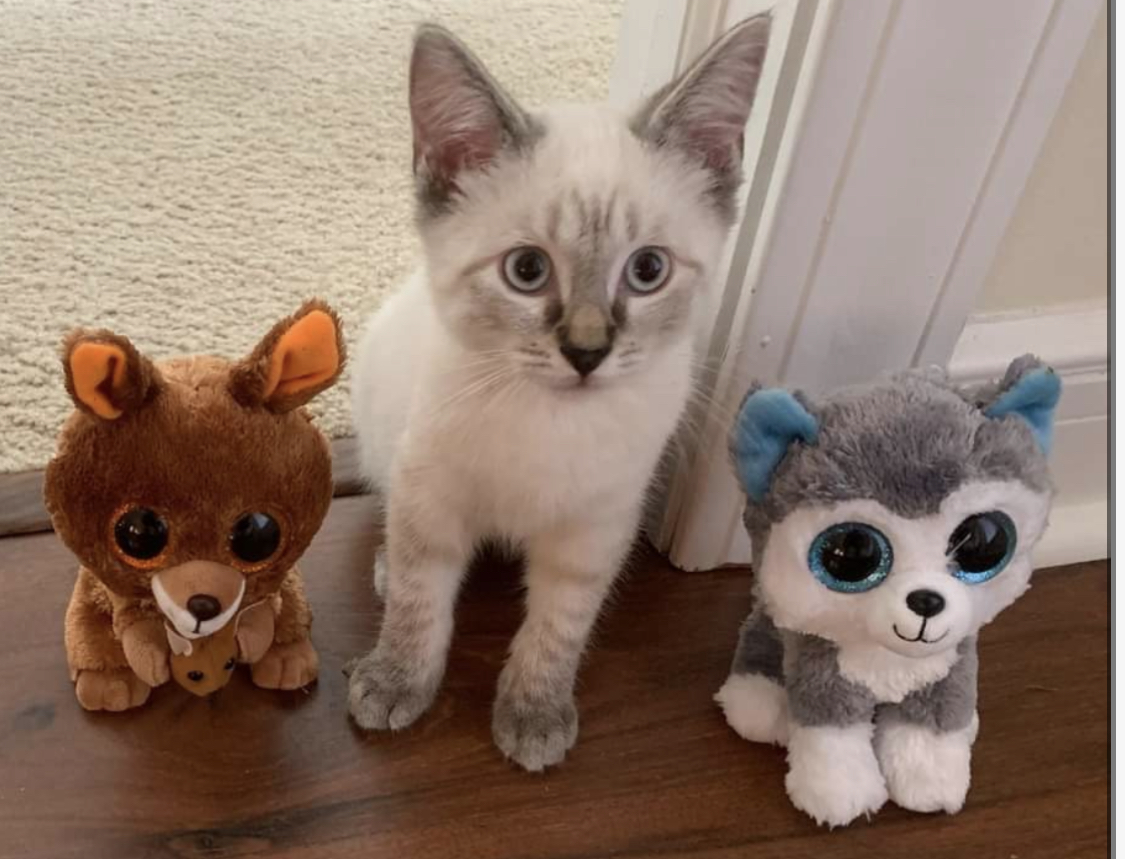 Thanks Isaiah. Hoping your mom is doing well and that you have a great 2022. My birthday is actually tomorrow which is kind of a bummer. Don't really do anything anyways for my bday but am supposed to have a big dinner. Still gonna have it but idk how I'll be feeling. Do feel that I'm much more mature from the last time I dealt with loss like this (grandparent freshman year college), but doesn't make it hurt any less

Thanks bro. My mom has been doing great lately. I see her 5x per week. She loves rocking out on my oversized headphones to marching band music.

Losing a pet is super tough. I posted a few years ago about my pug passing away, similar to what you described. Lots of great comments full of support there.

I like to believe we'll see our dogs again. I absolutely love dogs. Just remember that you gave your dog an amazing life. The fact you're very attached makes me believe you've likely spoiled them and made their (too short) time here an amazing life lived.

“The three most harmful addictions are heroin, carbohydrates, and a monthly salary.” - Nassim Taleb

Thanks for the kind words

Why put him down if he's doing fine?

He's not doing fine. Hasn't been eating, passing blood, diarrhea past two days. Shivering nonstop. Hips have been going for a while but he can't get up by himself now. When he's laying still and you scratch him it's like normal but as soon as you walk away he changes

Ugh, they don't live long enough, that's their only flaw.  Wishing you well.

What is a Leveraged Buyout?

Heading to vet now. Haven't cried too much today but will probably break down once I get there. About ten minutes away. Thanks bro

Hey man, I lost my dog too this year.  God bless.

Thank you - sorry about your dog. Mine is still here we are waiting on the vet to call. He ate his food a few minutes ago which is good to see

my dog couldn't get up one weekend.  he would just bark at me and i would have to come over and help him up.  then he would start going outside and just laying down and not getting up, i guess that's the evolutionary behavior to separate themselves from the herd before death

My dog got put down before Thanksgiving. Absolutely devastating.

It went so quick, it was nuts. Felt like he was just a puppy yesterday. By the time we noticed him acting different, his cancer was too far along to do anything.

The worst thing to do mentally is thinking about things you could've done different, spent more time with your pet, etc. It'll be a struggle for a period of time, I'm still going through it.

Yeah I remember feeding him by hand when he was a puppy as he never wanted to eat. Sorry about your dog and thanks for the kind words. My dog is 12 so he's been around for a pretty long while

A friend of mine had to put their dog down last week. It really is heartbreaking. It had me thinking how much I need to value the good times in life.

My words probably do not mean much to you right now but think of all the fun & happy times you had with your dog. All the little quirks and games you used to play. It always brings a smile to my face when I think of that & my dog. Hope you stay strong during this rough time. God bless

Thanks bro. It's been done and I just feel empty rn. Cried my ass off when they finished the third shot and after when my parents left me alone with his body. Will make it through this but will be difficult for now

The world could burn down, markets crash, I get fired, whatever... it'll be fine. Pet dying? Instant depression.