This function in Excel helps you generate random numbers between 0 and 1. 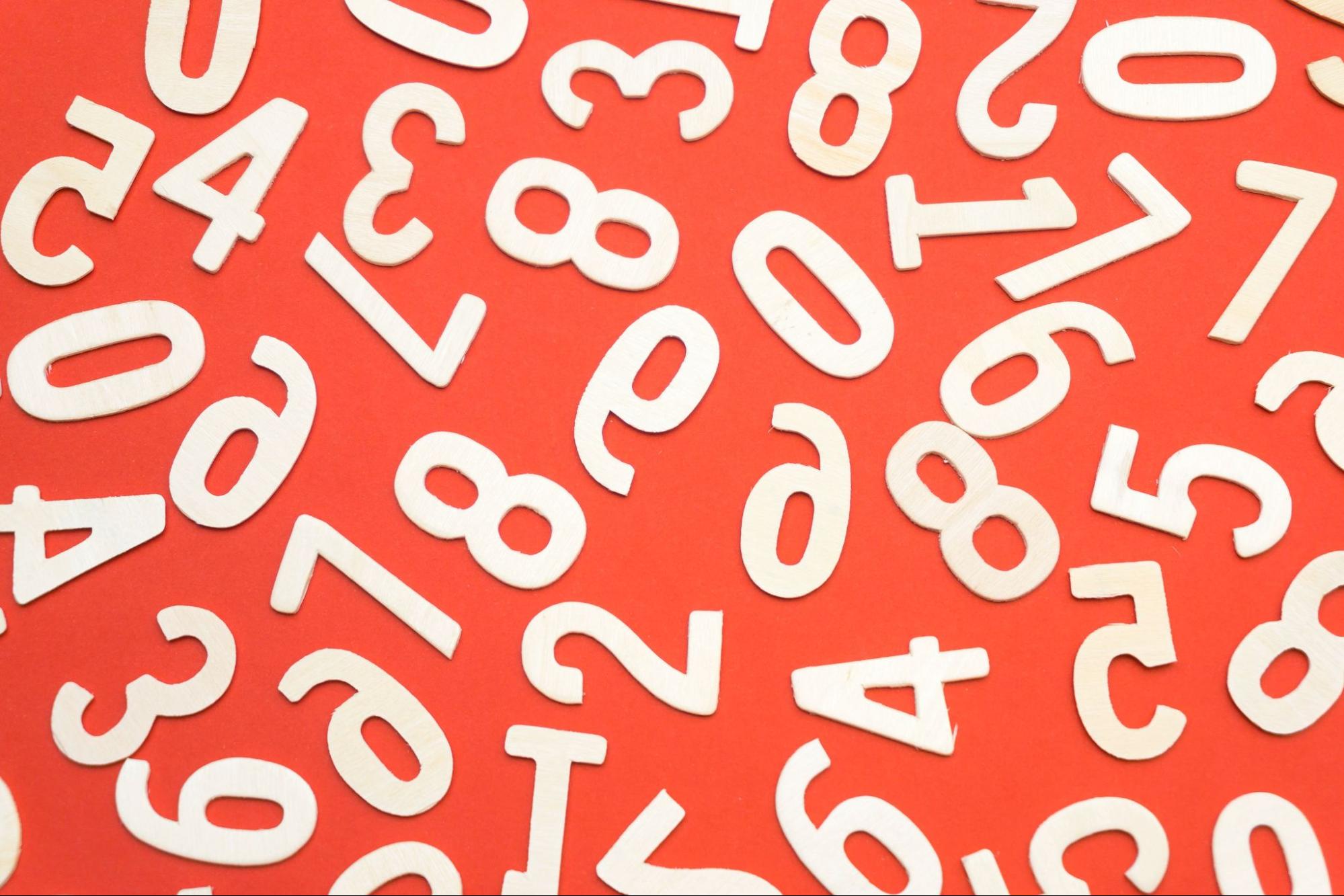 In the newer versions of Excel, random numbers are generated using the Mersenne Twister algorithm.

As a financial analyst, you would be working on many numbers. However, even though these numbers mean something to the organization, they are still random to us.

So, we are working on random numbers, and sometimes, our analysis of these numbers might be wrong (everyone starts here!).

The only solution to getting good with number crunching is to do it 10X more than you usually do.

So, where does the RAND function come into this?

The function will allow you to create random datasets similar to what you work on, giving you a better idea of what needs to be done.

It would take a lot of time to individually fill out all the cells of a table with numbers. So instead, you can use this function to get results in seconds.

Random numbers also have applications in science, statistics, cryptography, and other fields.

In this article, you will see how you can return random numbers in spreadsheets and how you can make the best use of the function.

RAND function: What is it?

The function falls under the category of Math and Trigonometric functions. It returns random numbers between 0 to 1. When you use the process in Excel, the result is a decimal, for example, 0.879481.

Hmm, that doesn't help us. I mean, who needs sample decimal numbers?

Let's say if you need random numbers between 0 to 50, can we return them with the help of the RAND function? We absolutely can!

Before we go on and see how to make the best use of the function, the most important thing to note is that RAND is a highly volatile function, which will refresh the value returned from the formula every time you open the spreadsheet or press F9. This means each instance in the entire workbook will recalculate.

To avoid the result from changing, you need to Paste Special the values, i.e., copy using Ctrl + C, press the keyboard keys Ctrl + Alt + V, and then select 'values.'

If you do this, the next time you open the spreadsheet or press the F9 key, the values will remain the same.

The syntax for the RAND function

And that's it. Pretty simple right? All you do is begin with an equals sign (=), type the function name, and put parentheses (round brackets). The function takes in no arguments inside the frames.

So. if you use the formula or syntax in any cell of the spreadsheet (here, cell C3), you will get a random number: 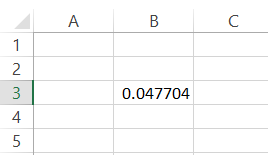 As stated earlier, since the function is quite volatile, whenever you press F9 in the cell or work on a different formula, the number will automatically change to an additional value between 0 and 1.

In the following sections, we will see how to use the function through some examples, and the alternative, RANDBETWEEN, returns random integers between upper and lower limit values.

So, we have already begun with a basic example that gives a random number in Excel.

But, as previously stated, random decimal numbers between 0 and 1 have a minimal application. We will see two examples of how we can use the function differently.

The list of people for which we have data is illustrated below: 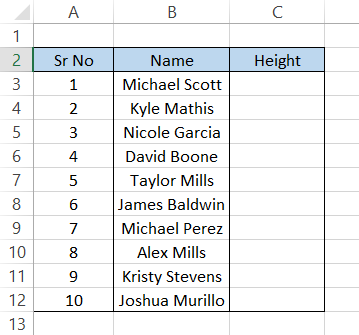 Let's assume the heaviest person would weigh around 120 kg. That will be our upper limit for the data.

There is no lower limit for this example, so let's say the least someone could weigh is 1 kg. The formula to find the random weights will be =RAND()*120, which will give us the following results: 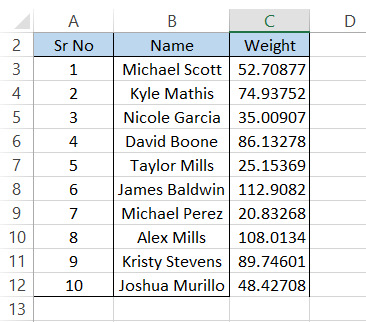 which will give you the following result: 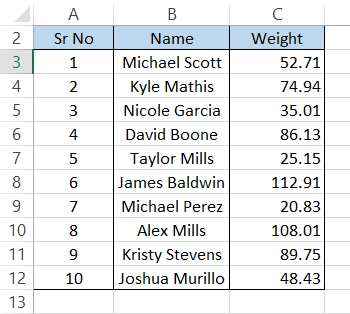 So, we multiplied the random function with our upper limit to get the random weights.

We saw how you could create an upper limit for your randomly generated numbers, but what about its other half? Can we set up a lower limit as well as an upper limit?

Let's say that you need to determine the height for people, where the lower limit is 150cm, and the upper limit is 220 cm. 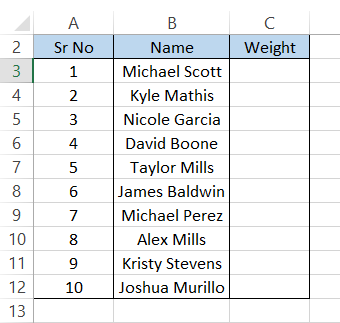 To find height with the upper and lower limit, you will use the formula =RAND()*(220-150)+150, which will give you the result illustrated below: 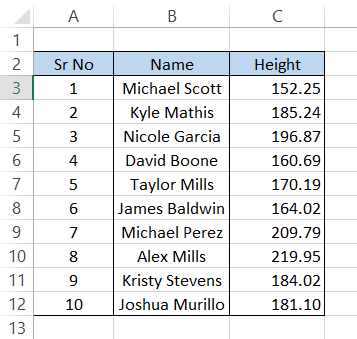 We multiplied the RAND() function with the difference between the upper and lower limit (220-150) and then added the lower limit to the formula to generate the random data set.

You can also generate random integers without the decimal digits by using the ROUND function and limiting the decimals to zero numbers.

Since RAND() is a volatile function, it's essential to paste the result as 'values.' So, copy the range of cells using Ctrl + C, press Ctrl + Alt +V, and select 'Values' from the Paste Special dialog box.

RANDBETWEEN is another volatile function that returns a random number, but it does so between specified upper and lower limits.

For example, if the upper and lower limits are 14 and 12, it could return all three numbers (including the boundaries) and anything in between.

The syntax for the RANDBETWEEN function is:

bottom = (required) smallest integer that the function will return

top = (required) largest integer that the procedure will produce

Let's assume you need to determine the age of a random population, with the upper and lower limits being 80 and 18, respectively. To do this, you will use the formula

After dragging down the formula to cell C12, you will get the following result: 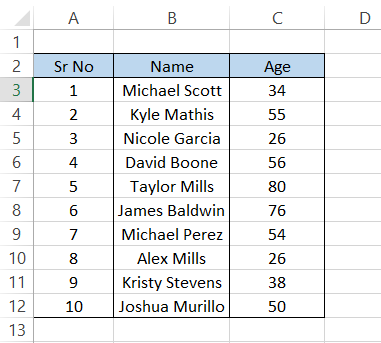 An important thing to notice is that RANDBETWEEN gives more flexibility in returning a number within the desired range.

However, a drawback to the formula is that you cannot return decimal values, even if you use a similar input for top and bottom arguments.

So, even though both functions perform a similar task, there is quite a difference in how both work and the result they return.