Summation of money earned in addition for the economy

Economic rent refers to a sum of money earned in addition to what is required for the economy or society to function. 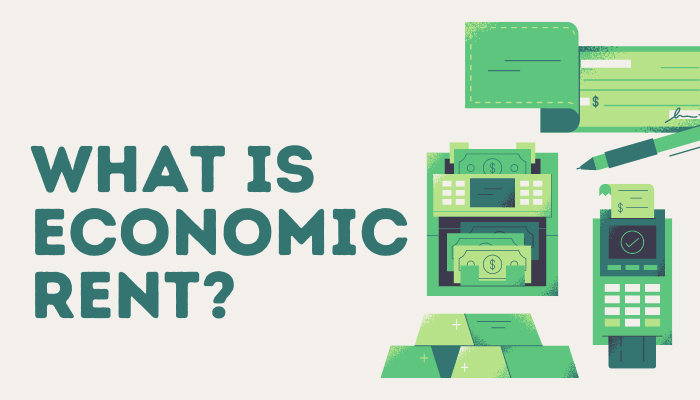 This can happen, for instance, when a buyer attempting to acquire a product or service that is regarded as exclusive makes an offer before hearing what a seller considers to be an acceptable price for the item.

As a result, market imperfections cause an increase in it. If markets were perfect, however, competitive pressures would drive prices down, eliminating it's need.

According to the formula, the value can be calculated by taking the price agreed upon and subtracting the cost found in the free market. 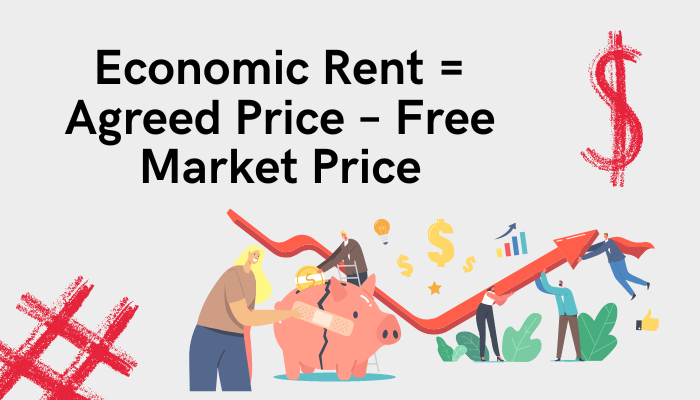 The buyer and the producer work together to reach an agreement on the price, which is the agreed price. In addition, the price supply and demand dictates to be fair is the free-market price.

For instance, if a company decides that the target economic rent for hiring an unskilled laborer will be $5 per hour, then the company can use the equation to determine the marginal product that the laborer will have to bring to the company to meet their target.

Using the equation, the company can determine that the worker's contribution to the marginal product must be at least $5 per hour higher than the worker's employment cost to accomplish its objective.

This can be achieved if the work demonstrates a higher level of productivity than was anticipated or if the worker agrees to work for a lower wage in exchange for continued employment.

To put it simply, it refers to any form of unearned income. The field of economics proposes a model that draws broad conclusions about the manufacturing process. 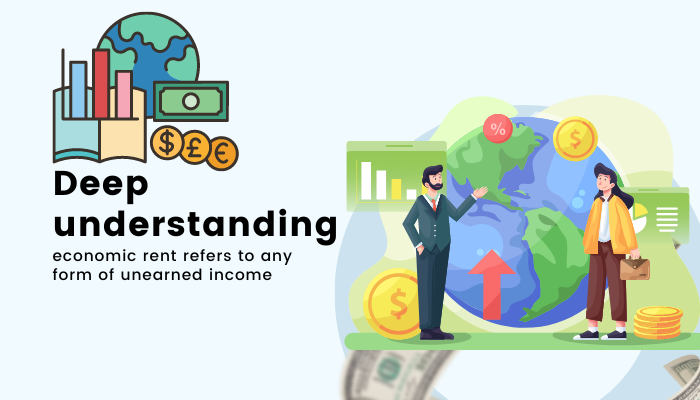 It gives the impression that the production of anything can be assumed to be some combination of land, labor, and capital. For instance, a computer is constructed out of a variety of different parts.

Each of these components was initially derived from the land in one form or another, and it was people who excavated them from the ground using tools that were constructed by other people using materials that had previously been excavated from the land.

In this scenario, people participating in any production process are referred to as labor, assuming they are paid for their work.

Capital consists of the tools used through labor to extract materials from the land, make the components of the computer, and put the computer together.

The owners of these tools receive payment for being employed in the production process, known as interest.

As a final step, there is the payment of rent to the landowners at each stage of the process, beginning with the mining of minerals and continuing through to the sale of the computer.

It is essential to differentiate between economic rent and the typical profit or surplus resulting from the operation of a competitive capitalist market.

This term is distinct from the conventional meaning of "rent," referring to payments obtained in exchange for the short-term use of a specific good or property (like land or a dwelling, for example). 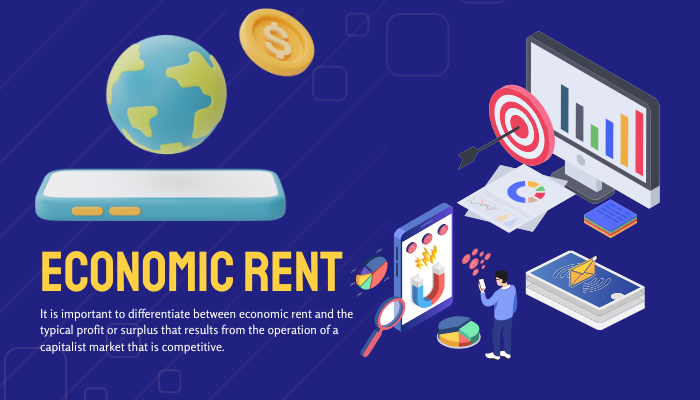 It can occur when certain producers in a competitive market have asymmetric information or technologically advanced production systems. These provide a competitive advantage, as other firms are incapable of this low-cost production.

Two primary factors contribute to a producer having an advantage over other firms in the market. First, often, a lack of competition and established business methods can result from competitive advantages. Over time, these build up as economic rent.

It is commonplace for governments and their agencies to view the process of modernizing rules and regulations as a reliable method for lowering economic rent and promoting healthy competition.

In his testimony, Gensler lauded the characteristics of the United States financial system that make it the most advanced in the world.

He went on to say that revising the rules of the SEC is necessary to keep up with technological advancements and ensure that the markets are as competitive and effective as possible.

Gensler's testimony makes it abundantly clear that a balance needs to be sought between the current levels of economic rent in the United States and the desire to increase competition.

It is also possible for conditions of scarcity to give rise to economic rent, which can then be utilized to demonstrate a variety of pricing disparities. 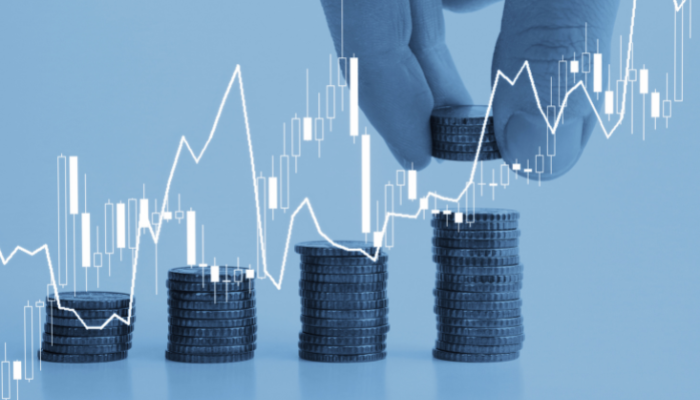 The concept explains the high value of exclusive intangible assets, such as patents and permits. In their combined form, these are also referred to as scarcity rents.

Rents from the Economy, Labor, and Facilities

It's possible that a worker would be willing to work for $15 per hour, but, because they belong to a union, they receive $18 per hour for the same job. 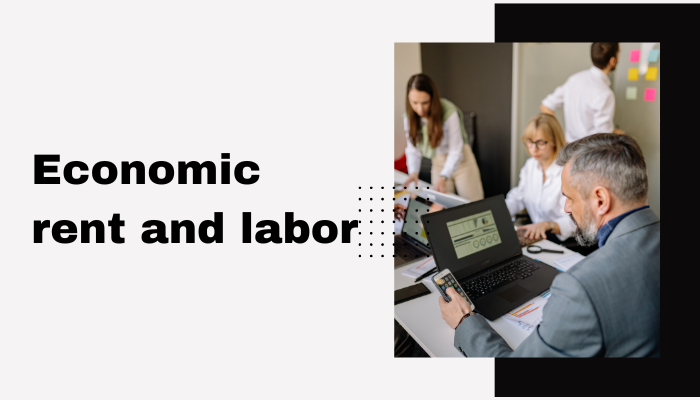 The $3 difference is the worker's economic rent, another term for unearned income. Unearned income is the term used to describe the amount of money offered to an employee over what the employee considers the value of their skills and abilities in the current market.

It is also applicable in situations in which a person's abilities would be valued less in an open market. Still, they receive more money due to their affiliation with a group, such as a union, that establishes minimum pay standards.

As another illustration, the owner of a property in a prestigious shopping mall might be willing to rent it out for $10,000 per month.

However, a business eager to have a retail storefront in the mall might offer $12,000 monthly rent for the property to secure it and prevent other companies from opening up shops there.

In this scenario, the owner is receiving unearned income equal to the difference of $2,000.

In some contexts, the term can also be used to refer to the existence of two properties that are identical in every respect apart from their respective locations.

The owner does not put in any additional effort to contribute to another potential source of unearned income.

The disparities in personal incomes within an economy can be conceptualized as "economic rent," and are discussed using this term. 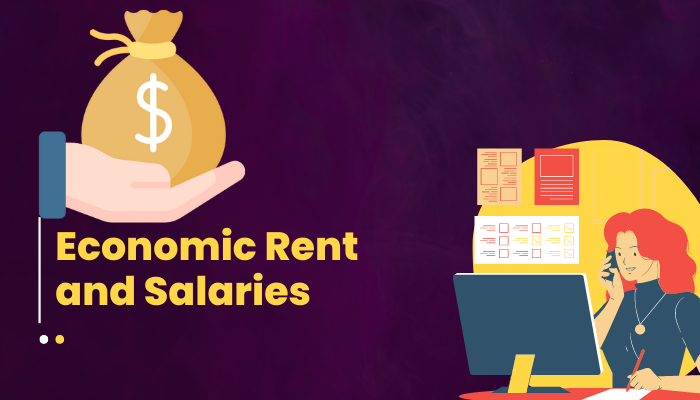 In general, businesses believe that employees who provide them with a high marginal product are more valuable to the company. As a result, they are more willing to pay those employees higher wages.

On the other hand, workers who provide only a tiny amount of marginal product are regarded as having less value and will be paid less. It frequently has less to do with the individual's level of competence and more with the function of their job.

This is because such skilled workers can provide a company with more value on their own, resulting in a higher marginal product. Therefore, those with more experience receive higher pay.

Nevertheless, in a situation like this, the market wage is determined by the smallest amount that any worker is willing to work for to finish the job.

Imagine a canning factory that wants to increase production. As a result, it decides to pay an additional unskilled employee $15 per hour to achieve this goal.

It has been agreed upon that the salary will be lower than the increase in the firm's marginal product to ensure that the hiring decision will not affect the company's profitability.

Nevertheless, the company is unaware that the worker has set a floor wage for the position at ten dollars an hour and is willing to work for that amount. 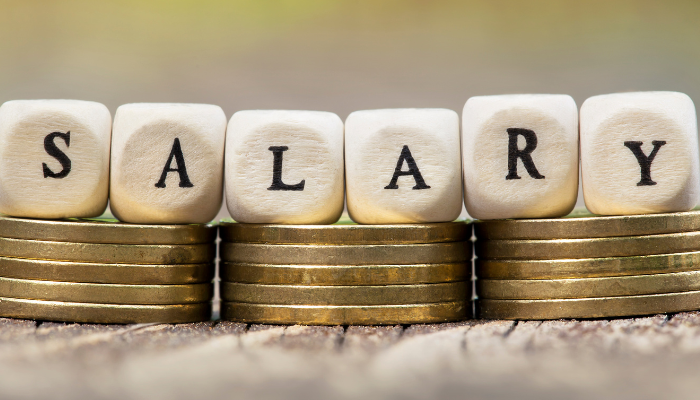 As a result, the laborer would have an unearned income of $5 per hour, while the company would be "overpaying" the laborer and would, as a result, receive the rent of -$5 per hour from the arrangement.

Because of the interplay of supply and demand, this rent can become skewed when applied to the context of skilled laborers.

For instance, the average salaries paid to skilled medical professionals may be significantly higher than the marginal product of the firms that employ them.

It is simply because there is a limited supply of such laborers in the workforce that their wages increase.

If companies cannot easily find equivalent workers in other countries, they are forced to pay a higher price for those workers because they have no other option.

There are other types of unearned income, such as information asymmetries, in which an agent derives excess profits from having information not provided to the principal or the rest of the market. 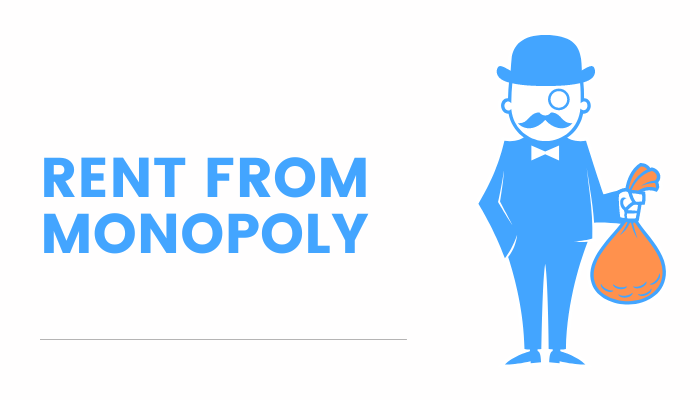 The term "contract rent" refers to a scenario in which two parties have reached a deal that is acceptable to both of them, but, as time passes, the surrounding environment shifts in a way that confers an unequal benefit on one of the parties, typically at the expense of the other party.

The term "monopoly rent" refers to a situation in which a monopoly producer does not face competition.

As a result, it can sell its goods and services at a price significantly higher than what it would be in an otherwise competitive market at the expense of the consumers.

The term "differential rent" refers to the additional profit that might be made as a result of variations in the fertility of the land.

Differential rent is the surplus created due to the disparity in value between marginal land and intramarginal land. In most cases, it is acquired under extensive land cultivation circumstances.

David Ricardo, a classical political economist, is credited with being the first person to propose differential ground rent.