Laissez Faire is a phrase in French that translates to "allow to do" and "leave alone" (literally "let you do"). It is an economic theory from the 18th century that rejects the practice of government intervention in an economy. 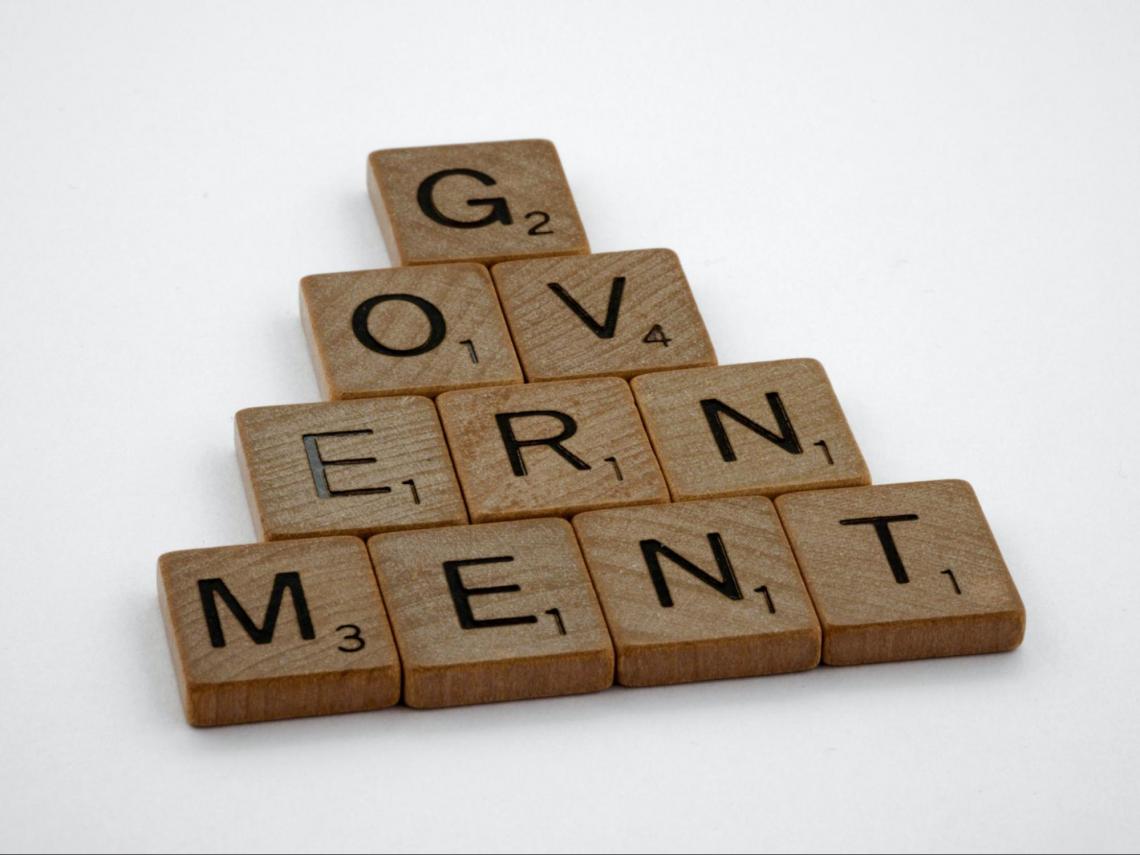 It generally means that the less the Government is involved in the economy, the more business improves and society as a whole. But conversely, the state is seen as an obstacle to economic growth and development.

This economic theory is a vital part of free-market capitalism. The term originated during the Industrial Revolution in the 18th century.

The French industrialists used this term in response to the French Government's voluntary aid in promoting business. The phrase is attributed to the French businessman M Le. Gendre after his response to a Mercantilist minister, Jean-Baptiste Colbert.

This theory mainly advocates no intervention of Government in the economy. Adam Smith, an economic theorist, believed minimal government intervention is needed to function markets correctly.

However, some concerns were raised by Adam Smith regarding the drawbacks of this theory, particularly concerning the possibility of creating a lazy, stagnant, but financially powerful feudal class.

Free market economics was built on the ideas proposed by this theory as a route to economic prosperity, though many economists have criticized this theory for promoting income inequality. 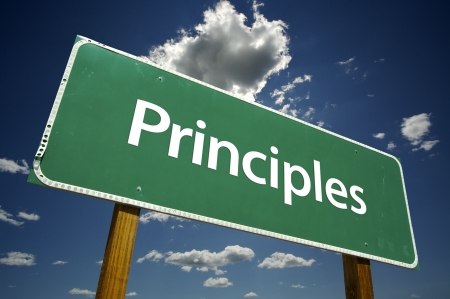 The basic principles are:

The primary purpose of this economy is to boost a free and competitive market that demands restoring order and liberty in its natural state from which humans emerged.

This economy is characterized by the free movement of supply and demand forces, free from government intervention, a price-setting monopoly, or any other authority.

The fundamentals include the idea that the economic Constitution comprises a "natural order" that rules the world.

Because the best type of regulation is self-regulation, the economists in favor of this theory argue that there is no need for government intervention in business matters.

Therefore, they avoid federal involvement in the economy, including legislation or oversight; they are against duties, minimum wages, corporate taxes, and trade restrictions. Taxes are seen as a penalty for production.

The History of Laissez Faire Economics

This doctrine was popularized in the mid-1700s and is one of the first articulated economic theories. It originated with a group known as Physiocrats, who flourished in France from 1756 to 1778. 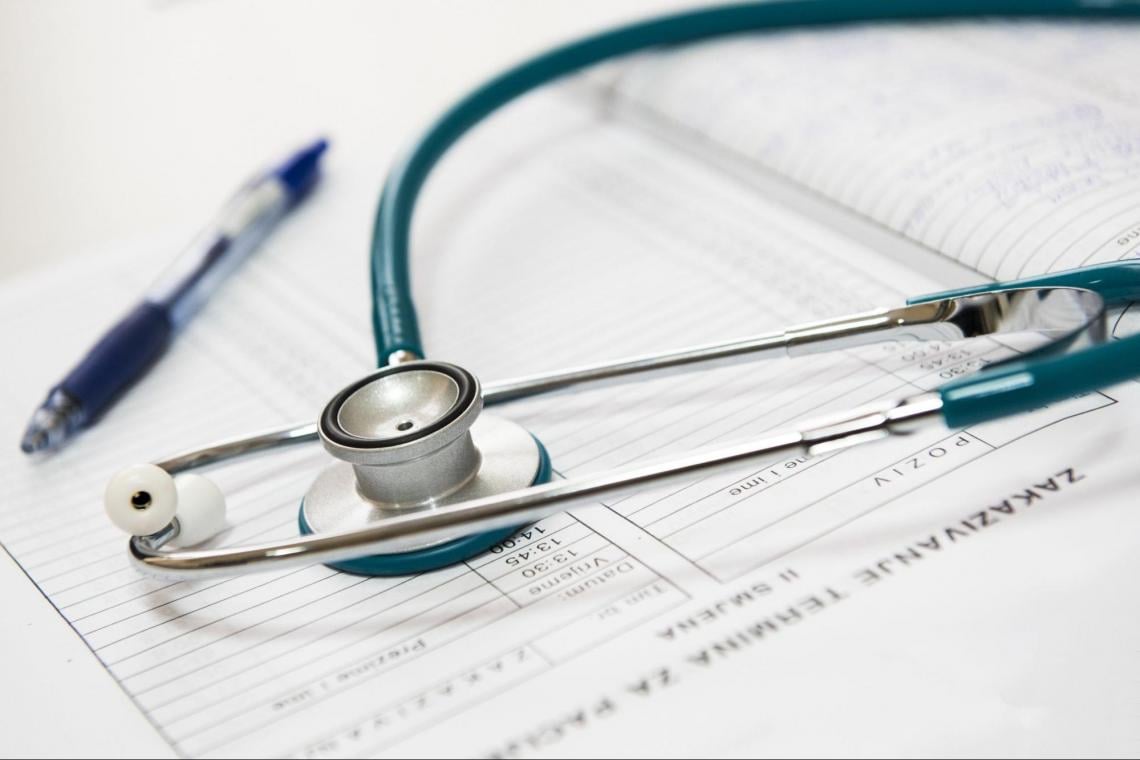 A physician-led this group and tried applying scientific methodologies and procedures to the study of wealth. These so-called economists argued that a free market and free competition were significant for the welfare of a free society.

The Government should only intervene to preserve property, life, and freedom; otherwise, the unnatural laws governing the market forces and economies - as dubbed "the invisible hand" by the British economist Adam Smith - should proceed unhindered.

According to the legends, the origin of the phrase "laissez-faire" in an economic context came from a meeting in 1681 between the finance minister of France, Jean-Baptise Colbert, and a businessman with the last name Le Gendre.

The phrase was popularized by the Physiocrats who used it to name their core economic doctrine and policies.

Unfortunately, early efforts to test the theories did not go well and even failed.

In a 1774 experiment, Louis XVI's Controller-General of Finances, Turgot, abolished all restraints on the grain industry, thereby allowing imports and exports.

But when poor harvests caused scarcities, prices rose through the roof. Merchants gathered supplies and sold them in strategic areas, even outside the countries, for high profits while thousands of French citizens were starving. 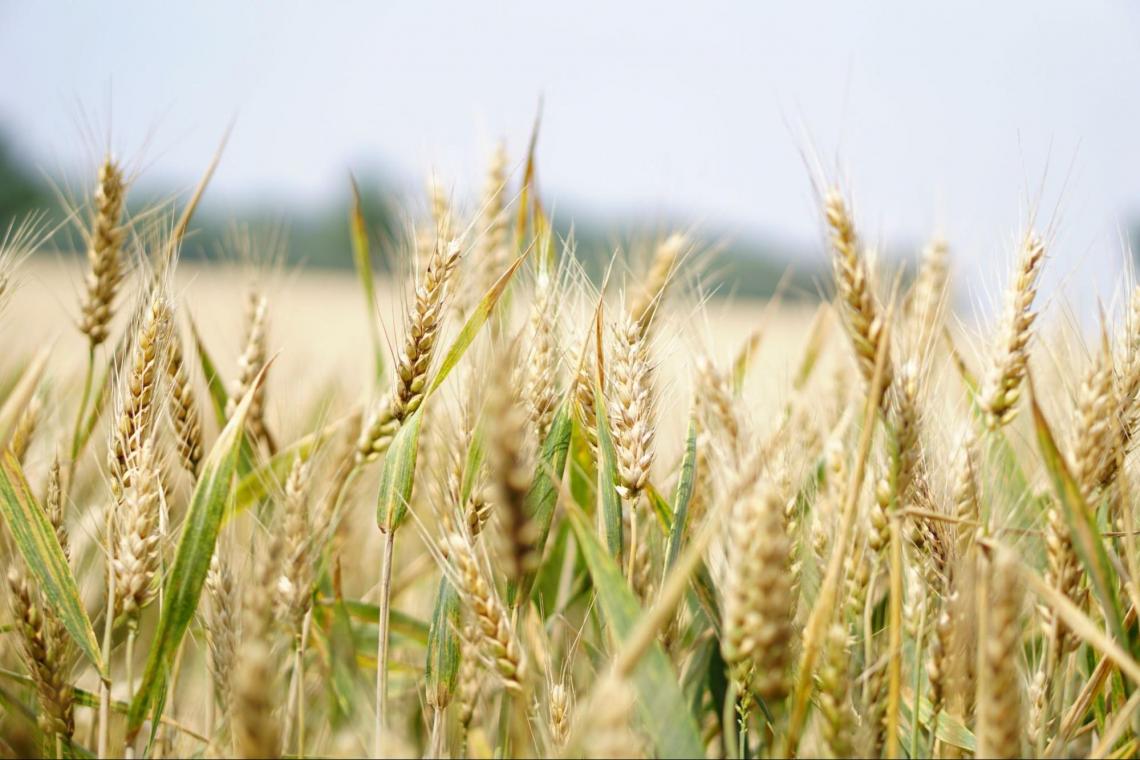 There were riots for several months, and finally, in mid-1775, the order was restored, and the Government regained control over the grain market.

Despite this weak start, the practices of this theory were further developed by British economists such as Adam Smith and David Ricardo, who were highly influential during the Industrial Revolution in the late 18th and early 19th centuries.

Around the beginning of the 20th century, developed industrialized nations like the United States finally began implementing government controls and regulations to protect workers from unfair business practices and hazardous conditions.

However, it is essential to note that these policies and regulations did not restrict business practices and competition in the free market.

The Government's only role in this economic theory is not to interfere in firms' financial decisions. The rational market forces can be prevented from operating by theft, fraud, and monopolies. 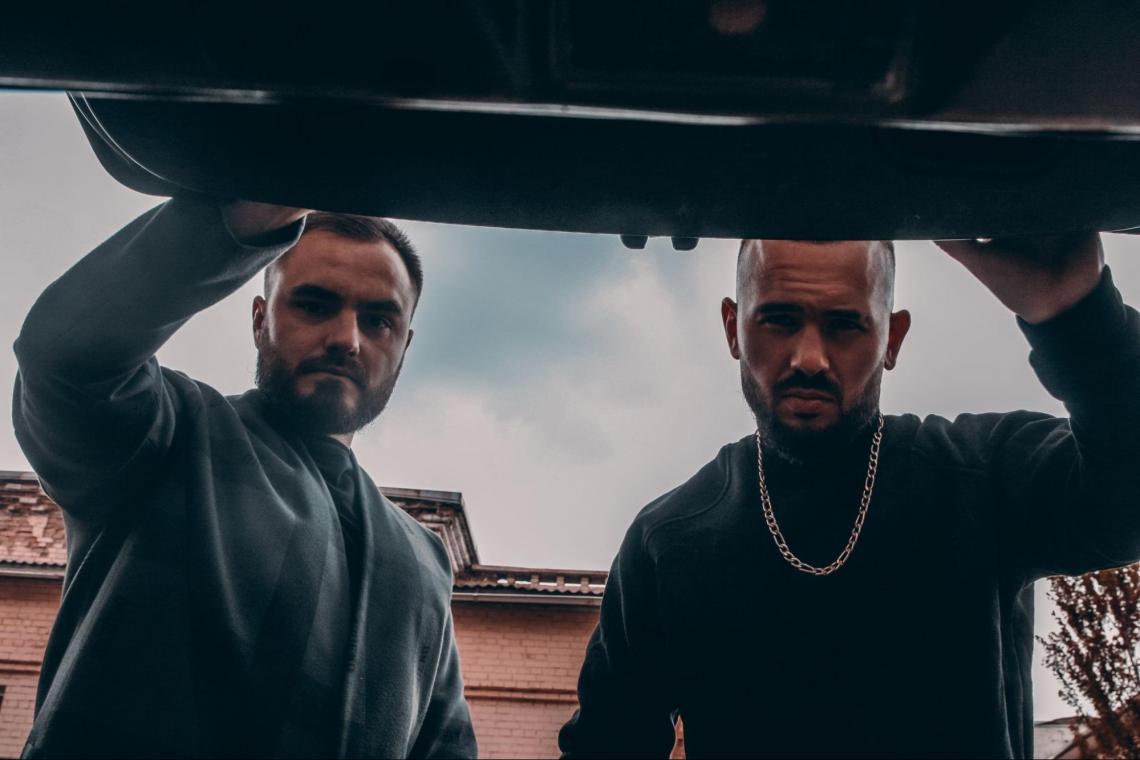 The three components needed for these policies to work are mentioned below:

An economic system in which private institutions own the factors of production.

In the 1987 movie "Wall Street," Michael Douglas, who played the character of Gordon Gekko, summed up the philosophy of laissez-faire capitalism when he famously said, "Greed, for lack of a better word, is good." 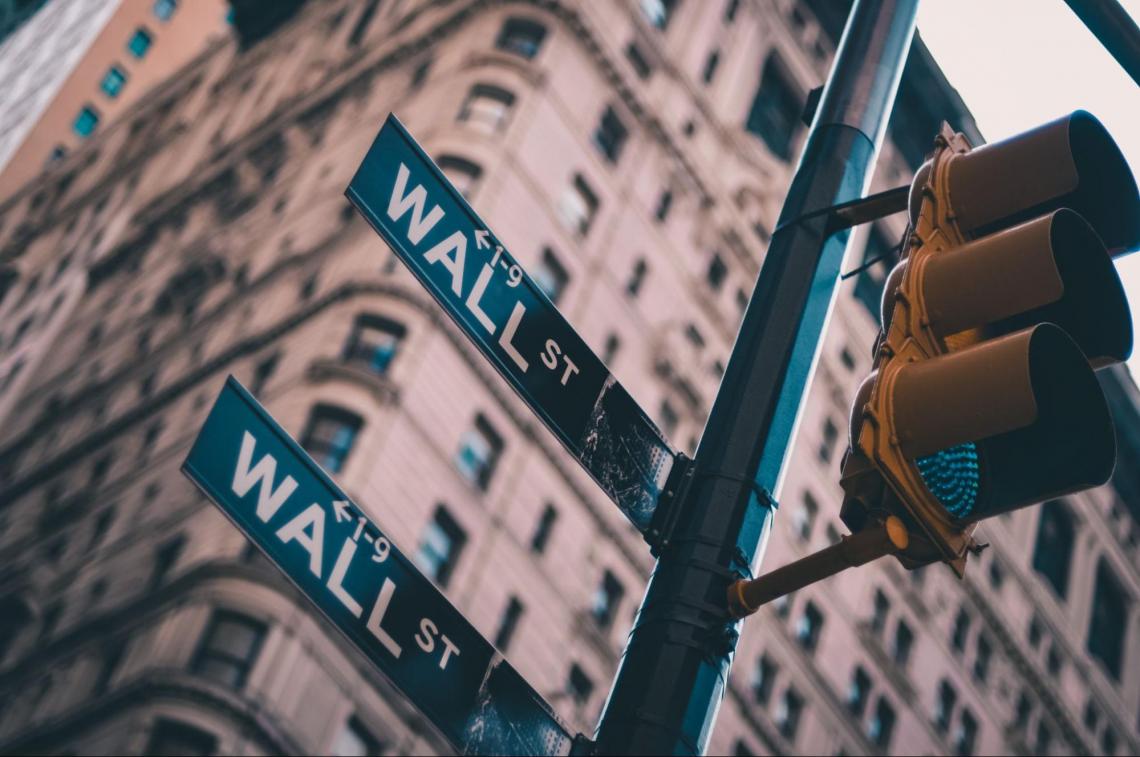 The United States was a "malfunctioning corporation" in the mind of Gordon Gekko due to the Government's intervention. However, he felt that greed could still save the economy if it were allowed to operate freely by the Government.

Former U.S. President Ronald Reagan states, "Government is not the solution to our problem. Government is the problem." In this economy, the Government allows free market capitalism without much interference.

A market economy is required by capitalism to set prices and distribute goods and services. The wares are sold at the highest price by the businesses to consumers willing to pay. 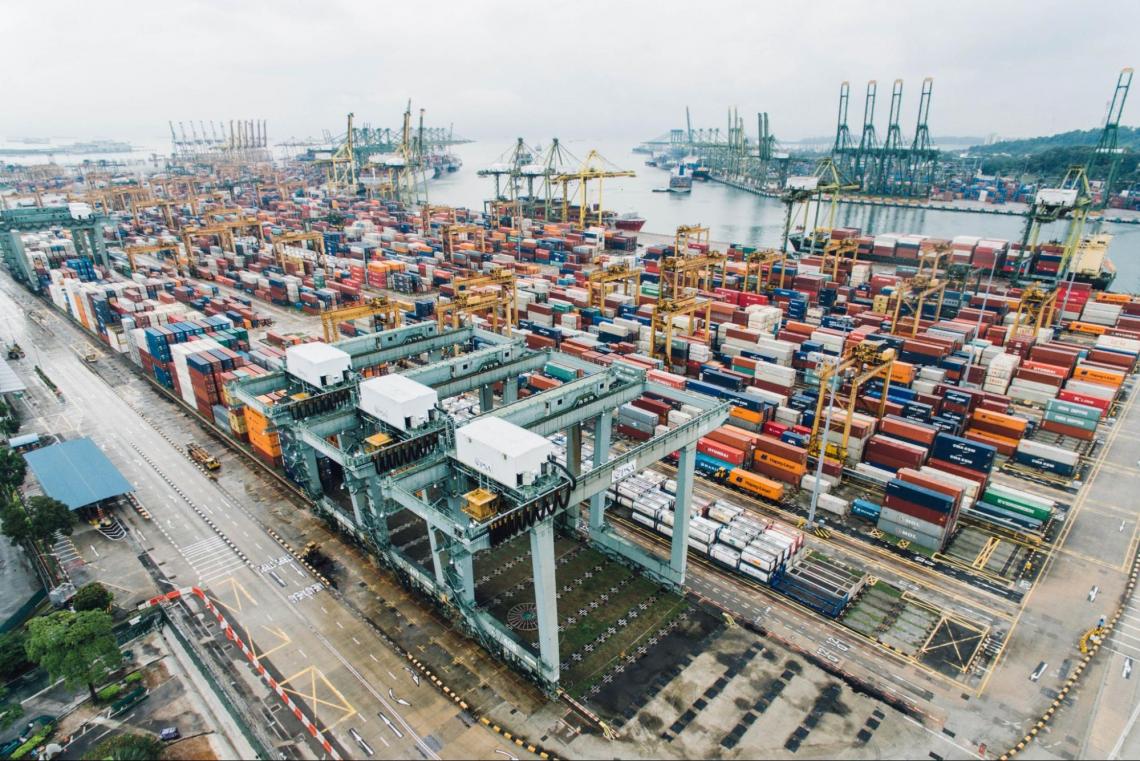 At the same time, shoppers search for the lowest prices for the goods and services they want. Likewise, workers bid for their services at the highest possible wages that their skills will allow, and employers strive to get the best employees for the lowest pay.

The ownership of goods and services is mandatory for a free market economy. The prices are low due to the competitive pressure. In a competitive market, the owners are free to produce, buy, and sell.

As demand increases for any particular item, its prices rise due to the law of demand. The governments protect the markets, ensuring that no one is manipulating the markets and all have equal access to information.

According to rational market theory, all investors base their decisions on logic rather than emotion. Consumers research all available information about every stock, bond, or commodity. As a result, all buyers and sellers have access to the same knowledge. 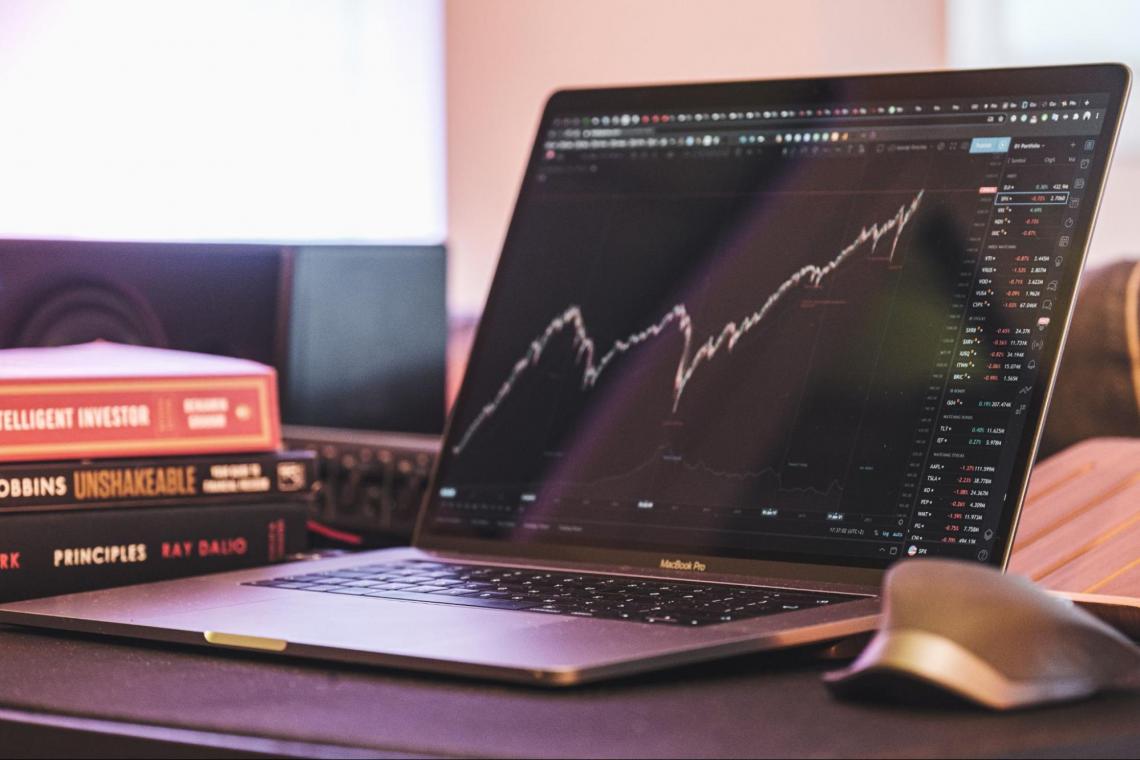 Savvy investors would sell the goods If someone tried to drive their price above their value.

Human reliance on emotion when buying even a single stock is ignored by rational market theory. But in contrast to this theory, investors often follow the herd instead of the information.

In this case, greed leads them to overlook dangerous warning signs-the 2007 financial crisis was a prime example.

The following benefits are offered by Laissez Faire as mentioned below:

This economy gives its businesses more space and autonomy from the rules and regulations of the Government. Otherwise, the Government makes the company's activities more bureaucratic and difficult to proceed with. 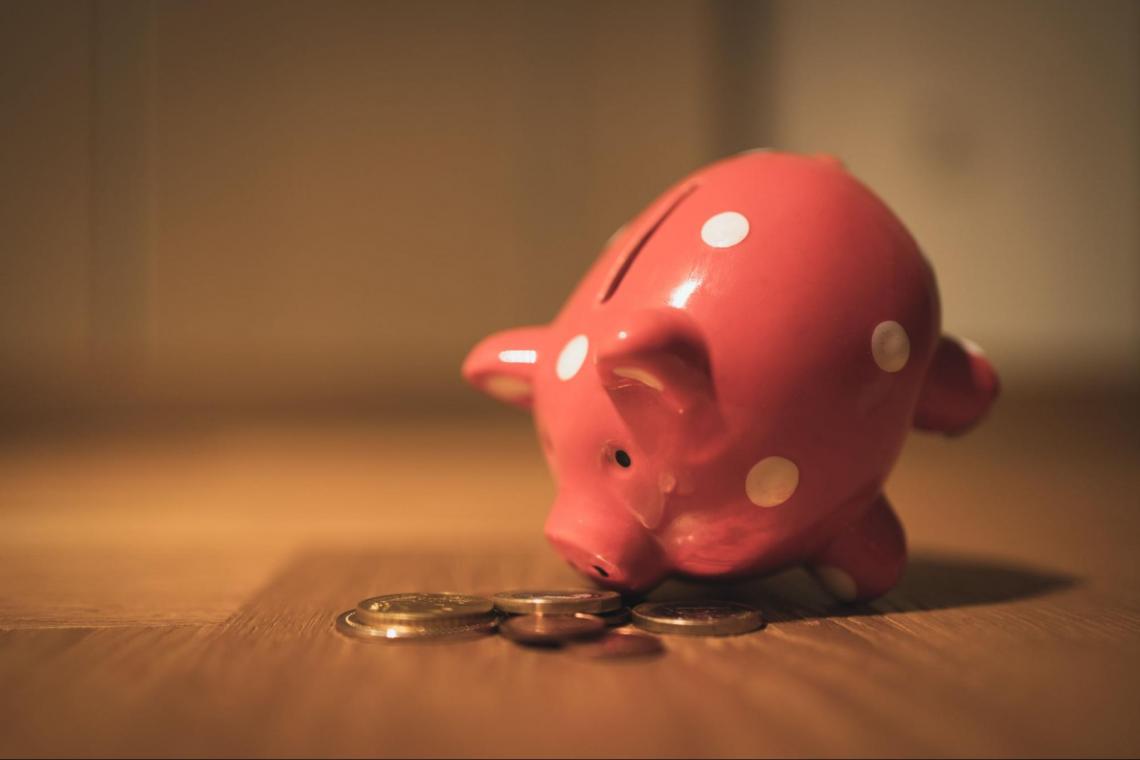 This environment is suitable for the companies and helps them to take risks and invest in the economy. Moreover, the company's profits increase with higher incentives, encouraging competition.

Companies are driven by the need to provide a competitive advantage to their products. Therefore, their approach is compelled to be more creative and innovative. 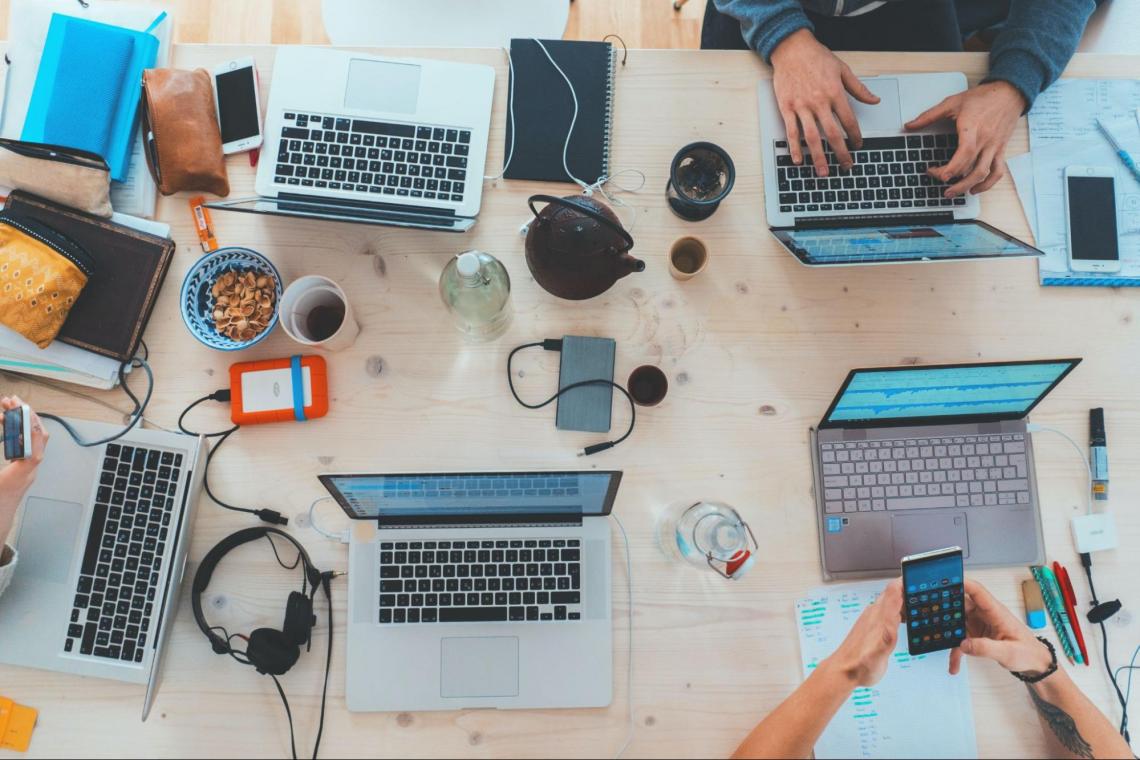 Due to the absence of taxes, companies and employees have more income to spend than before. This also discourages corruption, which results in bureaucrats with limited knowledge but great regulatory powers.

There are a few drawbacks along with the advantages as mentioned below:

According to Thomas Hobbes, an environment of chaos and disturbance is created for both producers and consumers due to the presence of complete autonomy in the state of the economy. 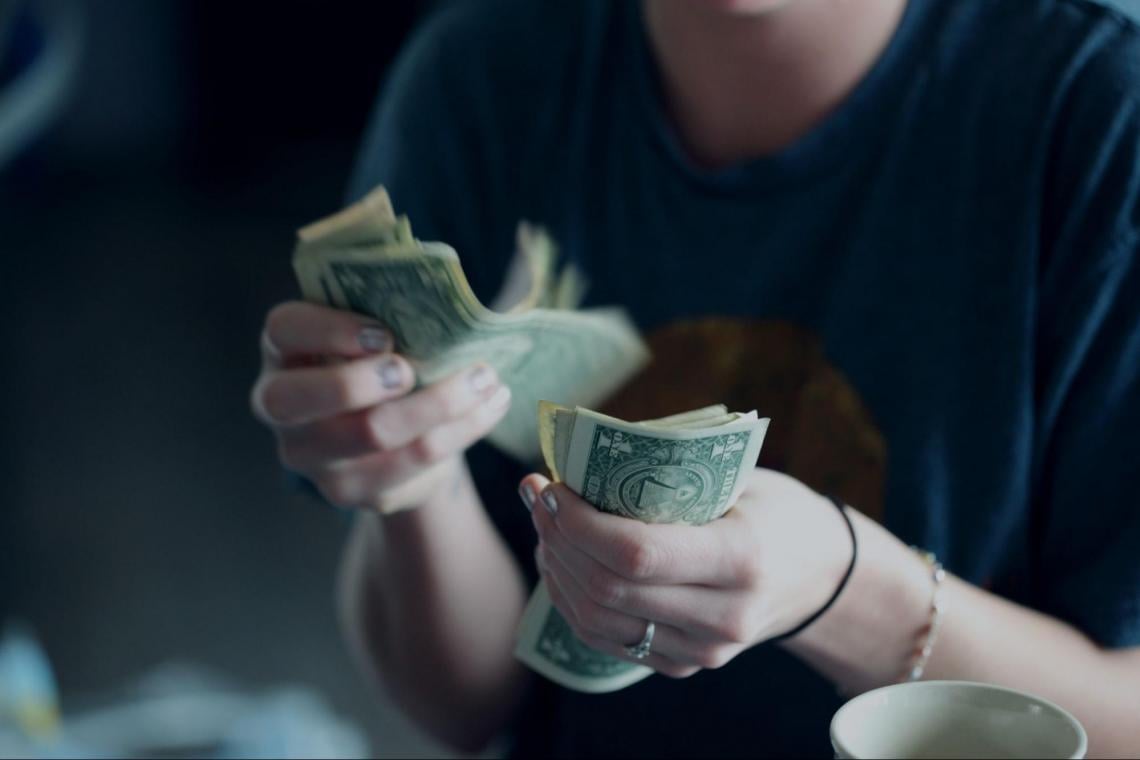 This economic model leads to income inequality, thereby contributing to a vicious cycle where inheritance plays a vital role in wealth placement within society.

According to Adam Smith, monopolies emerge where they can control supplies, charge higher prices, and pay lower wages to workers.

Monopolies resulted from economic policies that were encouraged by Laissez Faire economics.

As described by Rand and Mises, the United States has never had a free market. This economic theory claims that the Government should not interfere in the economy other than when protecting individuals' rights.

2. Failure in the representation of interests of the entire society:

This economic model fails to represent the interests of all sections of the society while only catering to the majority or affluent class of the community.

Therefore, public services with positive externalities like education and health care might not be equally distributed in society, whereas there will be the overconsumption of goods with negative externalities. 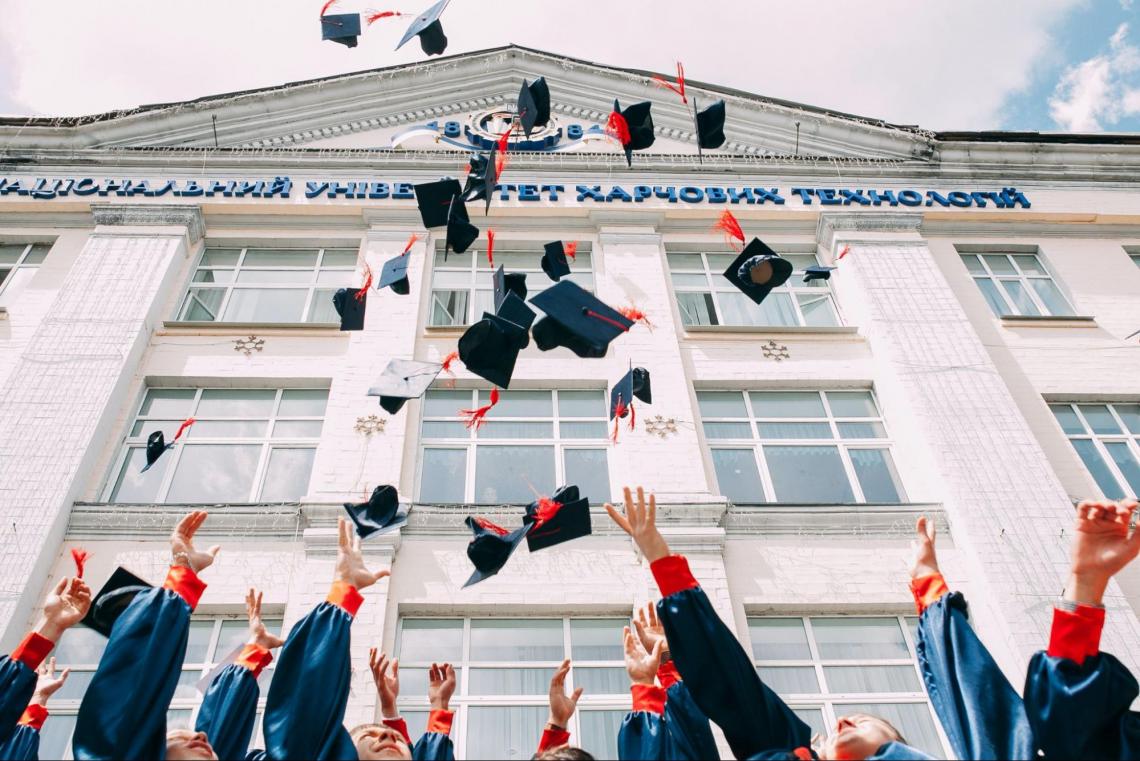 Laissez Faire is more of an adjective now to define the prevalence of its associated features. This economic theory led to huge gaps in wealth and public goods and some cases, economic recessions. 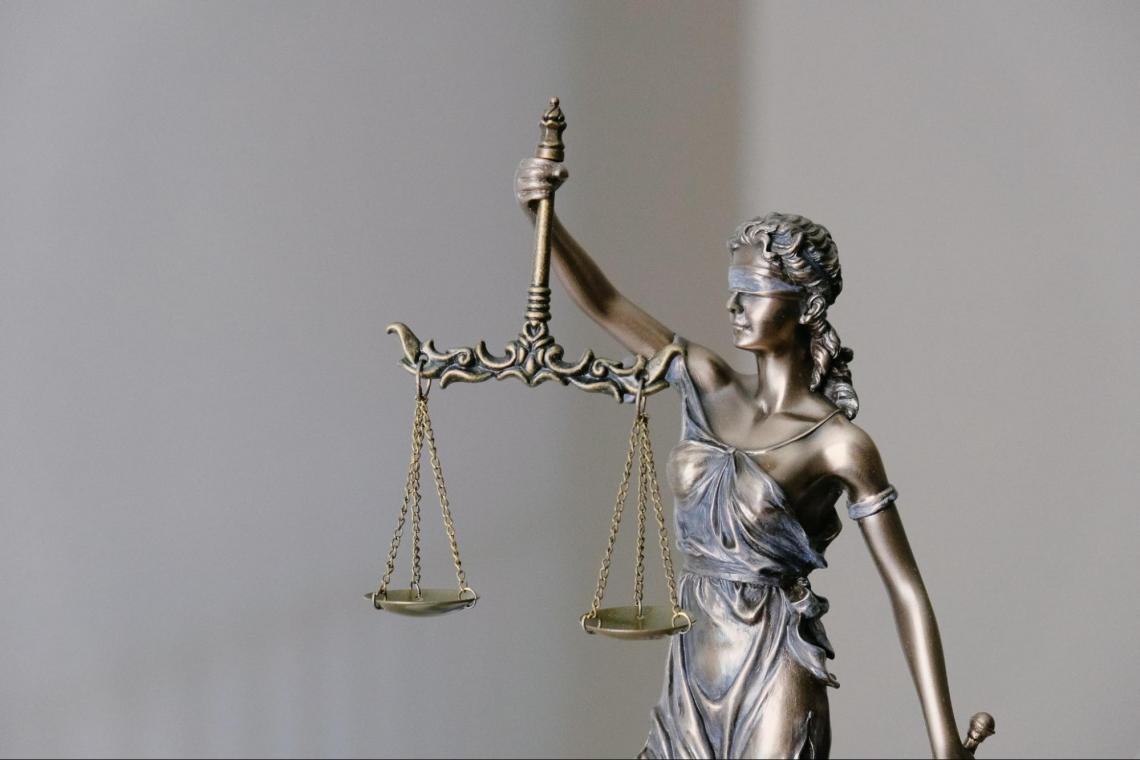 The Constitution of the United States has provisions to protect the free market:

The laws created since the Constitution was written benefit various industries.

These include subsidies, contracts from the Government, and tax cuts. 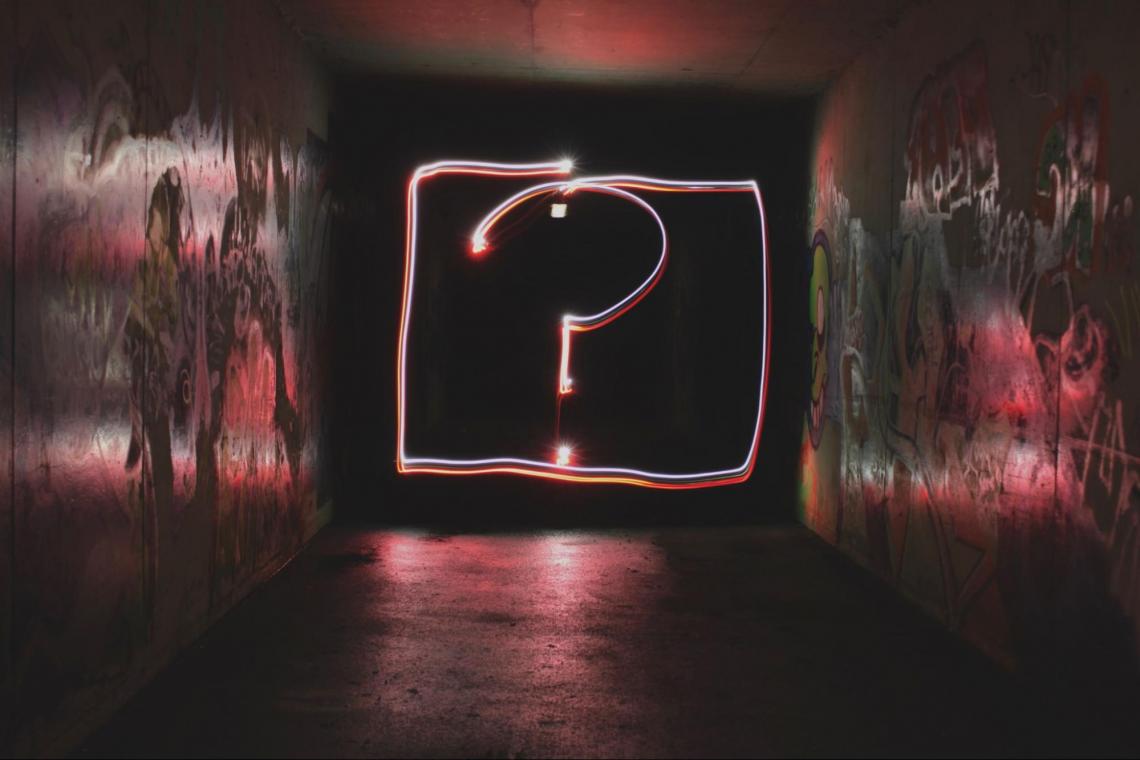 What is Laissez Faire?

It is a policy of minimum interference from the Government's side in businesses' and individuals' economic affairs. The doctrine of the procedure is usually associated with economists who are known as "Physiocrats."

This group flourished in France From about 1756 to 1778. The term in French means "allow doing" or "leave alone."

Where did the term come from?

The origin of this term is unknown. However, according to historians, it is said to have originated from an answer by M. Le Gendre to  Jean-Baptiste Colbert, the then Comptroller General of finance under King Louis XIV of France.

The answer Colbert received from Le Gendre when he asked the industrialists what the Government could do to help their businesses: "Leave us alone."

What led to the decline in the popularity of this doctrine in the late 19th century?

In the late 19th century, industrial growth caused societal changes, and the adoption of mass production techniques demonstrated that this doctrine was insufficient as a guiding philosophy. During the early 20th century, it transformed into Keynesian Economics.