The neutrality of money was an idea that in an economy, any change in the money supply will make no difference to real economic variables like, for example, real interest rates, employment, real consumption, or GDP (gross domestic product). 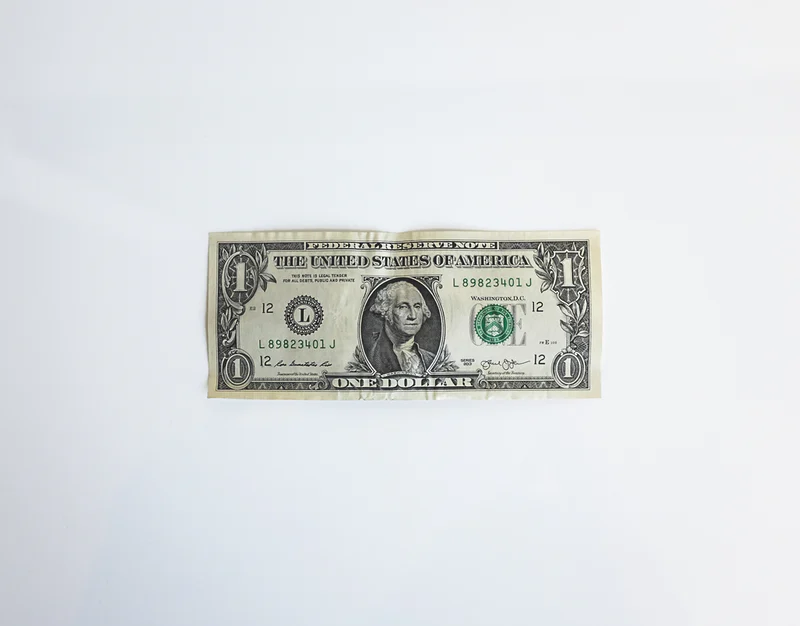 The phrase "neutrality of money" was introduced in 1931 by the economist Friedrich A. Hayek.

Only nominal variables within an economy, such as prices, wages, and exchange rates, alter when the money supply changes.

The theory implies that the central bank does not affect an economy's real (or major) variables. It states that any change in the money supply is counteracted by changes in the prices of goods & services and the wages an individual earns.

According to the theory, when neutrality of money and 0% population growth coincide, the economy is in steady-state equilibrium. If an economy's central bank increases the money supply by 10%, prices will increase by the same amount.

In layman's terms, if we increase the money supply by 10%, each currency unit is worth 10% less.

It is a theory based on the idea that money is a "neutral" factor that has no real effect on the economic equilibrium. Printing additional money cannot change the fundamental nature of the economy, even if it drives up demand and increases the prices of goods and services. 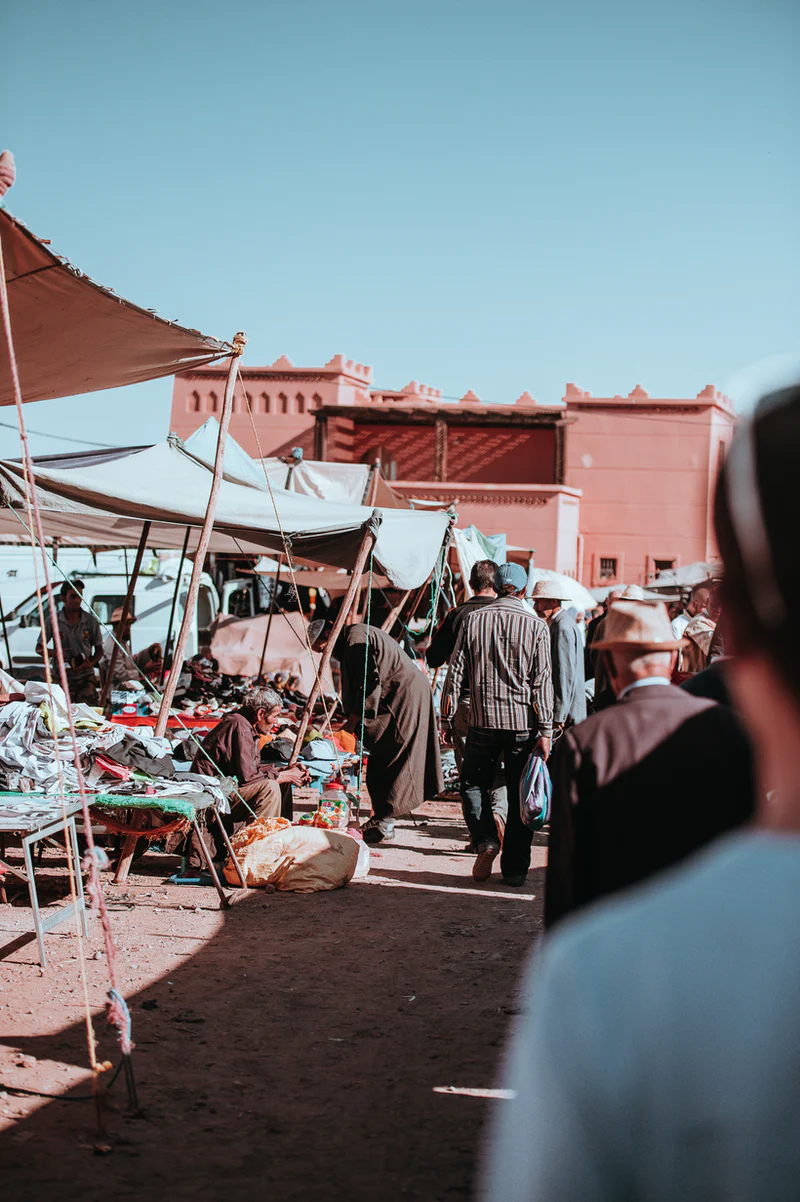 According to the theory, all the goods' markets are cleared continuously. As a result, the relative prices adjust flexibly and always towards equilibrium. Changes in money supply do not appear to change the underlying economic conditions.

As a result, the aggregate supply should remain constant. Of course, every economist does not agree with this thinking, but those economists believe that the theory only applies over the long term.

For example, if a macroeconomist studies the monetary policy of a central bank, such as the Federal Reserve.

And when the Federal Reserve engages in open market operations (OMO), the economist does not assume that changes in the money supply will change employment levels, future capital equipment, or real wealth in long-run equilibrium.

Those factors will remain constant, giving the economist a more stable set of predictive parameters.

This concept of money neutrality shows that since it is neutral, money has no real impact on an economy's equilibrium.

As per the theory, the money supply can change the prices of goods and services, but it does not have the power to alter the nature of the economy all by itself.

This theory was developed from classical economics. It has received huge flak as the theory does not resonate with the current economic requirements and is considered less relevant in the modern economy. The idea is probably helpful in the long term, not the short term.

History of the concept

Nowadays, "Neutrality of Money" and "Veil of Money" are shorthand expressions for the basic quantity theory proposition that it is only the absolute price level of an economy, not relative prices and the rate of interest. 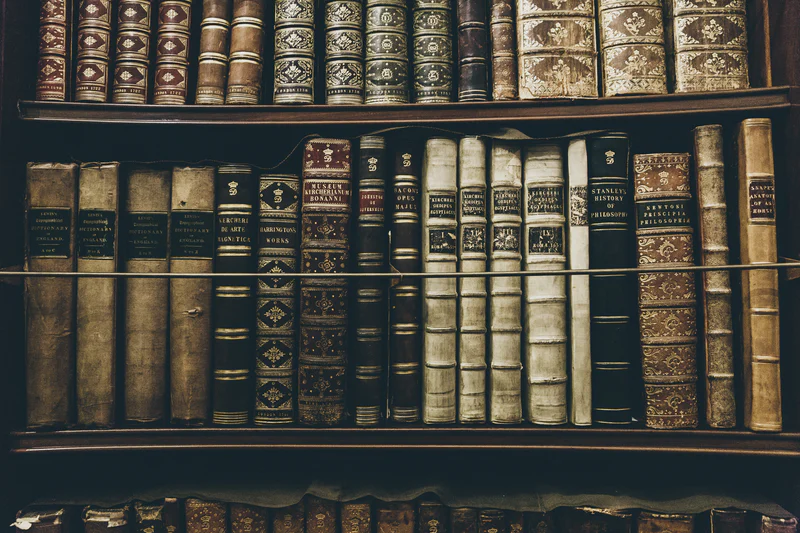 Conceptually, money neutrality grew out between 1750 and 1870 of the Cambridge tradition in economics. The earliest version posited that even in the short run, the level of money could not affect employment or output.

As the aggregate supply curve is presumed to be vertical, a change in the price level does not alter the aggregate output. Followers of the theory believed shifts in the money supply affect all goods and services proportionately and nearly simultaneously.

However, many classical economists rejected this notion and believed short-term factors, such as price stickiness, were sources of non-neutrality.

The term "neutrality of money" was eventually coined in 1931 by Austrian economist Friedrich A. Hayek.

According to Austrian business cycle theory, Hayek originally defined the neutrality of money as a market rate of interest at which malinvestments, i.e., poorly allocated business investments, did not occur and did not produce business cycles.

Later, neo-Keynesian and neoclassical economists adopted the phrase and applied it to their general equilibrium framework, giving it its current meaning.

The neutrality of money – classical economics

The theory is a core belief of classical economics. The theory was first proposed by Scottish economist David Hume (1711-1776). 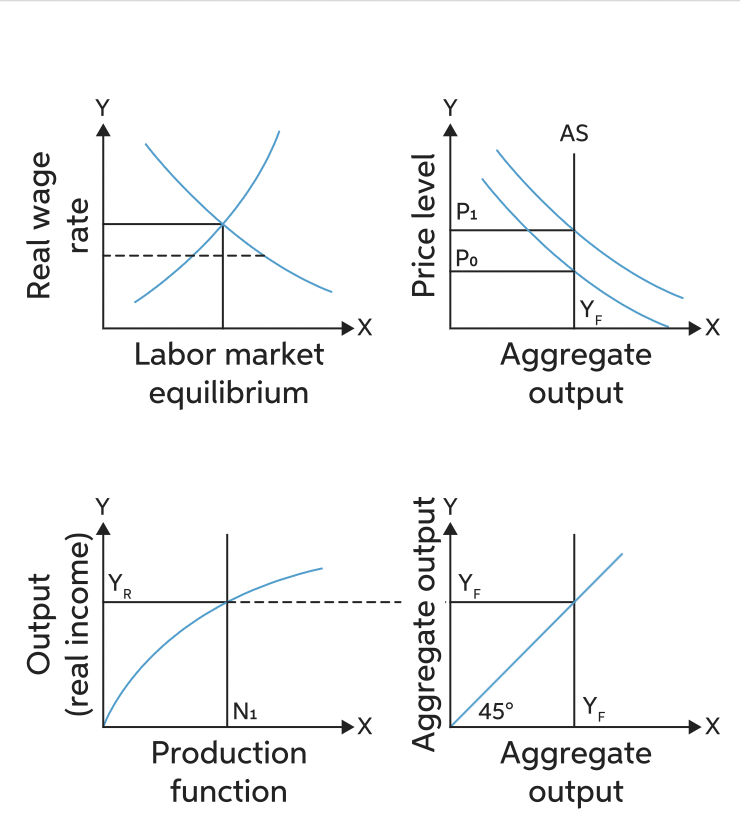 He set out the classical dichotomy that there are two types of economic variables – real and nominal. Hume explained that whatever influences nominal variables may not necessarily impact the real variables, i.e., the real economy.

In the classical model based on the flexibility of prices and wages, money supply changes only affect the price level and nominal magnitudes (i.e., nominal interest rate, money wages).

While the real variables such as levels of labor employment and output, saving, and investment, real wages, and the real rate of interest remain unaffected.

The independence of real variables from changes in money supply and nominal variables is called the classical dichotomy.

Examples of real variables are employment, the amount of real investment, and output (GDP).

While Hume thought of the concept of monetary neutrality, continental economists first used the term 'The Neutrality of Money at the beginning of the twentieth century.

The economist Friedrich Hayek (1899-1992), an Austrian-British, is best known for his defense of classical liberalism. When he introduced the term in 1931, it exploded as a special topic in economic literature, especially English.

The Superneutrality of Money is an even stronger version than the neutrality of money, assuming that any change in the money supply will not affect the real economy. Also, the rate of money supply growth has no visible effect on real variables. 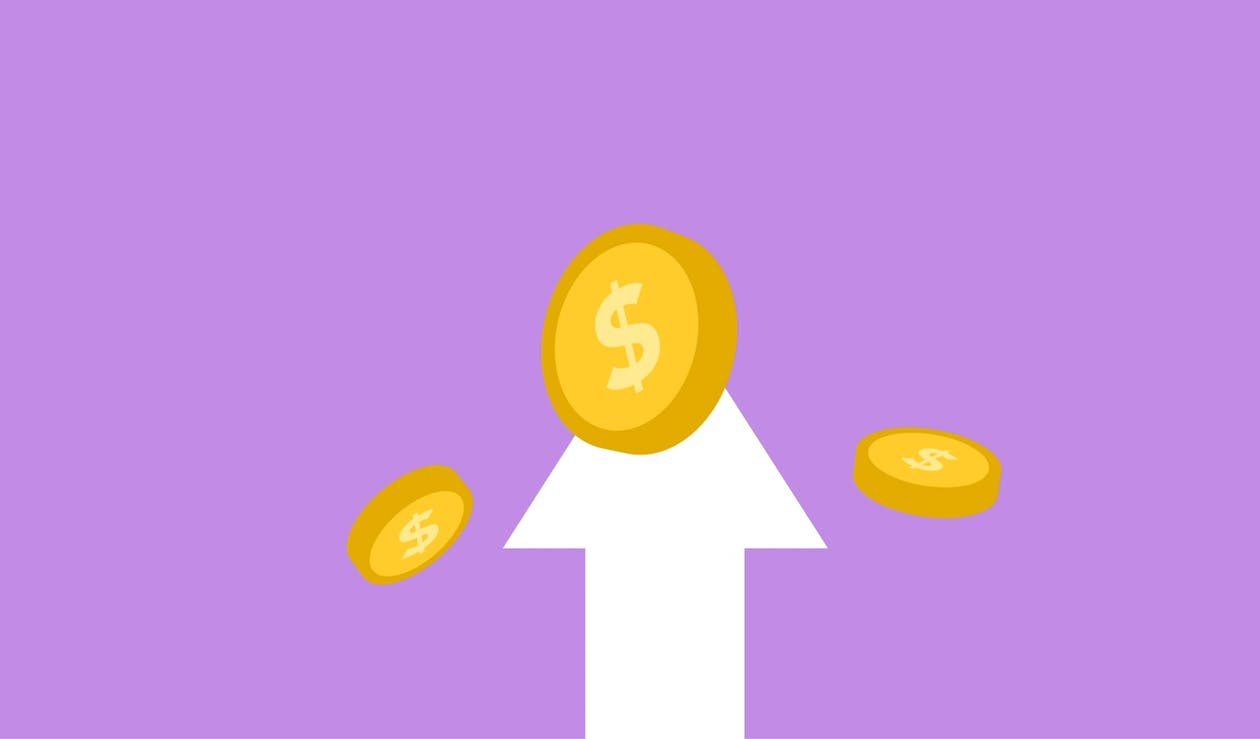 Both the neutrality of money and super neutrality concepts are used when looking at long-term models of the economy.

Reasons for departure from super neutrality

A surge in the monetary growth rate, and the resulting surge in the inflation rate, lead to a slump in the real return on narrowly defined (zero-nominal-interest-bearing) money.

Therefore, people choose to reallocate their asset holdings away from money (that is, there is a decrease in real money demand) and into real assets such as goods inventories or even productive assets.

The shift in money demand can affect the supply of loanable funds, and the combined changes in the inflation rate and nominal interest rate may leave real interest rates changed from previously. Real expenditure on physical capital and durable consumer goods can be affected.

This touches on an old question in economics: whether money should always be fully backed by segregated assets (gold, loans) or whether lower asset backing levels are warranted to counter deflationary pressures.

This question is relevant due to the adverse side effects of low-interest rate policies and central bank digital currency development.

Milton Friedman (1912-2006), an economist awarded the 1976 Nobel for Economics to explain the neutrality of money, gave the example of the 'helicopter drop.' 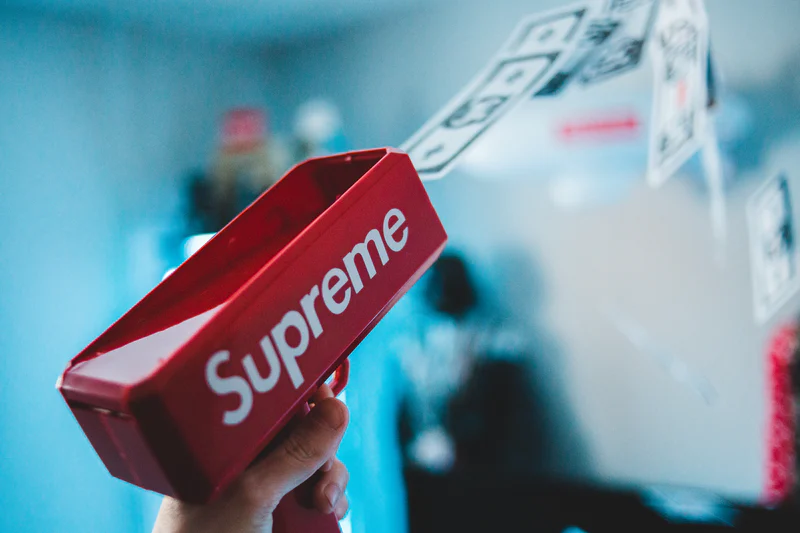 Imagine an economy in perfect economic equilibrium when suddenly the following occurs:

"Hypothetically, let us suppose that one day a helicopter flies over our long-stationary economy and drops money from the sky equal to the amount already in circulation, say, $1,000 per representative individual who earns $7,000 a year. In income."

Of course, the money will be hastily collected by community members.

Economic equilibrium is an economic state where demand equals supply.

Note: Helicopter drop or helicopter money refers to printing huge sums. The governments and Central banks distribute the money to people, hoping the measure will boost the economy.

It is essentially a metaphor for extraordinary measures to kick-start the economy. Governments and Central banks may adopt such measures during recessions and deflationary periods.

In 2016, Japan considered using helicopter money to assist with the country's slowing growth.

The Reality of Money

Money is an exchange accepted worldwide, regardless of the type or denomination. 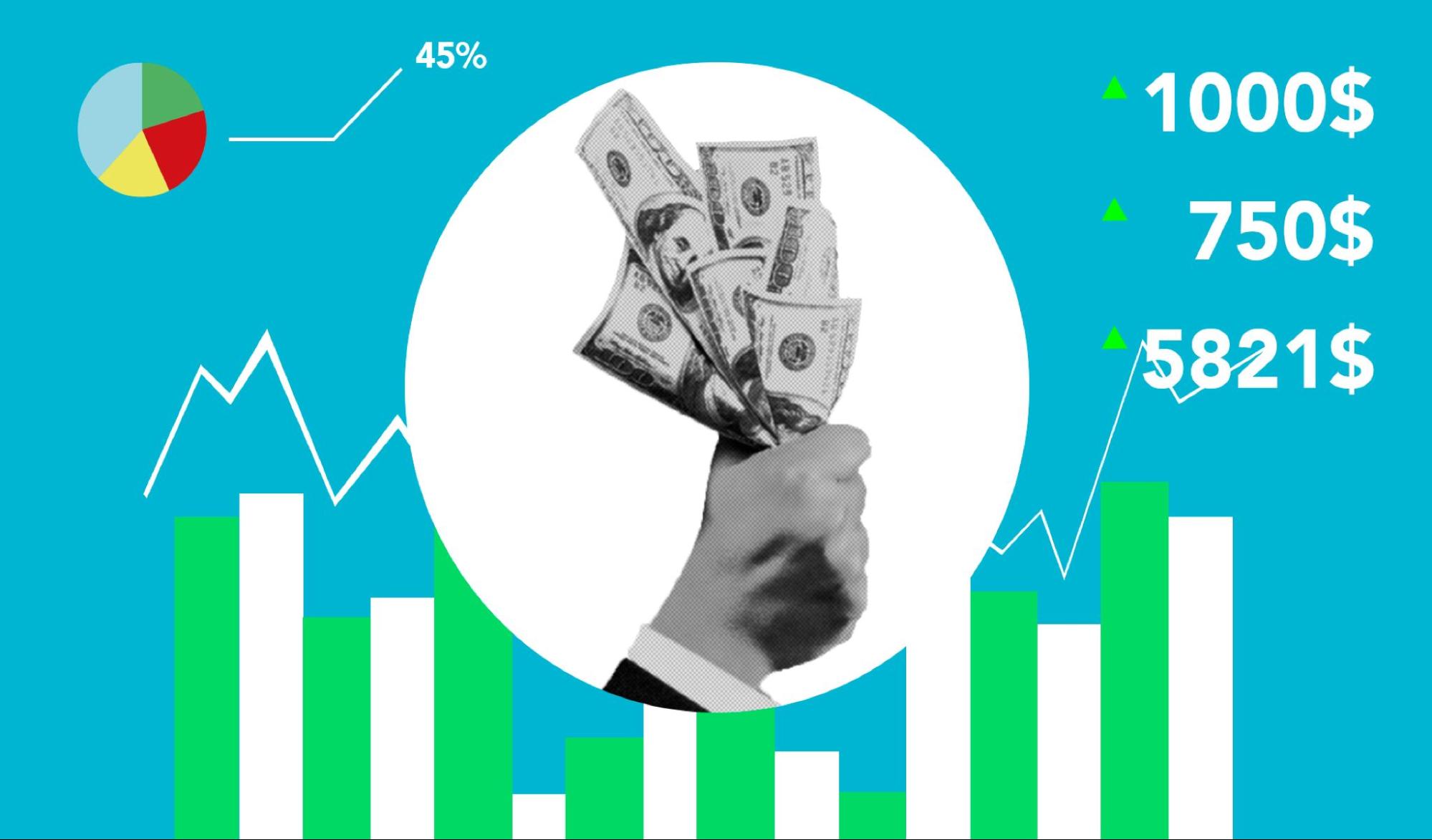 Money is the medium in which prices and values are expressed. It circulates from country to country and person to person, facilitating trade and is the principal measure of wealth.

The primary function of money is to enable buying to be separated from selling, thus permitting trade to take place without the double coincidence of barter.

In principle, credit could perform this function, but before extending credit, the seller would want to know about repayment prospects.

Its literal purpose is to be used in exchange for other goods and services. Money comprises several subfunctions:

However, these functions are just the subsets of the primary purpose of the exchange.

It should be pointed out that money is, in fact, itself good. Money, therefore, is subject to the same rules and laws as other goods.

The rule that stands out most is the law of diminishing marginal utility. It means that the more money supply, the less each unit of money will be worth. This is because money can not be exchanged for the same value or amount of goods and services.

The theory has attracted criticism from many notable economists, including John Maynard Keynes, Ludwig von Mises, and Paul Davidson, who rejected the short and long-run concept. 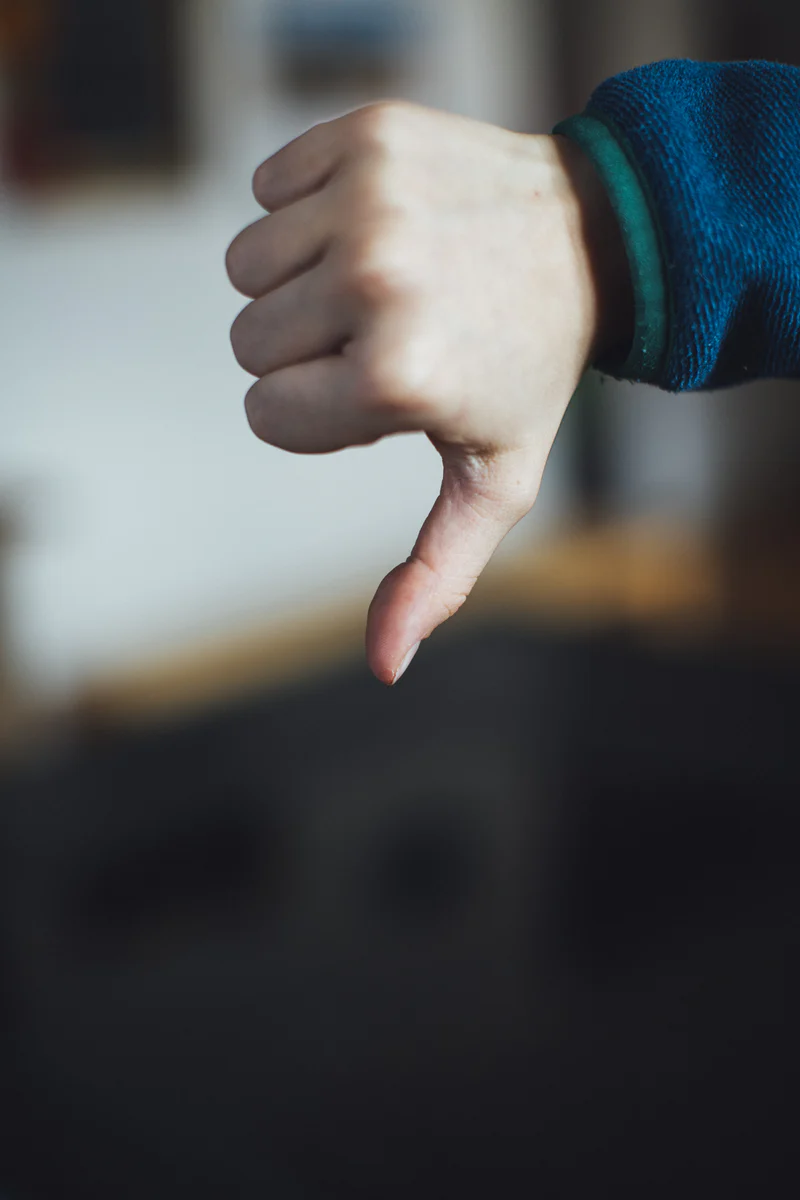 Critics of the theory suggest that money isn't neutral by its very nature. When the supply of money increases, it causes a corresponding decrease in value.

Many econometric studies suggest that variations in the money supply affect relative prices over long periods. The primary argument states that the value of money decreases as the money supply increases.

In addition, when the money supply increases, it enables those who get it first to purchase goods and services with little to no price change.

As the new money reaches the later users, prices will go up to counteract the surplus of funds. As a result, users receiving the money later will be forced to pay higher prices. This effect is known as the Cantillon Effect.

An increase in the supply of money also affects production and consumption. The New money injected into an economy causes a necessary change in relative prices, as discussed above.

Everything becomes expensive, so how much individuals and families consume will change. But unfortunately, it also raises the costs associated with companies, making production more costly.

The theory of money neutrality suggests; that any increase in money supply can change only the prices, wages, and exchange rates (nominal variables) and not the economy as a whole.

However, this theory fails to check the occurrence of fluctuations in business in the modern economy. 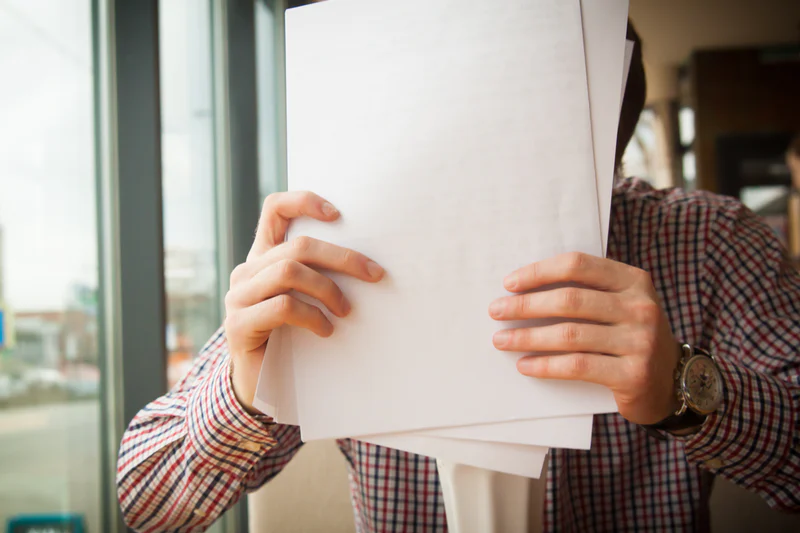 Critics believe this concept is impracticable since it is not and can never gain a neutral status given the nature of money. An increase in money supply can affect consumption and production, and when new money is injected into the economy, it has a massive change in relative prices.

Critics who oppose the theory suggest that the nature of money is such that it cannot be neutral.

When the money supply goes up, its value goes down, and when the money supply rises, it enables the initial receivers to purchase products and services with zero or minimal change in price. This means those receiving money lately will be bound to pay higher and unjust prices.

This is known as the Cantillon effect. An increase in the supply of money can also impact production and consumption.

When new money is introduced into an economy, it causes prices to change, which means that if the prices of goods and services are increased, it will impact individuals and families.

This rise in the money supply can also increase associated costs as goods and services become more costly.