Refers to the concept of maximizing well-being and satisfaction from personal preferences for consuming goods & services.

Moral philosophers were the founders of the theory of utilitarianism that focused on the school of thought maximizing well-being and satisfaction. 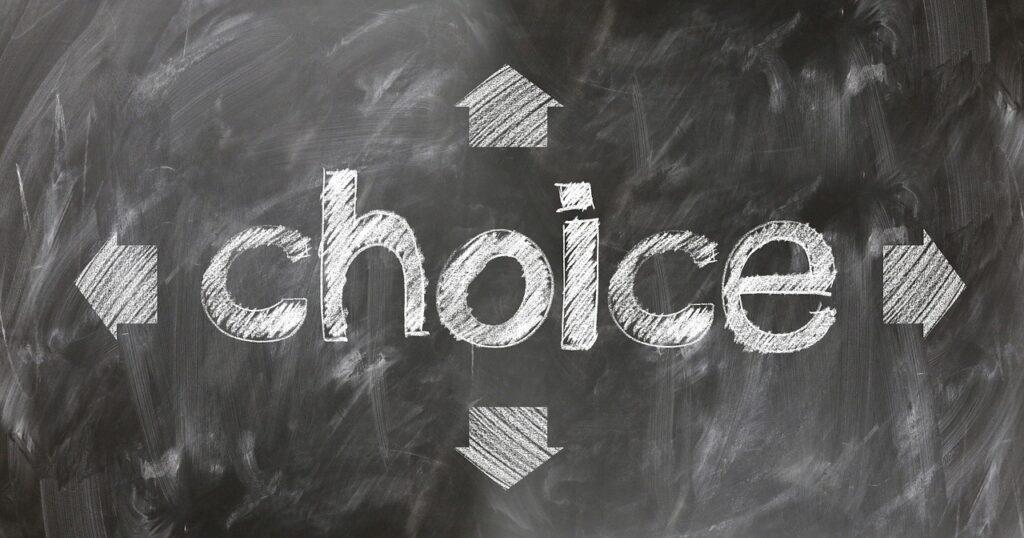 In economics, this concept was derived from this, but it focuses on personal preferences for the consumption of goods & services.

The theory is based on individuals' preferences according to which they rank their choices.

Each individual has intrinsic preferences; its function can be used to quantify and measure the conceptual ideas behind satisfaction and intentions. 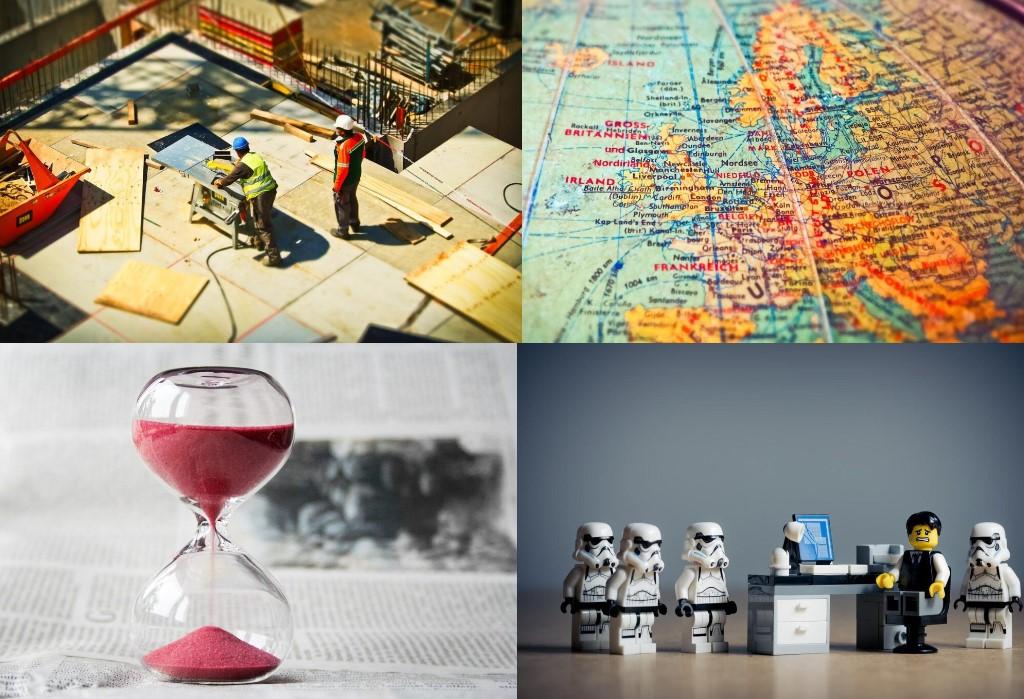 The theory of utilitarianism involved philosophy, physics, psychology, & economics back in the 18th & 19th centuries. The origins of its measurement changed when it was freed from physics.

When a consumer makes a decision, their satisfaction value depends on the level of uncertainty they are willing to take for a particular outcome. 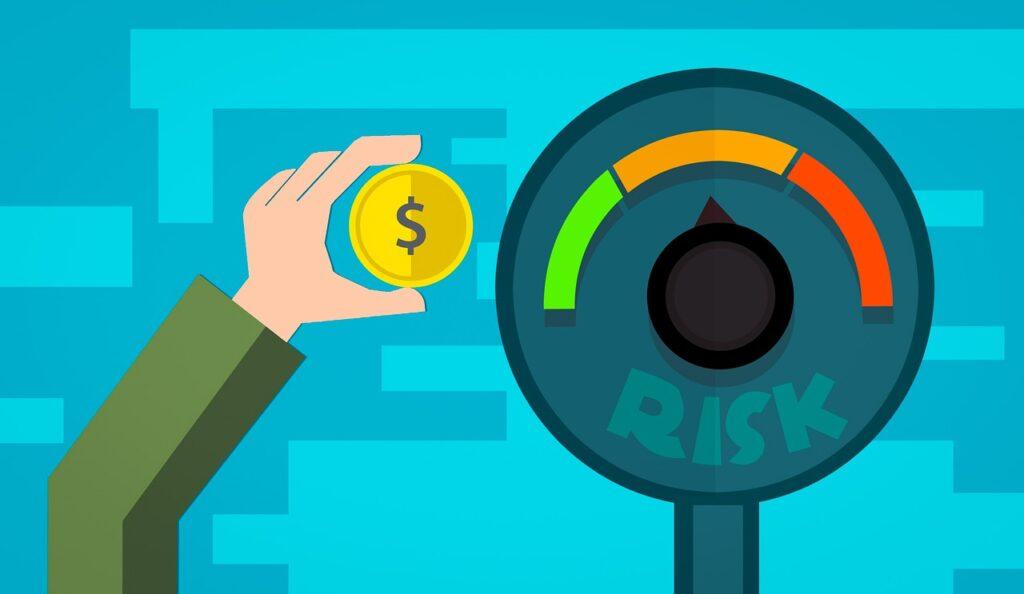 There are three levels of uncertainty listed below:

A. Risk-averse: The consumer is apprehensive, avoids taking any risk regardless of the outcome, and opts for a lower payoff if the risk is low. 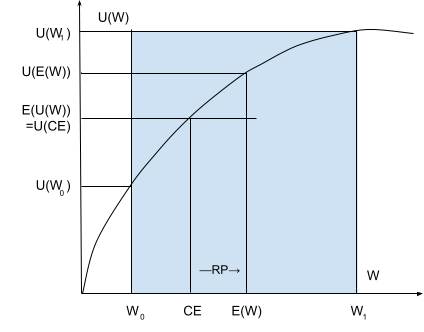 B. Risk neutral: The consumer is indifferent towards any level of risk to get a favorable outcome. 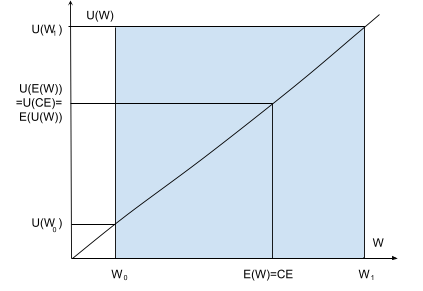 C. Risk loving: The consumer seeks risk and would take any risk regardless of the outcome and opt for a higher payoff even if the risk is high. 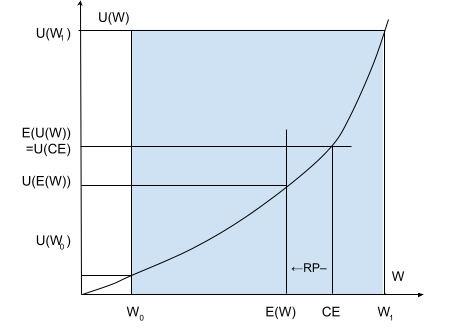 The causes of irrational decisions can be as follows:

They are evaluations concerned with the value of the consumer's choice. They are based on relative utility leading to an optimal choice. For example, a person's taste determines preference instead of price, income, or availability. 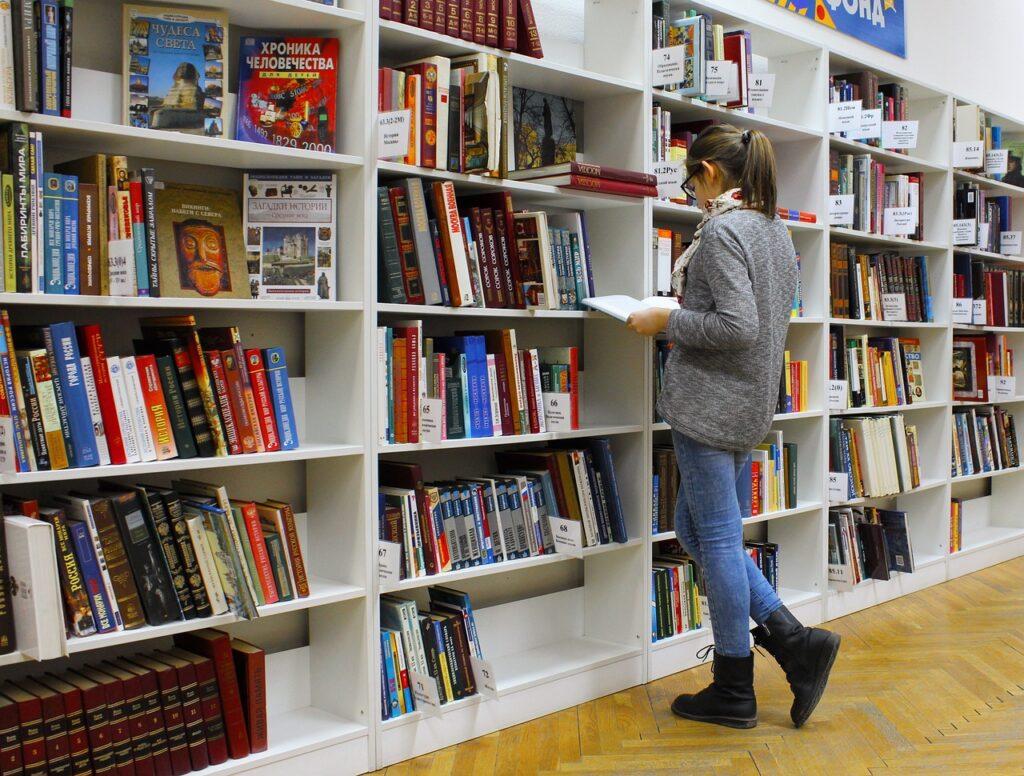 Consumer preferences are based on the type of good:

These goods can be represented on the indifference curve, which represents the points on graphs connecting different quantities of two goods between which consumers are indifferent. It helps in indicating the value of the goods to the consumer.

Following are some examples of indifference curves for the normal, substitute, and complementary goods: 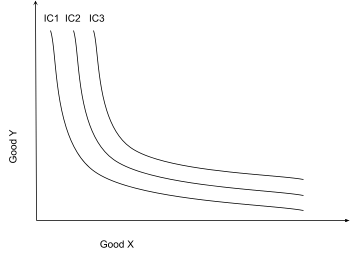 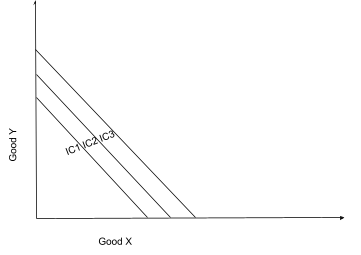 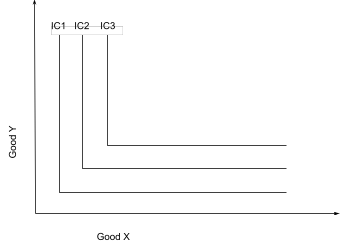 1. Marginal utility (MU): Marginal additional private benefit when each additional unit is consumed. It is calculated with the following formula:

Three kinds of MU are: 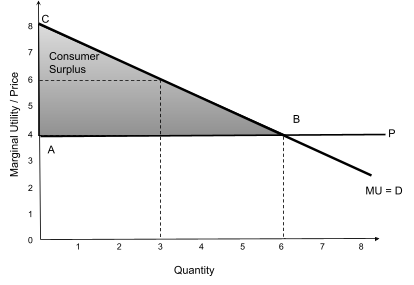 2. Total utility (TU): It is the aggregate of the total satisfaction derived from the consumption of the good & service; TU is maximized where MU = 0 [refer to Table 1 & Illustration 8 → quantity five consumption pattern]

TU is expressed as follows:

Example: Consumption of 4 chocolates gives satisfaction from the first unit 16, from the second unit 12, from the third unit 8, and the fourth unit 4. The TU would be the sum of all units, i.e., 40.

3. Average utility (AU): It is the satisfaction that the consumer obtains by consuming each unit, and AU gradually reduces with the consumption of an additional unit [refer to Table 1 & Illustration 8 → quantity 1 to 6 consumption pattern]

AU is calculated by dividing the TU by the quantity consumed:

The concept of TU, MU, and AU is further explained in the following table and illustration. 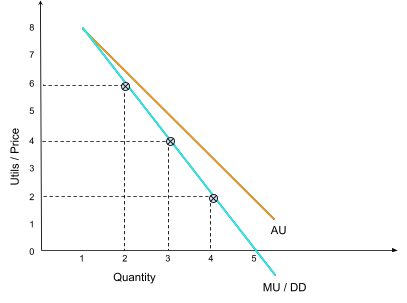 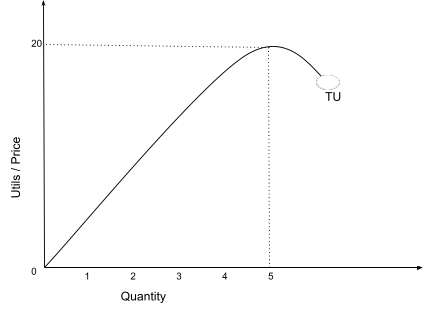 This law states that the MU with each additional unit declines as consumption increases. It is directly related to diminishing prices.

As the satisfaction of a product decreases with an increase in its consumption, consumers aren't willing to pay more price for the additional units. It directly impacts the pricing because the price for a product must correspond to the consumer's MU and willingness to consume

As the quantity consumed increases, the MU derived from each unit decreases [refer to Table 1 & Illustration 8 → quantity 4 to 6 consumption pattern]

Below is the weighted MU:

The Law Of Equi-Marginal Utility (EMU)

It is an extension of the law of DMU. It is also known as the law of maximum satisfaction/law of substitution and implies that human wants are unlimited, but the means to satisfy these wants are limited. 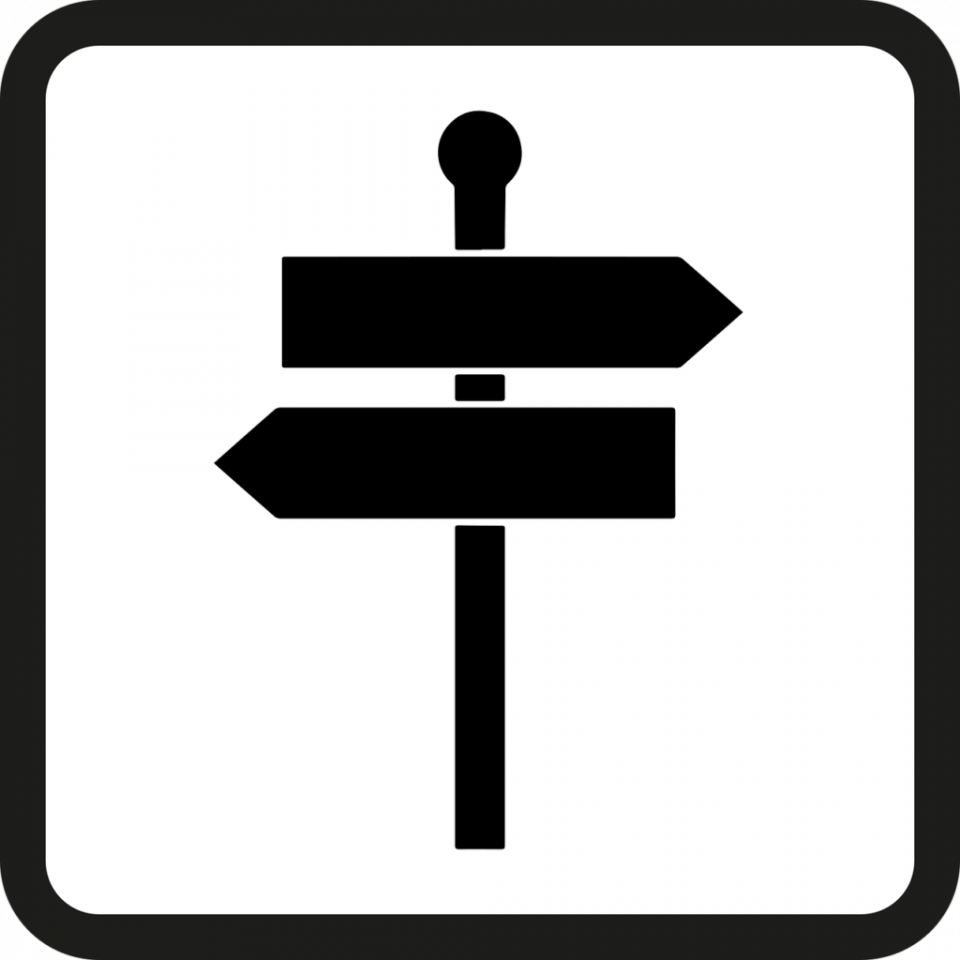 A consumer weighs the most urgent want to be satisfied within their reach per the quantity and pricing allowed. Every rational consumer tries to make the best use of their resources and derive maximum satisfaction.

Every unit of money spent by a consumer on a product must give them maximum satisfaction, i.e., some units of a product are substituted for greater satisfaction as substitute goods increase the satisfaction over the goods that were replaced.

It applies to satisfaction from a single commodity where MU equals price. It is a more practical approach to DMU. 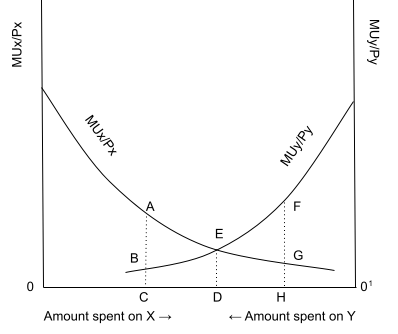 What is the concept of utility in economics?

In economics, it is the extent of satisfaction achieved by an individual from an economic act of utilizing a good or service.

Why is it important in economics?

The concept is significant in economics as it explains the characteristics of supply, demand, and pricing.

What are the 4 types?

The four types are form, time, place, and possession.

Who proposed the theory?

The theory was proposed by Bernoulli back in 1738 to settle the problem using expected value.

What are the important features?

It is psychological, it is not equivalent to usefulness, it is not the same as pleasure, it is personal & relative, it is the function of the intensity of human want, it cannot be measured objectively, and it has no ethical or moral significance. 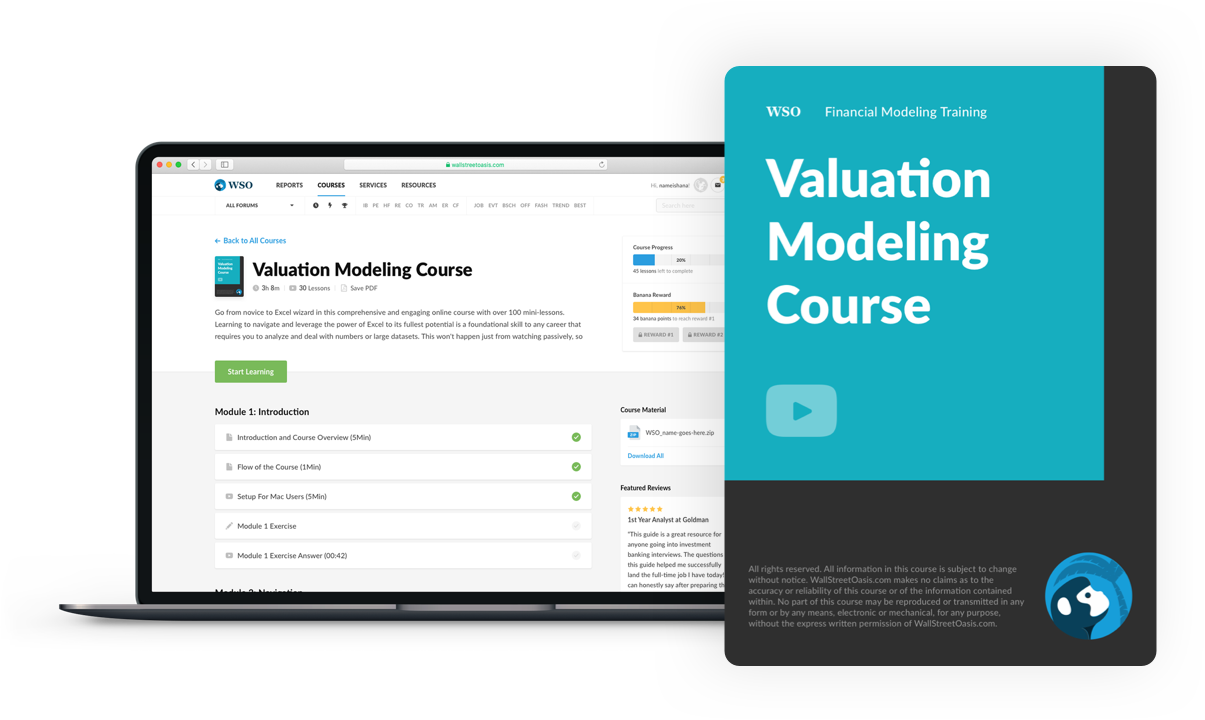 Researched and Authored by Akanksha