Spoofing is a disruptive algorithmic trading technique that involves making a large number of bids to buy and offers to sell and subsequently withdrawing them before any deal is executed. Those who engage in this strategy hope to inflate market expectations or generate a false sense of demand. 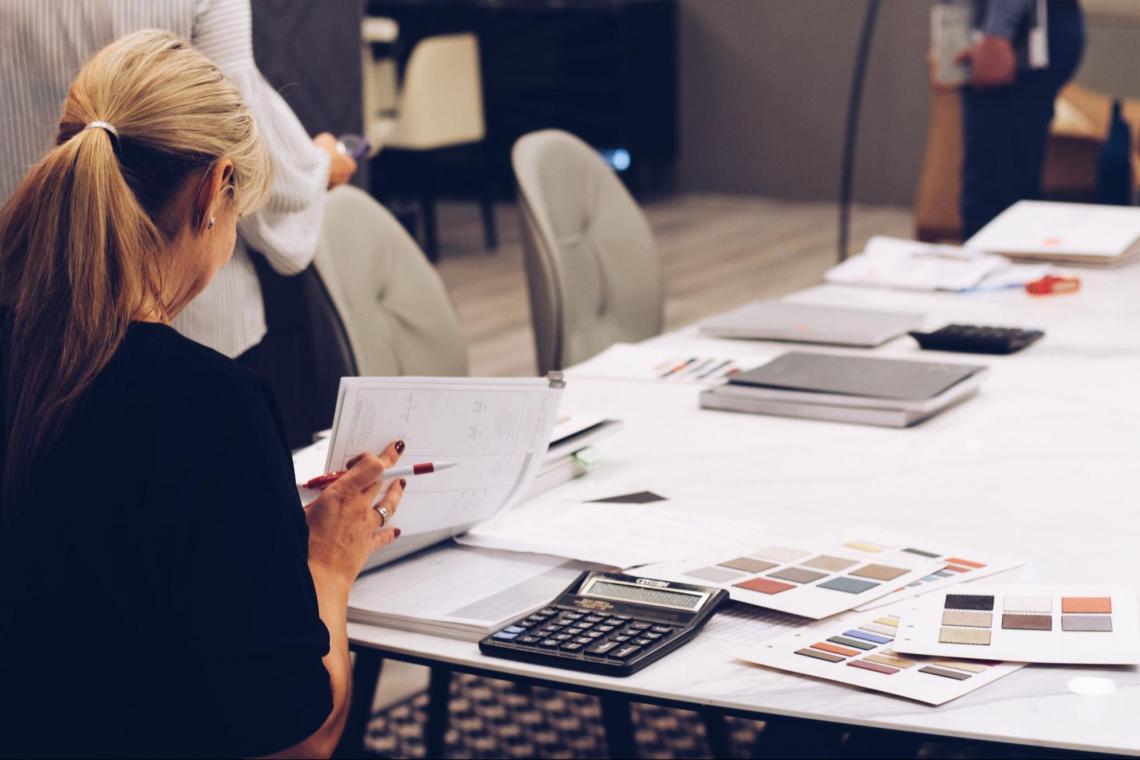 A trader can influence the actions of other market players and alter the price of an asset by inducing false sentiment in the market. Consequently, a spoofer can make money by responding to the changes. This is why it is viewed as a type of market manipulation.

It gained popularity as high-frequency trading expanded (HFT), allowing a huge number of trade orders to be filled quickly.

Due to the benefits of HFT, it has a vastly expanded potential that offers prospects for increasing profit margins and changing the price of assets to a greater extent.

By putting in phony orders to purchase or sell assets including stocks, commodities, and virtual currencies, a practice known as spoofing allows traders to manipulate markets.

The majority of the time, traders who try to game the market employ bots or algorithms to automatically place buy and sell orders. The bots cancel the orders when they are about to be filled.

The basic goal of this tactic is to convey the misleading impression that there is pressure to purchase or sell. 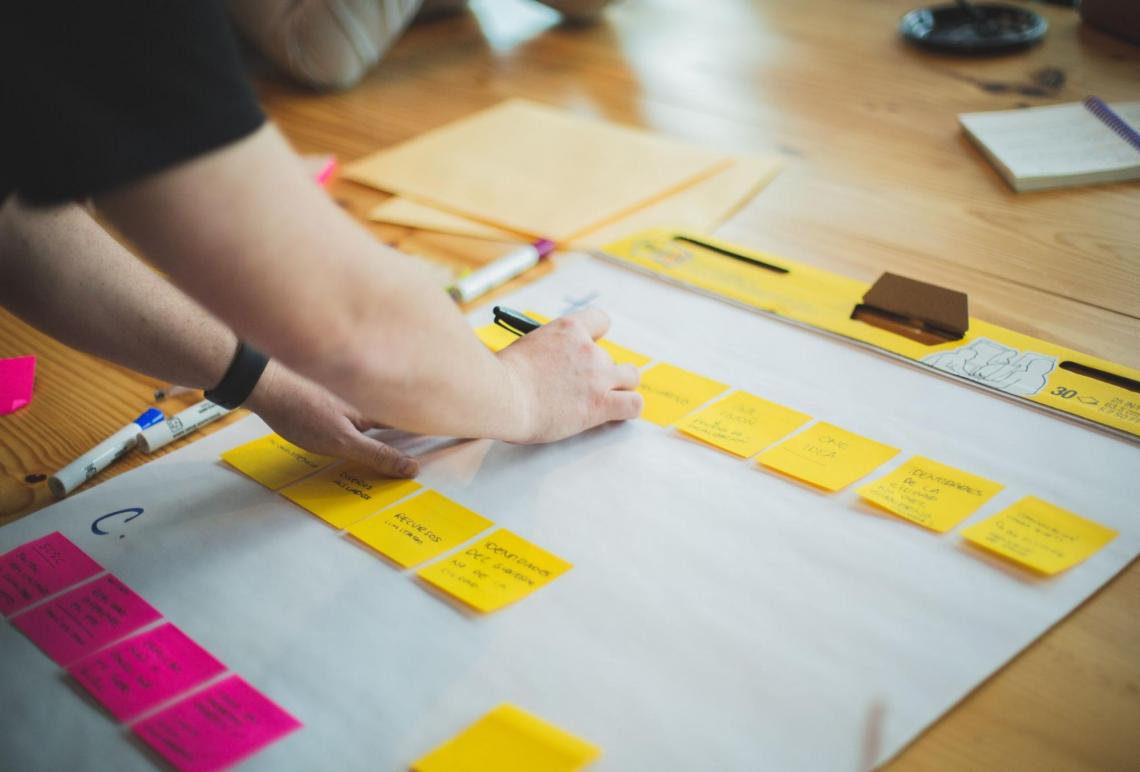 For instance, a spoofer might place a lot of phony buy orders to inflate demand to a certain price level. After that, they withdraw their orders when the market approaches the level, causing the price to fall.

There is a lot of discussion regarding how powerful traders and "whales" control the markets. Some well-known market manipulation techniques (e.g. layering, churning, etc.) call for substantial holdings, even though the efficacy/ethics of these techniques are refuted. The term "spoofing" refers to one of these techniques.

In other words, it is illegal and generally has a negative impact on markets, but why is it illegal? Supply and demand may not reflect price changes caused by the practice. These price movements are controlled by spoofers, who profit from them.

Market manipulation has also been a concern for U.S. regulators in the past. By December 2020, the SEC had rejected all Bitcoin exchange-traded fund (ETF) proposals. 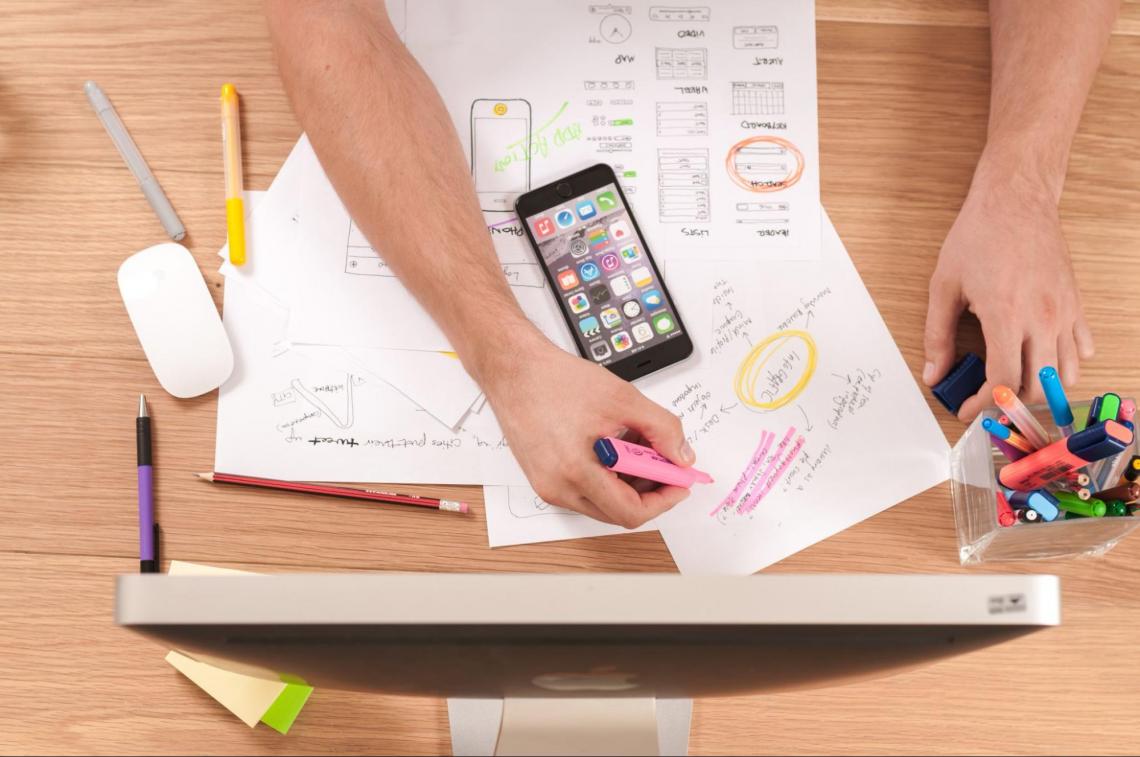 The proposals are typically rejected for a number of reasons, one of which is that they believe the Bitcoin market is exposed to market manipulation.

Nevertheless, as the Bitcoin markets mature and experience greater liquidity and professional acceptance, this may be altering.

In order to purchase or sell shares at a more advantageous price in a separate transaction moving the other way, a trader employs quotes. These are limit orders that are legally binding commitments placed on an exchange until canceled to buy or sell a specified number of shares at a specified price.

A trader can normally cancel these quotes because they haven't yet been executed. However, the trader may choose to do so once a separate transaction has been carried out at the advantageously adjusted price. This practice is known as quote manipulation. 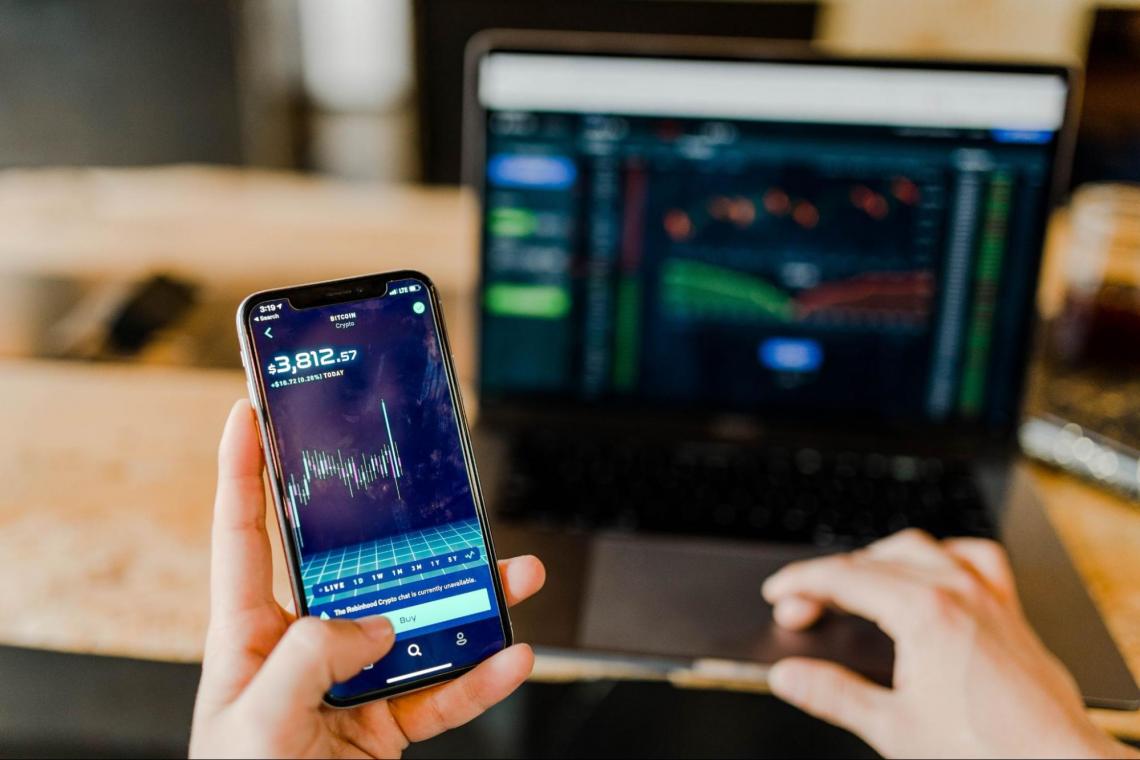 In this, the trader's manipulative quoting activity is at prices that are equal to/lower/higher (depending on their goal) than the best quotes in the market for transactions in the opposite direction of the transaction that they want to complete (if they want to sell, they'll spoof bids and vice versa).

Studies have shown an interesting effect when a significant number of shares are offered at a price equivalent to or greater than the previous best offer.

Market players will respond by acting as though good news about the issuer has just been announced, thus explaining this.

In a similar vein, when an offer for a significant number of shares arrives at a price that is equal to or below the best bid, market players react as if negative news regarding the issuer has just arrived.

These participants are key to the spoof's success because they mistakenly think that the anonymous, huge quotes from the spoofer are based on this unknown information.

Because it can be difficult to determine whether an order is legitimate or phony, the market frequently ignores spoof orders. However, if the orders are placed at important support or resistance zones, for example, spoofing can be quite effective.

Take Bitcoin as an illustration. Assume that $10,500 represents a significant resistance barrier for Bitcoin.

Resistance in technical analysis refers to a region where price encounters a "ceiling." We might anticipate sellers to place their offers here to unload their shares. Price rejection at a resistance level can cause a severe decline. 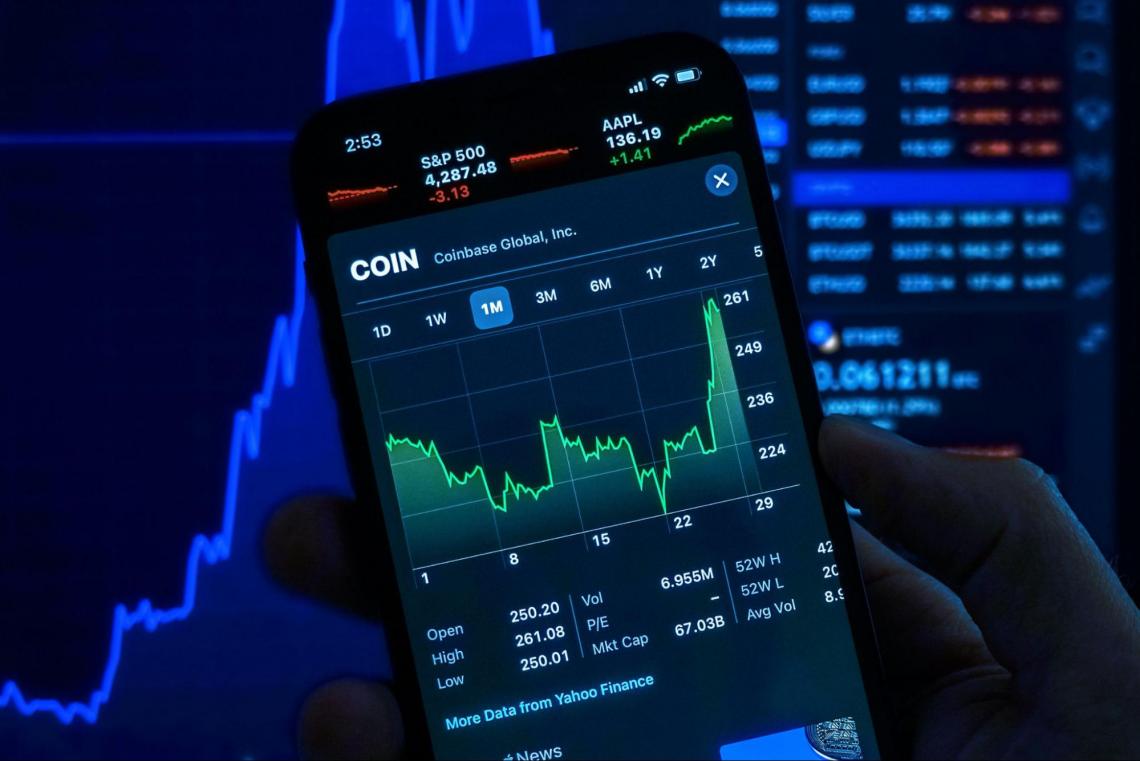 If the $10,500 level appears to have significant resistance, bots are likely to place fake sell orders just above it. Manipulation at such a crucial technical level may discourage buyers from making aggressive purchases at the level. This is how it can allow a trader to manipulate the markets.

It's important to keep in mind that spoofing can work in many marketplaces that are all connected to the same underlying asset. For instance, sizable spoof orders in the futures market may have an impact on the spot market for the same item, and vice versa.

A trader or group of traders were discovered to be manipulating prices on the Bitfinex trading platform in 2017 as a result of suspicious activities. Due to his preferred tactic, this unidentified trader was given the nickname "spoofy."

It is a type of market manipulation where a trader places one or more orders but has no intention of following through with them. A second order is placed on the other end while the trader's fake order is still in effect or right after it is canceled.

Take the case of an investor who placed a sizable buy order and then changed their mind. He would then submit a sell order on the marketplace. When the buy order is canceled and the sell order is placed, the price of the cryptocurrency rises.

When there is a greater chance of unforeseen market fluctuations, it can become riskier.

Consider the scenario where a trader wishes to sell at a resistance level under false pretenses. Spoof orders can swiftly fill if a significant rise is in progress and retail traders suddenly experience extreme volatility due to their FOMO.

Given that they had no intention of entering the position, this certainly isn't ideal for the party spoofing. The same is true for short squeezes and flash crashes, which can quickly fulfill even large orders.

This gets more dangerous when the spot market dominates a market trend. It might be less successful, for instance, if the spot market is driving the upswing, indicating considerable demand for directly purchasing the underlying asset.

But a lot of that depends on the specific market context, among many other things.

In the futures market, canceled bids are difficult to label as spoofing unless the behavior is extremely repetitive. Regulators may take this into account before deciding whether to punish, charge, or make inquiries regarding alleged activities.

It is also governed in other significant financial markets, such as the UK. Traders and institutions who engage in spoofing may be fined by the FCA of the United Kingdom.

Analysis of the Norms: Spoofing Is Socially Unwanted

Each of the three components of spoofing-submitting quotes, actually buying or selling shares, and canceling quotes-is, in and of itself, entirely legitimate conduct that lies at the heart of every successfully-functioning capital market. 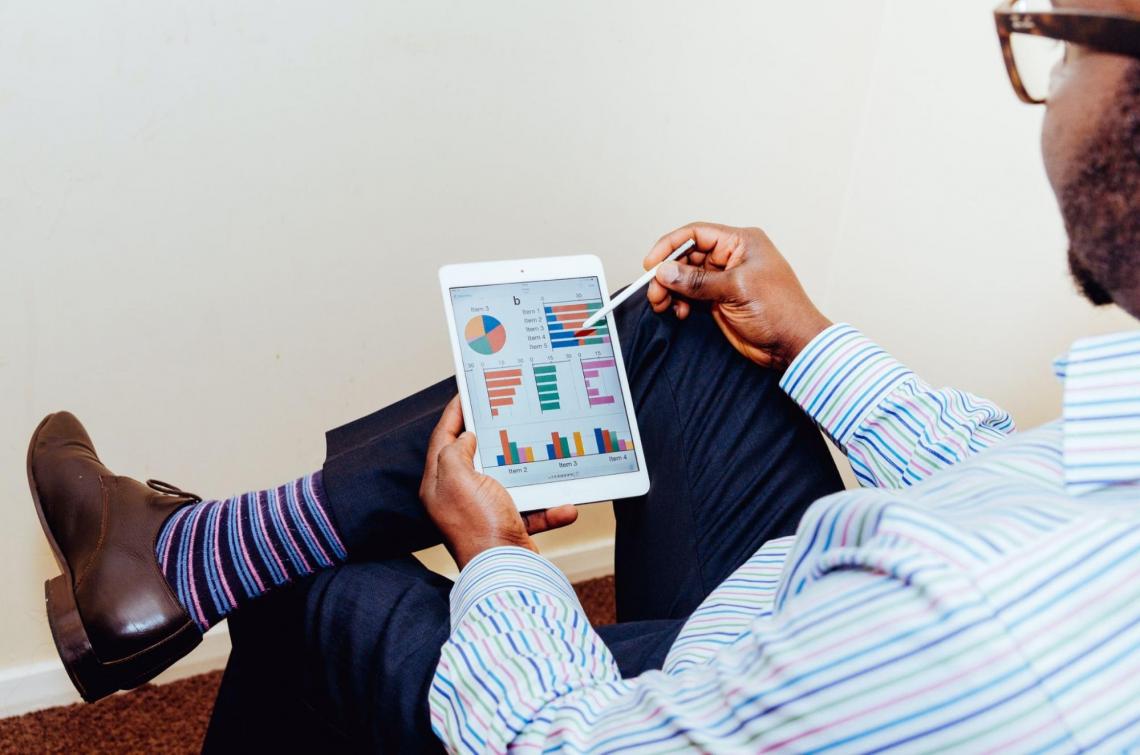 The three procedures conducted simultaneously, however, involving placing huge orders from the other side favorably impacting the price at which the actual transaction occurs, have been criticized by pundits and courts.

However, if the manipulator is successful, what social harm, if any, results?

We compare these two scenarios in terms of economic efficiency and the fairness of the resulting wealth positions of the various market participants We have to evaluate precisely who would be harmed and who would benefit if it was left uncontrolled and how this would alter if it was instead made illegal.

We discover that it does not present significant fairness concerns, despite what many critics and judges claim. The existence of the practice is still undesirable, however, due to several negative effects on economic efficiency.

It decreases both liquidity and pricing accuracy, as will be covered in more depth below. Additionally, it wastes useful resources on an activity that has no positive societal impact.

Additionally, by lowering market trust, it deters individuals from engaging who might have been able to profit.