An indicator of the Tokyo Stock Exchange's stock market (TSE).

The Nikkei 225, sometimes known as the Nikkei Stock Average or just the Nikkei, is an indicator of the Tokyo Stock Exchange's stock market (TSE). 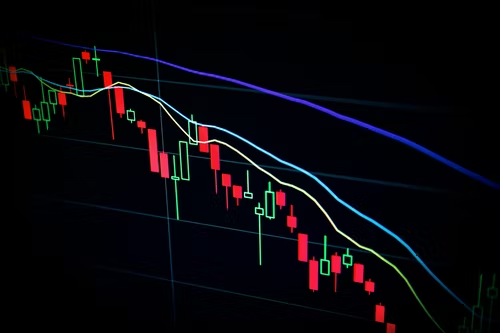 Since 1950, the Nihon Keizai Shimbun newspaper has computed it every day. It is a price-weighted index that trades in Japanese Yen, and each of its constituents is examined yearly.

This index tracks the progress of 225 sizable, publicly traded corporations in Japan across several business areas.

It is a price-weighted index like the Dow, which is reviewed and rebalanced yearly. Every year, at the start of October, the components are modified in accordance with the annual review. Liquidity and sector balance will be used for the selection process. 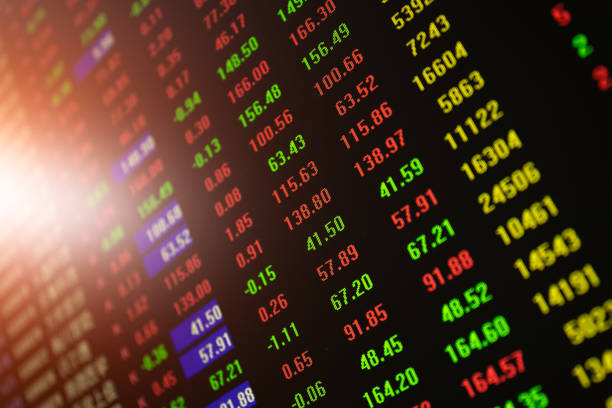 When a component is delisted due to bankruptcy, a firm group reorganization, etc., the stock is removed from the index, and a new feature is added, per the extraordinary replacement procedure.

The dynamic pricing factor modifies each component stock's price. The total of the adjusted prices is computed as this particular index by dividing it by the divisor.

By reducing the impact of outside variables not directly connected to market activity while computing the price-weighted index, the divisor helps to maintain the index's continuity.

The computation began on September 7th, 1950, but was retrospectively computed in the past on an end-of-day basis to May 16th, 1949.

While the Tokyo Stock Exchange opens, the Nikkei 225 is computed every five seconds.

On July 9th, 1950, the Nikkei 225 was computed retrospectively to May 16th, 1949, when the average price of its constituent stocks was 176.21 yen. The index has been updated every 15 seconds throughout trading sessions since January 2010. 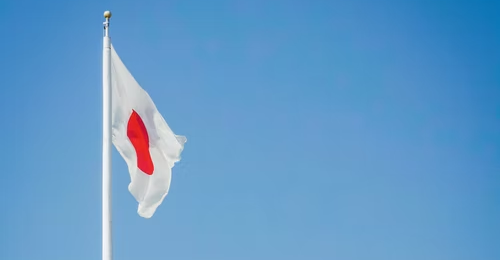 On December 29, 1989, the average reached an all-time high at the height of the Japanese asset price bubble. It peaked at 38,957.44 before closing at 38,915.87, having increased by more than six times over the preceding decade.

This index rose to a high of 15,942 in May from a start-up level of about 10,600. The most volatile stock market index among developed markets, however, fell by roughly 10% immediately after before rising again. 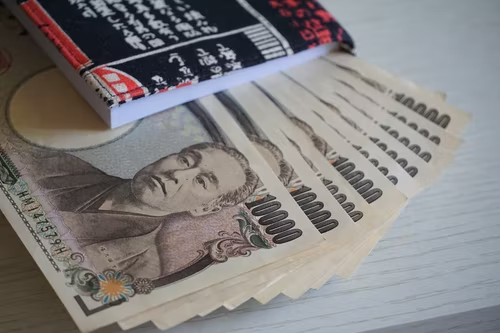 By 2018, the index had risen to almost 22,000 points, although the rate of increase had slowed down somewhat.

Crashes are a part of the market that the news can cause, economic & credit cycles, and can last for varying periods from a few days to a few months and, in the case of Nikkei, even for a few years. 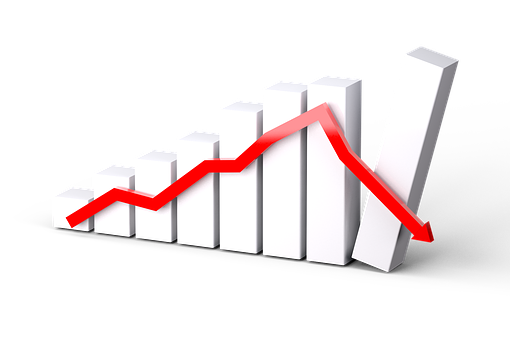 March 2020 saw the worst decline in the market ever when it plunged by over 30%. Most of the fall was caused by the rapid reaction of Japanese banking equities to the Bank of Japan's adoption of a negative interest rate policy late last month.

As the trading session ended, the index was approaching its previous low of 16,552 points and its subsequent high of 23,687 points in February 2020.

There have been multiple crashes in the index in the past, making the market crash by more than 50%.

Some prominent examples of these crashes are the following;

Japan saw a significant rebound over three decades after the end of World War II. This prosperity continued until the late 1980s when its expansion was termed an "economic miracle," it climbed from 12,000 to 39,000 in 5 years, averaging a CAGR of 30%. 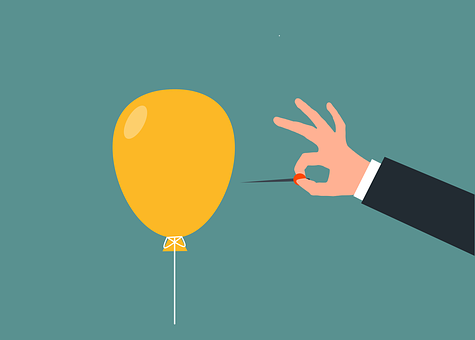 The development of Japan as an economic superpower was credited to manufacturing, particularly in the auto and electronics industries.

The economy (and real estate) peaked in 1989, when the markets started to tumble, thanks to the Bank of Japan's "loose monetary policy" and high levels of investor confidence. 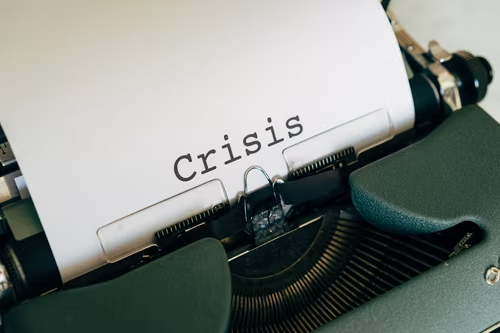 Trading became a national pastime, and the Japanese entered the market with greater irrational confidence than Americans in the 1920s.

The "Lost Decade," characterized by Japan's development, is mainly flat and the "lowest among industrialized countries in the globe" followed the 1990 crisis.

Stock Market Collapse due to 9/11 Attacks

The Japanese stock market was vulnerable to global economic upheaval in the 2000s. As a result, the Nasdaq Composite Index, which includes numerous equities in the information technology sector, temporarily touched 5,132.52 on March 10, 2000, more than double its previous year's high.

The "dot-com bubble," the height of the demand for equities tied to the Internet, peaked around this time. Japan was affected by the IT bubble's implosion as well. 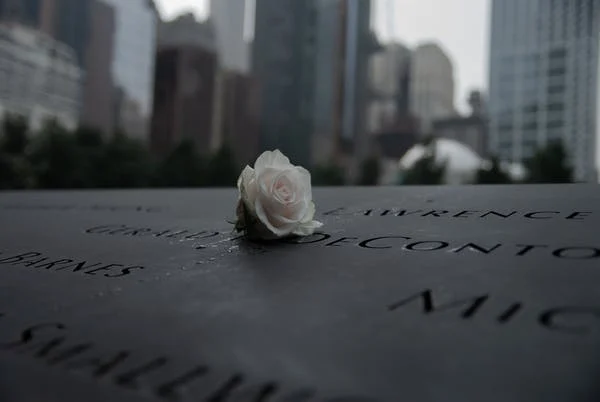 The terrorist attacks in the United States on September 11, 2001, then had a significant influence on stock values. This index concluded the day at 9,610 yen, down 682 yen or 6.6 percent from the previous day.

Stock prices bounced again, but in the middle of 2002, the index started falling more quickly due to worries about the state of the U.S. economy.

The average dropped below 9,000 yen in October and then below the post-9/11 low. The Nikkei 225 fell below 8,000 yen in the first half of March 2003 for the first time in 20 years, partly because of anxiety over the impending American invasion of Iraq.

Before the subprime mortgage crisis in the U.S. began in 2007, the Nikkei 225 rose for four years.

The stock market has recovered the most throughout these four years since the bubble burst. In addition, the most prolonged economic growth in the post-war era, lasting 73 months and ending in February 2008, helped to strengthen stock values.

The U.S. housing bubble and monetary easing significantly contributed to this economic boom. The subprime lending crisis, however, brought these policies' unintended consequences to light. 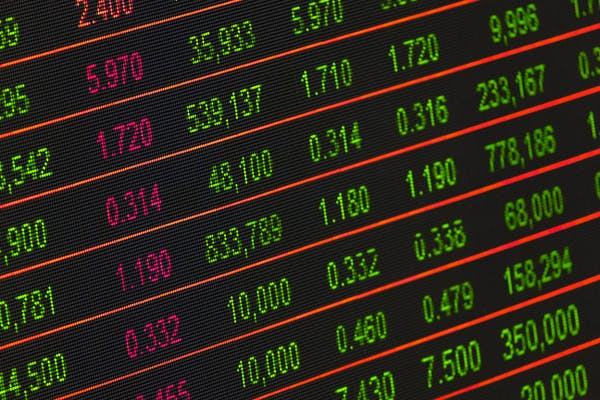 This particular index was trading above 18,000 in July 2007. Still, it sank below 15,000 in August when U.S. equities declined, and the yen appreciated against the dollar due to the subprime credit crisis.

As a result of worries about the impact of the subprime mortgage crisis on the U.S. economy, stock prices in Japan gradually started to fall.

The world's financial markets were in disarray in September 2008 when Lehman Brothers was driven into bankruptcy.

The index plunged after the collapse of Lehman Brothers to a post-bubble low of 7,100 yen in October.

This market index finished at 7,054.98 yen on March 10, 2009, almost slipping below 7,000 yen as fears among investors grew in response to issues with General Motors and other situations. For 26 years, this index has not fallen this low.

The Great Japan Earthquake and Tsunami - 2011

Large-scale devastation was caused to Japan by the Great East Japan Earthquake (GEJE) on March 11, 2011.

Over 15,000 people died due to the GEJE and the tsunami that followed the earthquake, and over 100,000 homes were destroyed. 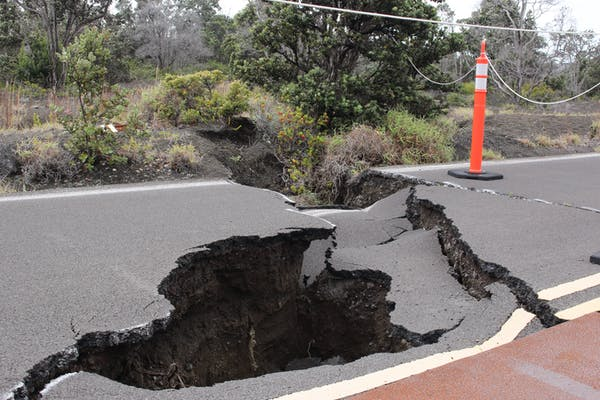 The Index Stock Average decreased by 1,015 yen on March 15 to settle at 8,605 yen as the Fukushima nuclear power plant catastrophe worsened.

After Black Monday in 1987 and the Lehman Shock in 2008, this 10.55 percent fall was the third-largest decline in value.

Haruhiko Kuroda, the governor of the Bank of Japan, took office in March 2013 and immediately began an ambitious monetary easing program to achieve a 2 percent annual inflation rate.

As a result of the actions of the government and the Bank of Japan, foreign investors increased their purchases of Japanese equities. Consequently, the index rebounded to the 15,000 mark in May, thanks to a tailwind from the yen's depreciation.

But in July, China's Shanghai Composite Index, which had been fueling global economic expansion, crashed, and the index once more dropped below 20,000 yen.

Unexpected occurrences, like the outcome of the June Brexit referendum, made the index unusually volatile in 2016.

The index briefly dropped below 15,000 yen. However, the situation changed when the American presidential election was held in November. 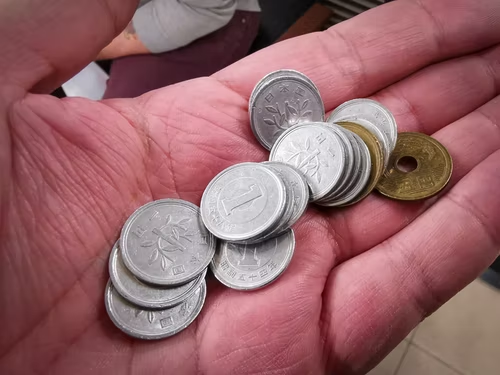 In response to Donald Trump's triumph, the dollar rose, the yen fell, and this market index saw a significant rise.

In 2017, the North Korean missile launches and other factors caused the index to fluctuate below the 20,000 yen mark.

However, the index gained for 16 straight business days in October, marking the first time in the index's history, after the governing coalition won the House of Representatives election in Japan.