The NASDAQ is the second-largest stock exchange in the world by market valuation and is situated in the United States.

It stands for the National Association of Security Dealers Automated Quotations. It is owned and run by the company NASDAQ Inc., an American organization with its headquarters in New York City. 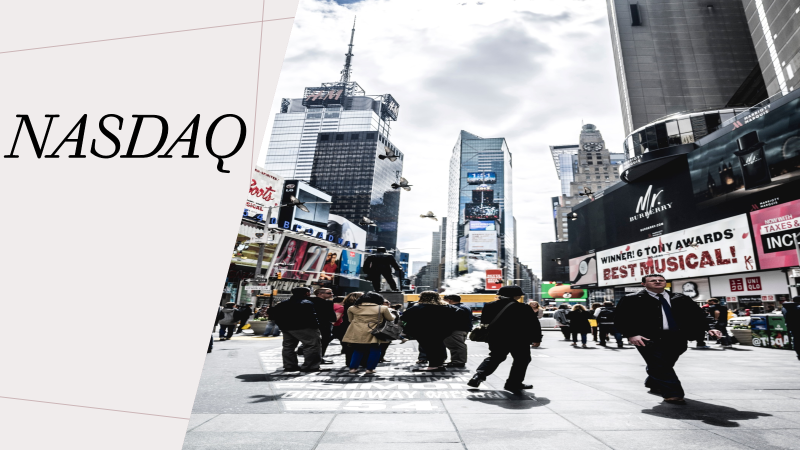 By market capitalization of shares traded, it comes in second place globally among stock exchanges, only behind the New York Stock Exchange.

The organization also controls several stock and options exchanges in the United States and the Nasdaq Nordic stock market network.

The parent company runs exchanges across Europe and owns several businesses, such as GlobeNewswire and SMART.

The National Association of Security Dealers Automated Quotations is home to several technological stocks, including Apple and Microsoft.

The term is also used to describe the Nasdaq Composite, an index of over 3,700 equities traded on the market. 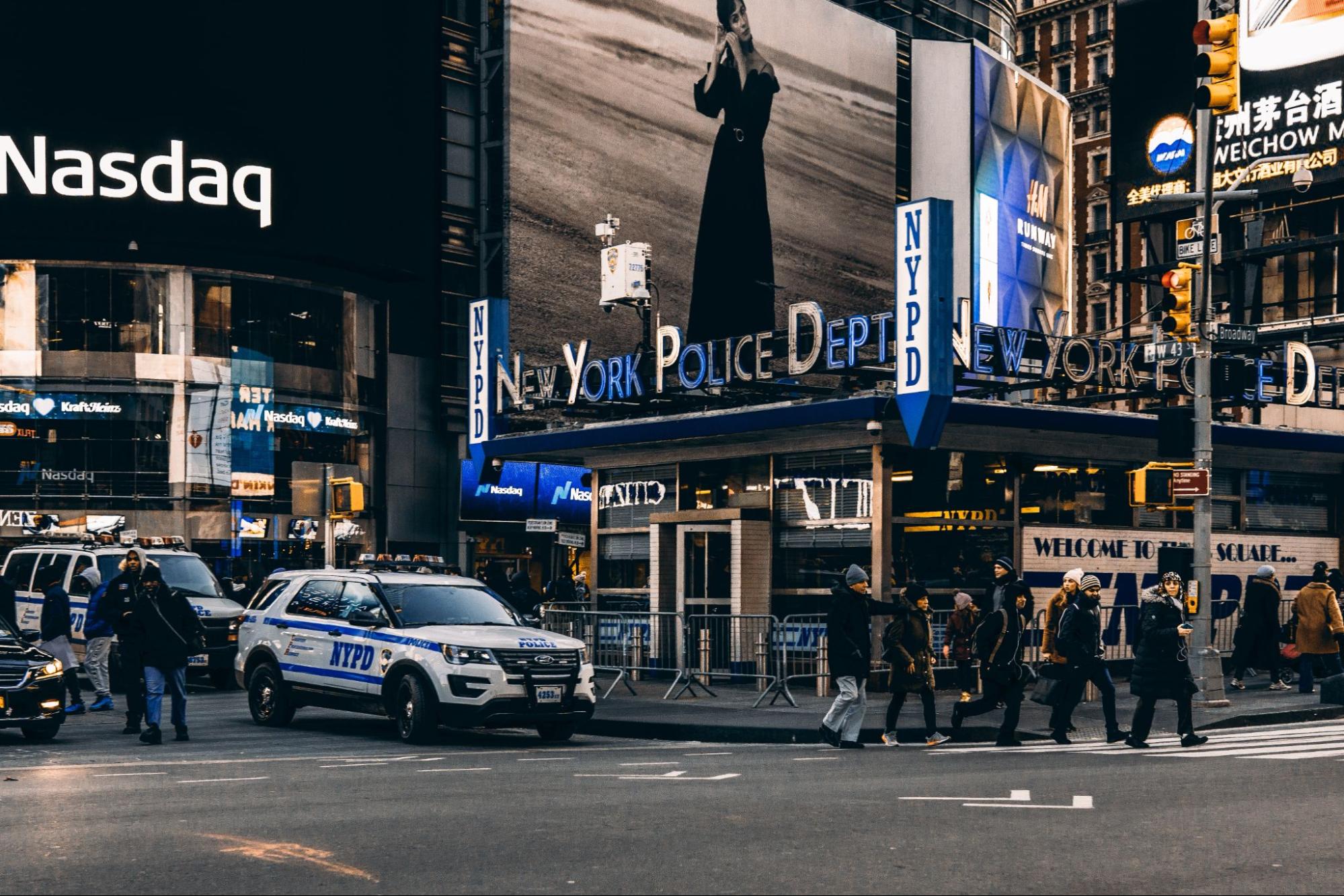 In 2006, it started operating as a national securities exchange after formally severing ties with the NASD.

It merged with a group of Scandinavian exchanges known as OMX in 2008 to become the Nasdaq OMX Group. In 2015, the business changed its name to Nasdaq Inc. (NDAQ).

The group has its headquarters in New York. It runs 29 markets that allow traders in the United States, Canada, Scandinavia, and the Baltics to transact in stocks, derivatives, fixed income, and commodities.

The business also manages five central securities depositories in Europe and the United States and a clearing house. In addition, one hundred exchanges across 50 nations utilize its trading technologies.

Since 2008, It has been a component of the S&P 500 Index and is traded on the National Association of Securities Dealers Automated Quotations stock exchange under the ticker NDAQ.

When was it established?

It was established in New York City in 1971 by the National Association of Securities Dealers. Being the world's first electronically operated stock exchange was the main motivation for its inception. 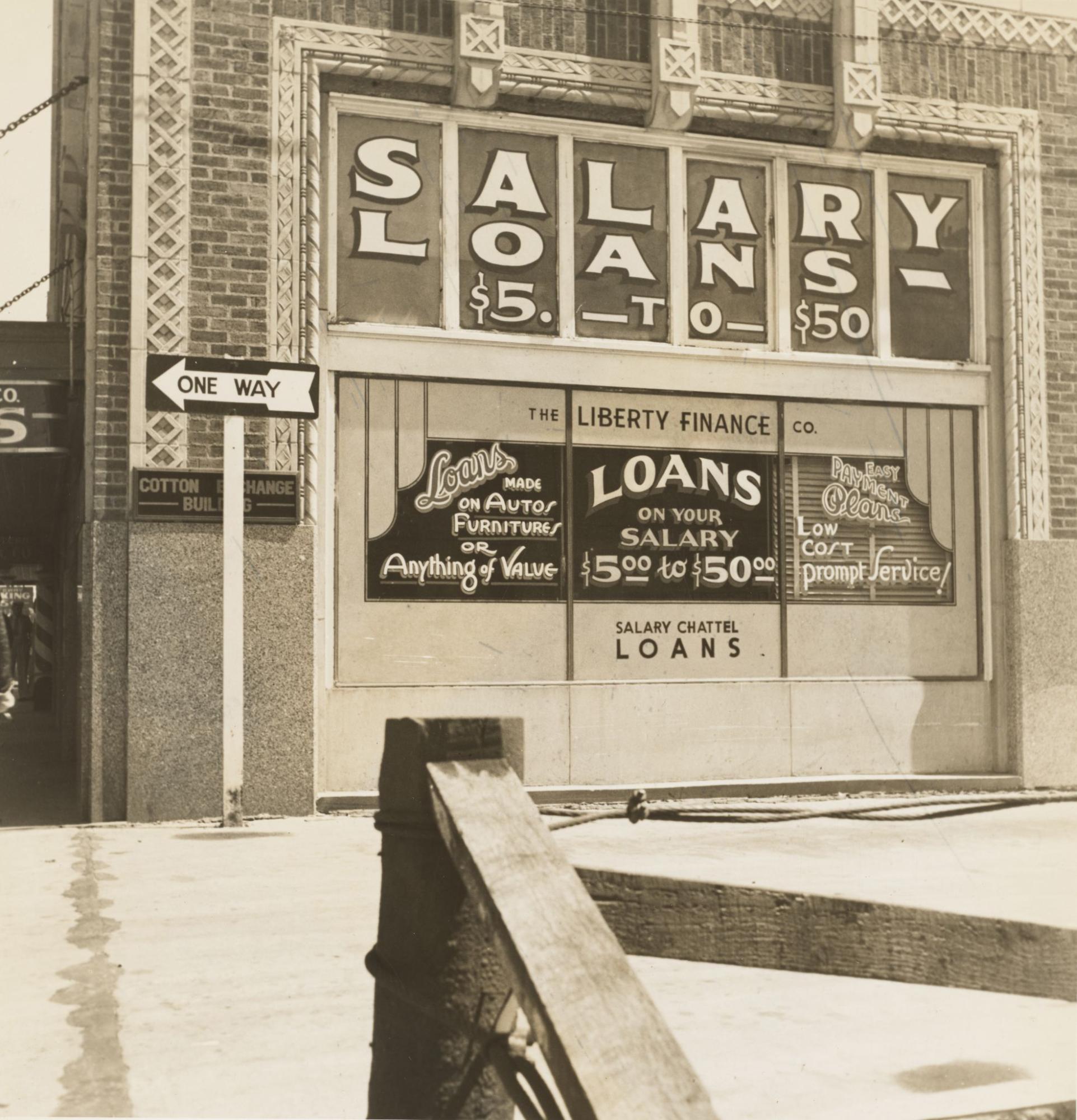 Although it initially prohibited computerized trading, it did offer automatic stock quotations. However, securities brokers disliked the function since it helped to reduce the bid-ask spread.

Most significant over-the-counter (OTC) deals soon moved to the National Association of Securities Dealers Automated Quotations from other exchanges. In 1998, it became the first exchange to provide online trading.

With an emphasis on leveraging technology in finance, it keeps growing its operations beyond a stock exchange.

The initials stood for the National Association of Securities Dealers Automated Quotations under the previous design, which was used from 1971 until 2014.

The National Association of Securities Dealers (NASD), currently known as the Financial Industry Regulatory Authority (FINRA), was established in 1971.

It became the first electronic stock market in the world on February 8, 1971. However, it first offered only a "quotation system" with no means of carrying out electronic deals.

Although many securities are still traded this way, this stock market eventually took over the majority of significant deals that would have been carried out over the counter (OTC).

In media reports and the monthly Stock Guides published by Standard & Poor's Corporation, the exchange was still frequently referred to as "OTC" as late as 1987.

It evolved into a stock market over time by incorporating transaction and volume information and automated trading tools. 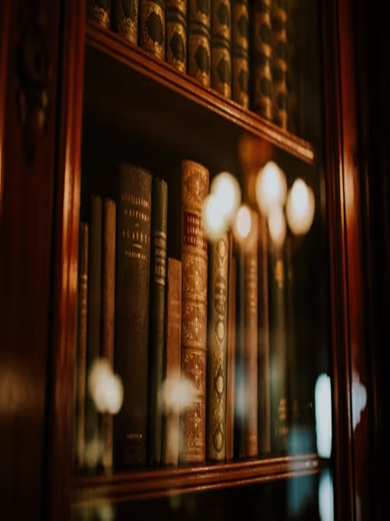 In 1981, it facilitated the exchange of 37% of the 21 billion shares traded on the American stock exchanges. As a result, its market share increased to 46% in 1991.

The first intercontinental connectivity of capital markets was created in 1992 when the National Association of Securities Dealers Automated Quotations Stock Market and the London Stock Exchange merged.

In 1998, with the tagline "the stock market for the next hundred years," it became the first stock exchange in the United States to provide online trading.

During the dot-com bubble, this stock market attracted a lot of businesses.

The Composite, published since the company's establishment, serves as its primary index.

The NASDAQ Financial-100 Index, which measures the top 100 businesses by market capitalization, and the large-cap-100 index were both created in 1985. The exchange-traded fund tracks both of these indices. 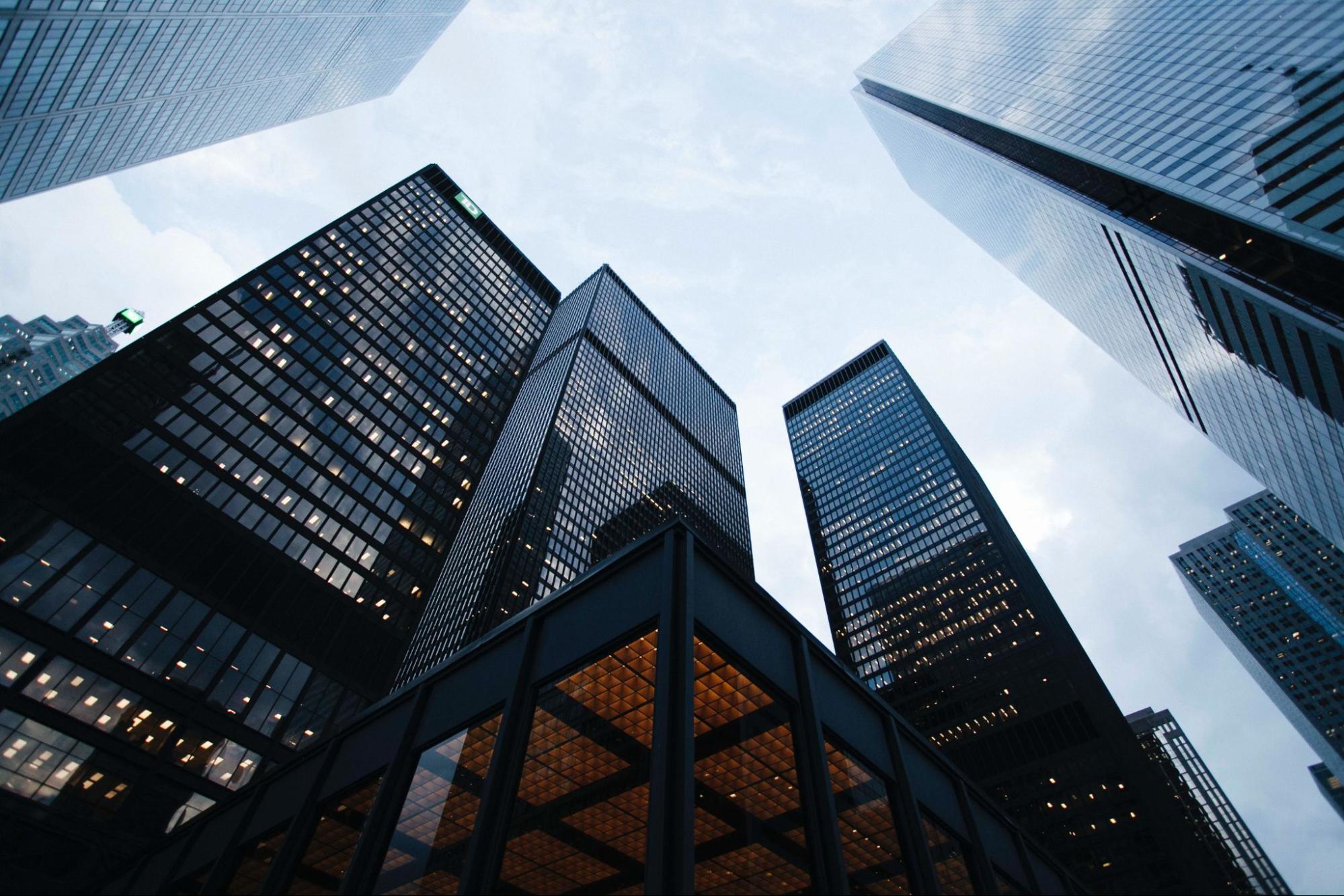 Its Composite index increased in value significantly in the late 1990s during the dot-com boom. Then, as the bubble broke, it dropped suddenly.

The Composite turned into the index of the dot-com boom and bust. After rallying nearly 150% in the 16 months through March 2000, the Composite slumped almost 80% by October 2002.

FINRA sold its share of the company in a series of auctions between 2000 and 2001. Then, through an initial public offering, it went public on July 2, 2002.

Its classification was changed from stock market to authorized national securities exchange in 2006.

To be eligible for listing on the exchange, a firm must be registered with the Securities and Exchange Commission of the United States (SEC), have at least three market makers, and satisfy certain asset, capital, shareholder, and public share minimums.

Following the announcement that NYSE Euronext and Deutsche Börse would merge in February 2011, rumors started to circulate that NASDAQ OMX and Intercontinental Exchange (ICE) may launch their counter-bid for the NYSE.

OMX was also rumored to be seeking to purchase the cash equity and derivatives businesses of the American exchange from ICE. 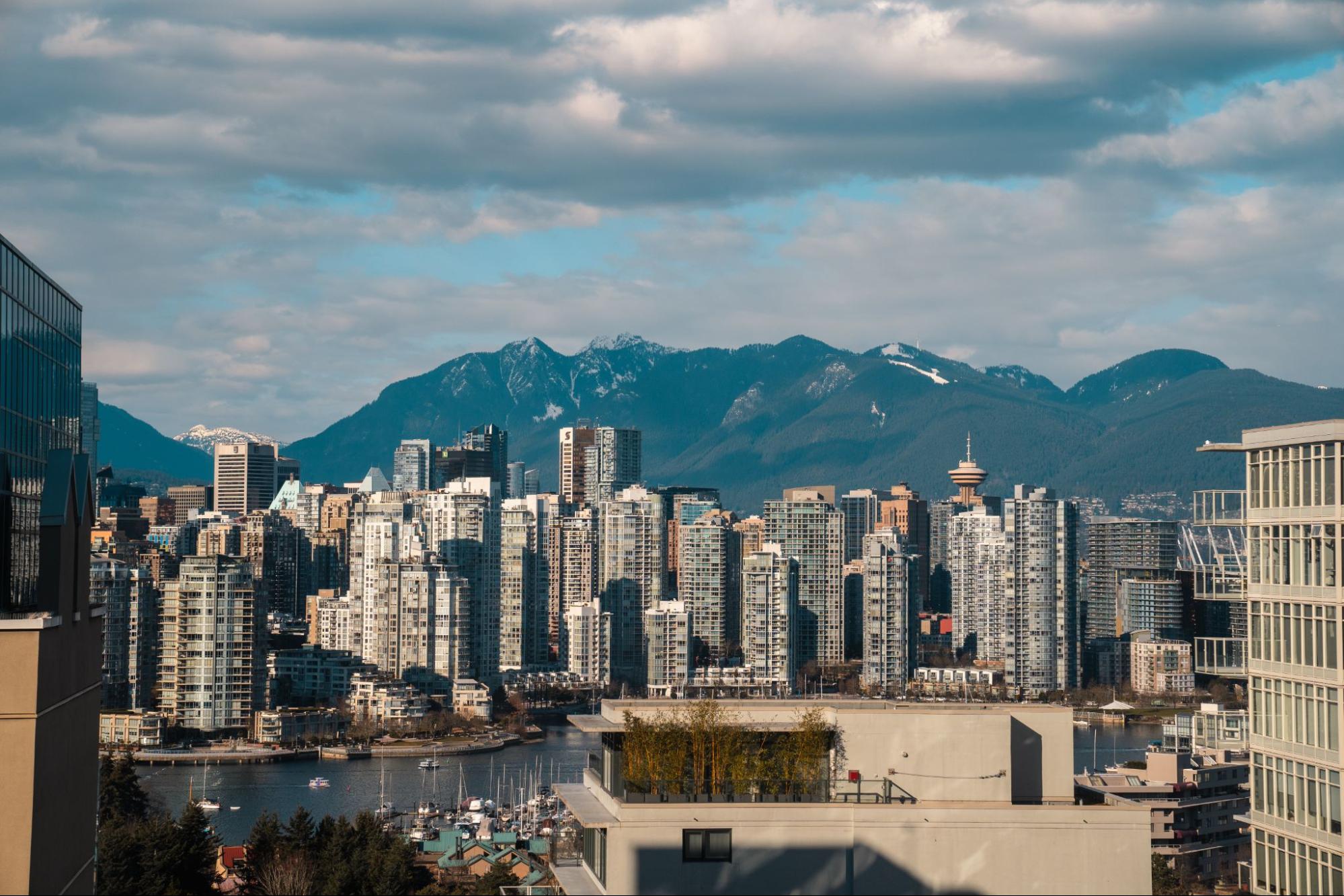 Later that same month, there were rumors that it was considering inviting ICE or the Chicago Mercantile Exchange to join in on a counter bid that, had it gone forward, would likely have been between $11 and $12 billion.

On June 18, 2012, the day before the United Nations Conference on Sustainable Development (Rio+20), the company joined the initiative to create sustainable stock exchanges.

Adena Friedman, the Chief Operating Officer, was elevated to the CEO position in November 2016, making her the first American woman to lead a significant exchange.

Revenues from listings totaled $272 million for the National Association of Security Dealers Automated Quotations in 2016.

In October 2018, the SEC declared that the New York Stock Exchange and National Association of Security Dealers Automated Quotations had not provided sufficient justification for their ongoing price hikes when selling market data.

In reaction to Executive Order 13959, the company declared in December 2020 that it would remove four Chinese businesses from its indexes. 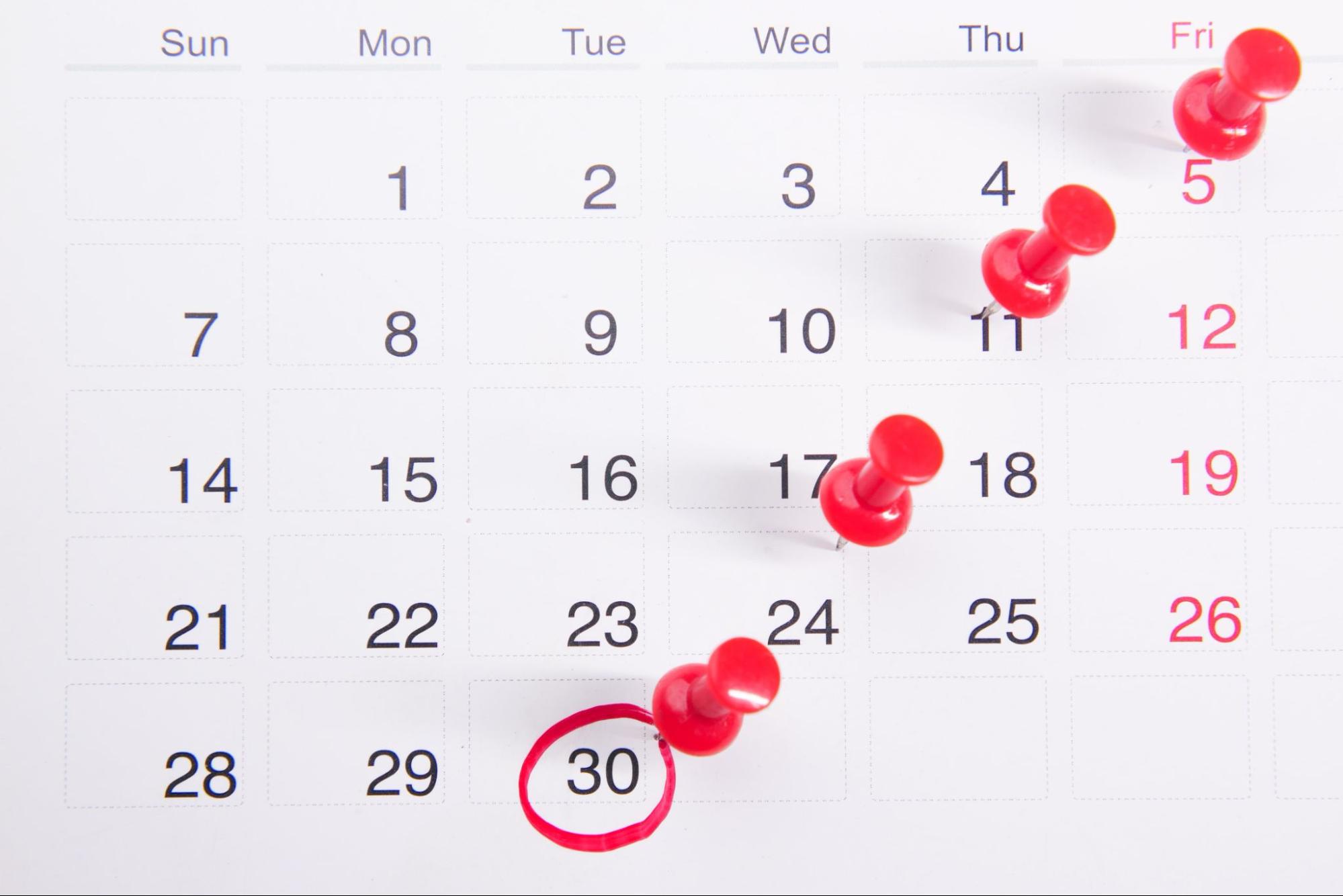 There are three primary market levels in this particular stock market: 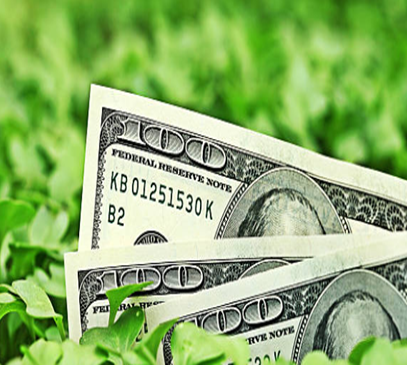 The Global Market Composite is examined by the Listing Qualifications Department every October to see whether any of its stocks have changed enough to qualify for listing on the Global Select Market.

Mid-cap and large-cap equities are available on the Global Market and Global Select Market and, as mentioned previously, are subject to stringent corporate governance and liquidity requirements. 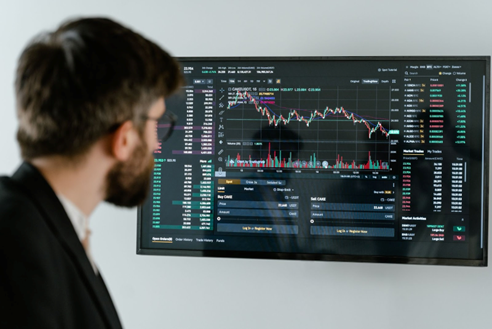 The primary index used on the exchange is called the NASDAQ Composite. The Composite is one of the most frequently watched indexes worldwide, along with the S&P 500 Index and the Dow Jones Industrial Average (DJIA).

An index of the top 100 non-financial stocks is contained inside the Composite. It is a market-value-weighted index. 90% of the Composite's movement may be attributed to the NASDAQ 100.

How Is the NASDAQ Profitable?

It offers several related services that consumers must pay for. Users include regular investors who pay transaction fees to buy and sell securities and significant businesses who pay various fees to list their stocks on the exchange. 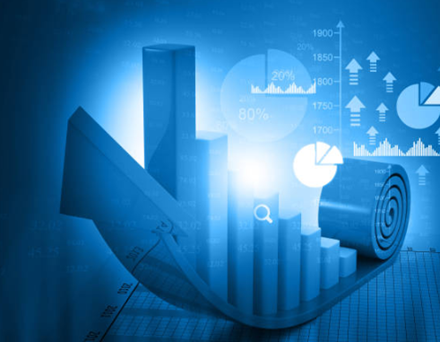 To be listed, a company must trade on one of the following exchanges: CBOE BZX Exchange, National Association of Security Dealers Automated Quotations Stock Market, and the New York Stock Exchange and fill the following requirements: 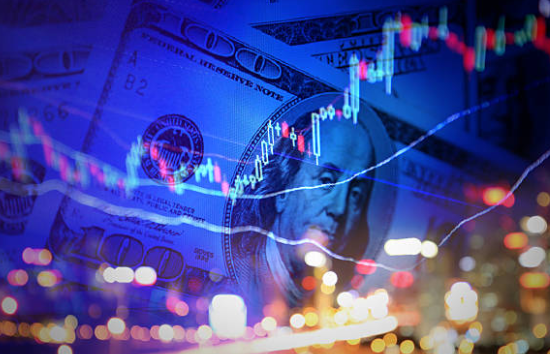 The ineffective specialist system, which had been the dominant paradigm for over a century, was ultimately replaced by the exchange's automated trading system.

National Association of Security Dealers Automated Quotations is an electronic trading approach that has become the norm for global markets.

It seemed only fair that the most cutting-edge technological businesses in the world list on an equally advanced exchange. As a result, the Composite Index became the tech sector's most commonly cited proxy as it gained popularity in the 1980s and 1990s.

The Composite became the gauge of the dot-com boom and crash due to this popularity and rose about 150 percent in the 16 months leading up to March 2000 before falling nearly 80 percent by October 2002.

Growth is strong and widespread during the boom stage. Economic growth can linger in this stage for years if it stays within the healthy range of 2% to 3%. A boom is associated with a bull market, rising house prices, income growth, and low unemployment. 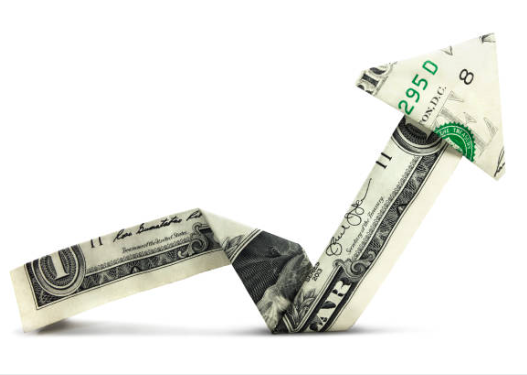 Unless the economy overheats, the boom period normally lasts for several years. The money supply might have too much liquidity, which causes inflation. Investors experience irrational enthusiasm as prices increase. The growth rate will rise above 4% for two or more consecutive quarters.

The business cycle's contraction stage is known as the bust phase. It lasts 11 months on average. After that, the economy shrinks, the unemployment rate rises to at least 7%, and the value of investments decreases.

The shortest recession (or bust) lasted only three months.

For a bust to begin, a stock market fall is usually followed by a bear market.

A recession may result from a stock market meltdown. Everyone's confidence in the status of the economy declines when stock prices decline. As a result, investors sell their holdings because they lack confidence in the forecast for the future. 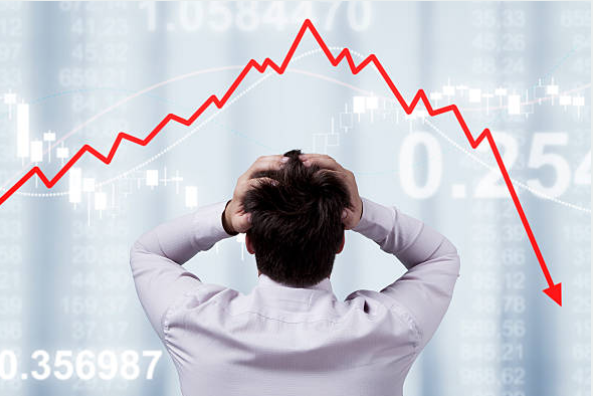 It announced a new regulation on December 1, 2020, requiring firms listed on the market to disclose the diversity of their board of directors.

A minimum of one female director and one who belongs to an underrepresented group or identifies as LGBTQ+ must serve on a company's board of directors, or the company must publicly state why it hasn't done so.

The National Association of Security Dealers Automated Quotations Board Diversity Rule is a disclosure requirement that the SEC authorized on August 6, 2021.

It is intended to encourage corporations to have a minimum board diversity target and to give stakeholders uniform, comparable disclosures about a company's present board makeup. 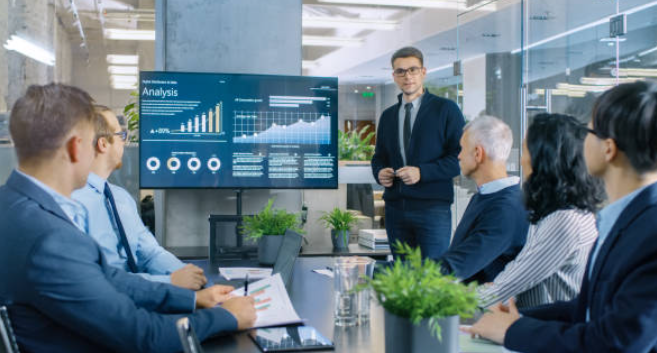 The regulation also gives smaller reporting businesses and foreign issuers greater leeway to satisfy the diversity target by having two female directors and all firms with five or fewer directors needing only one diverse director.

Customers who use the exchange include financial institutions, brokers, institutional investors, businesses, and commercial investors. 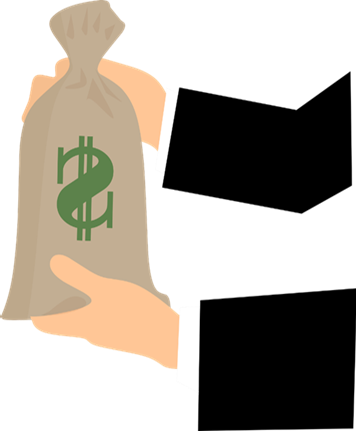 The company announced a net profit of $283 million for the first quarter of 2022 on revenues of $1.54 billion and revenue-less transaction-based expenditures of $892 million.

They also announced intentions to apply for SEC and shareholder permission for a 3-to-1 stock split to be completed in the third quarter of 2022, increasing the quarterly dividend by 11% to $0.60 per share.

From that moment until April 2022, the index dropped by more than 23%.

In April 2022, the Nasdaq Composite saw its greatest monthly slump since 2008, falling 13.3 percent. The last time a slump similar to this size occurred was in October of 2008, when the index dropped 17.4 percent during the world financial crisis.