How analysts should conduct themselves

I'll make this brief. I've been in the sales and trading business and seen many kids come in as analysts starting off their careers both on the wrong foot and the right foot. I've noticed that no matter how "smart" some of these kids are, they seem to lack many basic common sense principles I expect to come naturally. I'll keep this as concise as possible... Some might seem obvious, some might be new to you, and you may want to push back and argue that I'm not right. Follow these rules as an analyst if you want to maximize your chances of getting an associate offer. If you did something different and it worked, great. But Gates dropped out of Harvard and become to world's richest man... Doesn't mean that decision is right for 99.999 percent of people.

- Check your work. This isn't banking, but at the same time, a thorough check is necessary. Close the project out, go get a drink of water, use the bathroom, and chat for 2 minutes with someone about something unrelated. Clear your head and then come back to it. Spelling mistakes, sloppy formatting, grammatical errors, etc. are unacceptable. That's not what they mean when they say trading likes the "quick and dirty" version.

- Don't emulate or imitate BAD behavior you see otherwise GOOD, SMART people do. Emulate the GOOD habits. It's not an excuse to point and say "we'll, he/she does it too, so I thought it's ok." The person you think is "getting away with it" could be fired tomorrow. Then what?

- YOU DO NOT TAKE DAYS OFF. You just finished 4 years of college having fun, drinking, sleeping in, and making great friends.... And oh yea going to class for a few hours a week. You are 22 years old and have the energy to be working. You aren't doing investment banking hours either, so enjoy your two days per week off. Under no circumstances are you taking vacations or Fridays off no matter how slow it gets in the summer. That's for senior people. You are getting paid $60k plus bonus as a 22 year old with the shot at making millions. Suck it the fuck up and pay your dues. I don't care if your friends are having a sick reunion back at school or you want to fly out to Miami for a long weekend. If your team insists on knowing when you'd like to take day(s) off, then clearly you'll be getting the leftover days. Consider yourself lucky.

- Notify people where you are going. You don't slither off with the excuse that you had a mandatory event sponsored by XYZ. You bring up the topic as early as possible and frame it in a way that you were presented with a mandatory/optional event. If it's not too much trouble, you'd like to attend. You don't tell people about things in a "by the way" fashion.

- If a team member is out for any reason, that means you are IN, period. Volunteering events, icebreakers, speaker events, etc. take a second priority if someone says you're needed. And take a fucking hint when people say things may not be a good idea/we'll see the day of. That's a cue to tell everyone that you are needed at your desk to DO YOUR JOB.

- Respect the hierarchy. Yes, it's a meritocracy, but only for those that prove their worth. If you produce CONSISTENTLY, then you'll be rewarded. It's not your job to reward yourself by acting like a BSD because you first few trades went well. And never go over an associate's head. If he or she is put in charge while the boss is out, the associate is the boss. If you don't like an answer given, you don't ask the boss to try to get the answer you want. The boss doesn't want to hear your petty bullshit and probably wants the damn associate to handle you. He has more important things than first or second year analyst.

- Don't get involved in heavy trading floor banter. It's called not being socially awkward. Walk the fine line between actually getting involved and being the outcast. Is it tough sometimes? Yes. Oh well. Most likely you'll end up looking like an ass when you say something dumb. All the inappropriate stuff that goes on will likely come out of the mouth of people who've been there a while and also bring in money. And that doesn't mean they don't have a 6 inch thick HR file either. Don't start yours.

- Don't think that because one desk is lenient you can "let off the gas". Your next rotation or other senior people in lateral desks may see your actions and definitely have a say in whether or not you get an offer. Also, EVERYTHING you do is being watched. You didn't get away with anything.

- DO NOT FUCK UP THE FOOD/COFFEE ORDER. It is a test. Can't get this right, why give you money to risk? Guess what? No matter how careful you are, a restaurant will mess up the order. Did you check everything before you left? What if you can't tell until it's too late? DO NOT IGNORE THE PROBLEM. Don't think staying silent will make it go away. 1) apologize, 2) figure out what went wrong, 3) offer to fix the issue ASAP, 4) even if they tell you don't worry about it, you should have one foot out the door doing it anyway.

- YOU ARE THE FIRST ONE IN AND THE LAST ONE OUT. Period. If there's a special situation going on late at night, you ask if there's any way you can help. If you are told you should be going home, then do so. Otherwise you have plenty to do. Think you don't? In 30 seconds I cn ask you enough questions you have no clue how to answer to fill your entire weekend with reading.

In general, you need to not fight the process. You're getting paid very well. You're here to learn and when you're young is the time to do it. You are at the bottom of the totem pole and shit rolls down hill. Welcome to the bottom. Everyone is watching, not just your direct manager. Some memories are short, some are long. You are smart... Guess what? There's a million more of you at Ivys. And guess what else, there's another million more at what you guys call non- targets. Being smart was a checkbox that helped get you in the door. Are you hungry enought to be the best? If you're not, almost NO ONE will pull you aside to correct your mistakes because there's many more kids that would kill to be in your shoes. If I have to walk you through all the above points, am I going to have to hold your hand your whole career? Honestly, 1st year or 2nd year analyst... Makes no difference. You're free labor to a desk. You do not coast into an associate role. Play the game and learn the politics. Doing a good job on your projects and being smart is not enough. Otherwise 30 to 40 to even 50 percent of analysts wouldn't be told to take a hike after 2 years.

Btw sorry for any errors/typos. I'm on my phone.

Pretty applicable to banking as well

Hey I said I'd try to keep it as concise as possible. Didn't say I'd keep it brief.

Hey I said I'd try to keep it as concise as possible. Didn't say I'd keep it brief.

I don't wanna pick on an otherwise great post, but yah you did. First line.....

"We're not lawyers, we're investment bankers. We call you for the paperwork. We didn't go to Harvard, we went to Wharton, and we saw you coming a mile away."

When a plumber from Hoboken tells you he has a good feeling about a reverse iron condor spread on the Japanese Yen, you really have no choice. If you don’t do it to him, somebody else surely will. -Eddie B.

Agreed on all fronts.

It's really surprising to see how many of these young bloods don't have any common sense or tact.

this was a good thread so i'm bumping it.

how the hell would you know "prospect"

Hey I don't kinkshame. Swallow those shoes with pride if that's what you're into.

You can respect the hierarchy and support the team without letting people step on you.

If a company relies on treating analyst poorly (which is distinctly different than relying on analysts to do a lot of work), then it's a bad company to work for.

On their knees in front of the boss?

Basically yes. If you dont like it someone else will do this and you wont get that far.  It's the unfortunate truth.  Most people cant politic well enough to thread the needle that well to avoid a bunch of bullshit. 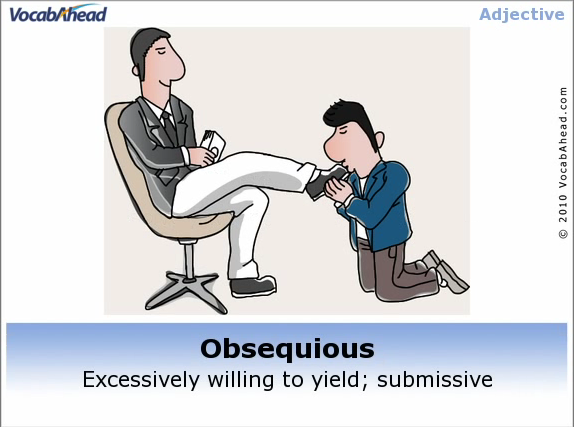 This post makes me pretty thankful that I chose the M&A route and that's saying something...

I'm happy you found the right fit for you. I know I'd hang myself in banking.  That was confirmed by colleagues and a sibling that went into banking.

Do you not experience this x10 in Banking?

Nah, M&A is a different type of pain in the ass. I've never done a food / coffee order, I certainly take a trip if I want to and i'm not about to let people know anytime i'm away from my desk. However, you are expected to be able to work at ANYTIME so you may be thinking your about to have a Saturday with the boys and then all of the sudden you're grinding until 2am that day (this happens a lot). Apply that situation to any day of the week or circumstance (on vacation, out with your girlfriend, etc.) and that's where M&A gets brutal. You don't get blown up every time, but there is always the possibility.

I basically view it as different people can deal with different shit in their jobs. M&A works for me and this doesn't sound ideal, but that's the opposite for plenty of people.