American investors hoping for a rebound in gold may want to look east.

India, one of the largest buyers of the yellow metal in the world, has long been vital to keeping gold prices stable. Not only is the precious metal used in every Indian festival and wedding, it's seen as a trading currency-and a safe haven investment among Indians who are troubled by recent wild swings in the rupee.

As a result, when gold prices plummet, a rush of Indian retail buyers typically step in and boost demand. In 2012, gold made up nearly 10 percent of India's total imports, according to Thomson Reuters/Datastream. That's down slightly from the previous few years, but up from 7 percent a decade ago.

But with gold prices down 15 percent over the past three months, settling at USD 1,255 on Monday, some experts are worried India may not bail out the market again-at least not right away.

For starters, the high tariff on gold implemented by the Indian government to help reduce the country's deficit makes it more expensive for Indians to import gold, said Mihir Dange, managing director at Grafite Capital, a UK private equity firm. The duty on gold was raised to 8 percent from 6 percent in June.

On top of that, the depreciation in the rupee-the currency is off 7 percent so far this year-offsets the sharp (dollar) drop in dollar-denominated gold.

Some said those fears are overblown. Kevin Grady, president of Phoenix Futures and Options, said there are other buyers to step in even with India out of the picture. When gold recently fell below USD 1,200, he pointed out, there was buying out of the Middle East and Southeast Asia. "There was short-covering in there," he said. "The [uncertain] situation in Egypt is giving a little support."

Arvind Panagariya, a professor of economics at Columbia University, added that India has seen gold prices rise and fall over the past 100 years, but the appetite for gold has remained constant.

Investors may have to wait, however: Indian weddings, which usually spur a gold-buying frenzy, don't kick off until September, after monsoon season. "Hence, there is less of a reason for Indians to shop for physical gold right now," said Dange. 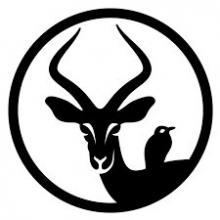 With Yieldstreet, you can invest in a variety of alternative investments with low stock market correlation and all sorts of yields, durations, and minimums.