Hoping the macro folks can weigh in here.

I understand COVID wasn't a crisis caused by economic factors, but why didn't we see the financial impacts like 2008? 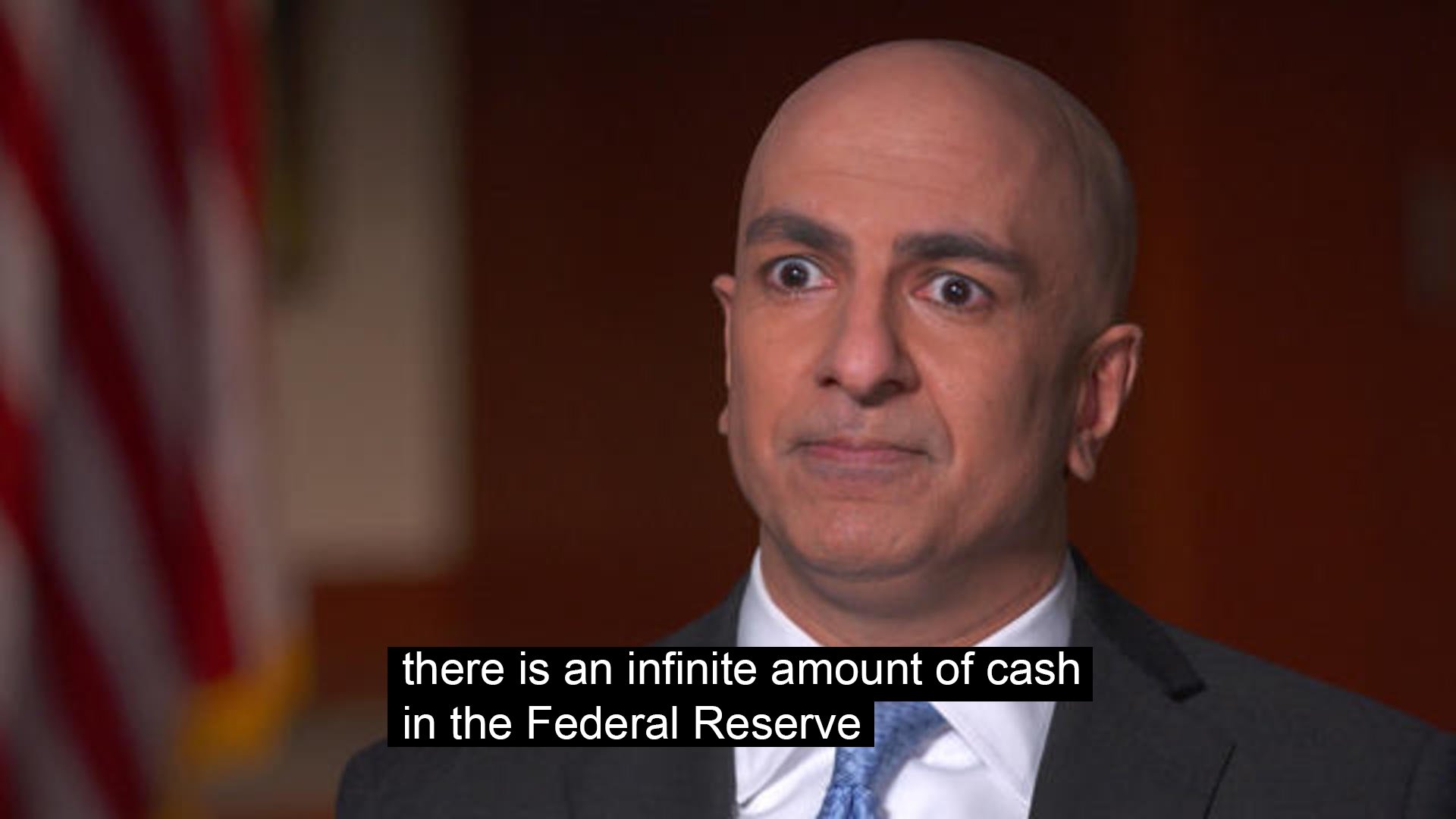 this fed guy looks coked out of his mind

For a few weeks in the beginning of March, it was actually worse than 07-08 in some respects. UST intermediation never broke down during the GFC, but it did in March 2020. That's why the Fed just made the SRF and FIMA repo facility permanent and why they're considering mandating UST central clearing. The moves in USTs during that time period were insane, I don't think there's any historical precedent for what happened during that time period. One of the deepest, most liquid markets in the world basically completely broke for a few days.

In terms of why there weren't any bank/dealer failures - you can thank post-crisis legislation. LCR liquidity requirements require fat cushions of liquidity for large banks in the form of reserves, USTs, and MBS - but reserves are highly preferred due to Dodd-Frank's resolution planning rules (re: intraday liquidity) and behavioral changes post-crisis like the drop in use of daylight overdraft/intraday credit at the Fed. SLR captures ALL activity, on- and off-balance sheet, so you don't have Lehman's and Bear's leveraged 50-70x or more this time around. There's obviously some discretion in terms of calculation of position size for OTC notionals, but it's far more restrictive than Basel I/II. So basically the large banks and dealers really do have fortress balance sheets.

Unfortunately, those fortress balance sheets come at the cost of providing potentially risky, but very necessary financial intermediation functions - like making markets in USTs during period of extreme volatility.

We almost had some pretty big blowups during that period (outside of market participants impacted by Dodd-Frank and Basel III) but the White House meeting at the 11th hour saved Citadel's ass as well as probably quite a few others. Citadel had some "basis trade issues" and by "basis trade issues" I mean they were probably worth less than $0 for a few hours. Probably some type of LTCM-esque deal to help them unload that position without breaking the UST market anymore than it already was.

TBH I don't think the Fed played that big of a role except clearing balance sheet space off the primary dealers (who were limited by SLR and their own risk management) by removing duration from the market. Obviously, the alphabet soup facilities helped to backstop the MMFs and some of the potentially unstable IG/HY bond ETFs, but that wasn't a huge factor IMO (outside of the impacting the psychology of equity/credit PMs who were just looking for an excuse to buy the dip anyways). If you remember March 15th was the day the Fed announced their bazooka on Sunday afternoon/evening. When the S&P futures market opened it was just lock limit down and Monday tanked as well. Nothing they said or did fixed anything, it was almost beautiful/glorious in a fucked up kind of way.

IMO it was Mnuchin stepping up on March 23 and issuing $1.7T of T-bills, which plugged the collateral hole (people were selling long bonds and buying bills and OTR notes/bonds b/c bonds were being repudiated as repo collateral due to the historic volatility of long bonds) and stopped the worst of the liquidations.

If you're talking equities, I don't even wanna go there ... The S&P was basically still fine in May - August of 2008 when the whole world was falling apart in all the places that mattered since August 2007. It didn't start crashing until Lehman.

yeah, that was a shocking week for govies. Completely understand things from the debt/collateral side in the system.

But people were out of jobs, restaurants closed down, etc. Why wasn't there chaos like job losses in 08?

That was definitely a big part of it. We had a lot of other extreme fiscal policies that we didn't have back in 08, not just unemployment assistance (eviction moratorium, stimmy checks, paycheck protection program, etc.) that were able to plug a lot of holes so that people weren't getting evicted/losing their house. We were also able to save a lot of jobs through PPP and many businesses weren't directly impacted by the lockdowns and could switch to remote relatively easily.

Obviously a lot of the small and medium businesses which are direct business-to-consumer (restaurants, stores, etc.) suffered heavy losses and many have permanently gone out of business. I think the full reckoning of the effects of the damage towards this sector of the economy hasn't fully been realized yet because we're still in "war finance" mode and haven't take a step back to look at the long-term effects yet. But many of of the unemployment benefits were more generous than what these people were making while working, so that spending got redirected towards large retailers (Target, Walmart, etc.) and deliveries (Amazon, Uber Eats, etc.) and wasn't permanently lost. The size of fiscal policies this time around were roughly equivalent to the hole that got blown in GDP.

I think 07-08 was a pretty big hit to household wealth, which reduced consumption further. Also, for many small and medium businesses, home equity lines of credit (HELOCs) were a primary means of obtaining business loans, so decline in housing value didn't just hurt household wealth/consumption, but also SMB investment. I think people tend to underestimate how important SMBs are for the economy - they're responsible for ~ 50% of private payroll and GDP and 60% of net new job creation.

I think a lot of the difference in terms of psychological reaction has been muted towards the economy because of unemployment/stimmy checks as well as the fact that everyone is so focused on the virus.

Another thing is that compared to 07-08, this was very deep and painful, but also quick. You had restaurants shutting down and laying off/furloughing workers but they were able to rehire again when they opened back up. By comparison 07-08 seems painfully slow and we had waves of panic followed periods of calm. The whole thing from August 2007 to March 2009 took almost a year and a half with multiple "false dawns" before the ultimate climax.

Wow, I honestly understood very little of this but it sounds really interesting. Do you have any recommendations (books, podcasts, etc) on how to get smart on how the financial system works?

Very insightful post. So what's your outlook on the next 12-18 months and what should we be paying close attention to during this time frame? Do any of the issues that were mitigated have the near-term potential to resurface?

Wow. Great read and thanks for sharing. Do you mind elaborating on what happened at Citadel? I frankly have no idea how a place like that works and couldn't find good reading on the internet.

The difference was the rich got poorer in 94/02/08, everyone from all social classes suffered. What happened in 2020 was that the fed made the rich richer. Wealth inequality has widened even further post COVID. The bottom 50% have it worse now than they in 2008. Inflation is at a record high while wages continue to be stagnant for the middle class.

he's not lying though

What role do you think the overall shift in the economy/efficiency has taken helped shift this crisis quickly? I think you nailed one of the points about "O&G debt crisis" not being a systemic risk in 2014-2016 nor in 2020 as energy products basically went to zero. Unlike 20 years ago the "O&G" industry is not a huge component of the economy anymore and as you mentioned neither are the financial firms based on the new rules/policies. The major systemic risk you also explained was the liquidity crisis that the fed/treasury dealt with asap to fix.

But the other side is that "covid" allowed a whole new series of industries to grow and be created. In 2008, I do not think any good came out the rubble. While the largest firms (FANG tech) were able to take an even greater chunk of the economy and get stronger in this short-term crisis.

Should I Report Him
+372IBby lsjsk
Dating smart girls
+146OFFby Analyst 2 in Consulting
Unsure what to do about GF - Need Advice.
+139OFFby RE-Analyst
How often do you get "matches" on apps?
+138OFFby Associate 1 in AM - Other
Am I Crazy To Leave a 500K Job for Consulting?
+130COby Associate 3 in S&T - Other
Have you ever sued your employer?
+95PEby Principal in PE - Other
Random cold call from analyst lead to fantastic deal
+80REby Associate 1 in RE - Comm
Biggest Fraudster you know or have heard of
+79OFFby ironman32
19, good looking, never had gf, still a virgin
+71OFFby Prospect in IB - Cov
Importance (and umimportance) of modeling
+68REby pudding
END_OF_DOCUMENT_TOKEN_TO_BE_REPLACED