Normal profit describes a situation in which a company's total revenues match its total costs.

Normal profit is an economic phrase that describes a situation in which a company's total revenues match its whole costs in a completely competitive market. 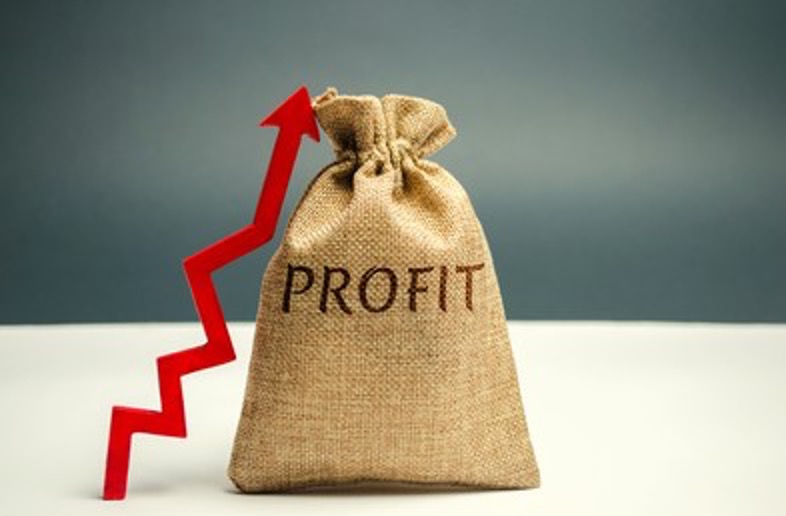 It signifies that the firm generates enough money to pay its entire cost of production while maintaining a competitive edge in its industry. Conversely, when a corporation declares a normal profit, it indicates its economic profit is zero, which is the very minimum that supports the company's continued existence.

This method evaluates the opportunity cost of deploying the assets elsewhere when calculating a company's regular profit.

When a firm reports an accounting profit, it signifies that its remuneration for staying in business is more than the opportunity cost it incurs by employing means to manufacture items.

On the other hand, a corporation is said to be losing money if its pay is less than the potential cost of producing things. It is equated frequently with economic benefit.

Accounting profit corresponds to the profit a firm declares on its financial accounts each period, whereas normal profit and economic profit are economic terms. When faced with high hidden costs, an entity may opt to evaluate it.

When it comes to business, the smallest amount of revenue necessary for survival is referred to as normal profit. Various fields define profit individually, which is essential to understand when working with profits.

To assess if a business has made an accounting profit, it must first compute its economic profit. If a corporation's total revenue equals its overall cost, the firm's economic profit is zero, and the business is in a normal profit situation.

For example, if a firm spends $200,000 on costs each year, it must generate $200,000 in revenue to break even. Therefore, when a firm declares accounting profit, it signifies that its income covers its expenditures and can compete in the present market.

What is the significance of normal profit?

It is an essential economic phrase that organizations and firms use to measure how competitive they are in their industry. To determine whether a firm is making a regular profit, you'll need to know the formula and what it implies for the industry.

There are several reasons why it is significant in economics, including:

Calculating average profit can assist people in figuring out if a market has a monopoly or oligarchy. For example, suppose a firm's calculated economic profit is significantly higher than zero. In that case, it may indicate that the market lacks sufficient competition, and the company currently has a monopoly in its industry.

When there is no regular return, and a corporation becomes a dominant or oligarchy, lawmakers and legislators use their influence on the market.

They create a competitive environment in the marketplace to assure that the firm does not abuse its powers or exploit the customers. The result is that it decreases and reaches the breakeven point to become a zero figure.

If a firm is failing and not attaining accounting profit, it can utilize this information to make improvements to its business when determining economic profit. It is frequently used by entrepreneurs to compare their performance to that of other firms in their sector.

If they're failing, companies may change their business processes, such as launching new and innovative items, to boost their profitability and remain relevant in their industry. To fight with other smartwatch companies, a firm that makes smartwatches, for example, can produce a new style or software version.

It may also be used by economists to judge if entire sectors are prospering or failing. If the industry fails, it may signal too much competition, and some businesses may need to adjust their business strategy to remain competitive.

If an industry succeeds and the total economic profit is positive, it is likely lucrative, and more enterprises will enter the market, eventually leveling to an average profit condition.

By showing actual consumer demand and motivating the operator to deliver service quality and price levels on par with customers' desire, subject to the operator's financial requirements to pay its expenses.

In macroeconomics, the word normal profit can apply to economic sectors larger than a single firm. It can relate to an entire industry or market in complement to a single firm, as in the example above.

It should arise under a perfect market and rapid equilibrium. This is because, in theory, competition reduces economic profit. Furthermore, economic profit can be a helpful indicator for determining the overall status of profits in a specific industry.

A company or companies that make a profit may attract additional companies to enter the market since profit is possible. Newcomers provide more products to the market, lowering the market price of items and bringing profits closer to parity.

All industry players can individually contribute to the amount of revenue and total costs necessary for accounting profit levels.

A similar but reversed case may be made in the case of economic loss. According to theory, if an industry loses money, companies will begin to quit.

Eventually, competition will be reduced sufficiently for the surviving businesses in the industry to approach and maybe achieve a typical profit margin.

Economic profit is more practicable in the case of a monopoly because the firm in issue controls the pricing and quantity of commodities offered.

This situation primarily depends on the presence of considerable entry barriers, which prevent other businesses from simply joining the market and driving costs down, undermining the dominance of the dominant corporation.

Generally, governments will try to interfere with improving market competition in industries where monopolies exist, usually through antitrust laws or other restrictions. Such rules intend to prohibit large, well-established businesses from abusing their market position to lower prices and push out challenges.

Ahmed also spends $20,000 in rent and $30,000 in foodstuffs and other supplies each year. Ahmed learns from his financial advisor that the projected potential cost of running Ahmed Bagels full time is $20,000 per year, depending on his company and individual talents.

His yearly total expenses will be $130,000 + $20,000 = $150,000, because her average annual implicit costs are $20,000. She notices that his expenditures equal her total income, indicating that his bagel store is operating at a regular profit margin. Another example is Virginia, which operates Virginia's Blossoms, a flower store that brings in over $170,000 in sales each year.

Virginia realizes that she spends $30,000 yearly on raw supplies, $40,000 on building leases, and $80,000 on staff wages, including her own when she examines her finances.

Virginia's firm is now in a condition of normal profit, indicating it is still competitive in the flower shop market, with zero economic profit.

David's overall expenses are $190,000 when the hidden and explicit charges are added. The numbers are then entered into the economic profit formula:

David now has a $10,000 economic profit, indicating that his firm is profitable and performing well in its current market. If he maintains a positive economic profit, it may encourage competitors, resulting in a return to normal profit for his firm.

It can be used by company owners to compare their earnings to the profitability of other possible business ventures.

Bob would want projections illustrating the changes in revenues and expenses and any externalities that may incur because of the adjustment.

After that, Bob should be able to make an informed decision on whether to extend his business to sell hot dogs based on the predicted normal, economic, and accounting earnings. 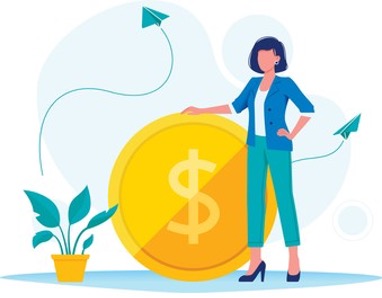 In macroeconomics, they can assist in determining if a specific industry is operating effectively or not.

Using standard profit indicators, it is also feasible to determine if a business has a monopoly within an industry or whether a group of companies has an oligopoly.

It may also assist lawmakers in developing a strategy for creating a more competitive sector.

Salary income handed up to manage a firm or investment gains passed up from investing at one predicted rate of return vs. another are two instances of implied expenses that are utilized in calculating normal profit. Normal profit does not mean that a business is not profitable.

This is because accounting profit accounts for opportunity expenses.

It's also worth remembering that implied expenses are an essential consideration when calculating accounting profit.

However, implicit costs must be assessed, which is difficult to accomplish correctly.

As a result, if a company thinks about growing, additional opportunity costs might be wrong or involve a new risk that hasn't been factored in yet.

This impacts a company's capacity to depend on accounting profit calculations entirely.