A strand within Economics that is associated with ameliorating fiscal, economic, and social conditions within developing countries

Development Economics is a strand within Economics that is associated with ameliorating fiscal, economic, and social conditions within developing countries. 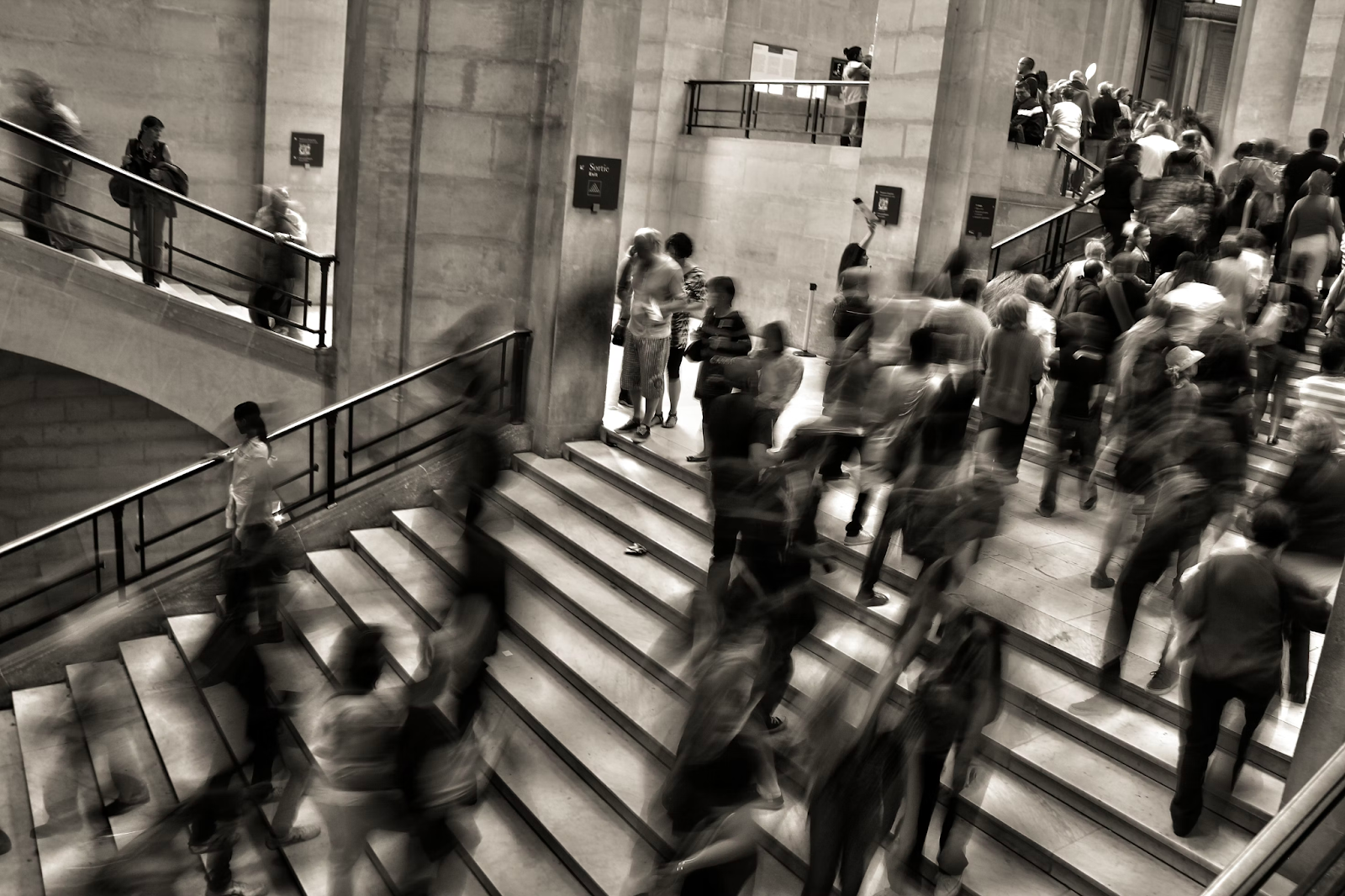 Development economics is concerned with the process of economic growth in developing countries, also referred to as low-income countries. It traverses topics of both micro and macroeconomics and seeks policy applications within these areas to promote growth.

This branch within economics researches spheres like health, education, labor conditions, and domestic and foreign policy, among others, in order to better understand the processes behind economic growth in different nations.

It also seeks to identify patterns within developing regions with regard to these areas, examining aspects like income inequality and standard of living, among others, in order to gauge the level of growth within a country.

The primary aim of development economics is to design and structure policies that will aid developing countries in the process of improving their economic growth.

These policies span a wide range of fields, as mentioned in the aforementioned note on the areas of policy-making.

There are several theories within this branch of economics regarding the processes motivating economic growth in developing countries. These theories are usually employed in an effort to try and understand the causal relationship regarding the various factors that motivate growth.

As the discipline is largely concerned with promoting development and growth in developing nations, these theories subsequently constitute an important aspect of the subject.

As such motivating factors for growth vary considerably with regard to their respective region, there is a myriad of such theories as one cannot generalize across countries with distinct disparities from one another. 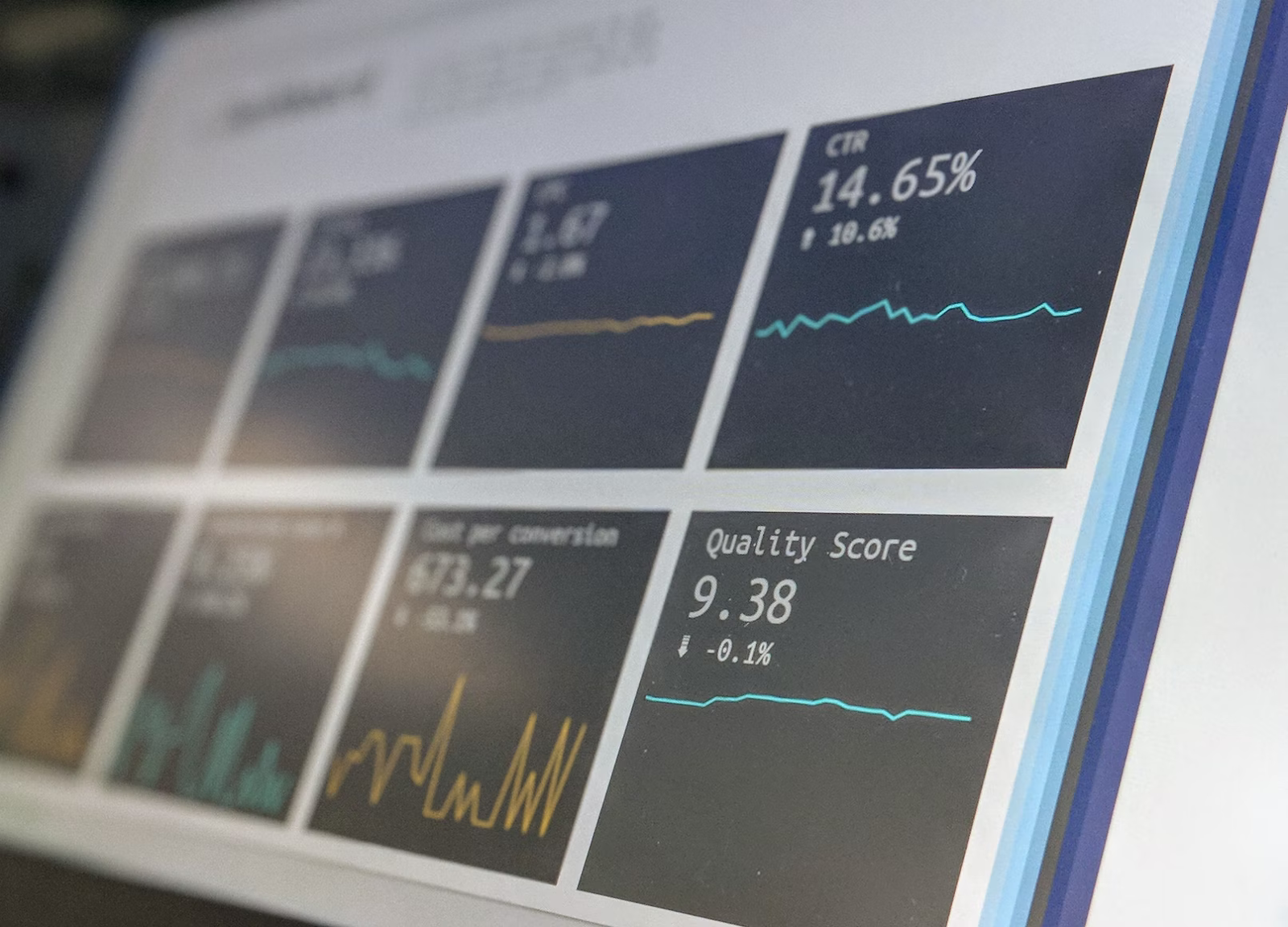 Subsequently, there are many such theories, some with greater rates of recognition than others. These theories span a wide range of both topics and time periods. Some of the most widely recognized theories of Development Economics include: 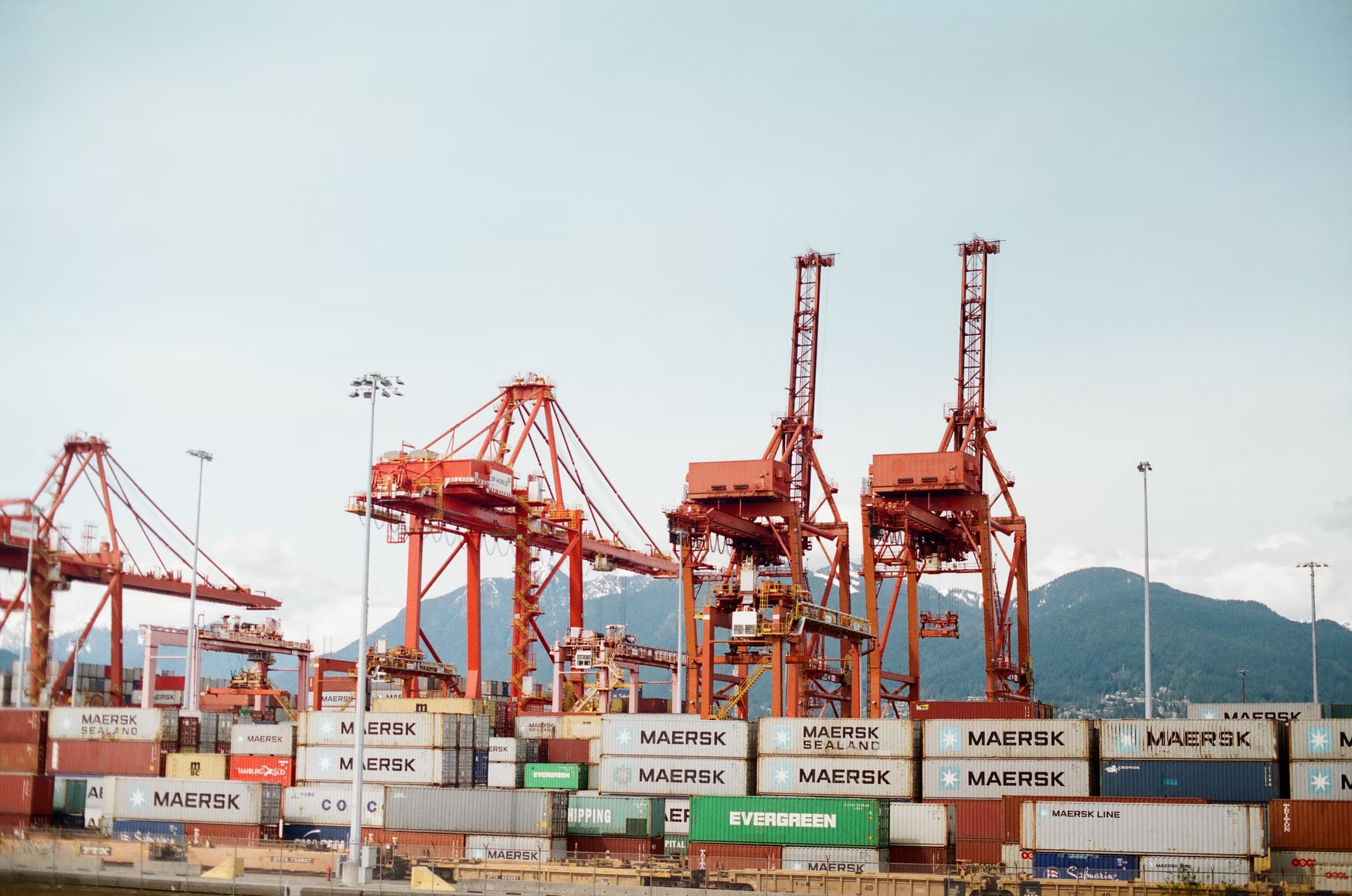 Having emerged in the 17th century, mercantilism is widely regarded as the earliest Western theory of Development Economics. Its prominence remains evident as ideas of mercantilism remain prevalent in more modern theories, such as economic nationalism and neo-mercantilism.

According to this theory, a nation's economic prosperity is correlated with the amount of capital held by the state. In this way, mercantilism advocates in favor of a positive trade balance, otherwise known as a 'trade surplus.'

To maximize a positive trade balance, mercantilism often champions protectionist policies, which refers to those policies which seek to minimize international trade in order to boost domestic activity.

These policies include tariffs, subsidies, quotas, and standardization, among others. 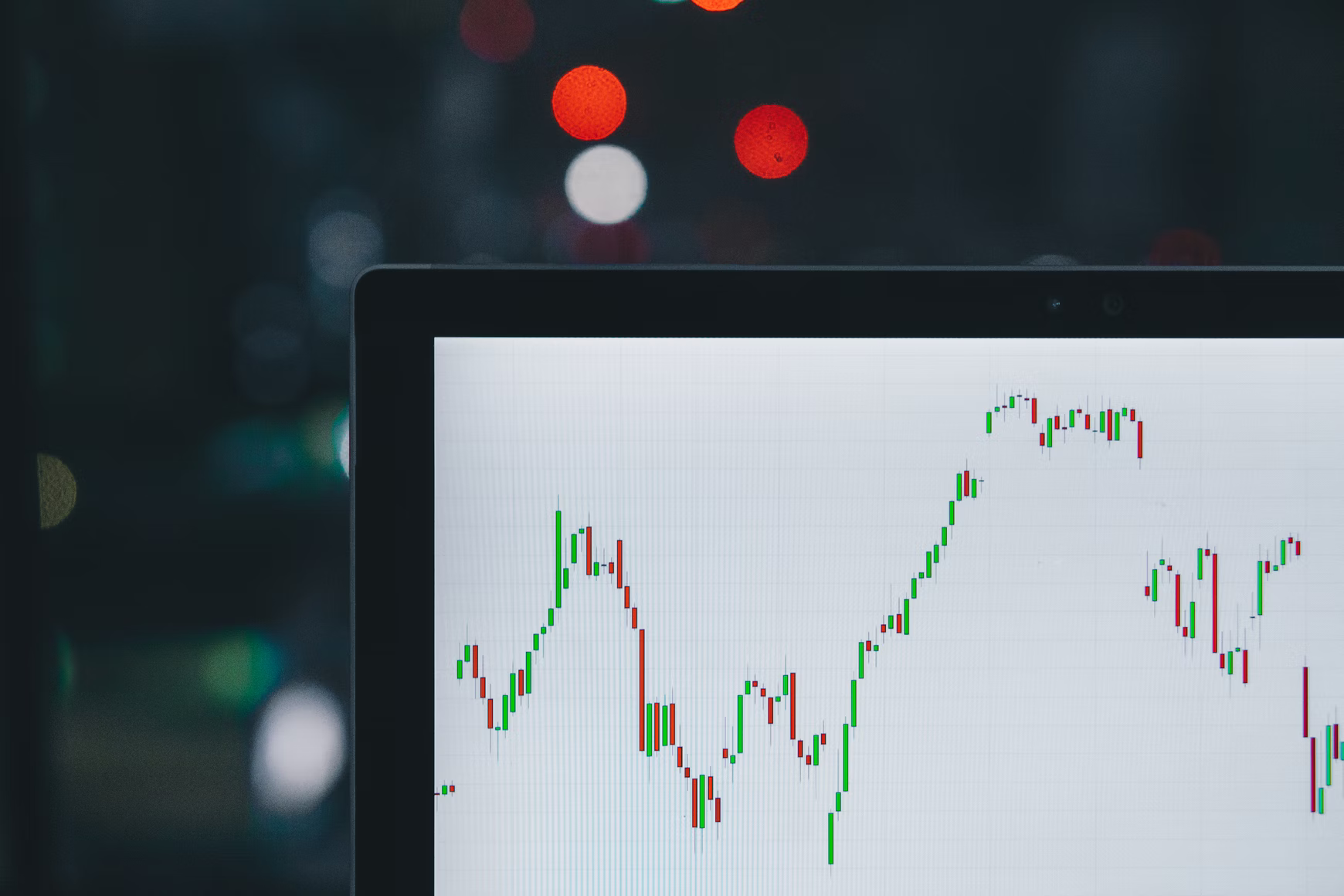 Economic nationalism refers to the economic theory which contends that protectionist policies (those policies which seek to aid the growth of domestic industries through actions like greater restrictions on global trade) are integral to the growth of an industrialized economy.

In accordance with the theory, this is because they allow domestic 'infant industries' to be sheltered from international competition in order to promote growth on a national scale.

The term infant industries refers to new industries in the early stages of establishing themselves against their competitors.

Policies favored by economic nationalism tend to be closely aligned with ideas of isolationism, a school of thought which is largely averse to involvement in international affairs.

These policies favor the restriction of trade (in particular, imports) over ideas of free trade and globalization, with the contention that these actions have benefits for the domestic economy.

One example of the theory of economic nationalism can be seen as having its arguable contribution to the growth of Japan's economic development in the 19th and 20th centuries.

The theory of linear stages of growth is derived from American economist Walt Whitman Rostow's 1950s work entitled The Stages of Growth: A Non-Communist Manifesto.

The model essentially develops on Karl Marx's theory of growth, with a heightened emphasis on optimizing the process for capital growth.

According to Rostow's theory, a greater focus on savings (both domestic and international) is necessary to boost investment, which subsequently promotes economic growth.

This is primarily because an injection of investment into the economy would enable greater opportunities for growth.

This can be mathematically demonstrated through models like the Harrod-Domar model, a Keynesian model which seeks to explain economic growth in terms of savings and investment.

The theory of linear stages of growth, however, has come under criticism for, what some argue is, over simplicity.

These critics contend that capital growth alone is not the only sufficient condition for economic development, noting that the theory neglects several socio-political nuances to economic growth. 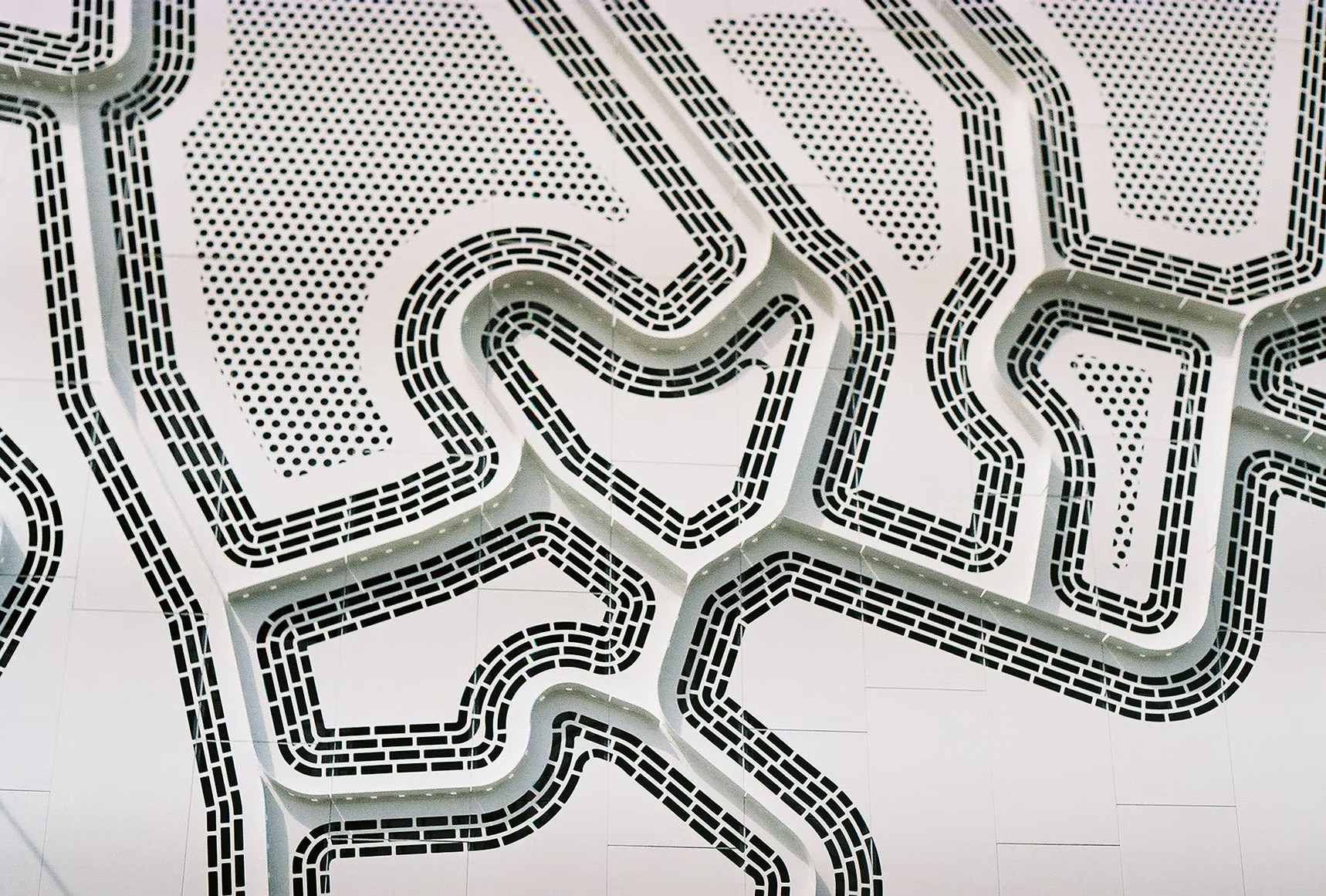 Structural change theory refers to those economic theories which advocate in favor of the entire restructuring of a nation's economy, contending that this is necessary in order to optimize economic growth and development.

This theory largely contends for the industrialization of agricultural and rural economies through the argument that these more diverse manufacturing and service economies promote greater economic growth and development.

The structural change theory is also largely associated with the 1955 model, the 'Lewis Model,' which largely focuses on similar ideas of transforming the economy through industrialization to produce more diverse, service-oriented economies in order to drive growth.

The Lewis Model may also be known as the 'Two Sector Model' or the 'Surplus Model,' other names by which it has been referred.

Theories of structural change, however, have come under criticism for arguably promoting urban development through neglecting those agricultural and rural spheres.

These critics also contend that, as a result, this process indirectly results in regional inequality between these different groups. 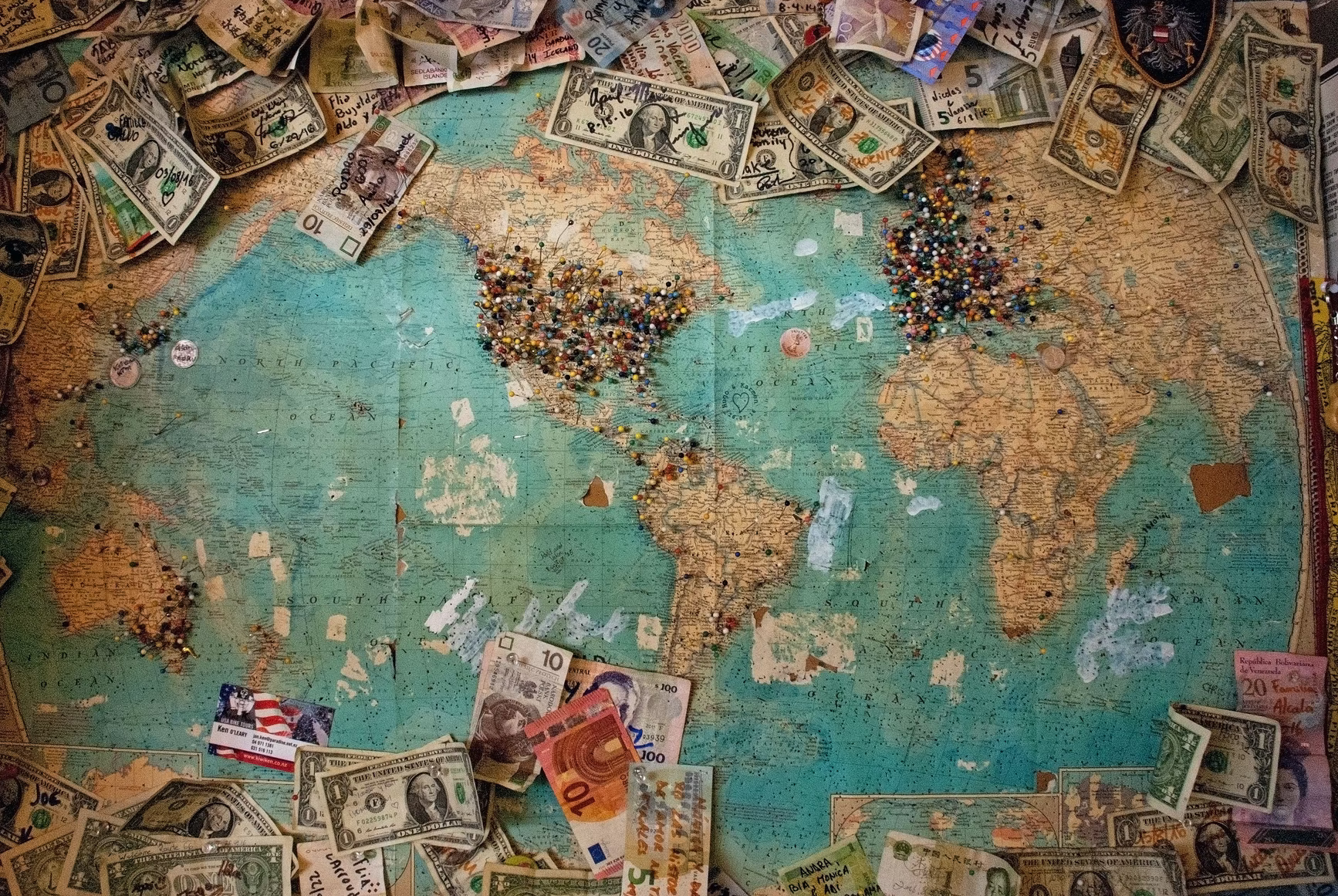 Referring to those theories which gained traction in the 1970s, international dependence theories of economic development primarily view obstacles to growth and development in a nation as being a result of external forces, as opposed to internal forces.

Dependence theory in international relations can arguably primarily be characterized by its contention that economic growth is contingent on the nature of relationships and interactions between various nations.

The three predominant strands of international dependence theory are: 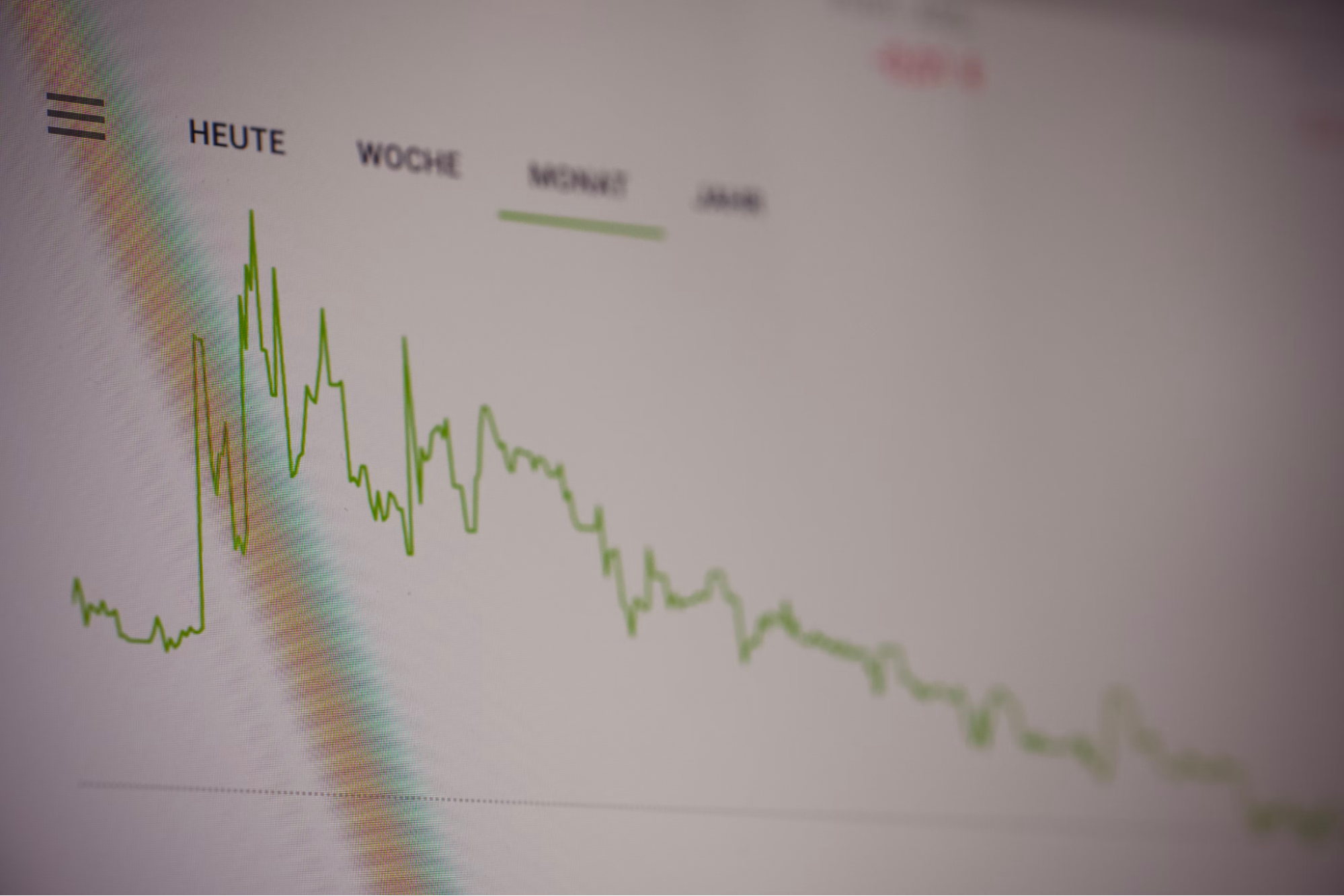 Arising as a counter-view to international dependence theory, neoclassical theory embodies the period of 1980s conservatism from which it emerged.

The theory contends in favor of free-market capitalism, arguing that a government absent from intervention is the best environment for development.

The neo-classical theory has also been widely referred to as a neo-liberal theory. In accordance with this theory of growth, open, free-market economies and privatization are important components of economic development.

Conversely, the neo-classical theory contends that the root of many hindrances to economic growth can be traced to extensive government regulation, of which the theory is critical.

Subsequently, neo-classical and neo-liberal theories often advocate against such ideas of intervention, arguing instead in favor of the aforementioned ideas of free-market economies and privatization to ameliorate public services.

There are several different components to neo-classical theories of economic development. Some of the main strands within neoclassical theory are: 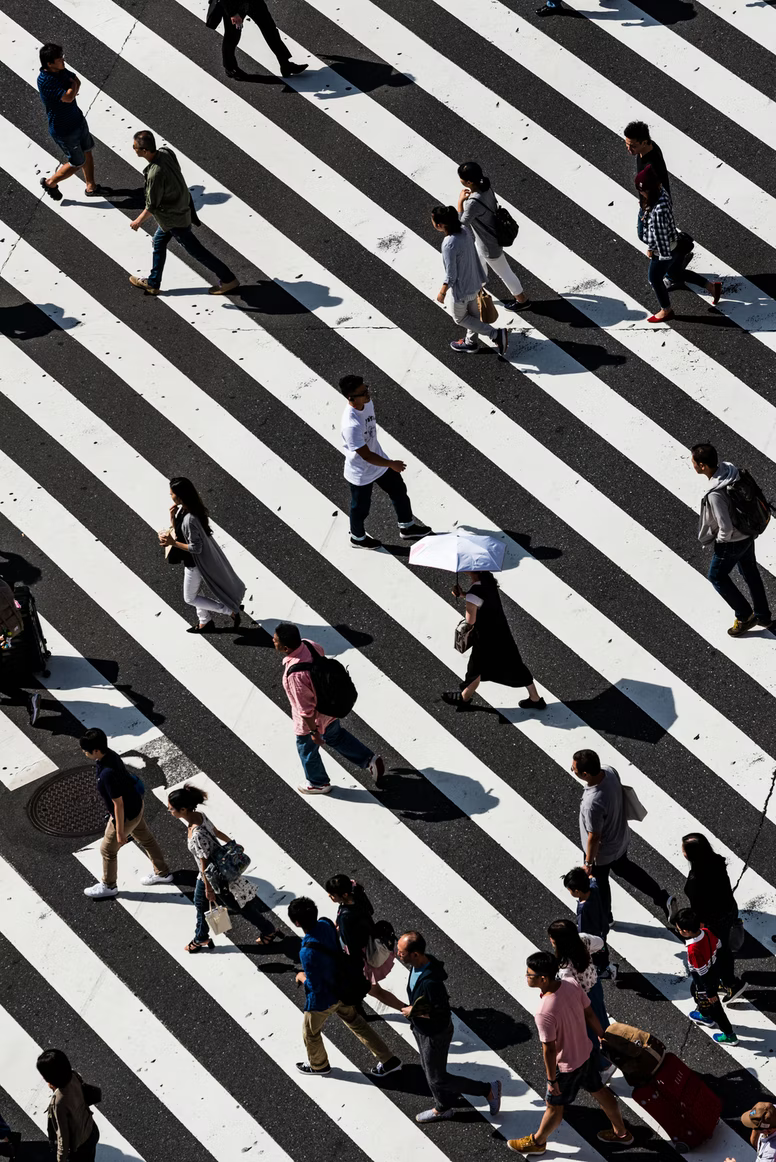 There is a myriad of different subject areas traversed in the study of development economics. Some of the predominant aspects include:

The discipline is primarily concerned with examining these areas in the context of their ramifications for a country's growth and development.

Development economists may also be interested in researching how these various measures differ in developing economics as opposed to more developed regions to gain an understanding of how these different areas impact growth.

Retaining an awareness of the characteristics which are recurrent among developing economies as well as examining general metrics across countries of varying levels of growth allows for insight into what potentially motivates growth.

By doing so, economists can compare potential factors which may help to accelerate development in different regions. 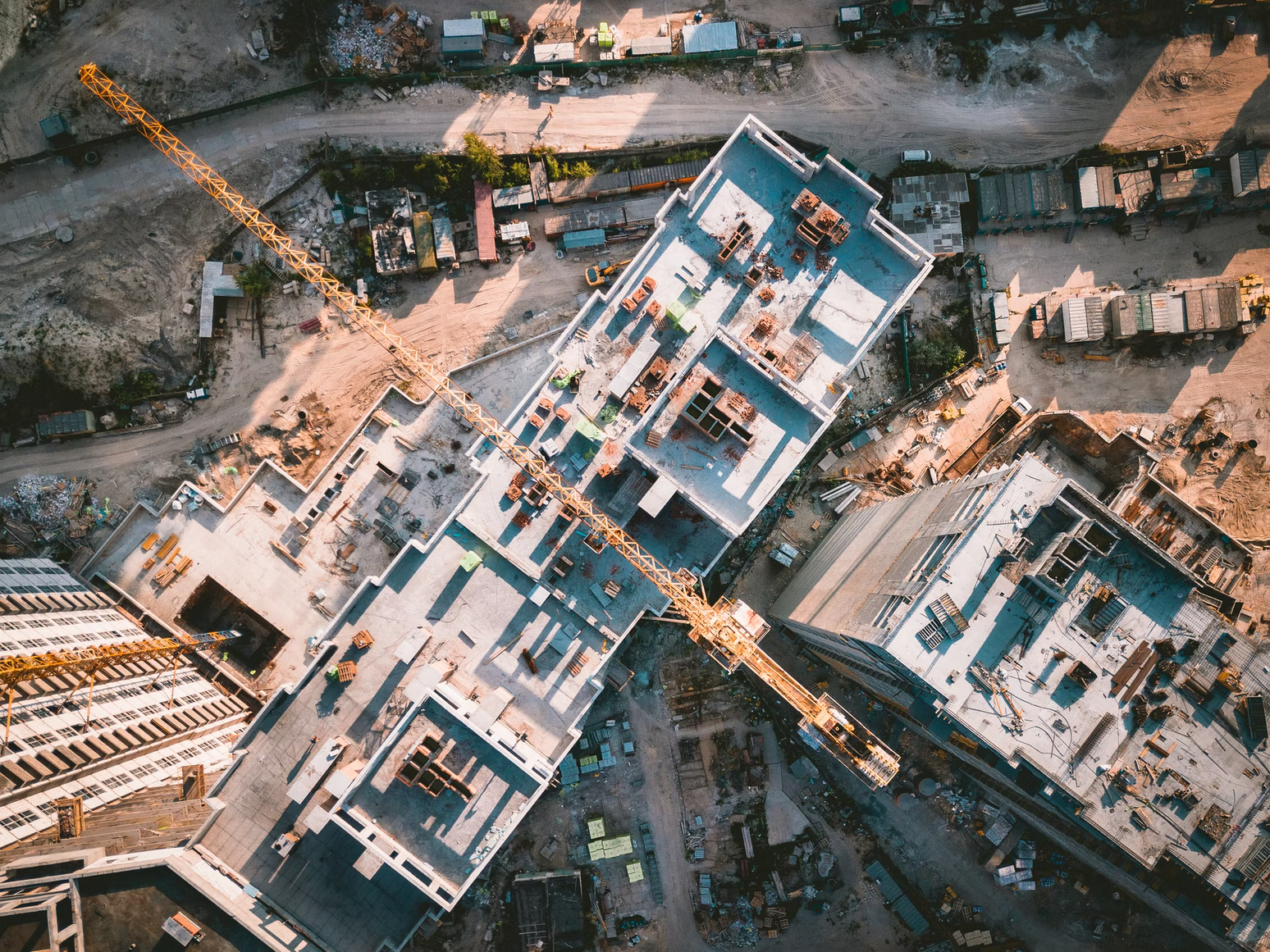 While it is difficult to pinpoint the exact characteristics of developing economies, economists can identify certain indicators. In this instance, indicators refer to certain features of a nation's economy which may align with those traits of a developing economy.

Through identifying shared identities and recurring patterns between different developing countries, economists are equipped with an awareness of which potential areas to target when considering policies to aid these nations.

This is because a larger sample size generally correlates to a smaller margin of error. Some of these indicators may include:

Contemporary discussion within the discipline often situates around weighing which aspects occupy the largest role in affecting growth and development within a nation. The most prevalent factors to consider appear to be:

Modern research within the field has revealed one of the prominent factors to which growth can be accredited: technological growth.

The speed of technological growth appears to be an important factor influencing economic growth within developing countries; countries in which accelerated technological progress has been observed have demonstrated higher levels of growth and development.

Observing the cause of this technological advancement, education seems to be an important factor.

One can identify a pattern amongst these nations, whereby mass structures of education were correlated with increased productivity through greater levels of technological innovation.