It deals with the measurement of economic relationships 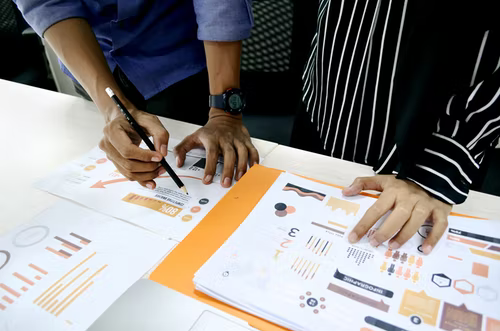 It was pioneered by Lawrence Klein, Ragnar Frisch, and Simon Kuznets. All three of them received a Nobel prize for their contribution.

The main aims are:

1. Formulation and specification of econometric models

These models are formulated in an empirically testable form. Several economic models lead to the derivation of econometric models. Such models vary from each other because of the different functional forms used.

2. Estimation and testing of models

The models formulated are estimated concerning the observed data set, and these are tested for their suitability. Unknown parameters of the model are given numerical values using various estimation procedures.

They are used for policy formulation and forecasting. Both these aspects are an essential part of policy decisions. Forecasts facilitate policymakers to look at the goodness of the fitted model and re-adjust relevant economic variables.

It uses statistical methods by suiting them to the problems of economic life. These adopted methods are mostly econometric methods used to ascertain stochastic relationships.

On the one hand, these theoretical econometrics includes :

The development of appropriate methods for measurement of economic relationships, which are not meant for controlled experiments conducted inside the laboratories, are generally developed for the analysis of non - experimental data.

On the other hand, the applied econometrics includes:

The implementation of econometric methods to particular branches of problems and economic theories. This involves the application of the tools of econometric theory for the analysis of economic phenomena and forecasting economic behavior.

This is a type of data collected by observing subjects like firms, individuals, countries, regions, etc., at one point or time.

Analysis of cross-sectional data generally comprises a comparison of differences between selected subjects without having regard for any difference in time.

For example, to measure the current obesity level of the people in a population, 2000 people are randomly selected from the population. Then, their height, weight, and the percentage of obesity in that sample are calculated.

For example, the inflow of foreign direct investment could be regressed on exports, imports, etc., in a fixed month. 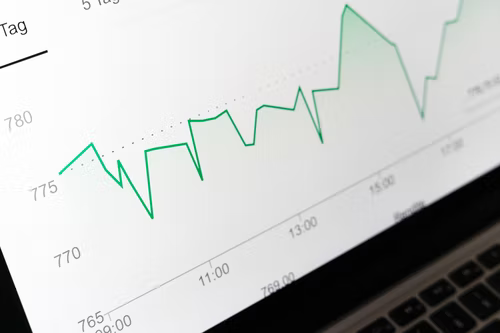 It is a collection of observations obtained through repeated measurements over time. When plotted on graphs, these observation points are always plotted against time on one axis.

Since our world gets increasingly instrumented, systems are seen constantly emitting a relentless stream of time series data. Time series data can be observed anywhere and everywhere. 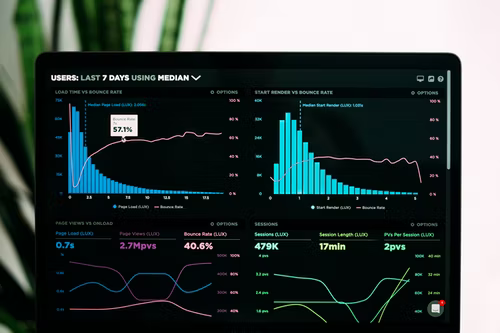 These types of data sets consist of the properties of both time series and cross-sectional data sets. Here we take random samples in different periods of different units often used to look at the impact of policies or programs.

For example, the household income data of A, B, and C individuals are taken for the year 2000, and for D, E, and F, it is taken for 2010. The same data is taken for different households in different periods.

Also known as longitudinal data, contains data of different cross-sections across time. In this method, observations are collected at a regular frequency.

Panel data consists of more information, efficiency, and variability than any other data type. It can model both the common and individual behaviors of groups. 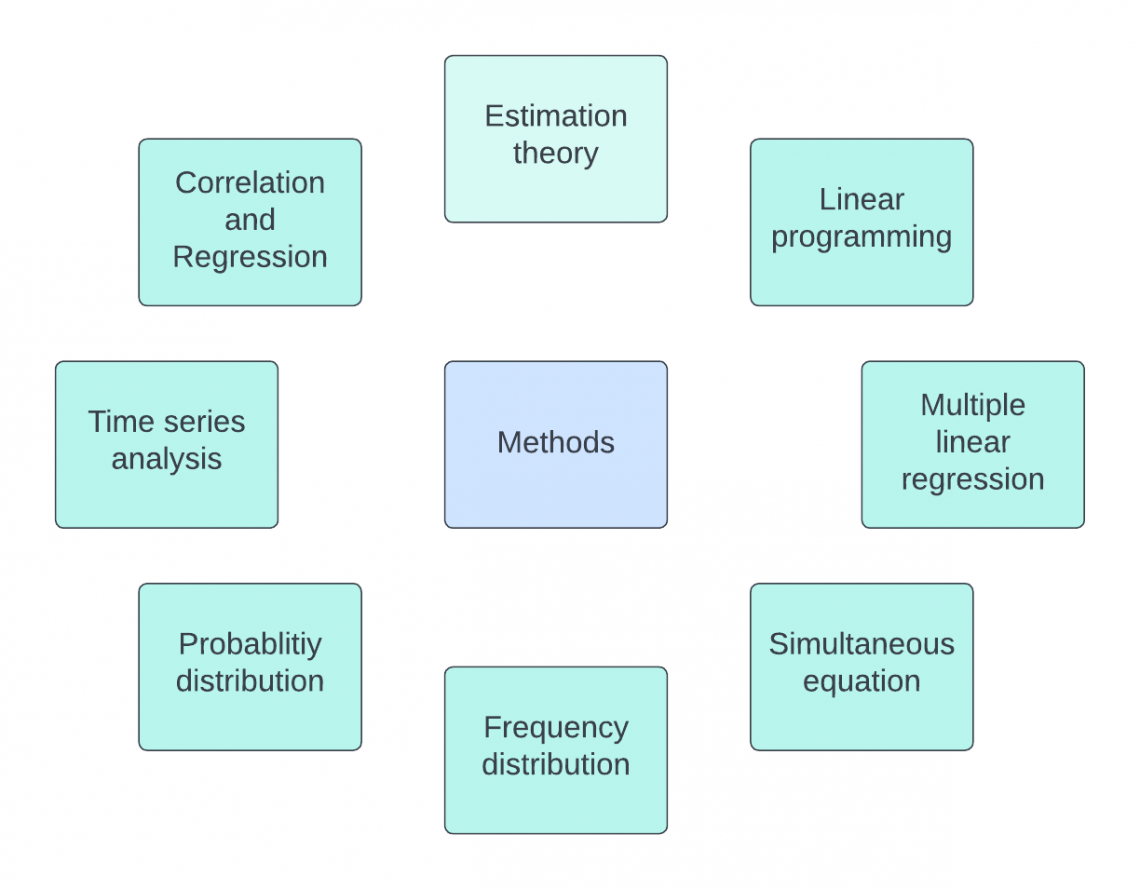 The correlation coefficient sample is estimated in correlation analysis, which ranges from -1 to +1. It quantifies the direction and strength of the linear relationship between two variables. 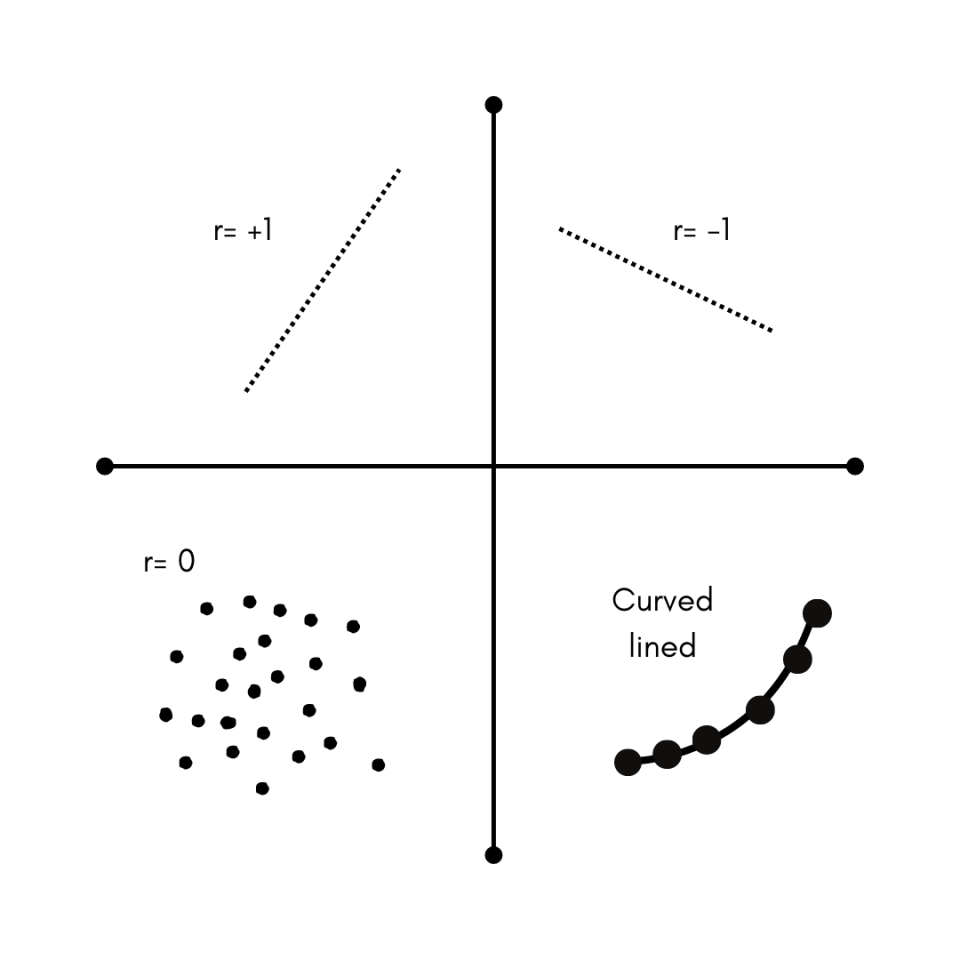 Regression analysis implies the determination of the relationship between the variables. The variables are y and x, where:

Linear regression is an approach for modeling the relationship between a scalar component and independent variables.

It can be simple or multiple linear regression depending upon the number of independent variables.

Linear regression focuses on conditional probability and helps find out the best line that predicts y from x.

Also, a and 𝛽0 are y-intercept at time 0, 𝛽1 is the regression coefficient, and Ɛ is the error term.

It is a specific way of analyzing a sequence of data points collected over an interval of time. Here, analysts record data points at consistent intervals rather than recording them intermittently or randomly.

Time series analysis requires a large amount of data to ensure reliability and consistency. In addition, it ensures that any trends or patterns discovered are not outliers and can account for seasonal variance.

It can be used for predicting future data based on historical data.

Also, it facilitates the understanding of the underlying causes of trends and systematic patterns over a period of time.

A probability distribution is "a statistical function that describes all the possible values and likelihoods that a random variable can take within a given range."

A probability distribution is based on factors such as the mean of the distribution, standard deviation, skewness, and kurtosis.

On the one hand, skewness is a measure of symmetry. A data set or a distribution is said to be symmetric if both left and right of the center point look the same.

On the other hand, Kurtosis is a way to see whether the data is heavy-tailed or light-tailed compared to a normal distribution.

It can be used to create cumulative distribution functions that add up the probability of occurrences cumulatively. This function starts from 0n and ends at 100%.

A normal distribution is mostly used for analysis as it is fully characterized by its mean = 0 and standard deviation =1. Also, its skewness is 0, and kurtosis = 3. This type of curve is the familiar, perfect bell-shaped, curved diagram. 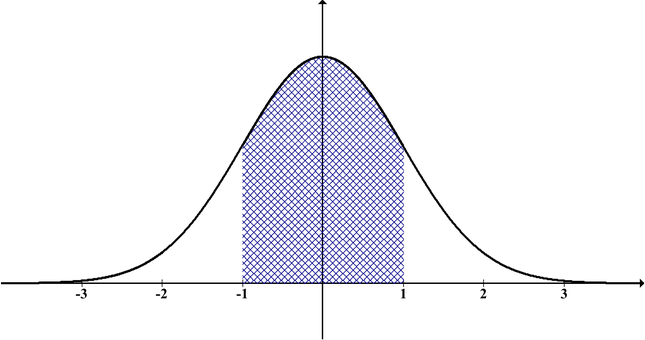 "It is a tabular representation of data in which numerous items are arranged into different categories and mentioning properly the number of items falling in each category."

It is an important method of organizing and summarizing quantitative data. Grouped data is such a kind of data, whereas ungrouped data or raw data is the one that has not been arranged in a systematic order.

Representation can either be graphical or tabular. The number of observations displayed is of a given interval where intervals must be mutually exclusive and exhaustive. 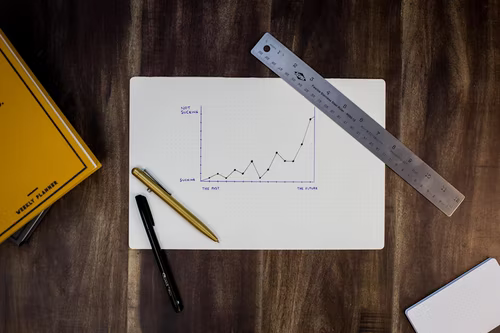 This type of data generation process depends on more than one equation interaction together to produce the observed data. Here y variables in the system are jointly determined by the equations in the system.

Endogenous variables change their value as the equilibrium solution is ground out of the simultaneous equation model.

They are endogenous as their value is determined within the system. 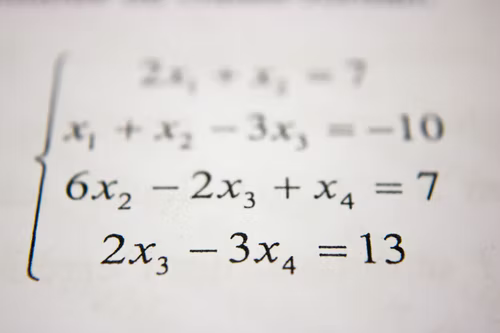 It is a statistical technique that uses several explanatory variables to predict the outcome of a response variable. It is an extension of ordinary least squares regression.

"It is a method to achieve the best outcome such as lowest cost or maximum profit in a mathematical model whose requirements are represented by linear relationships."

This theory deals with estimating the values of the parameters. These parameters are based on empirically measured data and consist of a random component.

The parameters are characterized by underlying physical settings. These settings suggest that the value of the parameter affects the distribution of the measured data.