It is the introduction of new money into an economy to stimulate growth, often used as a means of recovery amid economic struggle or stagnation

Quantitative easing (QE) is introducing new money into an economy to stimulate growth, often used as a means of recovery amid economic struggle or stagnation. 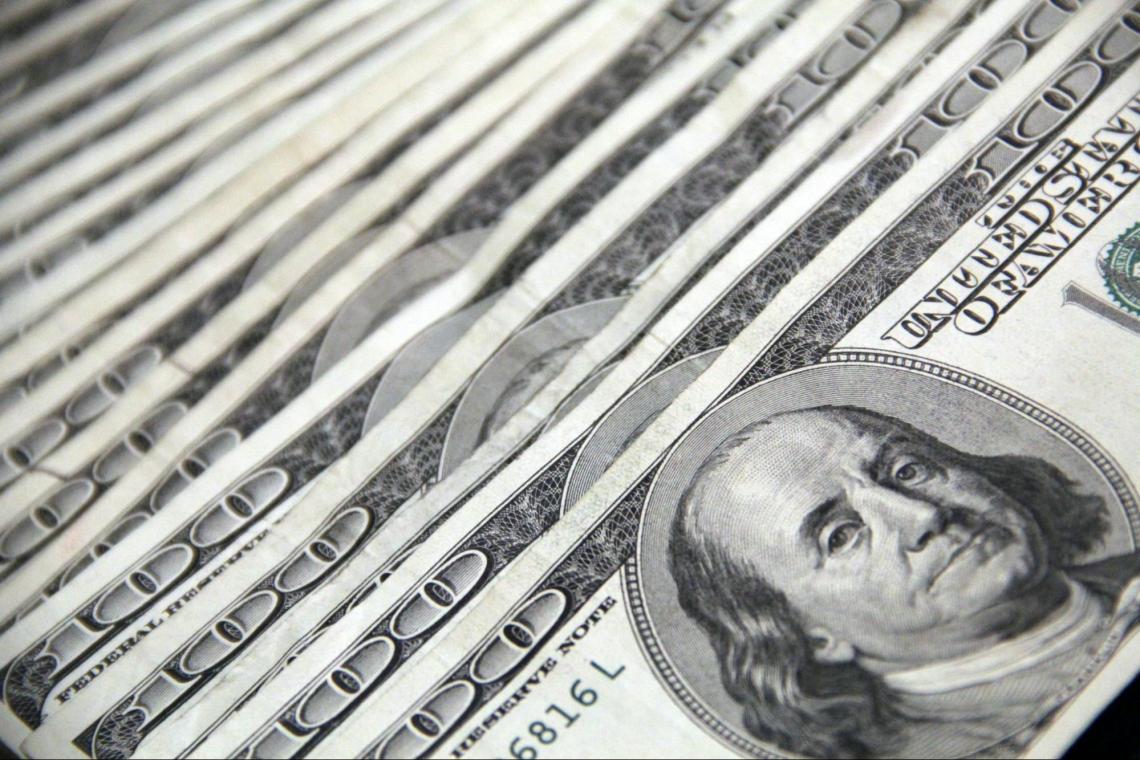 Quantitative easing is one of many monetary policies imposed by the central bank to stimulate growth within an economy.

A central bank, representing a country or union, injects liquidity into an economy by purchasing large quantities of fixed-income securities on the open market, mainly from financial institutions.

Low-interest rates facilitate spending and investments, as savings interest will be minimal.

Oppositely, quantitative tightening (QT) is where the money supply within an economy is gradually constricted. This is usually enacted when a currency's value depreciates, and inflation rises rapidly.

What role do central banks have in monetary policy? 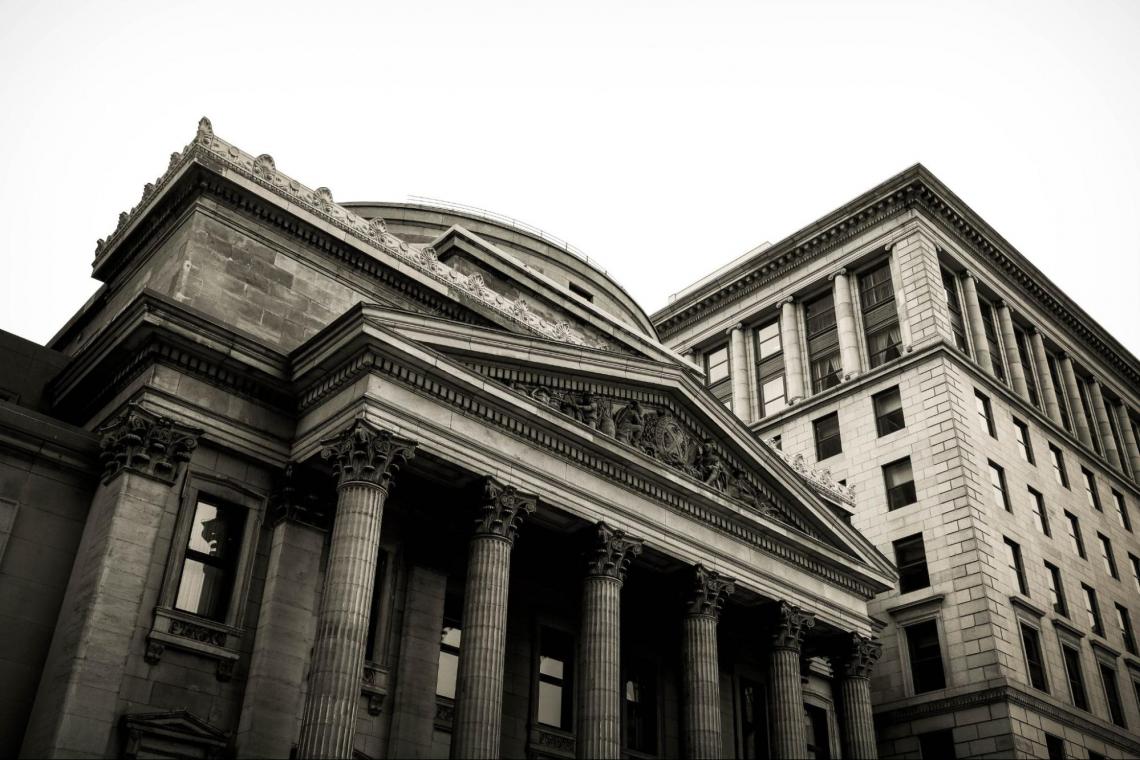 They manage these variables by controlling the circulating supply of money to influence the spending and borrowing behaviors of the population.

Open market operations (OMO) is a monetary policy tool central banks use to influence interest rates by balancing liquidity with government bonds. QE is an unconventional method of using OMO as a more extensive measure.

Commercial banks deposit a proportion of their funds into their allocated reserve, known as a reserve ratio. The ratio, determined by the central bank, acts as a precautionary measure in the event of a mass withdrawal demand by customers. 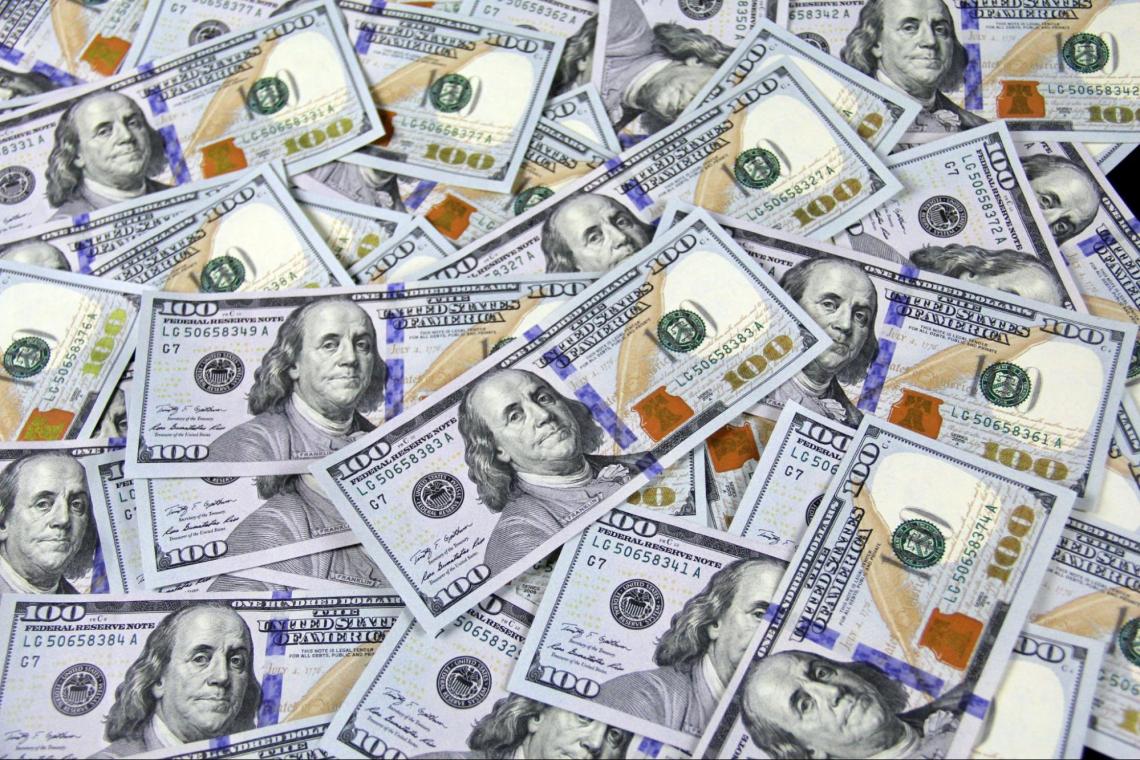 The reserve ratio can be raised or lowered, affecting a bank's available funds and, therefore, its capacity to lend money.

If a bank requires funds due to a shortfall in their reserve deposit, they can borrow from either the federal reserve or other banks with an excess federal reserve with added interest.

Borrowing from the federal reserve is not advised and is a last resort. However, if a bank's reserve is below requirements and no other bank can help fulfill the task of loaning money, the Fed will provide a collateralized loan.

The central bank's rate is the "discount rate" and is normally higher than the federal funds rate on moderate borrowing from the central bank.

The federal funds rate is usually influenced by the discount rate, amongst other factors, to determine the interest on borrowing between banks. This ultimately affects interest rates set by the banks to consumers.

When the federal rate is zero, it lowers interest rates and promotes borrowing and spending.

Purchased fixed-income securities are added to the central bank's balance sheet, containing the total of all assets and liabilities.

Assets include bonds purchased, whereas liabilities associated with the currency in circulation consist of bank and US treasury reserve deposits, tangible dollar bills in circulation, including overseas, and reverse repurchase agreements.

Bonds can be resold to financial institutions on the open market or held until they mature to the full term, allowing them to run off the balance sheet.

Running off the balance sheet allows the gradual removal of money from circulation as interest and principal payments for the bonds are acquired by the Federal Reserve.

The US has accumulated $9 trillion on its balance sheet from QE measures, primarily from the 2008 financial crisis and the 2020 coronavirus pandemic.

Japan was the first country to introduce quantitative easing as a monetary policy from 2001 to 2006 to combat the difficulty it faced with stagnation.

Before using QE, Japan had provided fiscal stimulus during the 1990s, worth upwards of $1.3 trillion, to increase sovereign growth after it had experienced an economic bubble, but the program did not succeed. 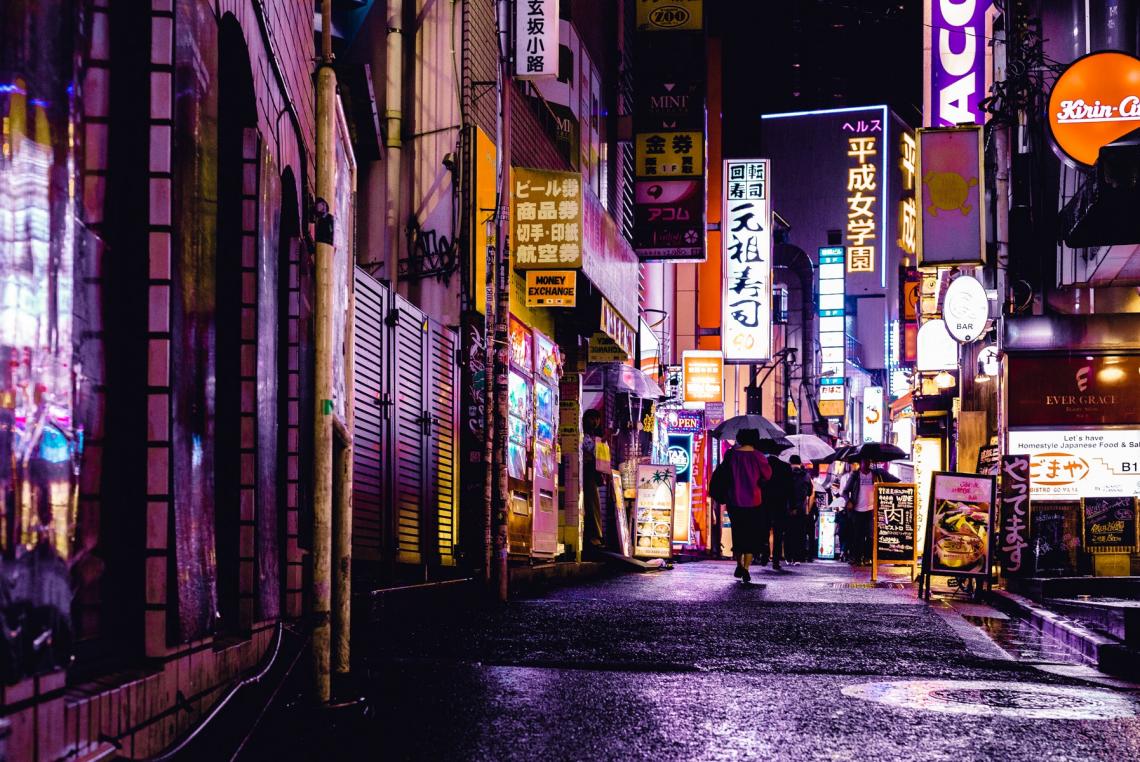 Quantitative easing was successful as growth remained steady in Japan up until the financial crisis. After that, further monetary policies, such as negative interest rates and quantitative and qualitative monetary easing (QQE), failed to stimulate growth.

Japan has accumulated significant debt relative to its gross domestic product (GDP), calculated at 258% in 2020. For reference, the US recorded a debt-to-GDP ratio of 123% in Q4 2021, elevated by the debt accumulated during the pandemic.

Every percentage point above 77% on a nation's debt-to-GDP ratio reduced economic growth by 0.017%. Higher ratios make it harder for countries to service their debt as it exceeds their output or GDP, making future economic growth and returns less obtainable.

Numerous economies fell into a recession due to the housing bubble, requiring the US, UK, and European central banks to deploy QE to shield their nations from the impact. 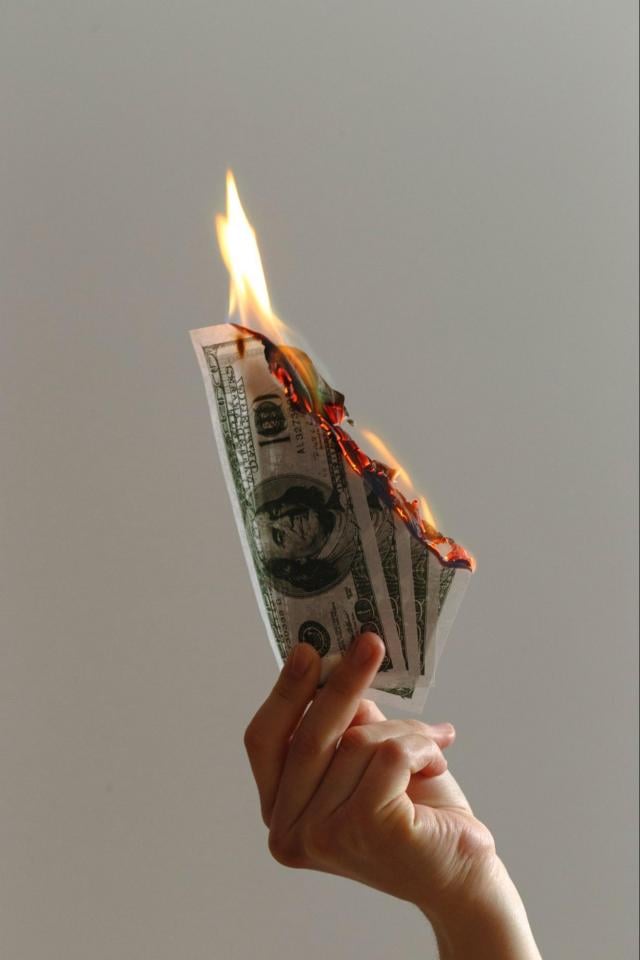 The mass default of subprime bonds caused by the negligence of financial institutes induced stricter regulation in the financial sector.

The financial markets had many subsequent effects on investors and companies. Many banks lost great sums of money, relaying the loss of jobs and homes and requiring the government to bail them out to restore order.

Consumer confidence was low, causing people to hold onto their money rather than spend and invest in what was thought to be a doomed economy.

The Federal Reserve (Fed) plans to buy $4 trillion worth of assets between 2009 and 2014 to relieve its economy and restore jobs and faith. As a result, the federal rates were changed to zero, making borrowing easier.

Many jobs and businesses were affected during the pandemic, as the virus prevented individuals from working. In addition, stimulus packages were distributed to individuals of the population categorized as the worst impacted. 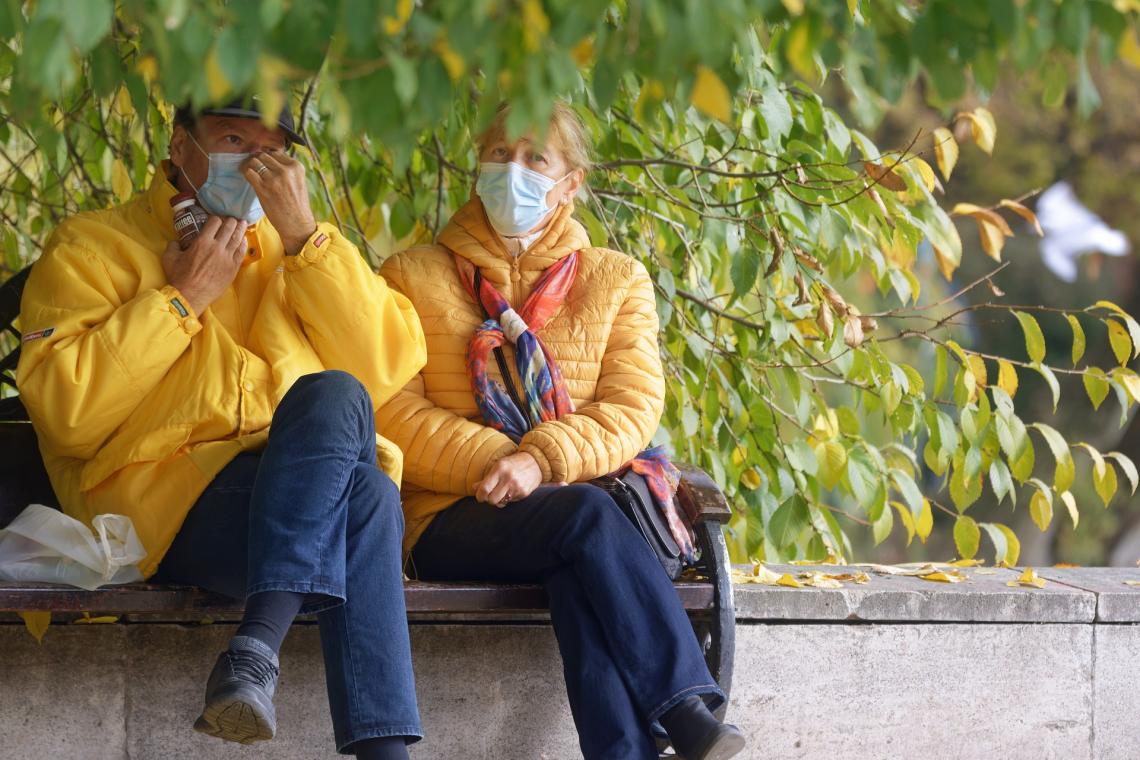 Supply and demand problems were consistent during the lockdown, making it harder for companies to determine sales and logistics, causing businesses to lose revenue and restrategize.

Reduced consumer spending had dampened economic activity due to the limited products and services that had once thrived pre-pandemic, such as travel and retail. In addition, more people started working from home and built a healthy savings balance with fewer spending incentives.

Altogether, these factors were enough for central banks to implement QE.

In March 2020, the Fed announced it would purchase treasury bonds and mortgage-backed securities (MBSs) at a total value of $700 billion over the next several months to reinvigorate the economy.

How does QE impact the economy and equity markets?

As central banks repurchase long-term government bonds and MBSs, the debt market is isolated more than the equity market. In addition, an influx of liquidity and settling interest rates make the debt market less appealing for investors looking for more significant returns.

A sentiment of companies performing well during QE is materialized by investors purchasing a large volume of high-risk investments in the hopes of larger returns.

However, the elevated price of the stock may not reflect the true valuation of the company but the result of a surge of investors causing demand for the stock. 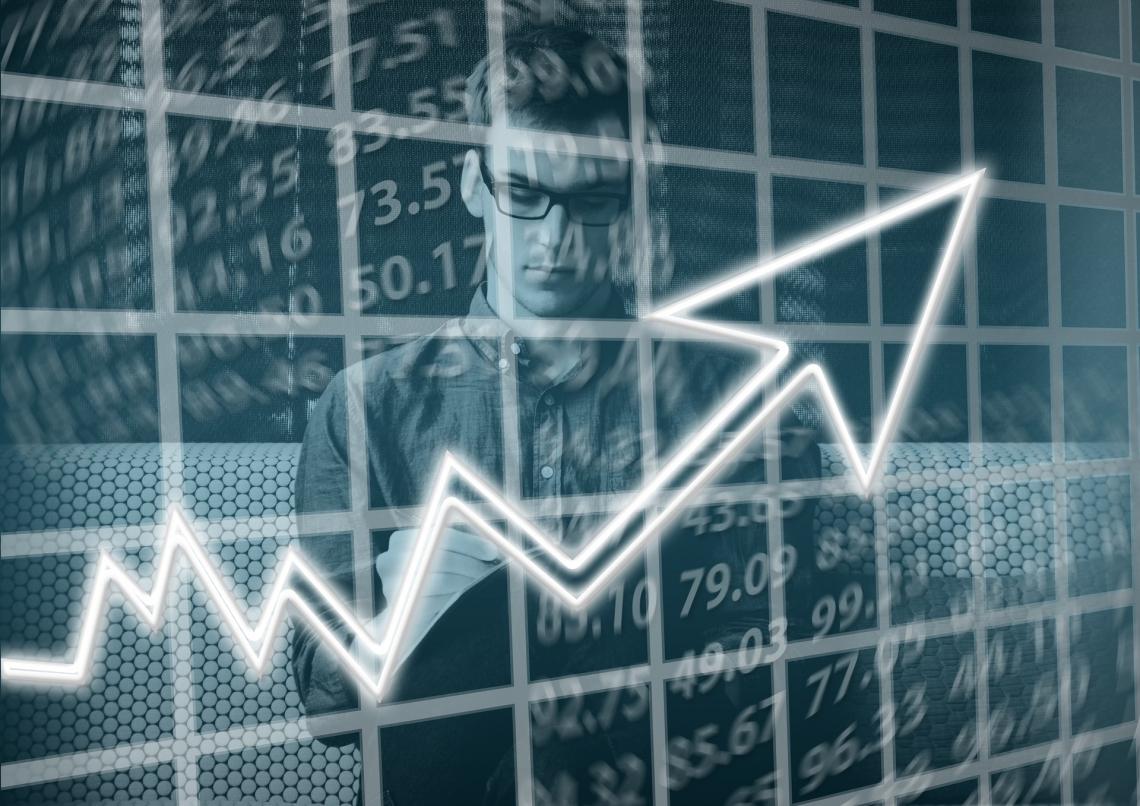 The price of properties increases, the following demand, as more people seek to buy a house when interest rates are low. This is because it is easier to secure a favorable mortgage.

The domestic currency devalues with the increase in money supply, making stocks and imports more attractive to foreign investors as the exchange rate makes purchases cheaper.

Gross domestic product (GDP) benefits from the devaluing of the local currency since it increases demand and raises employment as businesses adapt to the high demand.

Local exporters benefit as they can accept foreign currency, which has gained strength against the local currency, helping to alleviate expenses.

On the other hand, imports become more costly, which could direct businesses to find domestic alternatives for supplies or erect new businesses to fill the demand, promoting national growth.

Is it used for government deficit spending?

Politicians and the state central banks are separate bodies under the government. Politicians focus on fiscal policy, which includes taxation and public spending, whereas the central bank focuses on monetary policy to control inflation. 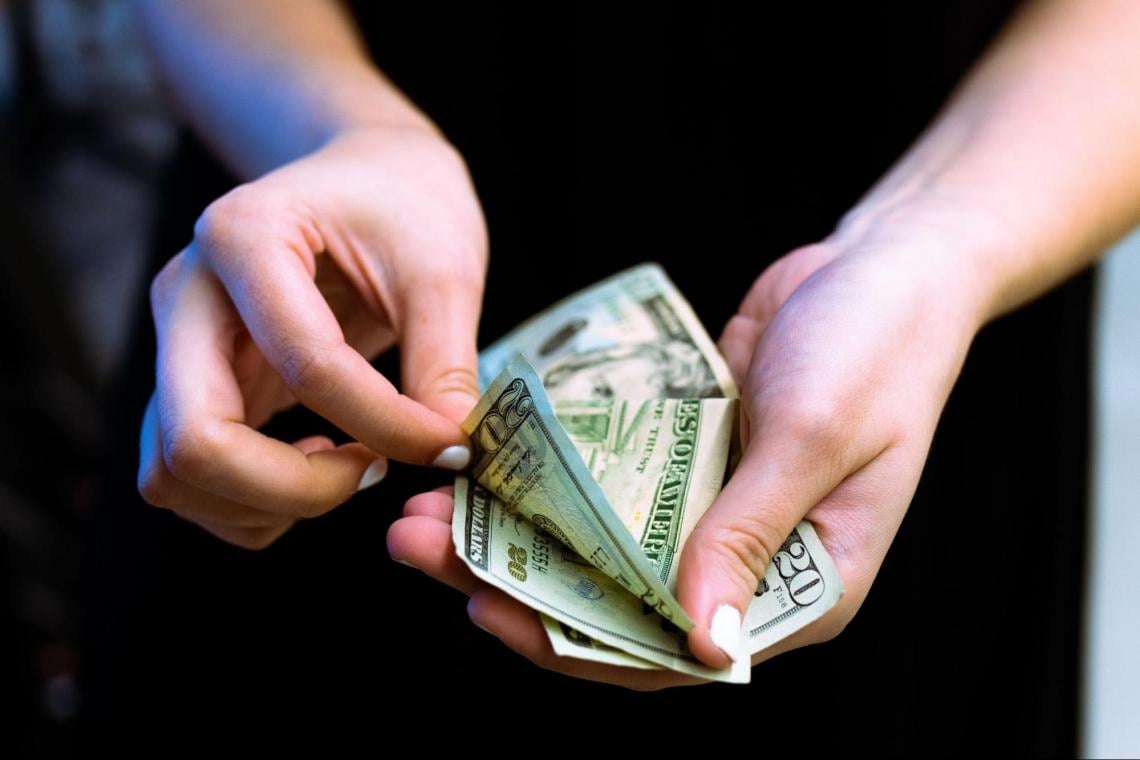 The central bank is prohibited from directly financing government debt and spending. The central bank, however, can purchase government bonds from financial institutions to govern monetary policies in favor of the economy.

To help finance public spending and reduce a government deficit, the Department of the Treasury can issue new Treasury bonds into the open market and auction them to financial institutions.

The Federal Reserve can inadvertently provide relief to government debt by processing matured treasury bonds without requiring payments as they are both government entities. Instead, it is canceled from the balance and removed from circulation.

However, its sole focus is monetary policy; therefore, this method can only be considered if inflation is too high.

Does it involve printing money?

Critics would debate quantitative easing as a form of money printing, as new money is introduced into the economy by the central banks capable of bringing money into existence. 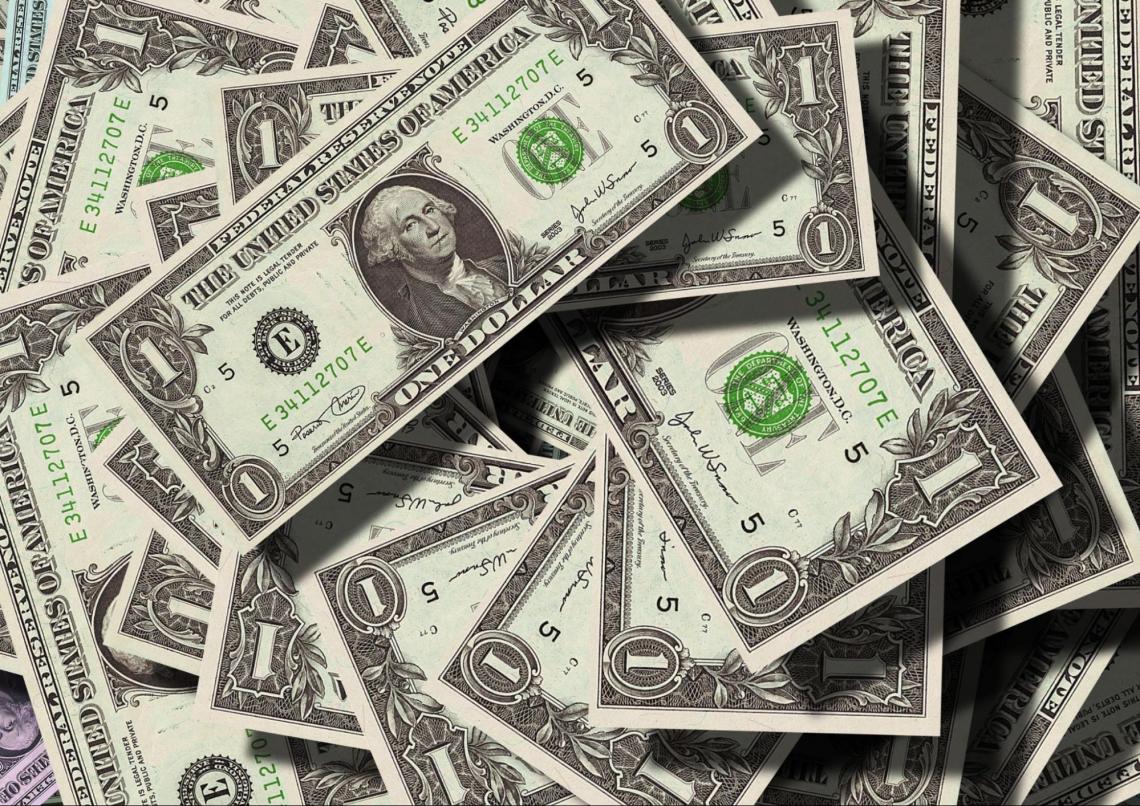 However, money is primarily formed through bank deposits in the modern economy. When the bank lends money to an individual, the balance that enters their bank deposits is largely newly created money.

One of the biggest misconceptions about banks is that deposits of other individuals are used to finance loans issued. Instead, bank deposits are merely used to exchange between accounts for products and services, whereas "new money" is essentially given out in the form of loans based on the reserve ratio.

The issuing of loans creates a debt that counts as an asset to the bank and a liability to the borrower. The bank can sell the asset to investors on the secondary debt market.

Does it cause inflation?

QE promotes inflation and can have a positive impact when moderated. Inflation, or the rate of inflation, is the rate at which money decreases in purchasing power due to economic growth, relating to many points about the devaluing of a currency. 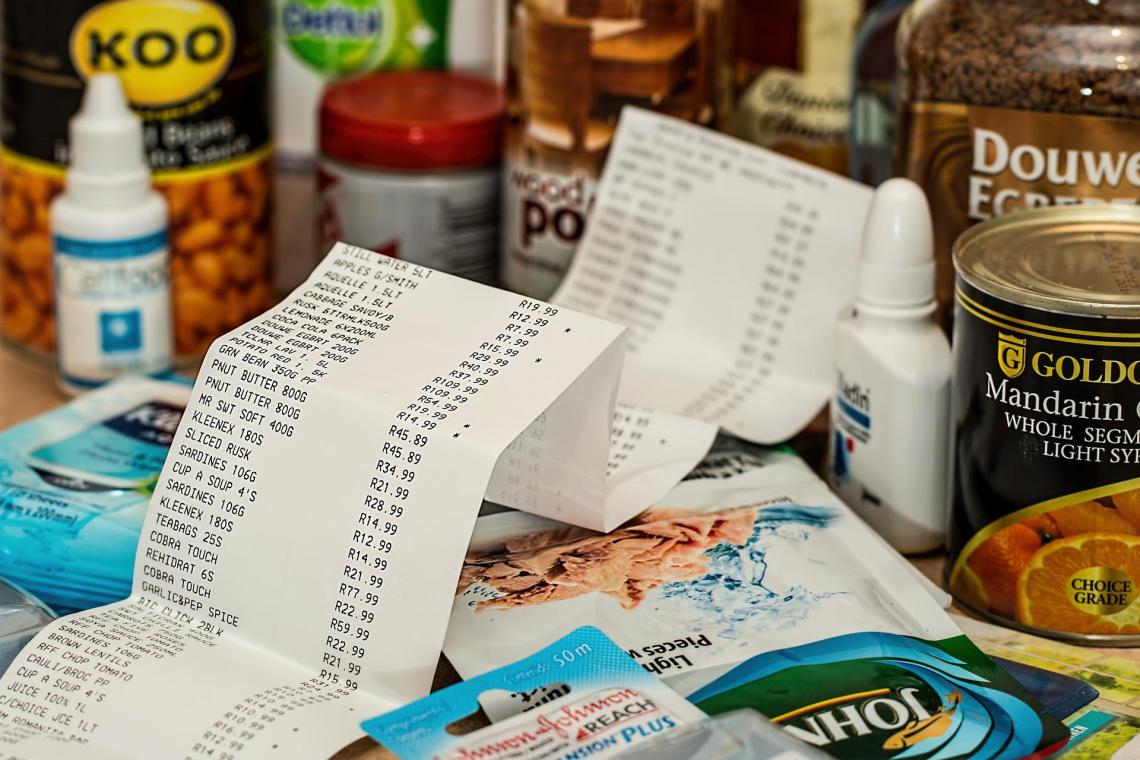 Many central banks set a target rate of 2% inflation is considered stable and would maintain steady growth.

Introducing a large amount of money into an economy over a short period reduces the currency's value and diminishes its purchasing power.

As growth increases demand, the price of resources and products increases. Equally, individuals must be able to afford inflated product and service costs. Therefore wages must increase in line with price increases.

This can have a significant impact, as many companies that increase the wages of all employees may not be meeting the growth of well-performing companies. This means they will have to elevate their prices to accommodate the development of the economy.

This can cause hyperinflation if the sequence above iterates, allowing the currency to lose value quickly and jeopardizing the economic infrastructure.

QE is thought to create an asset bubble due to wealthier populations being more educated in personal finance as they possess significant capital to invest. This also makes them desirable clients for financial institutions.

They will benefit the most from QE, achieving larger economic growth returns than the lower-income population. 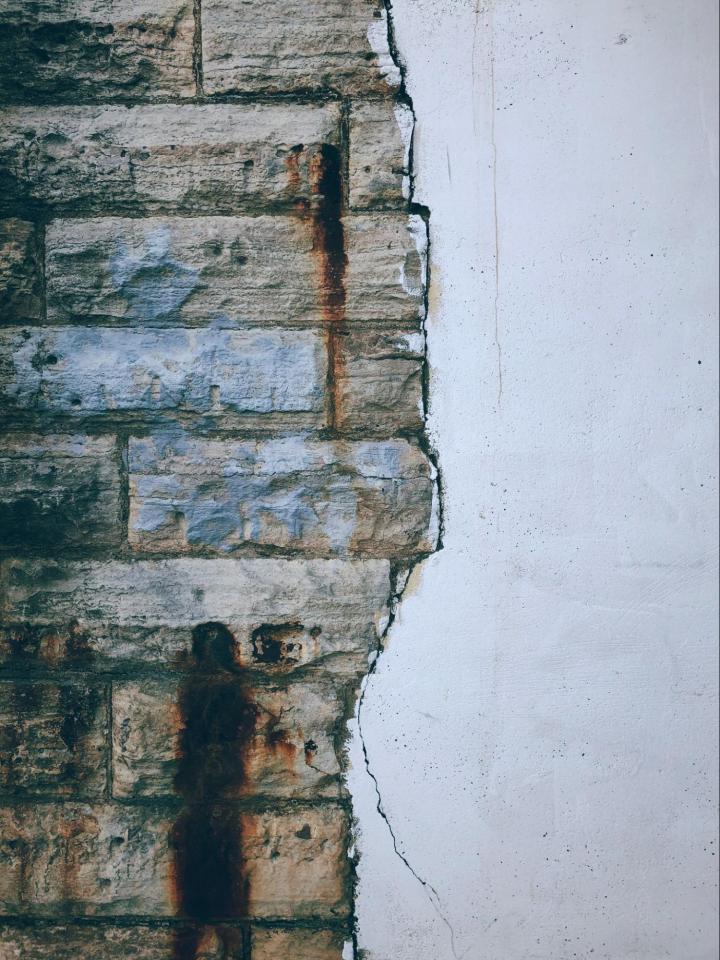 Lower-income communities earn less money and are less educated in personal finance. As a result, they do not have the finances to invest for future growth, as a large margin of their income is spent on essential living costs.

The central banks do not have an infrastructure that targets disadvantaged individuals or businesses. Instead, they provide liquidity to banks, which act as intermediaries for people to borrow.