In the financial and investment industry, a fallen angel is a bond that was once rated as investment-grade but has since been downgraded to junk bond classification. 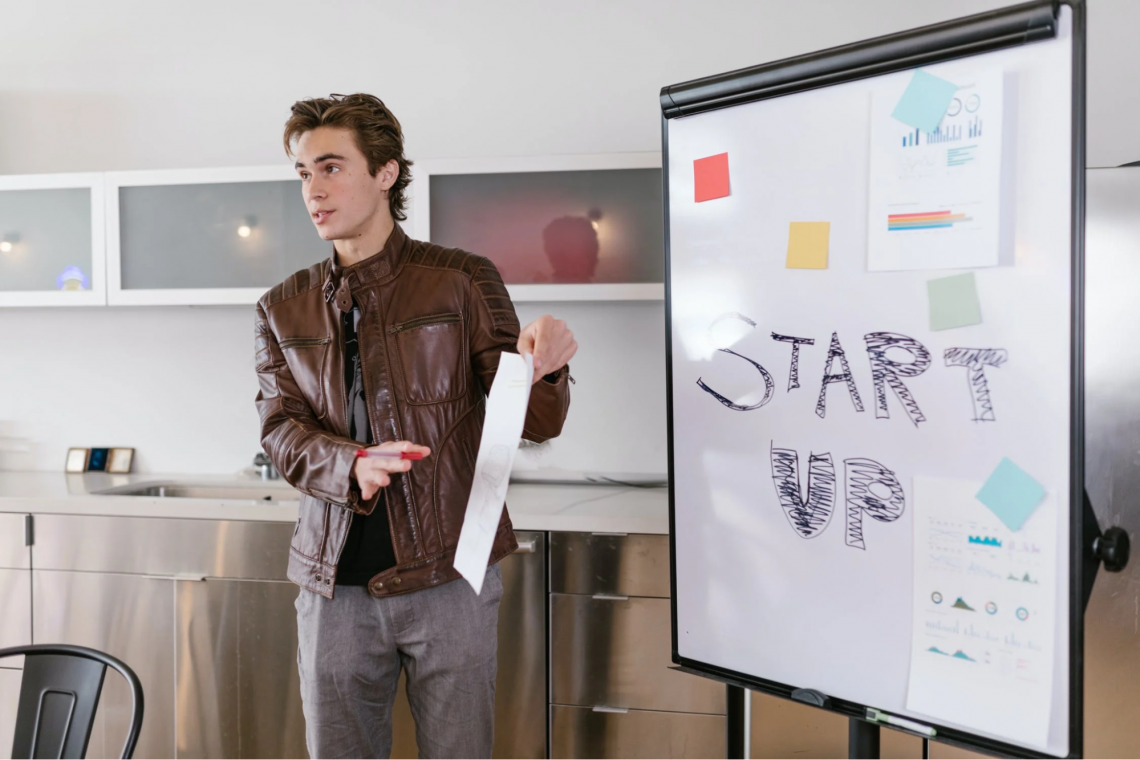 The issuer's financial status has deteriorated, resulting in the downgrading. The word also describes a commodity or stock that has dropped dramatically from its all-time highs.

One of the main rating firms, including Standard & Poor's, Fitch, and Moody's Investors Service, has downgraded their bonds. The bond might be business debt, municipal debt, or governmental debt.

These bonds have been demoted to low status since the issuer faced financial difficulties. Its bonds provide larger yields than investment-grade bonds, but they are riskier.

Certain bond funds and ETFs are devoted to these types of bonds.

The fundamental cause for a downgrade is a fall in revenues, which compromises the issuers' ability to pay bond interest. When diminishing income is paired with rising debt levels, the likelihood of a downgrade rises considerably.

The securities of a fallen angel are sometimes appealing to contrarian investors looking to benefit from a company's ability to return from a momentary setback.

In such cases, the downgrade process often begins with the firm's debt being put on a poor credit watch. Many portfolio managers holding these securities are forced to liquidate their positions because regulations restrict them from keeping such high-risk debt.

Price volatility is higher with fallen angels. The market typically sells them off in bulk before a predicted downgrading. 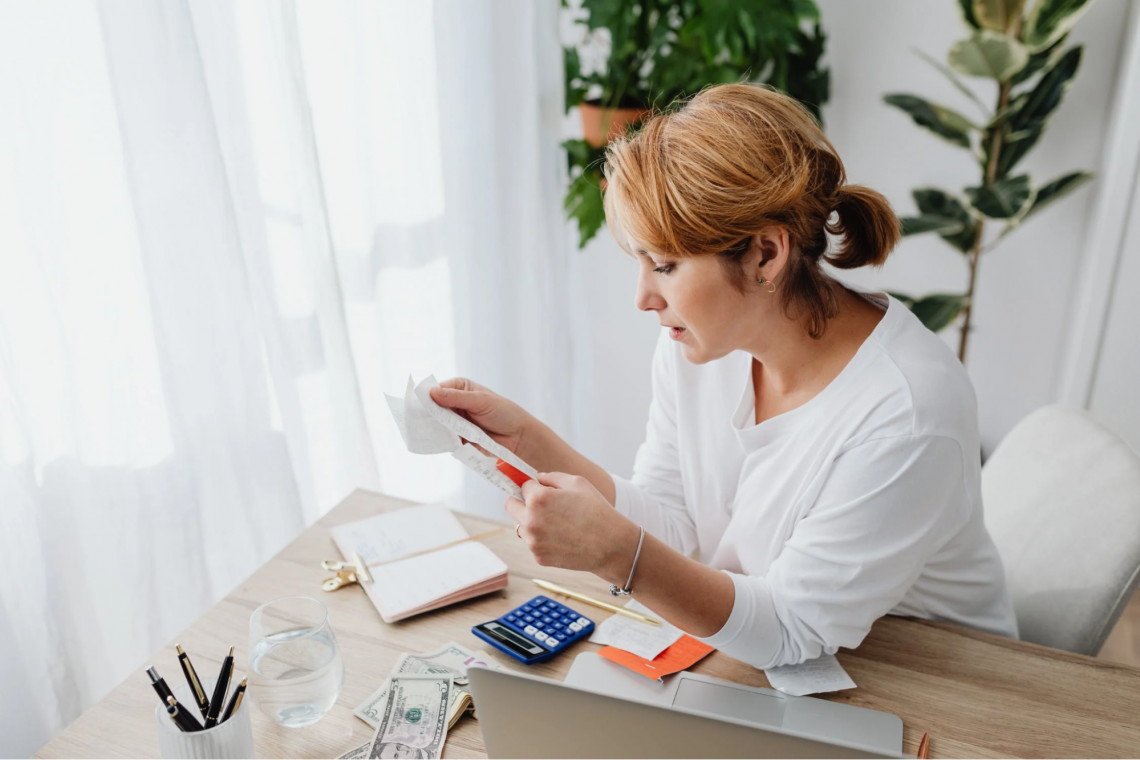 Following a downgrading, prices frequently rise as many investors rush to purchase these bonds for speculative objectives.

Investors anticipate making profits if the company recovers from financial difficulties and sees its rating restored.

Compared to other original-issue junk bonds and junk bond indexes, these bonds have a higher credit quality. Approximately 75% of these bonds classification are BB-rated and, hence, have a reduced credit risk.

The average annual default rate for such bonds is 3.51%. This compares well to 4.51% of new high-yielding bonds and 4.22% of all high-yield bonds.

In some cases, these bond issuers may not be able to rebuild their losses or restart their businesses.

For example, if a company's sales are dropping owing to the entrance of superior offerings into the market, their business may disappear entirely.

One example would be the transition from VCR tapes to DVDs to streaming video, resulting in the abolition of VCR cassettes and the decimation of DVD usage.

Although fallen angels include equities whose prices have plummeted, there is a distinction between their bonds and value stocks. Value equities can recover from brief issues, but assets on the verge of losing money do not.

The securities are sometimes appealing to contrarian investors looking to profit from the issuer's possible rebound from a momentary setback.

Recovering from a Fall

The following factors are most frequently associated with the recovery: 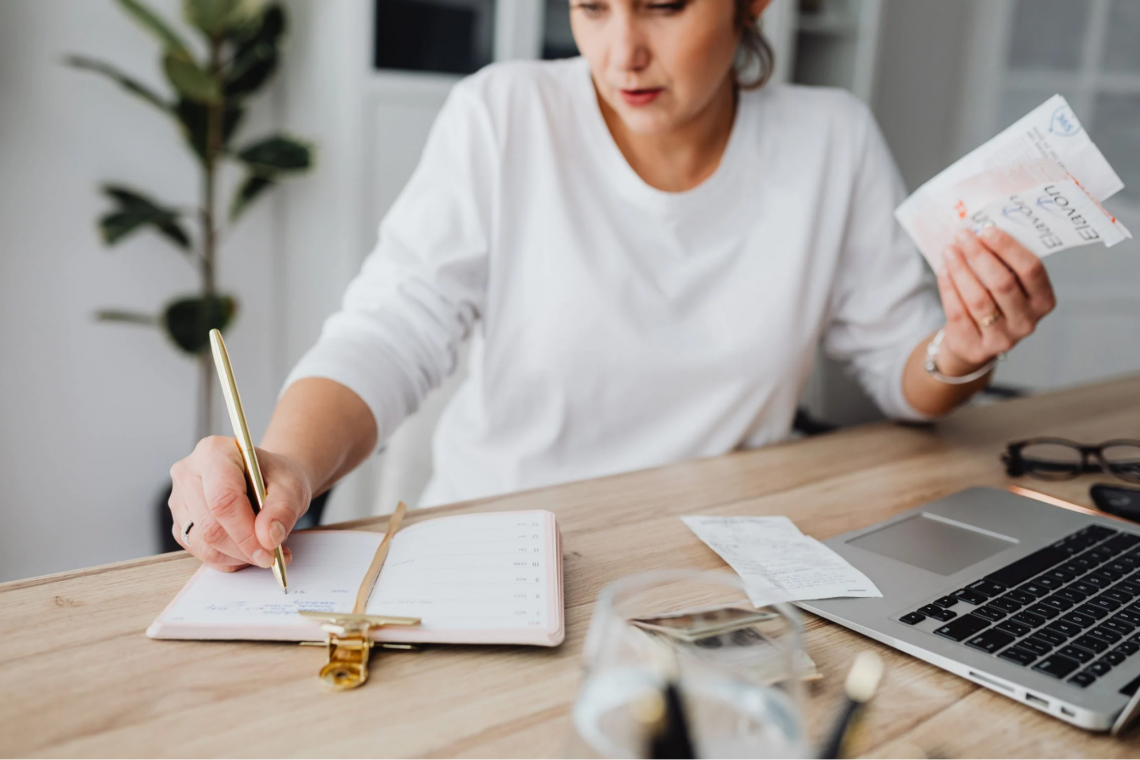 1. Changes in the business's division/segment

Due to the underperformance of various sectors of its company, an entity's credit rating may be reduced. In the instance of Nokia, for example, the telecommunications equipment business section earned more revenue than the portable devices segment.

Nokia could not earn significant income from its handheld devices sector due to the advent of more advanced smartphones by competitors such as Microsoft, Samsung, and Apple.

Nokia instead focused on developing the telecom equipment business after selling the portable devices division to Microsoft.

A company's resource expenditures can be reduced by negotiating lower supplier costs. This may involve terminating the employment of those whose contributions to the manufacturing process are less vital.

Some of the manufacturing processes may be automated, reducing the number of personnel assigned to these departments. A company might also cut benefits such as pensions or healthcare commitments until it has fully recovered. 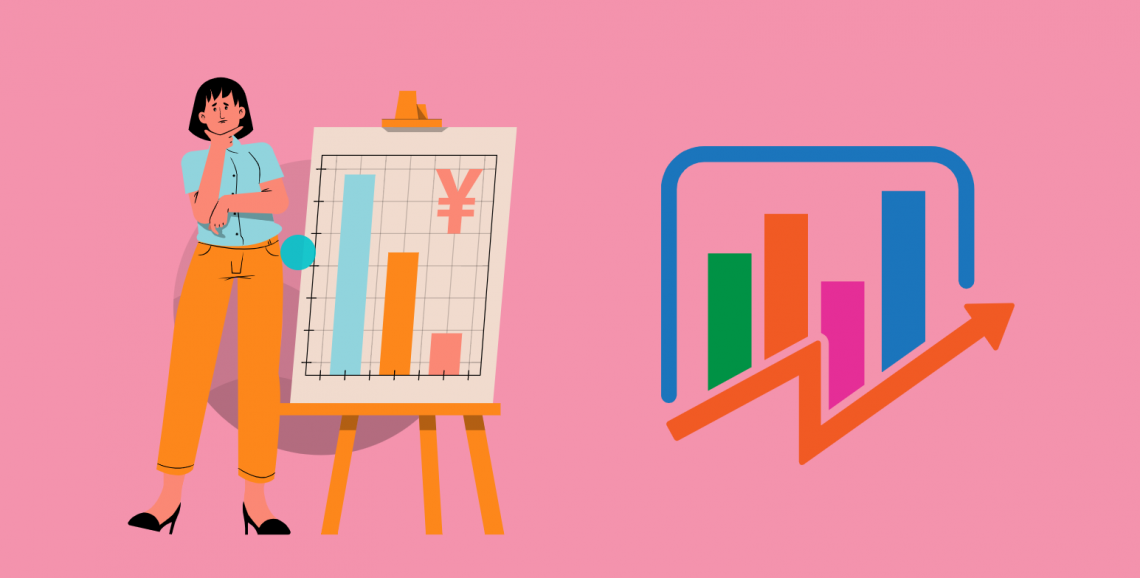 3. Changes in the capital usage structure

This technique tries to minimize capital deployments to less lucrative areas and make better use of capital. This technique was employed by the American International Group (AIG) to stay afloat during the 2008 financial crisis.

To increase its revenue base, the corporation increased capital allocation to the most efficient business sectors. It also sold some of its holdings to obtain extra funds. AIG utilized the funds to repay the federal bailout money it had received.

The Implications of Investing in Fallen Angels

Investment-grade bonds are lowered to junk bonds owing due to the issuer's inability to pay interest dues to diminish the price of the company's bonds. This attracts contrarian investors who trust the company's ability to cope with a temporary reversal.

However, not every business can withstand such losses, which may be caused by a shift in client preferences or any other long-term consequence.

In such instances, investors in these enterprises must incur a significant loss. There is usually a high amount of risk associated due to the financial status of the issuing corporations. 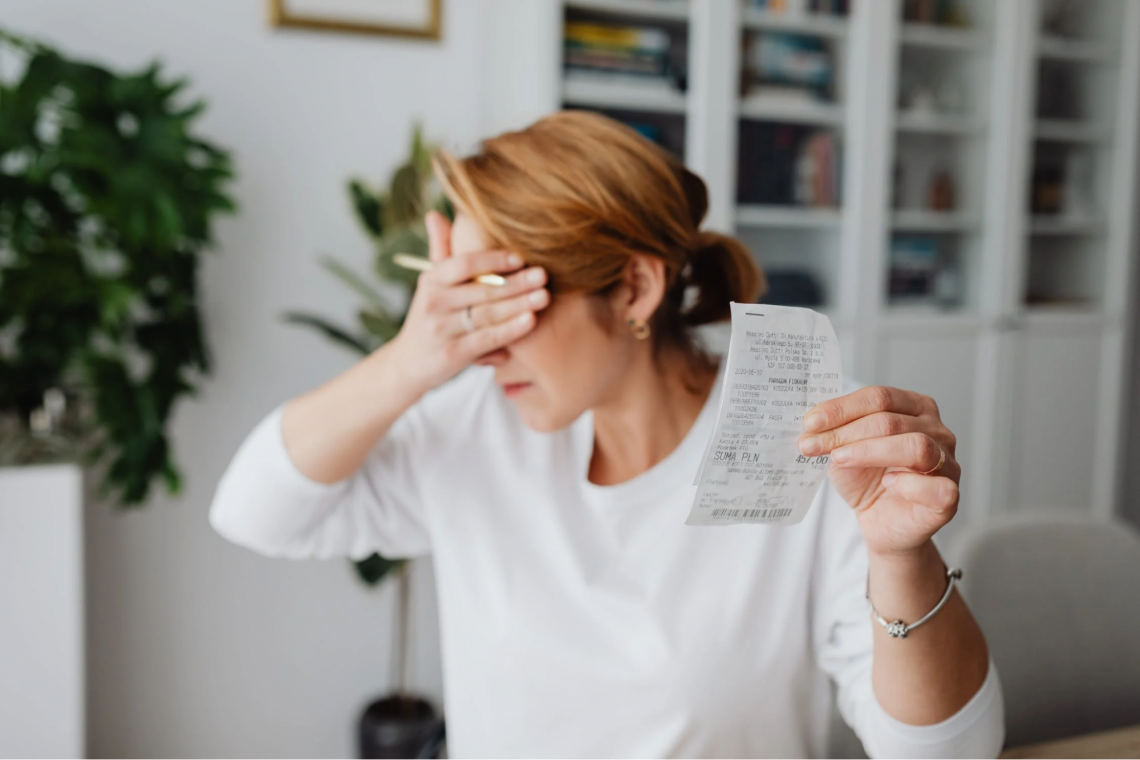 Owing to the heightened risk of default, an oil business with persistent losses over multiple quarters due to dropping oil prices may have its investment-grade bonds reduced to junk status.

As an outcome of the downgrading, the company's bond prices will fall, and its rates will rise. This makes them appealing to investors who perceive the cheap price of oil as a fad.

Some fallen angels never return. For example, if a product superior to theirs enters the market, a company's sales will fall. If the firm fails to evolve, it will not return.

As debt repayments cut into diminishing income and additional bonds are offered to fill the gap, these factors can generate a downward cycle toward default.

That regional or national government will likely skip a payment sooner or later. 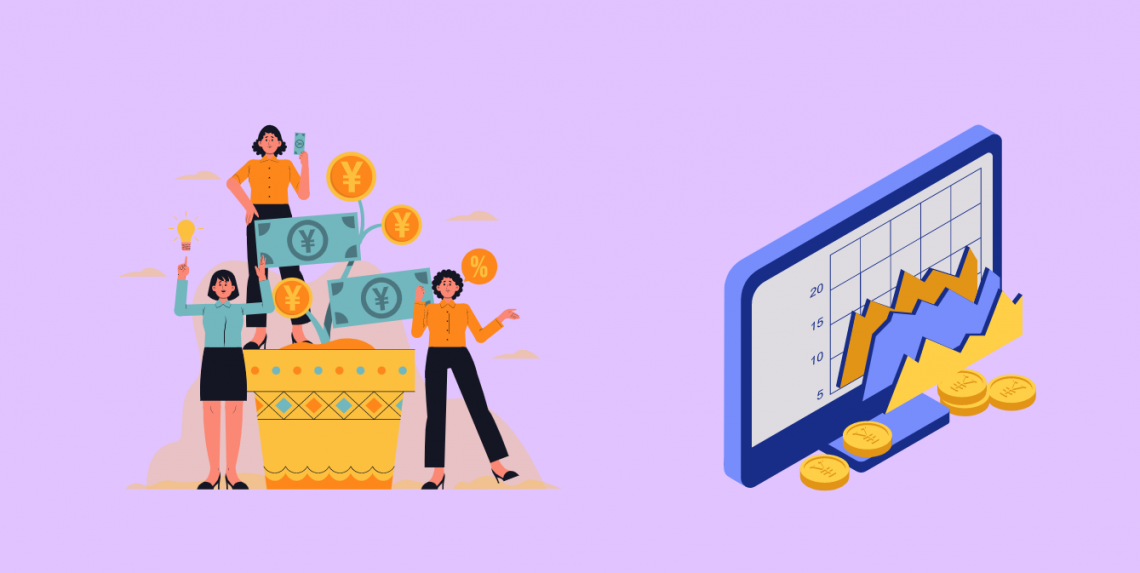 Tremendous risk and high profit go hand in hand. These bonds are fraught with danger, and any investor considering investing in them must have this in mind.

However, if the investor is willing to incur risks, they might earn a high rate of return; it is similar to gambling in that it draws speculators.

An investor can profit by investing in such bonds shortly before or after they depreciate since the values of these bonds are at their lowest during this period.

When the angel recovers, prices rise, resulting in investor benefits. As a result, having in-depth knowledge of the market and suitable scenario analysis may assist a person in earning more. There is always the possibility of a life-changing opportunity being a decision away.

Fallen angels are investment-grade bonds that have been reduced to junk bond status due to a decline in the issuer's credit rating.

On the other hand, rising stars are bonds that were formerly labeled speculative grade but have increased in rating over time. They are comparable to investor bonds and are thought to have a lower risk of default.

Most rising star bonds can be issued by newer companies that lack a track record of existing debt repayment for rating agencies to evaluate.

A firm frequently becomes an angel due to internal challenges or the industry in which it works. An industry may have gone out of style, or acceptable levels of risk on KPIs for the firm or sector may have been re-evaluated.

Finding one at the correct moment of the market cycle may be quite profitable when it comes to a rising star bond. Rating increases often reflect internal organizational changes, implying that the company is more likely to satisfy its financial responsibilities. 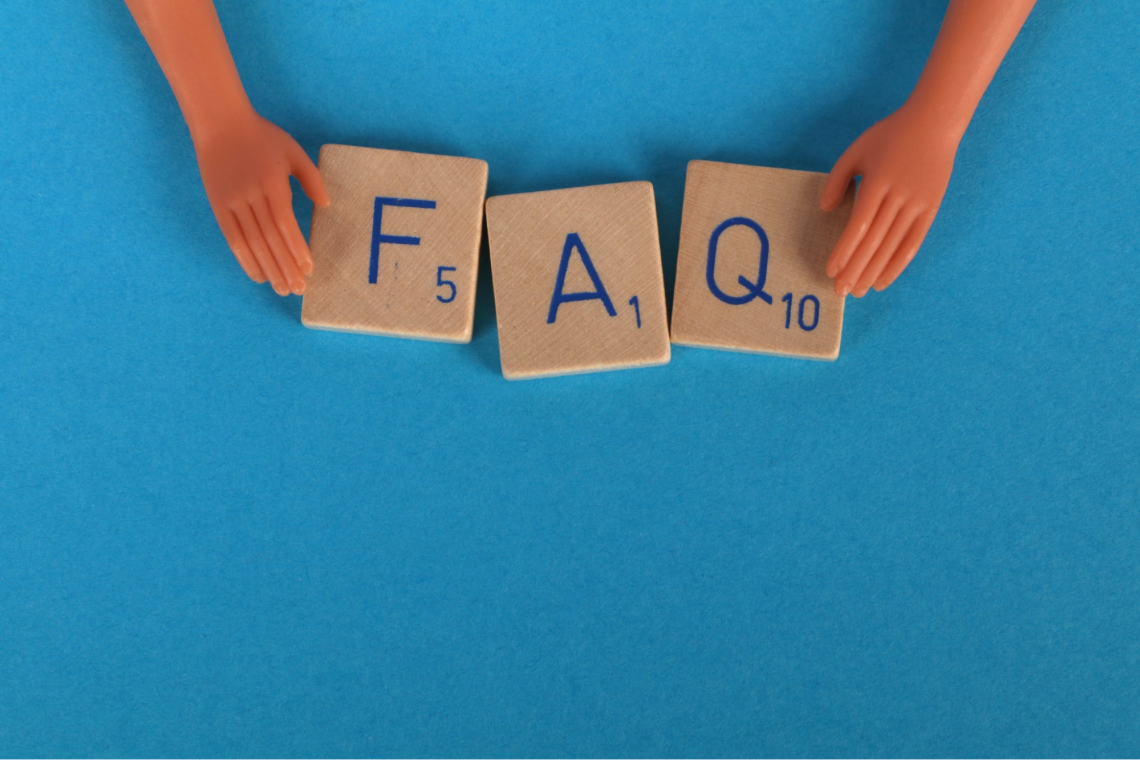 What is the difference between a fallen angel and an original high-yield bond?

What is a fallen angel ETF?

This term refers to bonds that were originally rated investment-grade but have now been downgraded to junk bond status. These bonds soared above both investment-grade and high-yield bonds during the COVID market recovery.

When should I invest in fallen angels?

When diminishing income is paired with rising debt levels, the likelihood of a downgrade rises considerably. These bonds are sometimes appealing to contrarian investors looking to benefit from a company's ability to return from a momentary setback.

What must happen for a bond to be called a fallen angel?

It is a company that has been demoted from investment-grade to junk by at least one of the three main credit-rating agencies.