A vital event in financial history, which set up the United States dollar as the dominant reserve currency.

The Bretton Woods Agreement was a vital event in financial history, which set up the United States dollar as the dominant reserve currency 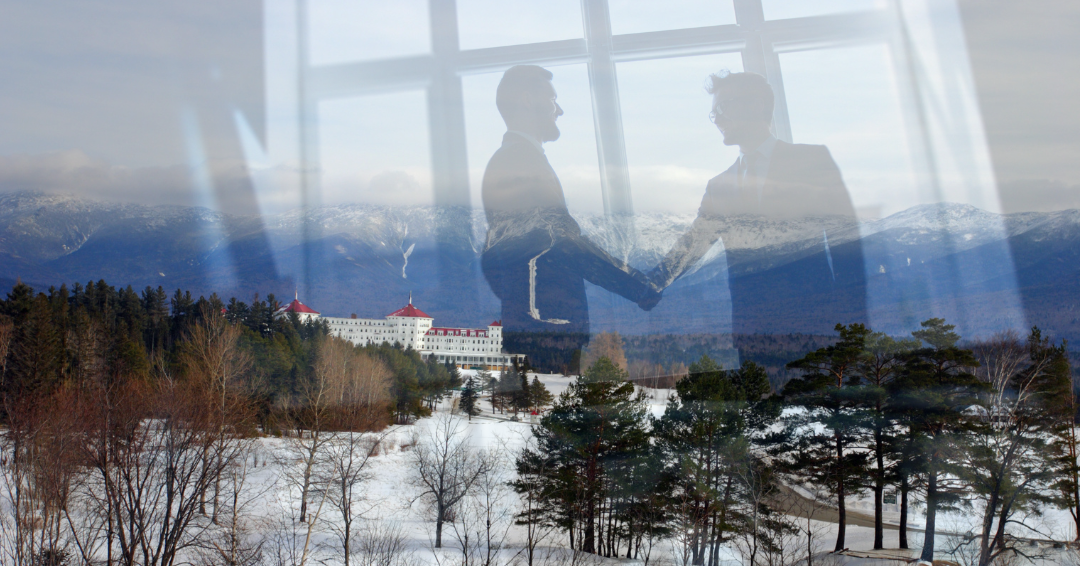 The Bretton Woods System brought about many different systems, allowing for the cultivation and expansion of the global foreign exchange market.

It laid the eventual groundwork for countries to better understand the weight of their own country's currency related to other countries' currencies and how different times can affect them in different ways.

The Bretton Woods Agreement was created during a conference that took place in Bretton Woods, New Hampshire, in 1944.

The conference had 703 delegates from 44 countries around the world. The goal was to unify and understand different countries' currencies and how they correlate to each other around the world. Through this process, they aimed to also provide a foundation for stable economic growth.

Some of the most notable countries in attendance were the United States, Canada, Australia, Japan, and many Western European countries.

What is the Gold Standard?

Let's start by explaining what the gold standard is, as it can get confusing, especially in the context of the Bretton Woods Agreement.

The gold standard is the concept that for every issued unit of currency, the government holds an equivalent in gold, effectively backing it. 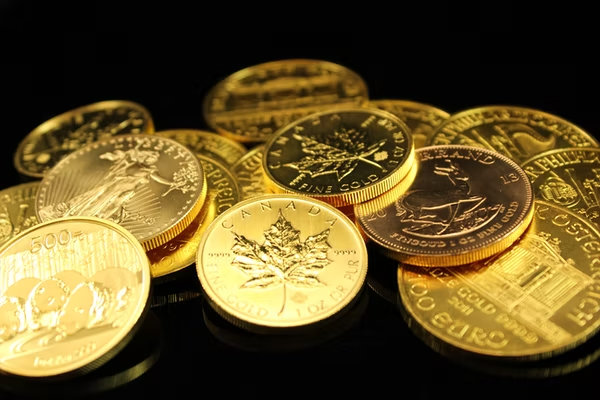 The Bretton Woods Agreement stated that the fixed rate of gold to the US dollar would be at $35 an ounce. There are many different pros and cons regarding the gold standard and how it can help or hinder economies.

Pros of the gold standard

Cons of the gold standard

Historical Context and Significance of the Bretton Woods Agreement

The world, at the time, was just recovering from World War II and had the economies of most nations that participated in the war at all-time, unprecedented lows.

The economic hole that countries put themselves in funding for the war was a large one to climb out of. 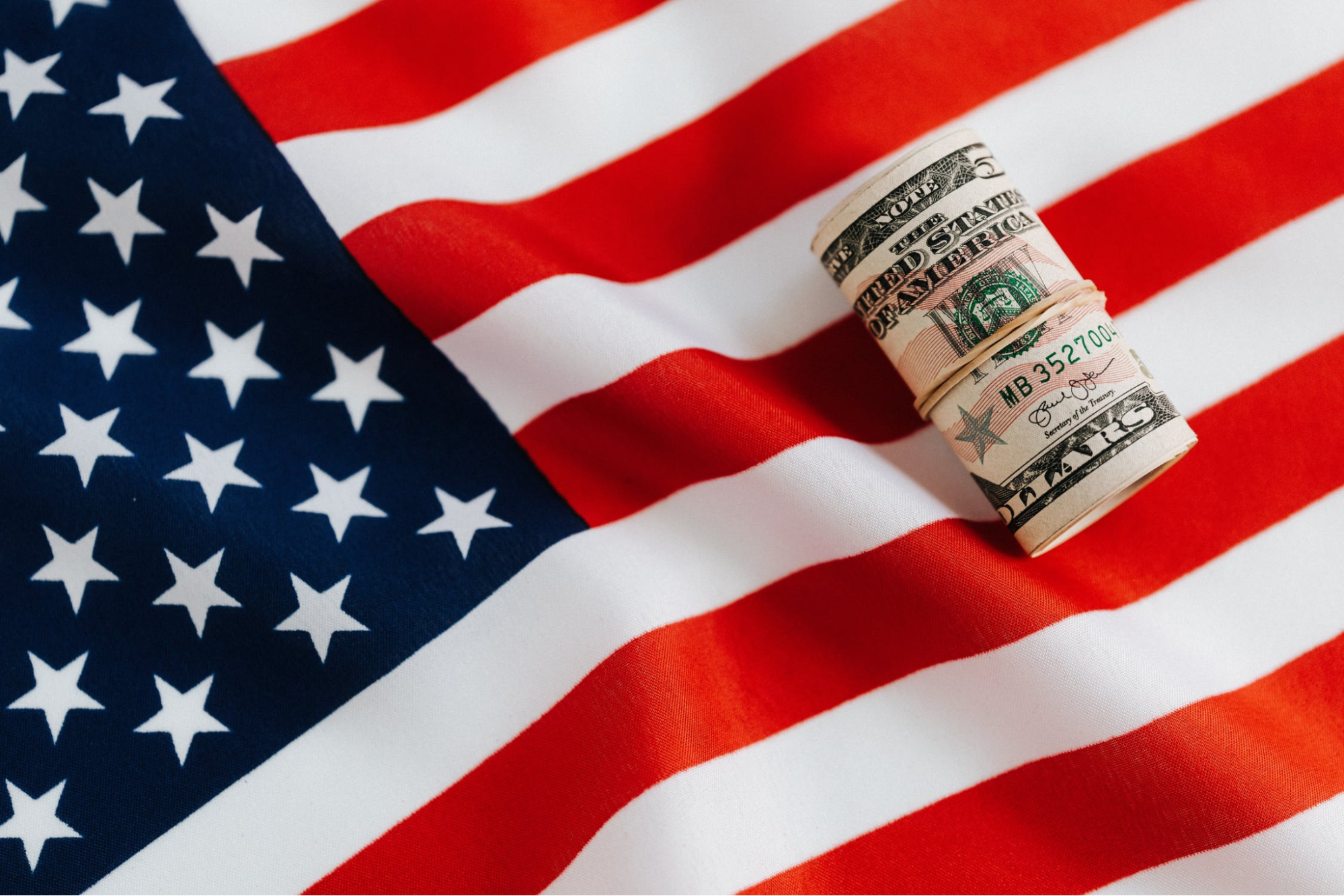 Allied nations had to find a way to resolve their economies' issues, so they met at the conference to discuss how to fix the issues causing problems for currency exchange worldwide.

The issue wasn't a lack of money or an imbalance in the monetary system but rather a lack of structure within it. They decided that a fixed system could aid global recovery.

The conference was also looking for ways to maximize potential profits through policies and regulations that would benefit the global trading system. These ideas, ensuring a structured plan was in place, were imperative at the time.

The agreement called for the newly created International Monetary Fund (IMF) to determine the fixed rate of exchange for currencies around the world.

What is a Fixed Exchange Rate?

The main purpose behind a system with fixed exchange rates is to keep the value of the currency within a narrow window, limiting serious fluctuations.

Here is a graph explaining what a fixed exchange rate would look like. 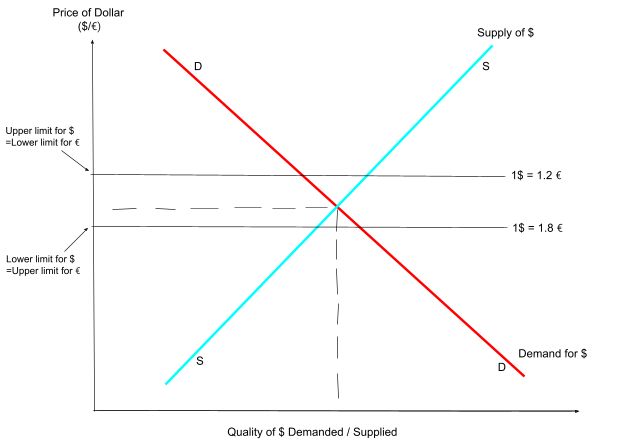 The lower and upper limits only have a difference of about 0.6 euros per dollar, which would inevitably be the window of difference between the U.S. dollar and any other currency.

This diagram is a simple supply and demand chart that you would typically find in your macro or microeconomics class. 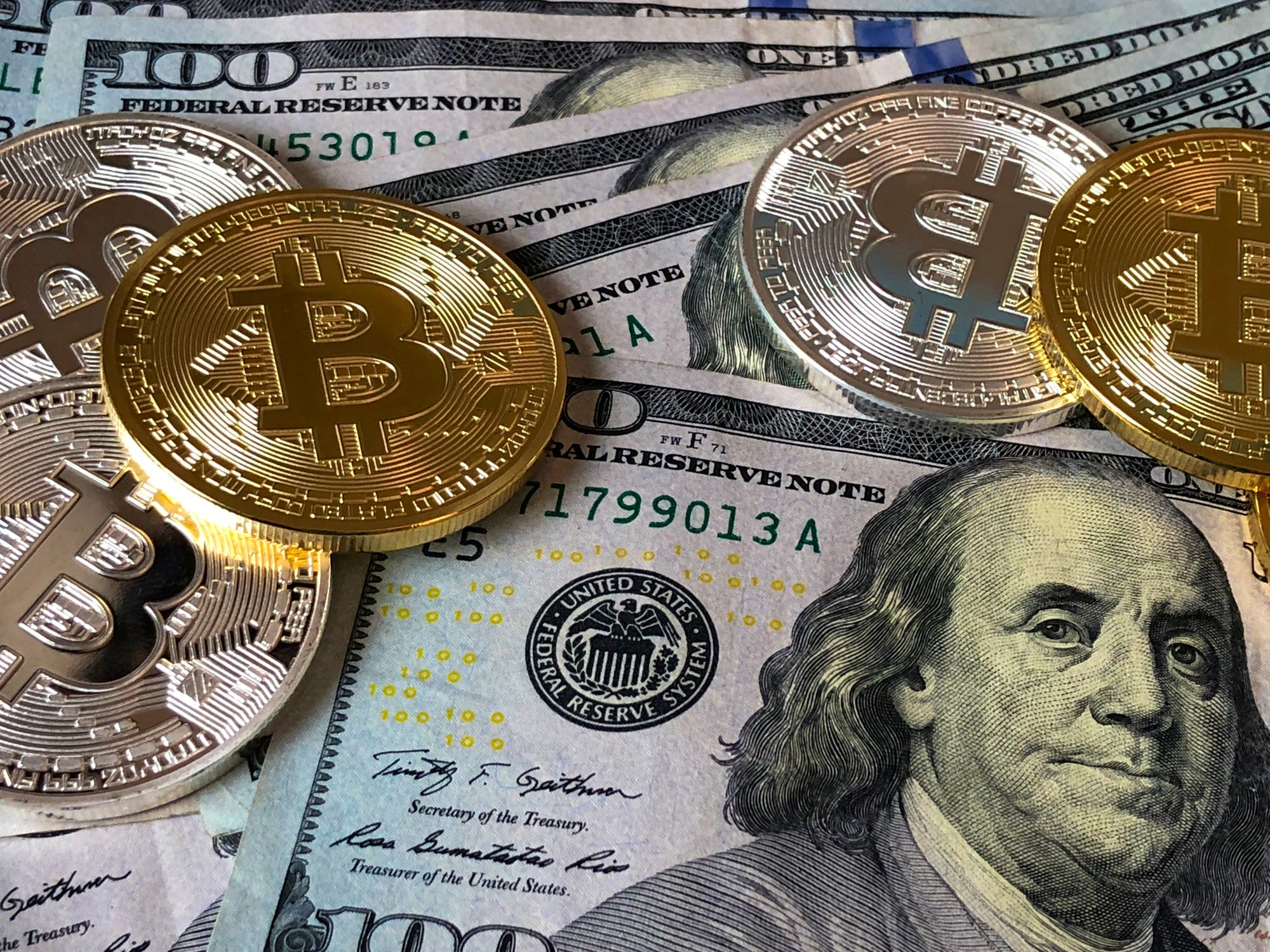 The currencies are pegged to determine the exchange rate ultimately.

It is different with every currency, which makes the foreign exchange market so diverse. It is constantly being realigned every second of the day so that all conversions balance out.

What is the IMF?

The IMF, or the International Monetary Fund, was created under and through the Bretton Woods System. The main purpose was to provide prosperity and sustainable growth to the 190 countries that reside and abide by it.

Every country has the responsibility of upholding the exchange rate with incredibly narrow margins above and below, as shown before. 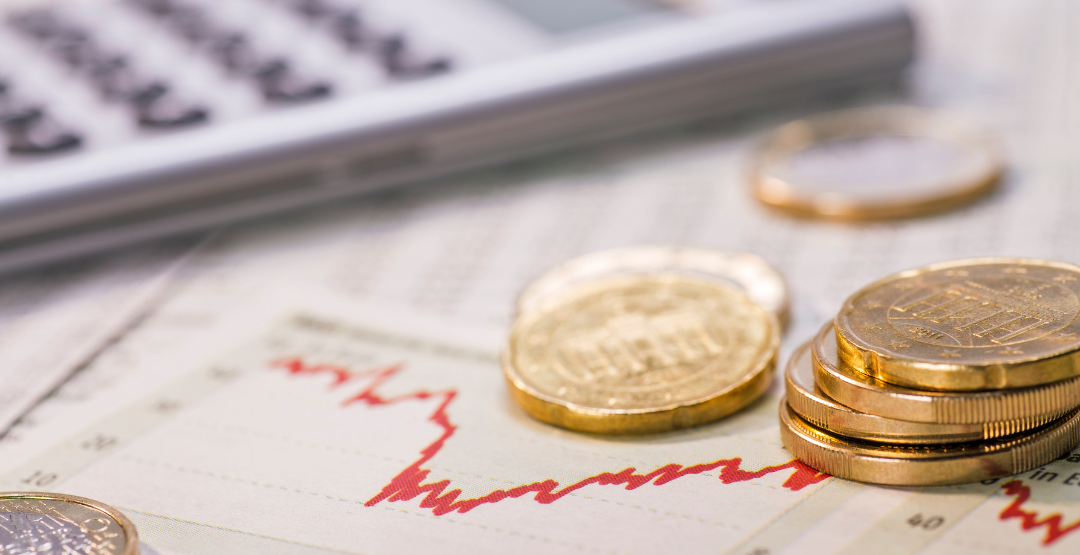 Countries that struggle to stay within the window of the fixed exchange rate could petition the IMF for a rate adjustment, which all allied countries would then be responsible for acting in accordance with.

This ensures all countries follow the same plan, in accordance with each other, to achieve the best economic results.

The main goals of the IMF included but were not limited to:

The system was depended on and used heavily until the beginning of the 1970s when it was eventually retired. Many people were upset that the IMF wasn't doing enough, along with the fact that they were loaning to countries that had a history of human rights disputes.

Another extending factor that came from the branching out of the Bretton Woods Agreement was the concept of the World Bank.

The goal of the World Bank was to provide financial assistance to middle- and low-income countries while also trying to combat poverty worldwide.

Today, the World Bank primarily focuses on assistance to countries that have high poverty rates, as opposed to the middle-income countries it planned to aid at its inception.

This encourages countries to work together and achieve a common goal of providing for the countries associated with the Bank.

The World Bank works more closely with the technology and finance sectors to provide support to individual countries that need economic help. This can come in the form of setting up places for a clean water supply or building health centers to combat illnesses plaguing different countries' economies.

The 1960s into the 1970s was a time of great change for the way in which people looked at how currency was compared to others all over the world. It was a time for expansion, as the generation of baby boomers post WWII was still prevalent mid-way through the 1960s.

As the world changed, so did the United States. The majority of people who were once tied down financially were able to spend money on wants rather than only needs again.

Innovation was prospering; we even went to the moon. The foreign exchange market was no different in its goals, as it aimed to go to the moon financially. 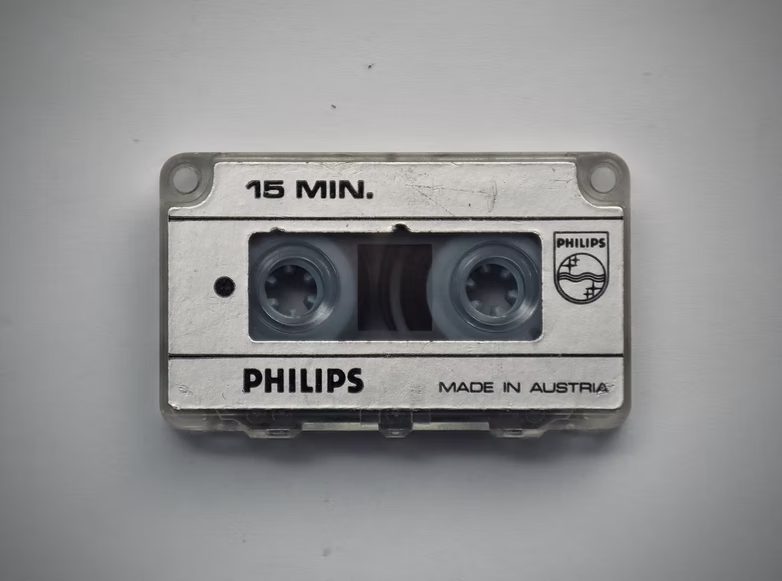 This period was an enlightenment in the world of finance as currency was no longer backed by gold. Times were quickly changing, expansion worldwide was occurring, and certain economies were getting overwhelmed.

The job market was not in a strong position. As a result, all eyes were aimed toward the United States as the world looked to Richard Nixon for an answer to these predicaments.

The Fall of the Bretton Woods System

The concept of the gold standard was a good idea for its time, as it helped to jumpstart the modern foreign exchange market.

The fall of the Bretton Woods System did, however, have some growing pains.

In 1971, Richard Nixon enacted more wage and price control systems to combat the elimination of the gold standard. This allowed people to see, on a national level, how important the idea of having stable connections with other countries' currencies is. 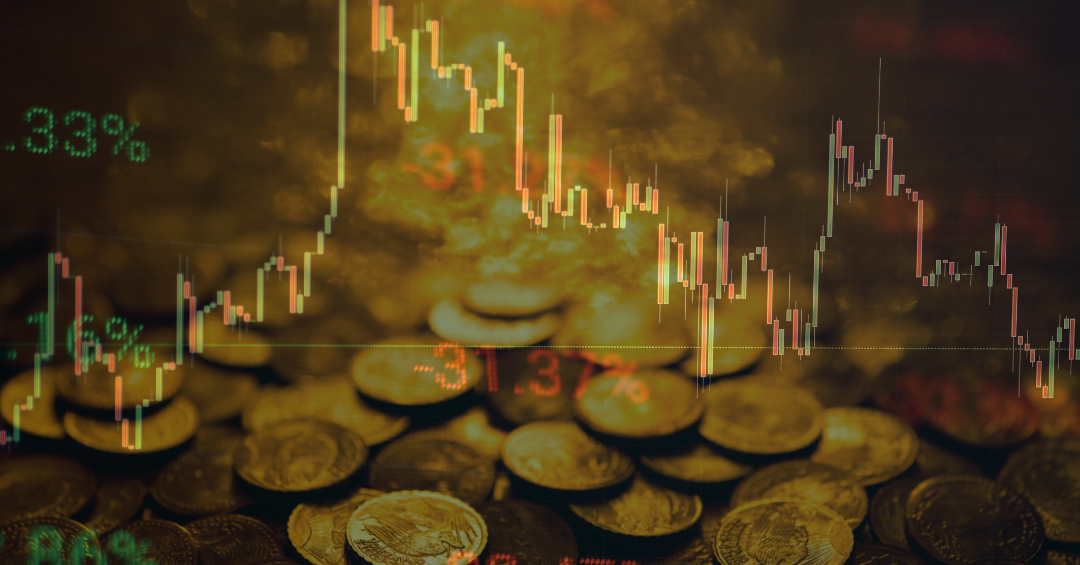 Since the dawn of the Bretton Woods agreement, countries settled their international balances in dollars, and U.S. dollars were convertible to gold at a fixed exchange rate of $35 an ounce.

Then, in the 1960s, European and Japanese exports became more competitive with U.S. exports.

The imbalance of payments combined with military spending and foreign aid from the war resulted in a large supply of dollars around the world.

The idea of a potential gold run was also a major reason for the end of the system.

The United States was vulnerable to a run on gold, and there was a loss of confidence in the U.S. government's ability to meet its obligations.

As a result, it thereby threatened both the dollar's position as a reserve currency and the Bretton Woods system as a whole. 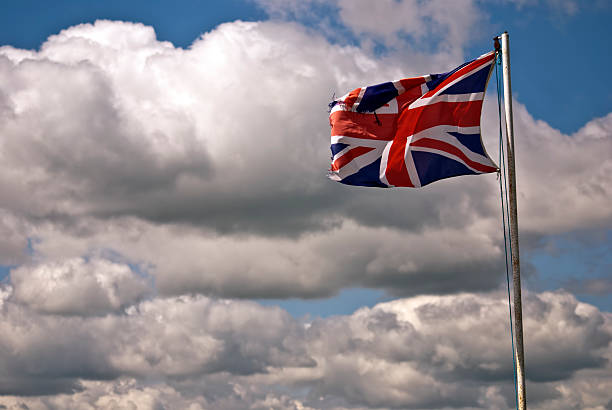 The run on gold and attack on the British pound caused an overall devaluation of a staggering 14.3%, from USD 2.80 to USD 2.40 per GBP.

At first, the London economy refused the idea of devaluing the pound, even as inflation was rising. This is because the pound was a symbol of national status.

Many efforts were taken to level out these problems within the U.S.A and to uphold the values and rules outlined in the Bretton Woods system, both domestically and internationally.

These were meant to be "quick fixes" until the balance of payments could equal out, but they proved to be postponing the inevitable of a true changing of the guard and stepping away from the Bretton Woods System.

The decision was finally implemented when Nixon and fifteen prestigious advisers of his met at the presidential retreat at Camp David and created a new plan to step away from the gold standard and BWA.

On August 15, 1971, President Richard Nixon addressed the United States and spoke about adopting a new "double-edged sword" economic policy that would attempt to correct the balance of payments in the economy but also fight off the current inflation and lower the rate of unemployment.

This was when the BWA was abandoned.

Unfortunately for Nixon, unemployment, and inflation steadily increased, even after the changes were implemented, but they did see some positive results.

How is the Gold Standard Different from the Bretton Woods Agreement?

The Bretton Woods system refers to an agreement amongst 703 delegates from 44 countries in July of 1944. At this conference, currencies were pegged to the United States dollar. 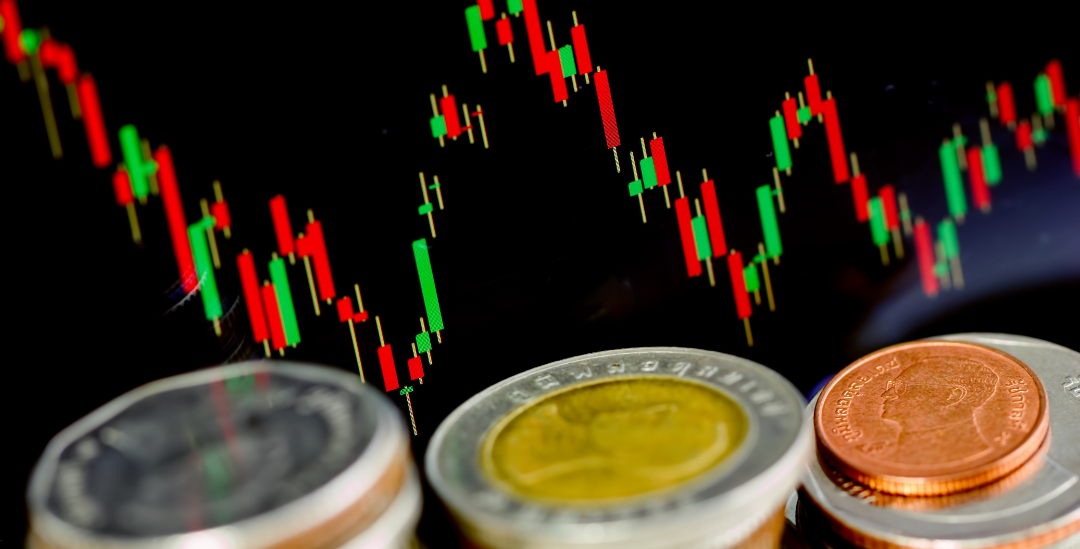 Fixed Exchange Rate: A nominal exchange rate set in stone by those in charge of the monetary policy with respect to foreign currency or a large array of foreign currencies.

Floating Exchange Rate: This means that rates are determined in foreign exchange markets based on demand and supply and generally move up and down often.

Today, the United States is the leading importer of goods in the world. This is why being able to understand the foreign exchange market makes it much easier to transfer funds internationally, which can be sensitive to price changes.