Infrastructure investments are considered for developing capital assets that are significantly intensive and require a high level of sunk costs. 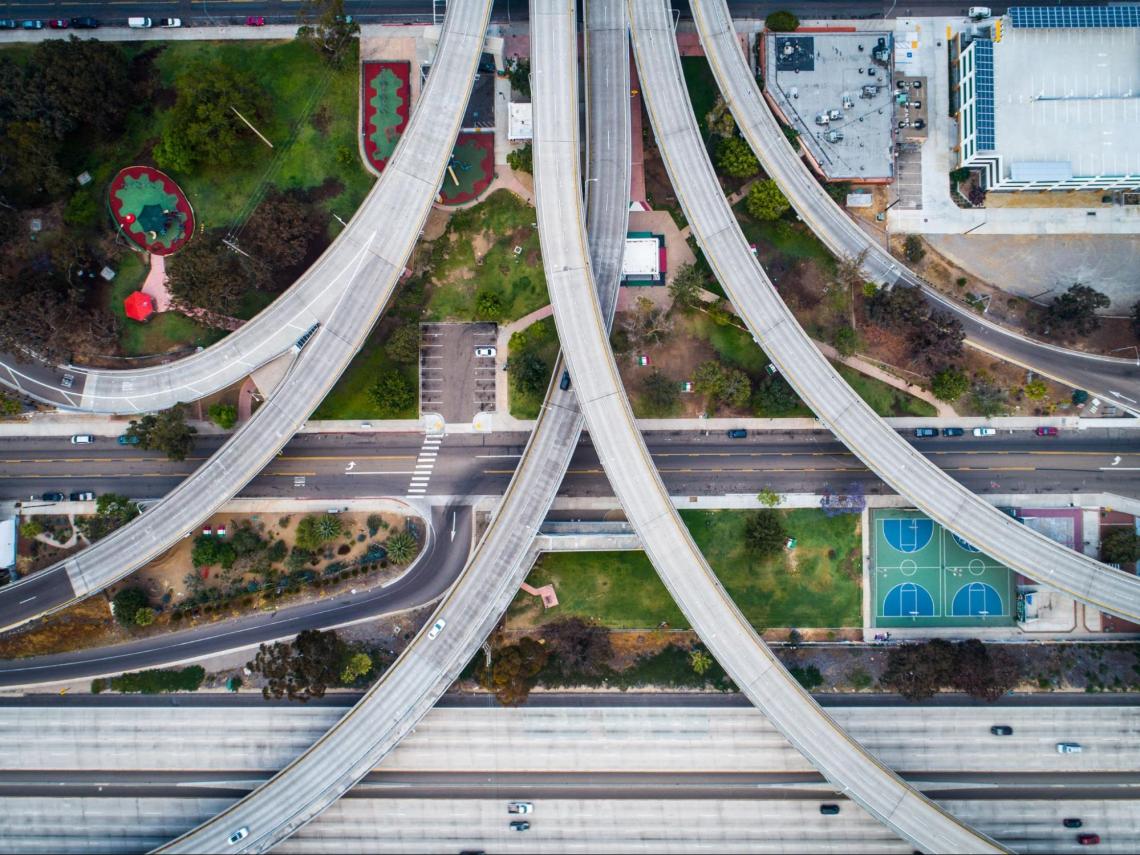 Infrastructure investments typically include the following but are not limited to:

Due to the high sunk costs, the design of solid policies and identifying the relevant risk factors should be carefully minded.

Economic stability, the development of government institutions, and proper regulation measures are some of the considerations to contribute to long-term economic growth.

Especially, political and regulatory situations are usually conditional on the performance of an investment in infrastructural development. Even investments that mostly concern private sponsorship, due to the high economies of scale, are often active in most infrastructure initiatives.

1. The benefits of investing in infrastructure development

Infrastructures are considered real asset classes, which resemble the combination of construction and land that eventually becomes real property.

Nevertheless, infrastructure assets are seen as commodities, which is similar to real estate.

Real property has not almost changed in its residual value since it has become quite attractive and popular during periods of distress in financial markets. 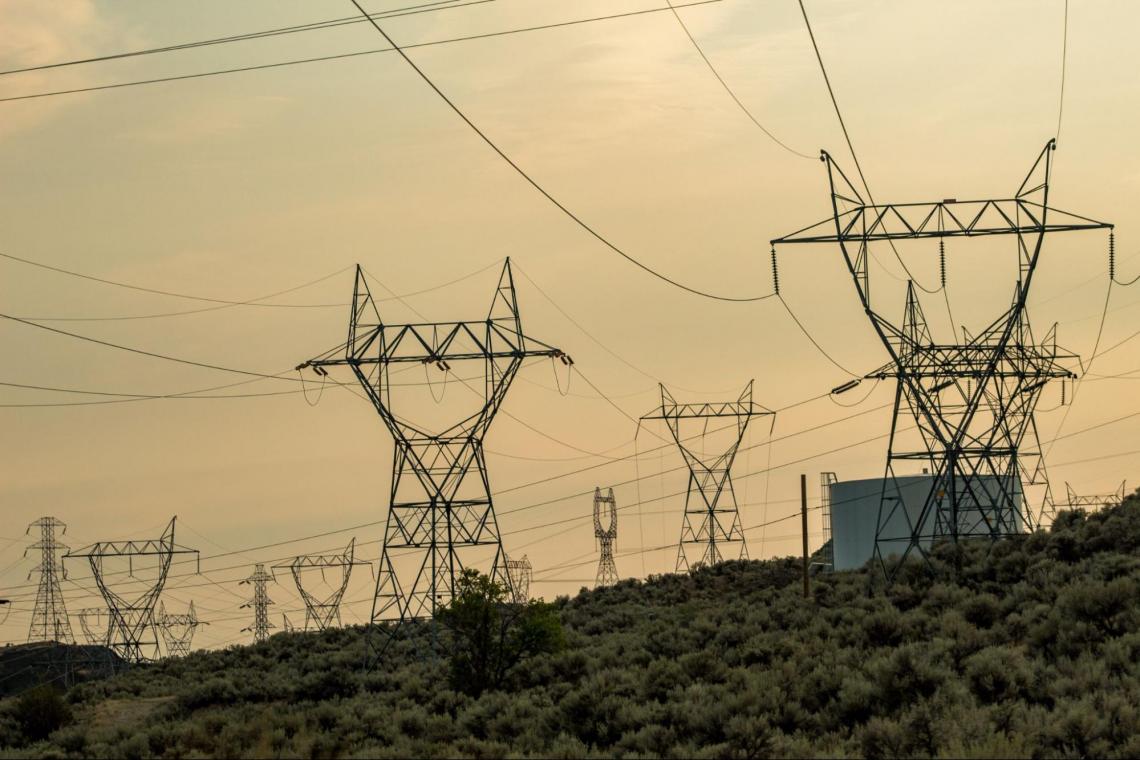 One of the main reasons to invest in infrastructure is to provide diversification benefits to the overall portfolio since it is considered a long-term investment, this will offer a low correlation between asset classes in the portfolio.

Even portfolios that include infrastructure asset classes are highly diversified that eventually generate stable cash flows.

Infrastructures often tend to be more credible in terms of cash flows than private assets because the majority of the customer base consists of government and quasi-governmental authorities.

The diversification feature provides that type of investment with a hedge against other investments with more exposure to market volatility. As a result, even in terms of various economic cycles, they tend to demonstrate a lower correlation compared to other sectors of the economy.

Additionally, some infrastructure assets in utility services, like natural gas and electricity networks, are usually regulated, which makes them have more predictable returns.

According to the level of regulation, those infrastructure assets are volume neutral, which means they provide returns that do not depend on the change in demand and volume.

Regulatory matters by the government present long-term income predictability infrastructure investments. Even transferring the proprietorship of infrastructure assets to private investors by considering the agreements of concession can range up to almost 100 years. 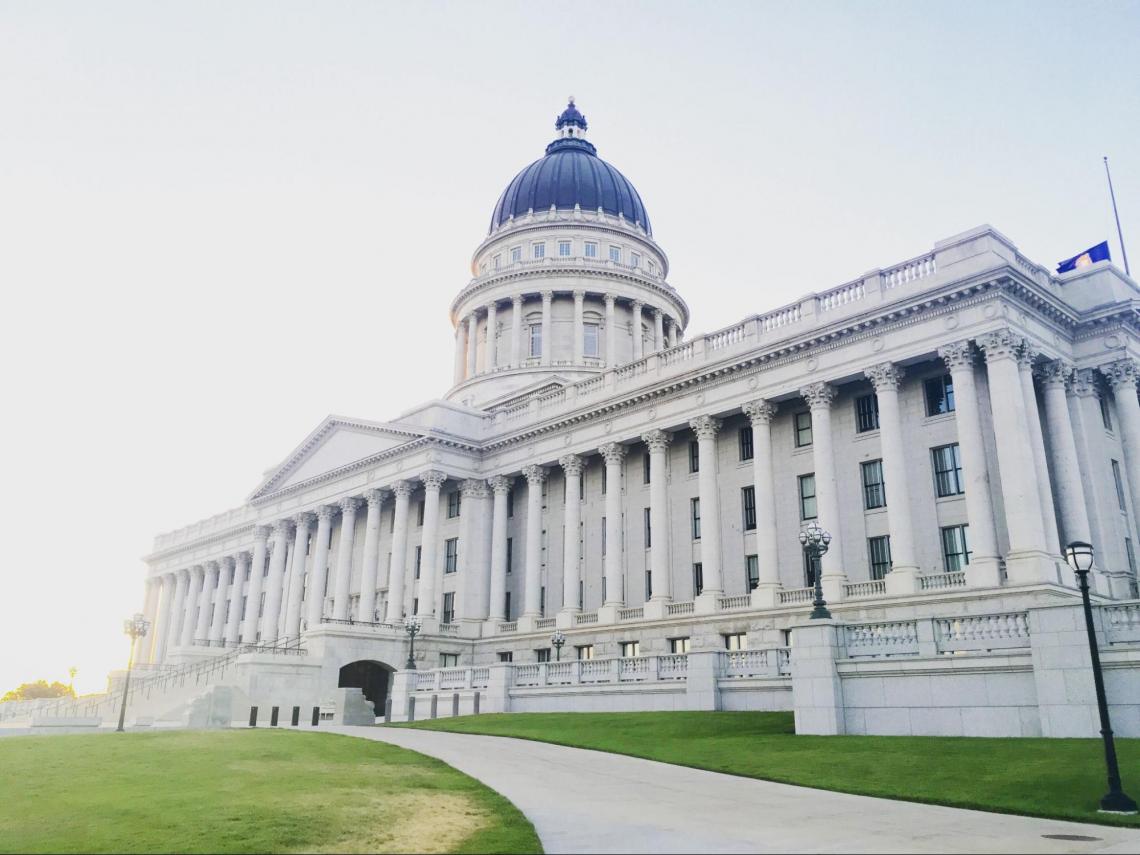 A concession agreement is a specific contract that grants the company the right to do a particular business within a particular government jurisdiction or on another company's property determined by specific terms.

The long-term feature of the concession agreements provides benefits to asset management firms, which enable them to prepare long-term strategies to increase the potential values of assets. For instance, optimized operations Capex (capital expenditure) and long-term financing.

Infrastructure price inflation is often passed on to the final consumers, which depends on the particular type of asset. Most of the frameworks of regulation provide the opportunity of utilizing inflation-indexed user tariffs for the infrastructures that are regulated by the government. 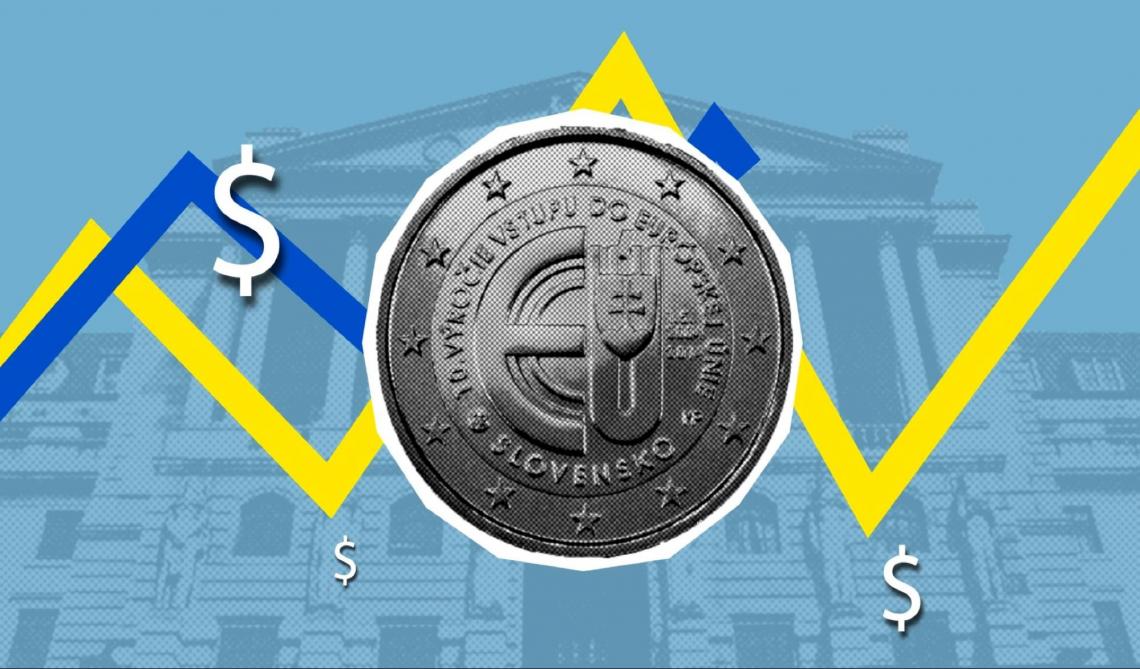 Although, inflation-linked tariff increases are one the most common characteristics of concession agreements for certain types of assets, such as transportation assets like bridges, roads, and surface tunnels. However, unregulated infrastructure assets may not possibly be fully-hedged.

There are 2 types of investment for infrastructure facilities, which are brownfield and greenfield investments. Each of them represents a different risk and return and characteristics to hedge inflation. 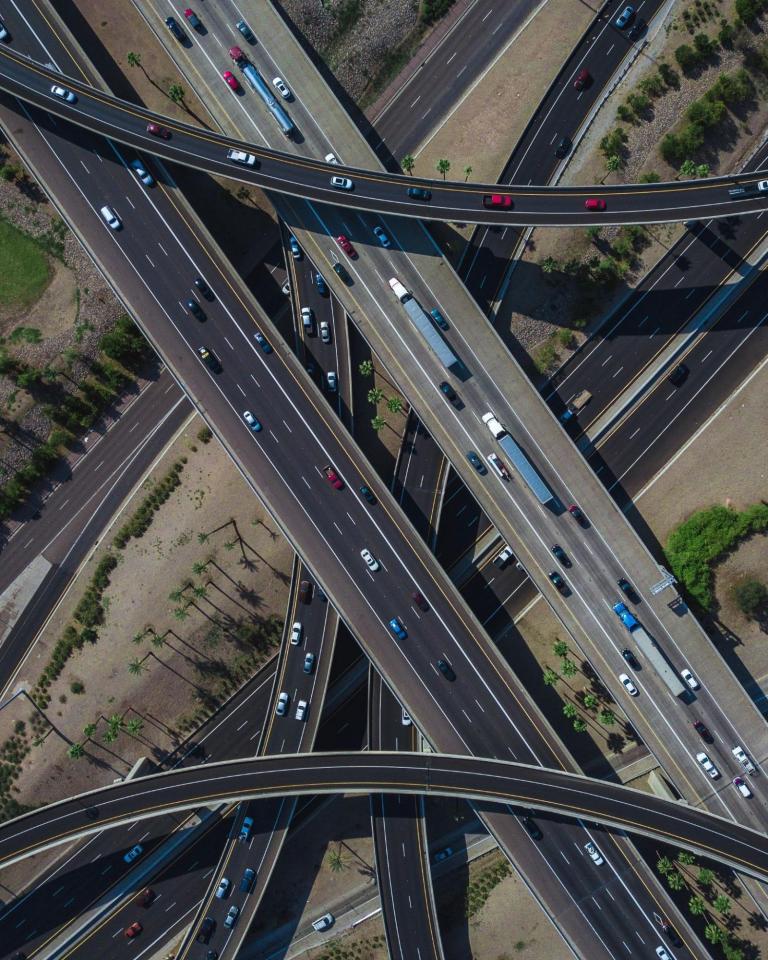 Provided the investment in brownfield investments, they carry a relatively lower risk because of a long track record of historical business operations. But in terms, greenfield investments are considered riskier since they have uncertain cash flow generation. 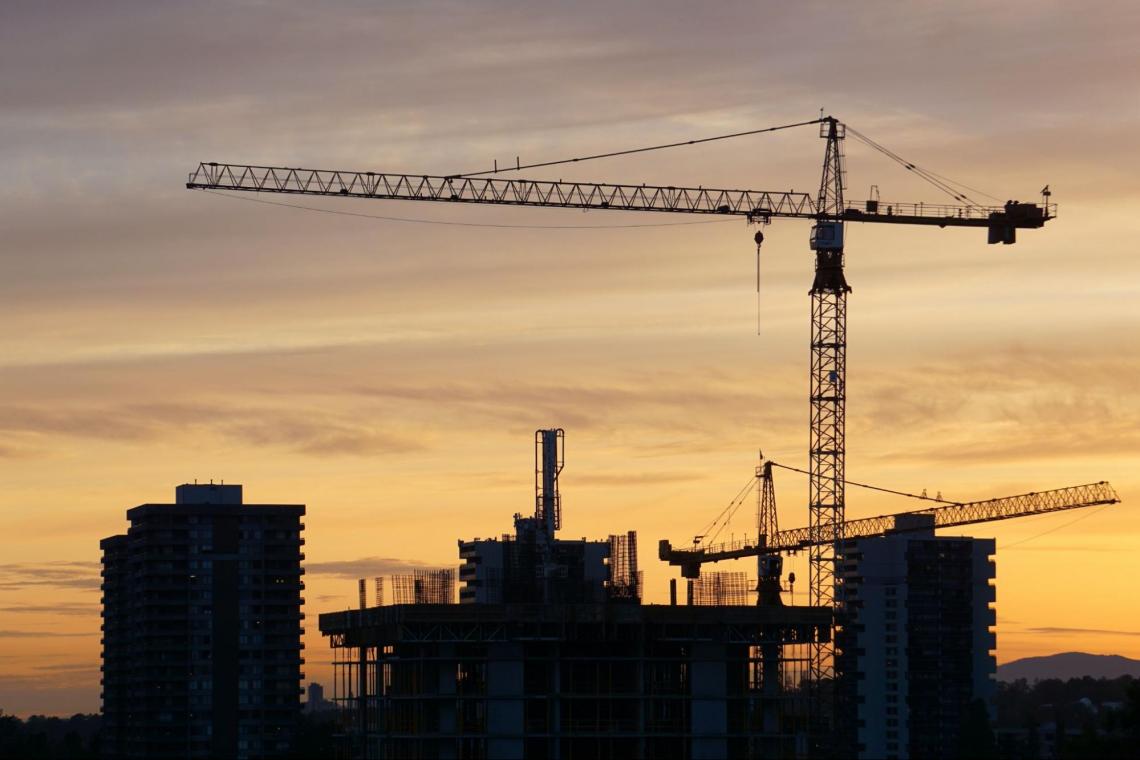 And as it turns out, those cash flows allow brownfield investments to have an appropriate model to link to inflation. Provided the long-term capacity for production of most brownfield assets, they are more likely well-suitable for the goals of investors with a long horizon, such as pension funds.

Nevertheless, not all infrastructure investments provide the feature of hedging inflation. Moreover, investors should be mindful of the terms of the various categories of infrastructure assets and their different life periods of development, as they represent different cash flow generations. 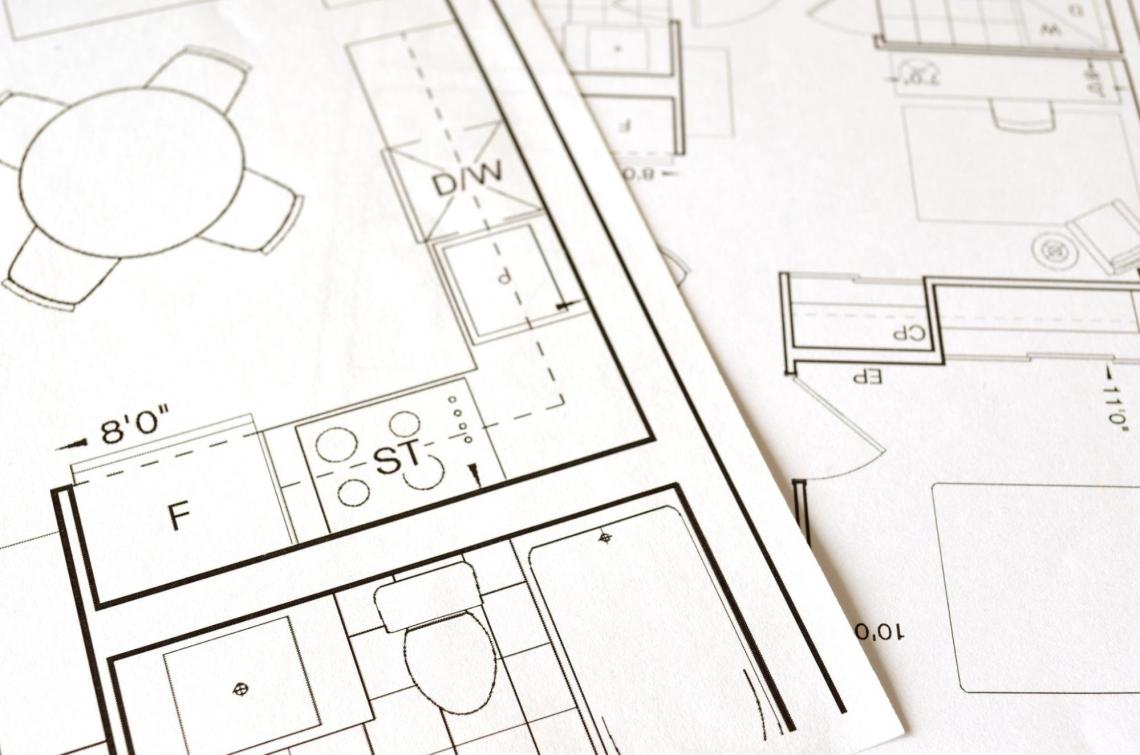 The risk that is present during the construction of the projects, whether they are brownfield or greenfield, and because of those associated risks, major problems become prevalent and quite complicated to resolve.

Risks that are present during the completion of the greenfield projects are but are not limited to, related to the capital that is available for the projects, construction operations risks, that may possible delays, the expected period of completion

Types of financing greenfield projects are positively correlated with the success of investment project development. Attracting debt or equity capital and constructing a suitable capital structure for this is prepared by adopting a specific risk profile methodology.

Another concerning issue related to investors is counterparty dependency, which refers to the inclusion of contractor counterparties and members of the public sector. Most of the construction contractors have ratings quite below the target ratings for most similar projects.

Investors want to be confident that in the case of a contractor experiencing insolvency, there is a possibility to replace the counterparty, or there will be enough liquidity to potentially decrease the further loss. 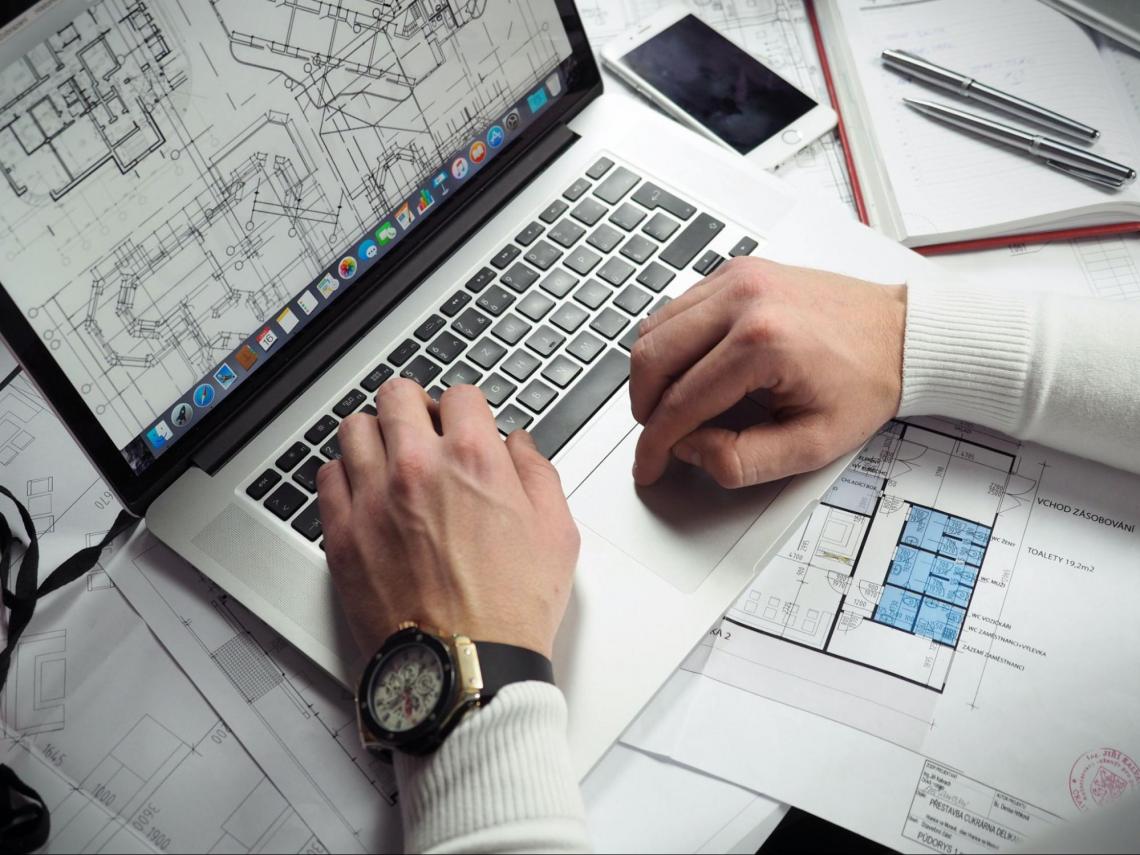 Construction risk is divided into two subclasses, which are:

It will depend on both the government authority and the negotiation of contractual undertakings with the government and other public sector representatives. Since this type of risk is different from the delivery of the asset, there is still a need for well management and understanding.

The traditional view confirms that the risk regarding the geographic situation influences every greenfield investment project. Even certain geographic territories have macro-industry risks. 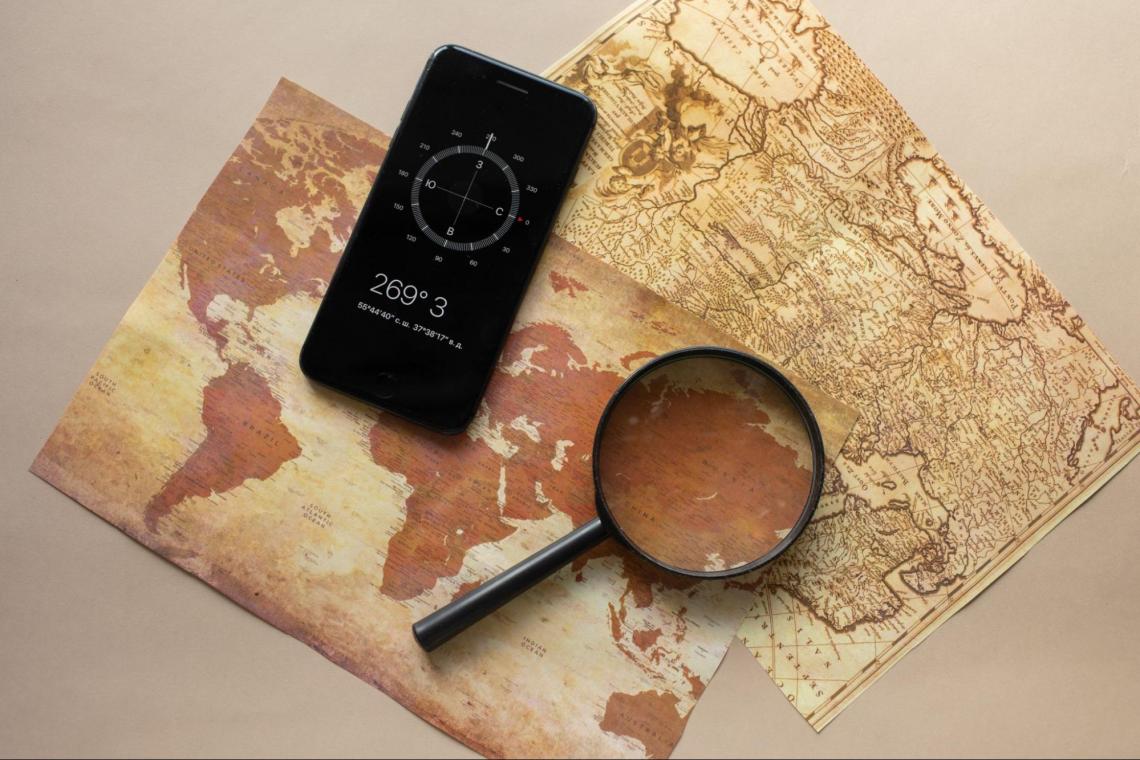 Government and quasi-government agencies are considered critical counterparties for greenfield investment assets, which is a crucial consideration for government stability or political stability.

The proper legal structure of the government is required to decrease the time to come to an agreement. Moreover, there may be an issue that some geographic areas are under-experienced in terms of project developments or underdeveloped technical proficiency.

The risk associated with brownfield investments

From the investors; perspective, risk has 2 classifications, which are:

Systematic risk (also known as market risk) refers to the risk due to macroeconomic factors and volatility risk in financial markets as it is not possible to decrease by diversification of the portfolio of assets. Even all securities and assets have such kind of risk. 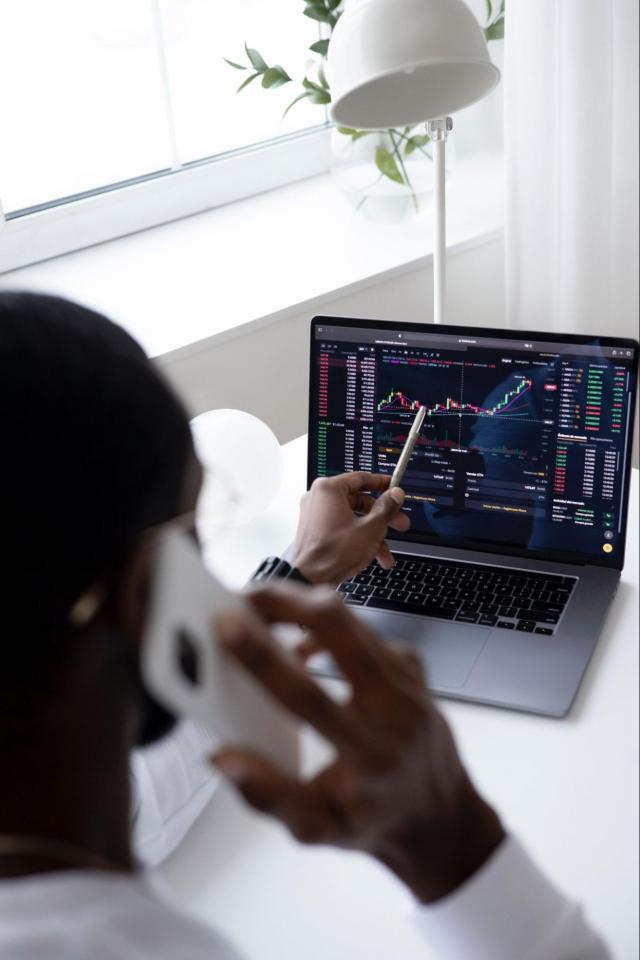 Unsystematic risk (also known as private risk), on the other side, refers to the risk that is related to the company or a particular type of asset. In terms of the diversification approach, private risk can be minimized by diversifying different asset classes in the portfolio.

In the case of brownfield investment projects, there are two of the above-mentioned types of risk but are not limited to that are associated with brownfields. They are risks associated with the market company works in and the company itself.

Private risks of brownfield projects can be related to regulatory, legal, or technical risks. Private has subcategories that are endogenous and exogenous.

When there is an uncertainty that can be solved by the developer of the project by collecting additional information is called endogenous. 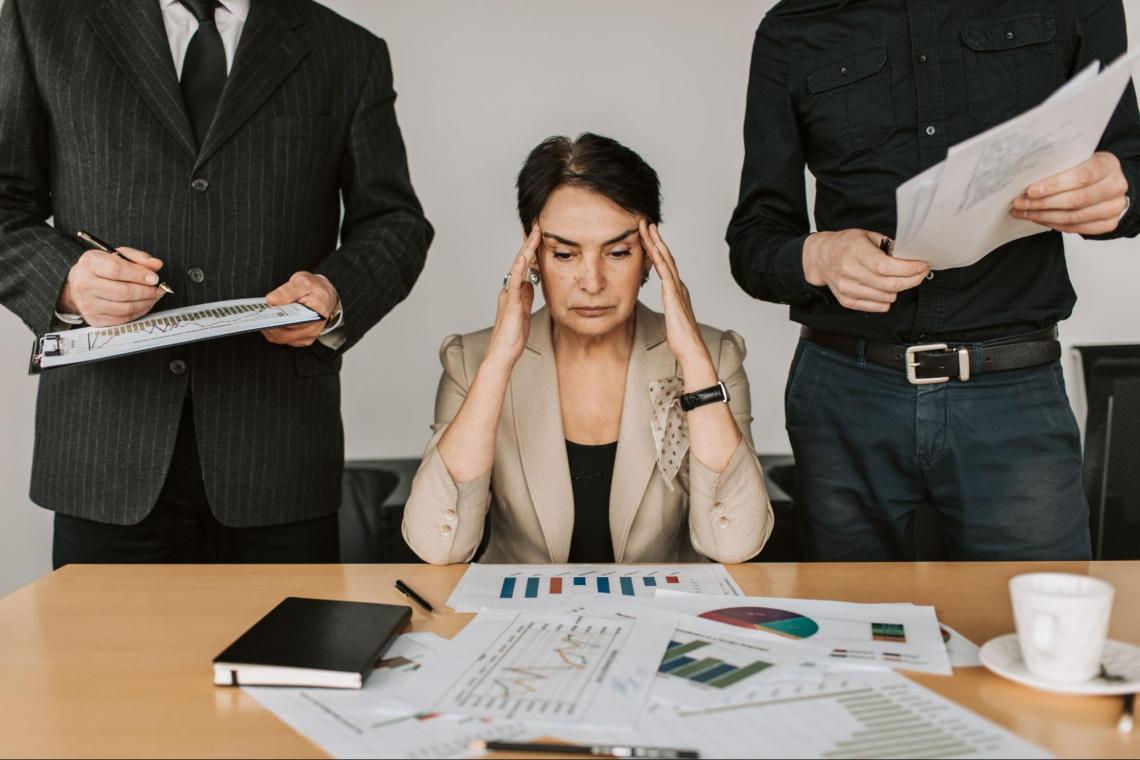 Exogenous becomes present when there is uncertainty or risk that is independent of the developer of the brownfield project, take an example of change in the political stability or environmental laws.

Unsystematic risks are often considered complicated to quantify since it is a risk that is related to the company itself. For example, the operational risk of a company is quite difficult to determine since it is related to employee error and operation system failures.

Market risks are the risks that are associated with brownfield projects are the market value of interest rates and the land.

There is a high correlation of market risk with the change in the economic environment, thus there is a market to determine or observe the value of an underlying asset.

Market risks are always considered exogenous since the market value of brownfield projects is independent of the developer's decisions, operations, or business continuation.

The market value of developed brownfield infrastructure changes according to the capital markets, economic situations, and supply and demand conditions for that particular type of brownfield project.

Since the traditional capacity and ways to initiate infrastructure projects remain limited, government authorities of countries have launched a public partnership with the private sector, which is an alternative way to increase the supply of infrastructure services. 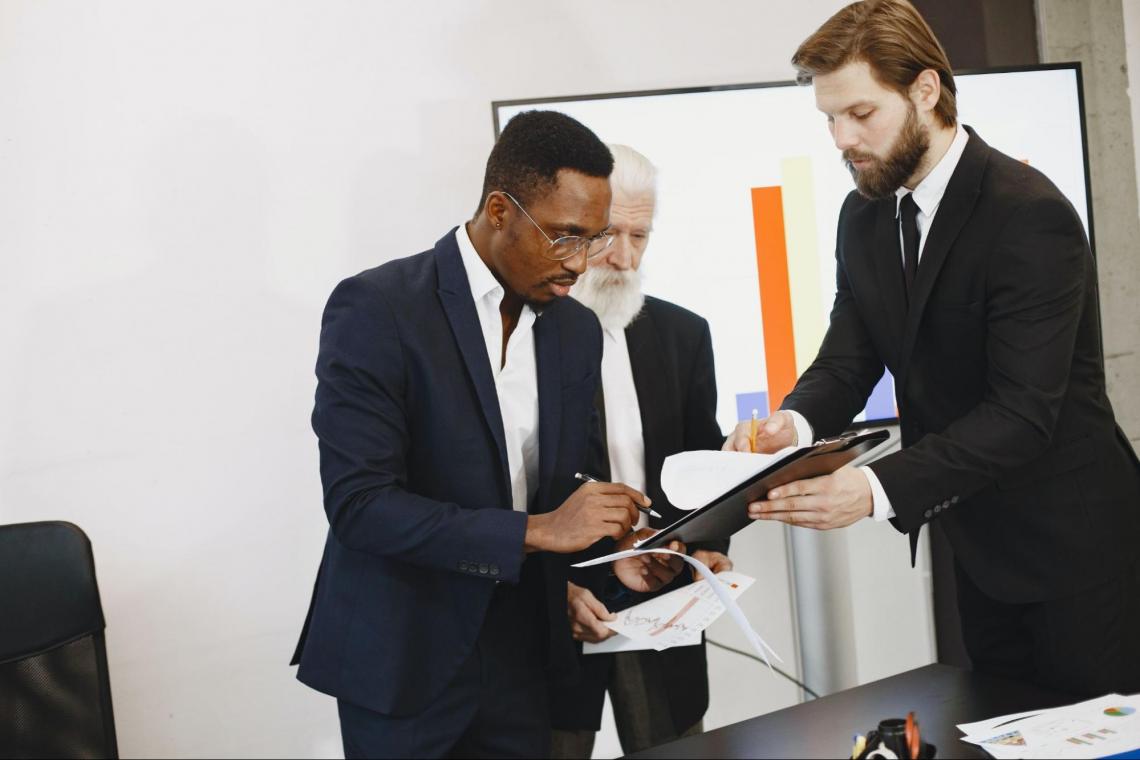 Partnership agreements in PPP typically proceed through the legally binding contract or any other mechanism, agreeing to share and understand responsibilities for implementing the operational management of infrastructure projects.

This private-public partnership or collaboration of public and private sectors is implemented on the expertise and knowledge of each side, which, as it turns out, meets absolute defined public demand by allocation of the appropriate:

Especially in the infrastructure sectors like energy, power, transportation, communication, and water have been delivered by the government.

But since the government initiated a partnership with the private sector, those above-mentioned infrastructures have been launched to deliver by private enterprises and individuals. 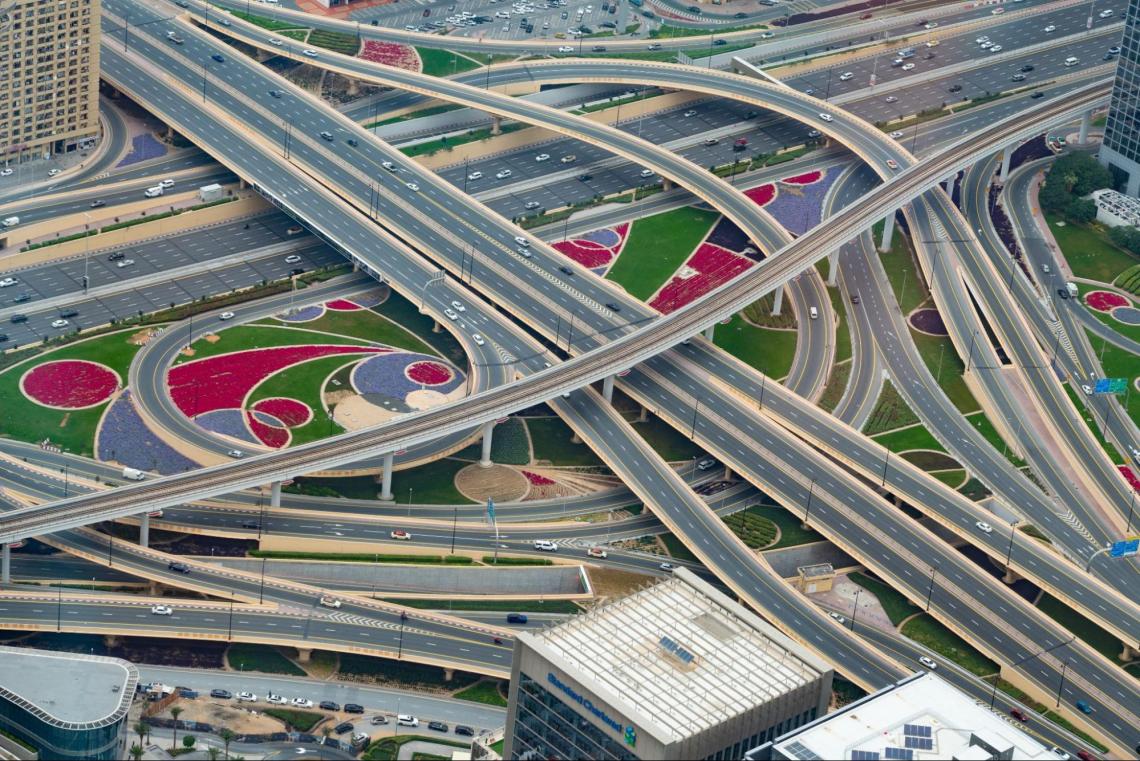 Several reasons for the developing partnership of public and private sectors in developing infrastructure utilities, which are the following, but not limited to:

Moreover, appropriate execution of projects and developments provides more analysis of options and also contributes to decision-making for the solid structure of the project and the options for technology by consideration of cost-benefit analysis over the whole life cycle of the project. 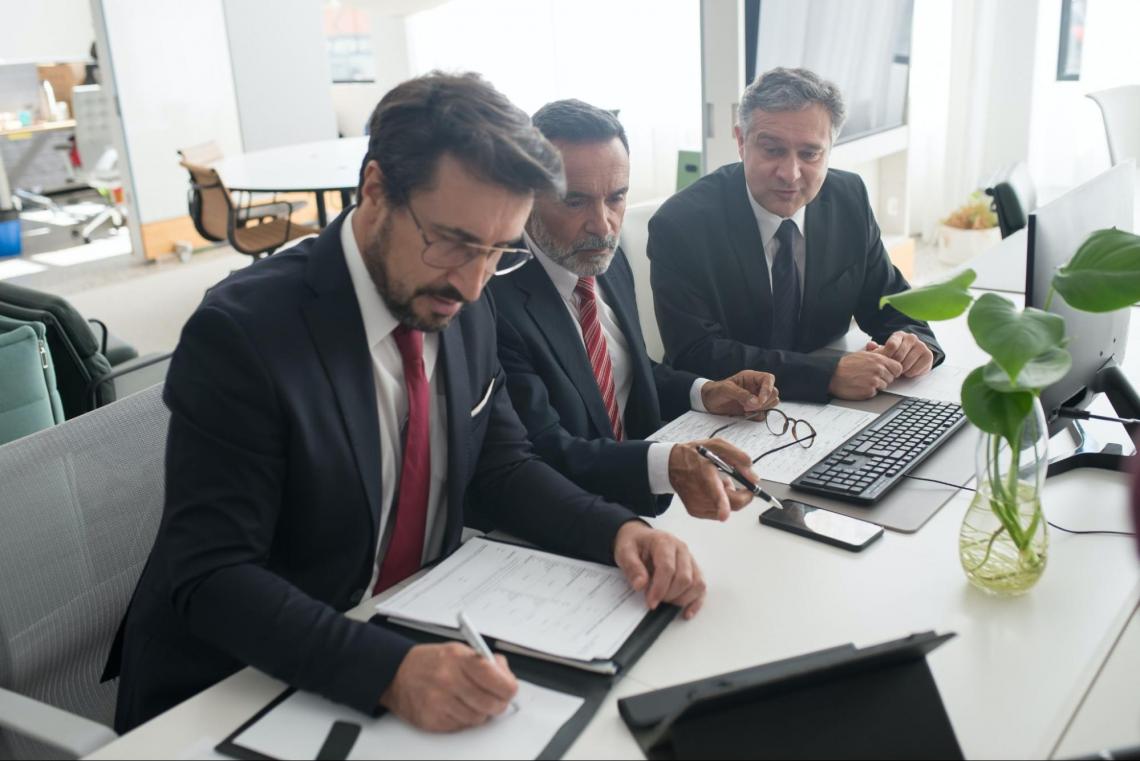 2. Consideration of Public-private partnership for government with insufficient budget

Since transaction costs are usually high, which leads to increasing implicit and explicit liabilities for the government, also, if there are no efficiency gains from project delivery, management, and operations, this PPP project will not possibly be implemented.

3. Attractive features of PPP to the government

Off-budget mechanism of PPP infrastructure projects is the thing that attracts the government to project development also:

Researched and Authored by Bakhtiyorjon (Ben) Yakubov I Linkedin