As I write this, I am very unsure of what to do. And so, naturally, I turn to WSO to solve my problems.

Here's the situation. I've gone out with a girl a couple times (we are both in college, she's a senior, I'm a junior), and I happen to really like her. We both have very similar quirky interests and similar life stories, and we are just vibing on all levels. She has her cons, but overall, I think she's a good person and she's pretty smoking hot.

Hence, I'm stuck in a weird situation. I'm not sure if I'll be able to fake the kind of stuff she wants. Any other guy been in a similar spot? And this isn't the first time it has happened to me (in the time before, I broke it off easier for other reasons). Should I just man up and play the role? Or just break it off? I want to make her happy but, damn, I'm not into that stuff.

TL;DR what do I do with a girl who is into deviant sexual stuff when I'm not.

just do it pussy

Best advice here. Suck it up. Step up or step out son.

Weren't you just canvasing a public forum on how you can get girls to even talk to you?

Bad sex with a hot chick is better than pretty much any other day, give it a try, you might enjoy it.

Whyphy:
Bad sex with a hot chick is better than pretty much any other day, give it a try, you might enjoy it.

Also, there's always round 2, so if it was bad sex, it can just be an opportunity to get it right next time.
The chick is still hot.

If she gives you round two. Or him. Whatever.

is she stronger than you? is that the concern? that things get out of hand and you get beat up?

You should let her tie you up in a SEX DUNGEON. Just pretend she's Janet Yellen and it'll be fine.

Haha thanks guys, I'll give this a shot.

What happened when you tried Lloyd Blankfein's suggestion

Is she a dom a sub or a switch. Dom is a non starter, leave immediately. Sub is your dream come true, and you can put up with a switch.

Why is dom a non starter?
There is something sexy about being tied up by a women and teased.

I was picturing some Chuck Rhodes style BDSM...not a fan.

when you say BDSM....people actually want women dominating them? Nothing makes me go softer faster

It's honestly just for fun/pretend. Sometimes role reversals can be exciting/interesting. If you're that turned off by a woman dominating you, that sounds like insecurity with your masculinity.

Not that the last sentence has helped me with "insecure masculinity". Still sounds boring...

The following is coming from someone considerably older than you and also I'm not a guy, so my perspective and thoughts may not be what you're looking for... that being said...

Talk to her and ask what are the things she really can't live without in that realm of her life.

Just because she's "into deviant" stuff doesn't mean that she requires it 24/7… but if she does, then it's better for both of you that you find that out sooner versus later and not waste each other's time.

And be honest with her and yourself, based on what she shared with you, absolutely none of it interests you out-right? No gray areas of curiosity at all?

No? Then go no further with her.

You ask "should I fake it/play the role"… would YOU want someone to fake their interest in things that you deem important or relevant to you, whether it's what you like in bed, your interest in sports or politics or fitness or anything else?

Why pretend to be willing to provide someone what they want or like? Faking interest always dooms things… whether it takes days, weeks, months... eventually you're going to show your disinterest [or certain body parts will!] or you will say the wrong thing [or actually say the honest thing, am I right?] and then that makes things awkward for all involved.

As for all the guys here giving you grief about putting up or shutting up... it's obviously fine not to be into things that other people are into, BUT you also shouldn't be calling stuff deviant, short of it involving children or animals, just because you're not into it. As long as you're both over 18 and not hurting anyone, [unless that happens to be what they want and you're fine with that, heh heh]… that's all that matters.

Girlfriend: "I want you to choke me during sex in bed"

From Non-Target to BB CEO: My StoryGo fuck yourself. 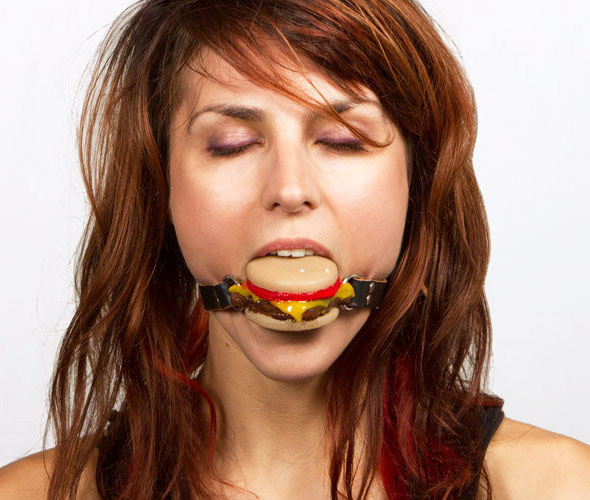 So what ended up happening? Did you enjoy any of it?

Yo DanielHardman, we (I) need a follow up. My work-toilet browsing brought me here and I'm heavily invested in this relationship.

Seconding this, either tell us how it went, or send her to me so I can finish what you couldn't DanielHardman

Cultivating mass and wealth since '95

Remember this, hurts less than spending the night alone. Fuck running for the hills. Mama didn't raise no pussy.

2and20:
Remember this, hurts less than spending the night alone. Fuck running for the hills. Mama didn't raise no pussy.

Has nothing to do with fear of the pain. It's just not a turn on in the least. It's actually straight-up disgusting. I'm as turned on by it as I am by the idea of having sex with a transsexual. It's just fucking disgusting.

So many details are missing, don't even know where to start.

Just get yourself a nice safety word.

"Work is the curse of the drinking classes" - Oscar Wilde

Just ask her what she's into and start slow.

You should PM me her number

Last wave of Covid
+187OFFby losanagelesbaby
Do you actually pay for meals when on a date?
+159OFFby GoLiftSomeWeightsBro
Help Me Better Understand the Benefits of Web 3.0/De-Fi
+142OFFby Lester Freamon
Life after high finance
+71OFFby StreetofBulls
Who's the most amazing athlete you've ever seen in person?
+53OFFby Whatever1984
Podcast recommendations
+49OFFby its-accrual-world
"Unethical"/Non-ESG stocks?
+37OFFby AttackSnail
Who's the most beautiful girl you've ever seen in real life?
+25OFFby Bornin1969
The Essentials of a Badass Office
+24OFFby Isaiah_53_5 💎🙌💎🙌💎
Should I do the CFA?
+24OFFby The Prospect
END_OF_DOCUMENT_TOKEN_TO_BE_REPLACED