Revenue refers to the entire amount of money earned through the sale of goods or services connected to the company's principal business.

It, also known as gross sales, is commonly referred to as the "top line" since it appears at the top of the income statement (IS).

Net Income refers to the total profit. Investors and analysts refer to a company's NI or profit when discussing its earnings.

It can also be referred to as revenue, or it can refer to NI, which is revenue minus operating expenses. This value is commonly known as the bottom line, appearing at the bottom of the income statement after the expenses are taken out.

The term "income" refers to a company's net profit. Or what is left after expenditures and taxes are deducted from revenue, which is the entire amount of money a firm earns from its consumers for its products and services. 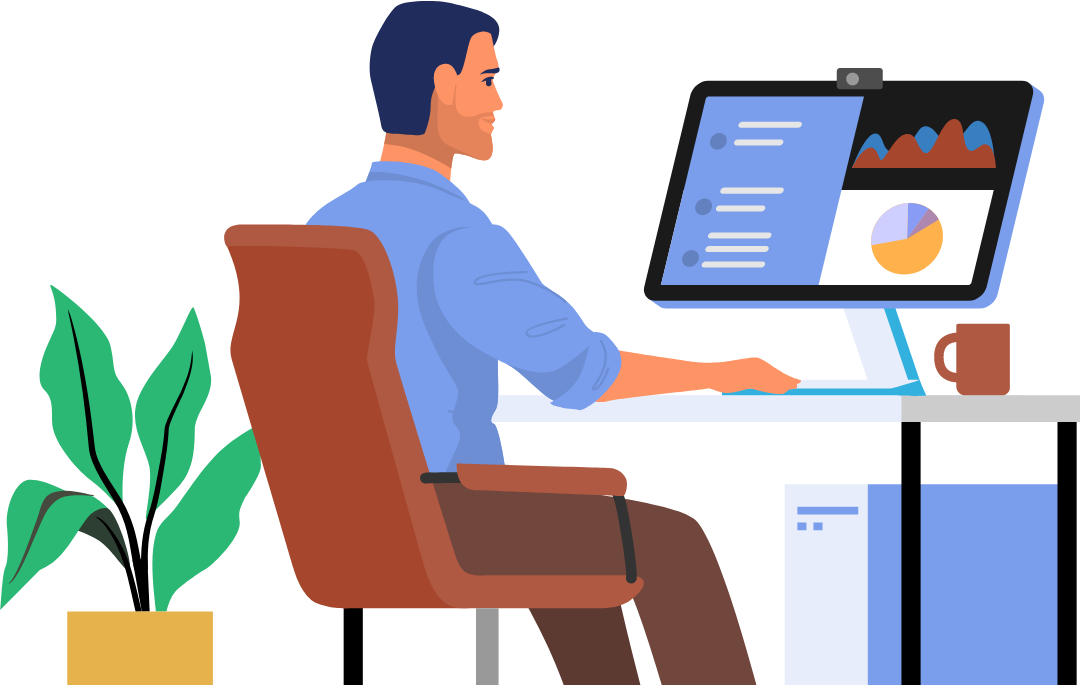 Individually, however, it refers to the whole amount of earnings, salaries, tips, rentals, interest, or dividends earned over a certain time.

It is the money generated by a company's operations. Depending on the accounting technique used, it can be calculated in various ways. It also is computed as the average sales price multiplied by the number of units sold and is the money made from routine business activities.

Deduct costs from the top line (or gross income) to calculate NI. On the income statement, revenue is also known as sales.

Sales made on credit will be recorded for products or services provided to the client under accrual accounting.

The cash flow statement must be examined to determine how effectively a corporation collects money due. On the other hand, cash accounting counts sales as revenue only when payment is received.

A "receipt" is a document that shows that money has been paid to a company. For example, if a client pays in advance for a service that has yet to be provided or items that have yet to be delivered, this action results in a receipt but no revenue. 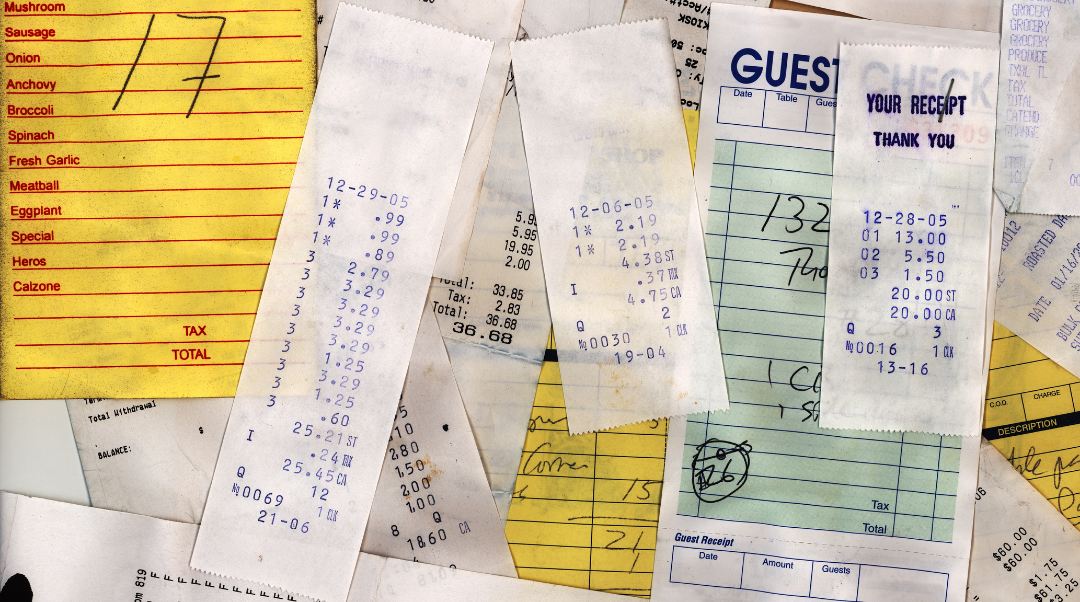 Because it comes first on a company's income statement, it is referred to as the top line. Revenues minus expenses equal net income, commonly known as the bottom line:

Individuals usually focus on their disposable income levels [total income minus taxes]. After paying taxes and spending on needs like food, clothes, and shelter, this is the remaining amount.

Established by tax regulations and financial accounting standards, individuals are concerned with this value while dealing with their personal, business, and investment activities, especially business owners and investors.

This figure represents the company's income before any expenditures are deducted. As a result, when a firm has "top-line growth," total sales increase. 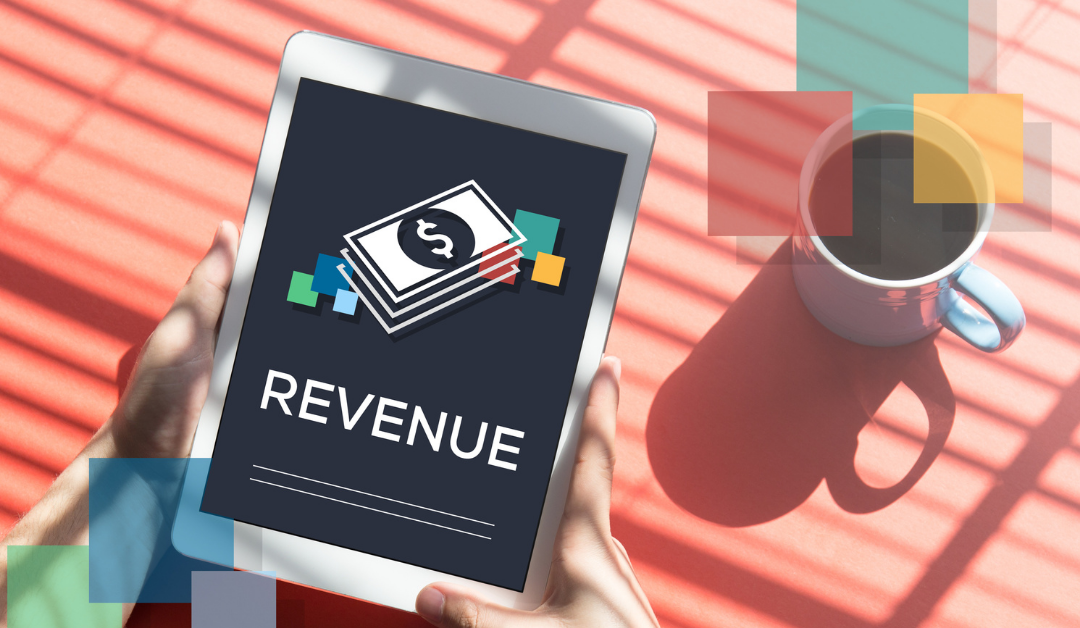 Operating revenue is the sales from a company's primary business that can also be separated from non-operating revenue, which comes from secondary sources, which are one-time occurrences or gains since they are generally unforeseen or nonrecurring.

It includes, for example, proceeds from an asset sale, a windfall from investments, or money received via litigation.

Revenue and NI are important indicators of a company's financial performance, but they are not interchangeable. Revenue merely reflects a company's ability to generate money but ignores operational efficiency, which can significantly influence the bottom line.

Examples of the different types that frequently appear in finance and accounting:

To arrive at NI, revenues are subtracted from company expenditures such as depreciation, interest, taxes, and other expenses. The bottom line, also known as NI, indicates how well a corporation spends and manages its operating costs.

Because both expressions relate to positive cash flow, it is frequently used interchangeably with revenue. However, in an economic context, this term nearly typically refers to the bottom line or NI.

It indicates the remaining earnings after all costs and additional revenue have been deducted.

Income is commonly less used by accountants, who prefer to use the term "revenue." After all, expenditures have been subtracted, and the phrase NI is used. 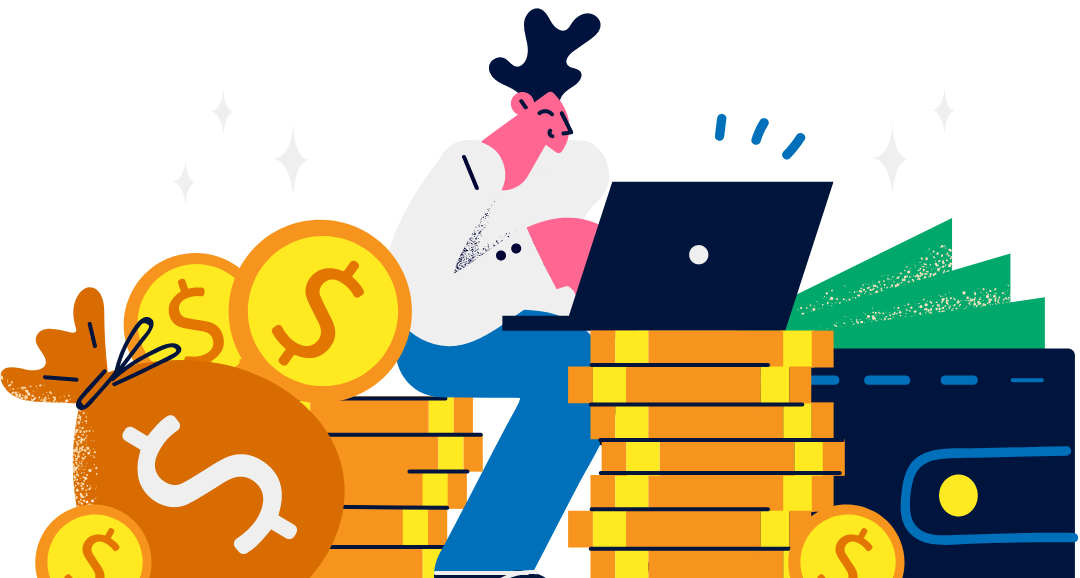 The tax code aims to define income to reflect people's real economic conditions. The law establishes certain permanent allowances, such as the personal standard deduction, for clarity, efficiency, and administration.

The general tax framework applies to taxpayers' revenue and balances to estimate taxable income, such as revenue with deductions for costs and losses.

Furthermore, a wide range of tax laws are based on various public objectives: increasing the tax rate level at higher income levels and offering special tax credits to lower-income individuals.

Under the GAAP guidelines, OI and loss are distinguished from gain and loss on capital assets. 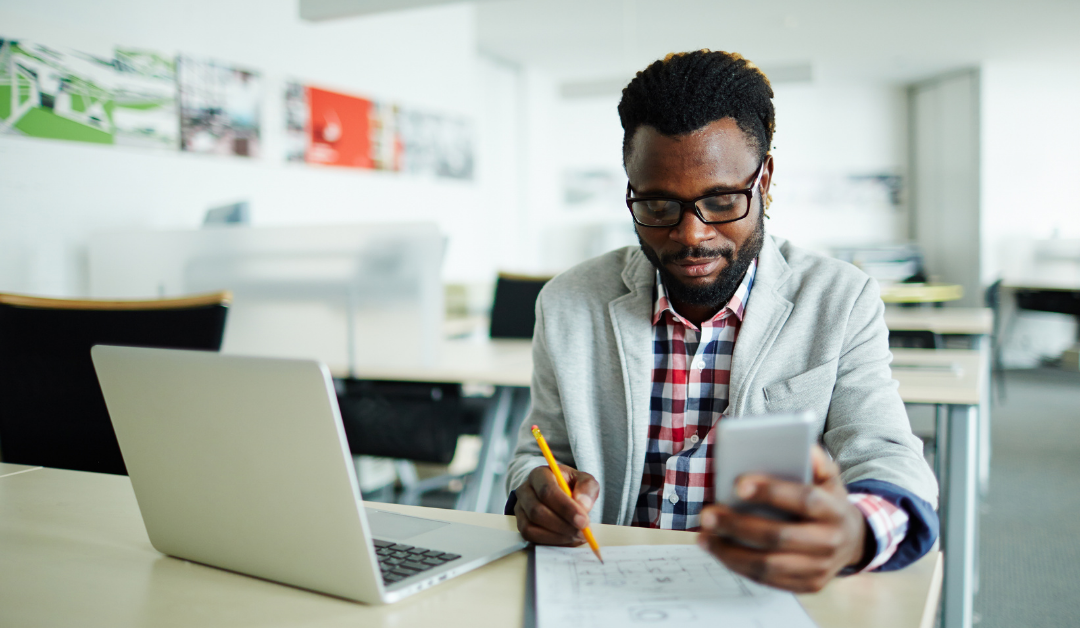 However, municipal and private activity bonds are subject to the federal alternative minimum tax. Interest on state and municipal bonds is also free from taxes in several states and local governments.

Most firms, including all public corporations, use conventional financial accounting procedures and practices to establish revenue and value, known as generally accepted accounting principles (GAAP). 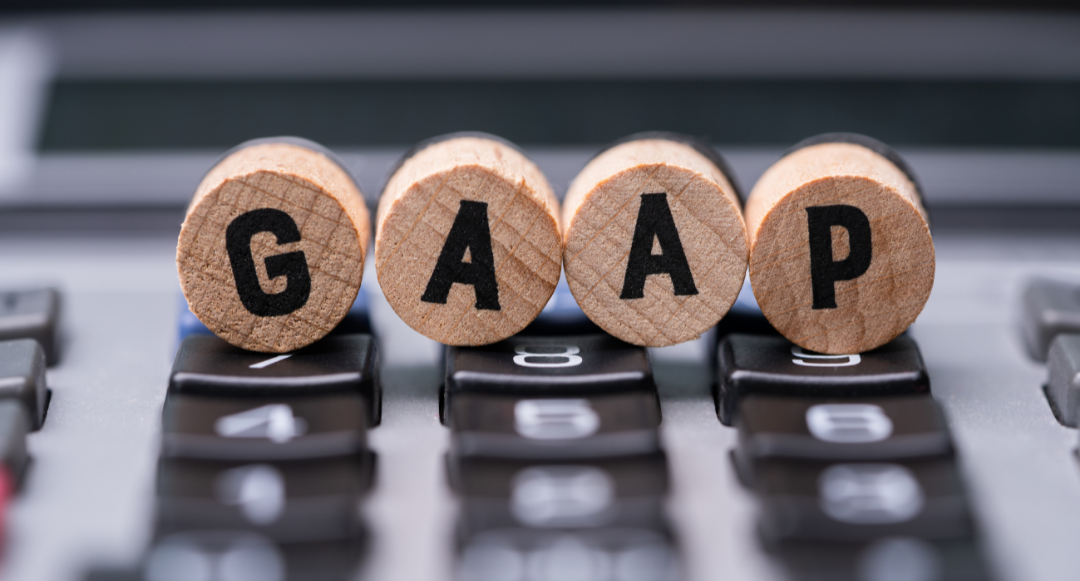 For public firms' reporting with the Securities and Exchange Commission (SEC) and other governmental agencies and regulatory organizations, audited financial statements that conform to these requirements are necessary.

Investors evaluate a company's financial statements and often compare the performance of firms in the same or other industries.

GAAP does not account for public policy deviations from the tax code's pure economic calculation. For recognizing income and costs, the two systems use different timing rules.

The GAAP snapshot of income and business value presents a picture of a firm's income and worth that is typically closer to economic reality than tax accounting findings.

Because NI equals total revenue minus all of Apple's costs for the time, we can see that Apple's NI is lower than its total revenue.

Growth in the bottom line and revenue can be accomplished in various ways. For example, a corporation like Apple may see greater sales due to a new product introduction, such as the new iPhone, a new service, or a new advertising campaign.

Increased sales and cost-cutting or finding a less expensive supplier might have increased the bottom line. 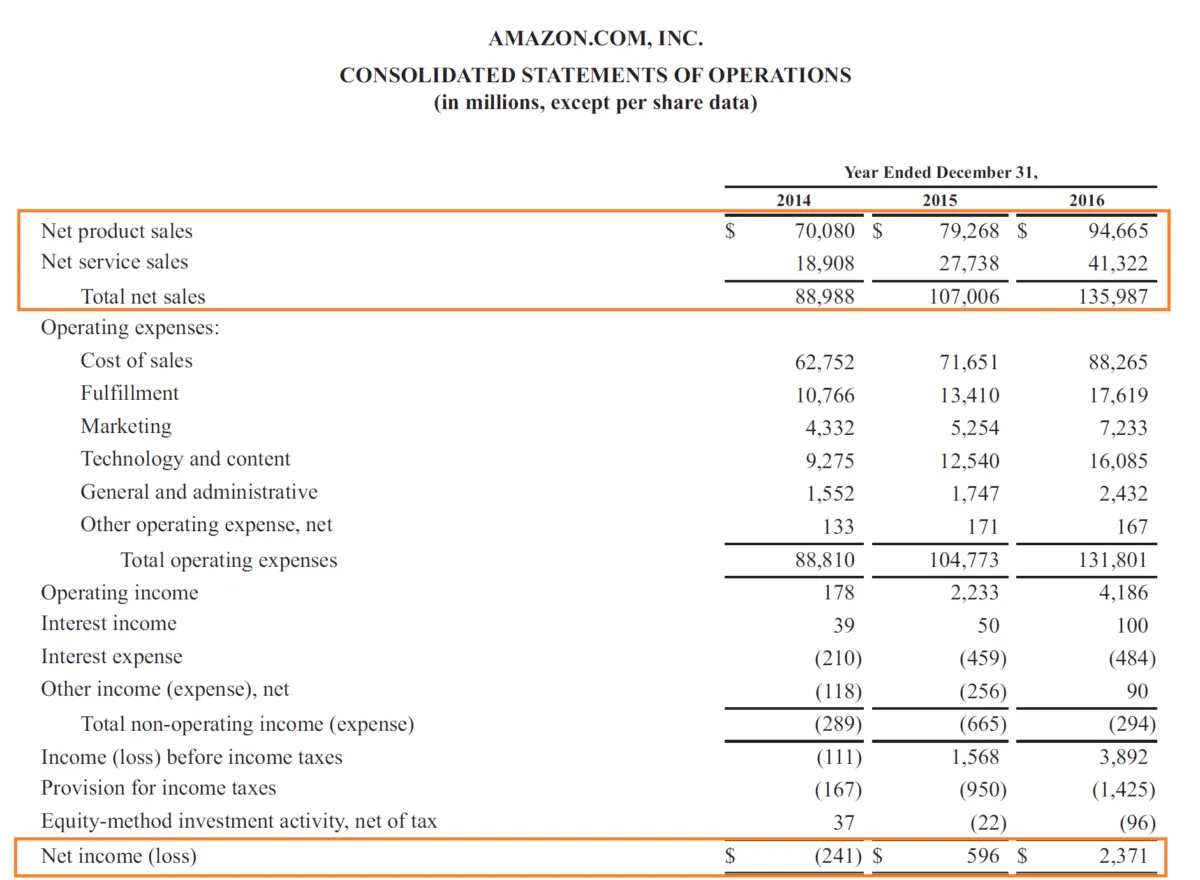 The first line, usually known as the top line, of a company's financial statement (or Profit and Loss statement, or IS), is revenue. This income is sometimes split down by company activity to give investors a clearer picture of where the money comes from.

The cost of goods such as selling, general and administrative expenses, depreciation, interest payments, and taxes are reported below.

After all of these costs are deducted from revenue, the business's NI is the final line on the sheet. 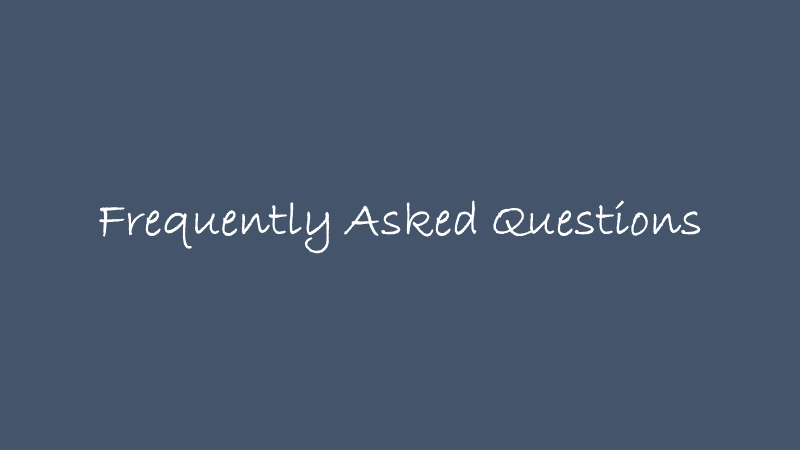 What is the difference between revenue and cash flow?

The money a firm generates through the sale of its products and services is referred to as revenue.

The cash flow is the net amount of cash transported into and out of a corporation. Cash flow is a liquidity indicator, whereas revenue reflects a company's sales and marketing performance.

How does one generate revenue?

The selling of items or services generates revenue for many businesses. As a result, it is sometimes referred to as gross sales. Other kinds of income are also available: licensing, patents, and royalties.

What is the difference between accrued and deferred revenue?

Accrued income is money generated by a business for delivering products or services but not yet paid for by the client.

Deferred or unearned revenue is the polar opposite of accrued revenue. It accounts for money paid in advance by a customer for products or services that have yet to be delivered.

Is it possible for a company to have a positive revenue but a negative profit?

Of course. A company's fixed expenses, such as taxes and loan interest payments and the cost of producing commodities supplied.

As a result, even if a firm makes a lot of money from sales, the company will make a loss if overall costs exceed revenues.