How much a company's operating income will fluctuate in reaction to changes in sales. 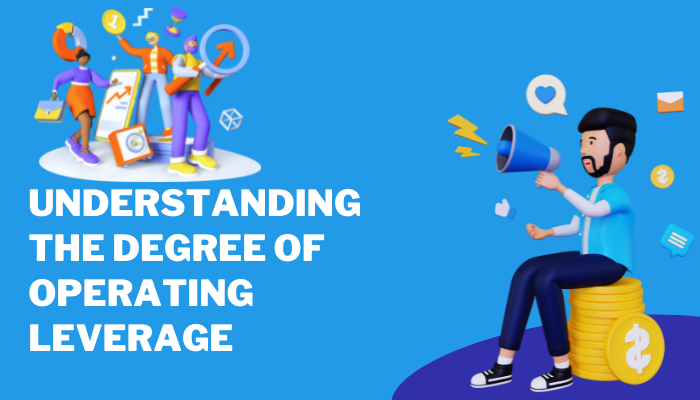 The business cannot alter its operating costs due to fixed costs. As a result, operating risk increases as fixed to variable costs increase.

That suggests that even a considerable increase in the company's sales won't result in a comparable rise in operating income. The business does not, however, have to bear significant fixed expenditures.

A high DOL indicates that the firm has higher fixed costs than variable expenses.

It suggests that through growing sales, the business can increase operating income. However, the company must also maintain reasonably high revenues to cover all fixed costs.

The DOL is a financial metric that gauges how sensitive a company's operating income is to sales and helps analysts assess how any change in sales will affect the company's profits or profit.

This financial indicator illustrates how the company's operating income will change in response to changes in sales. The DOL ratio helps analysts assess how any change in sales will affect the company's profits.

Formula and calculation for DOL ratio

There are various alternative methods for calculating DOL. To start, we can apply the formula from the ratio's definition: 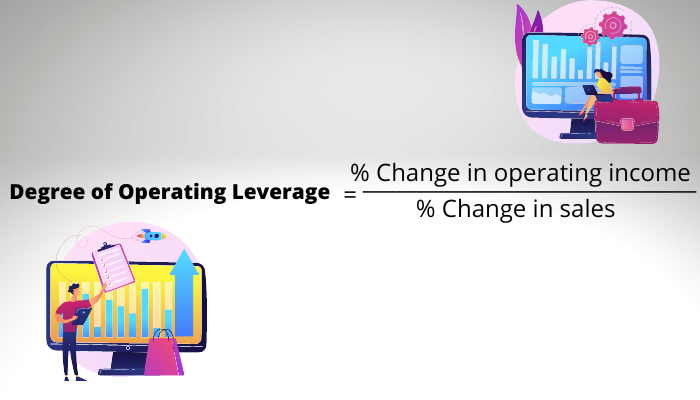 We may compute the operating leverage ratio using the company's contribution margin because it is closely tied to the business's cost structure. The difference between total revenues and total variable costs is the contribution margin. 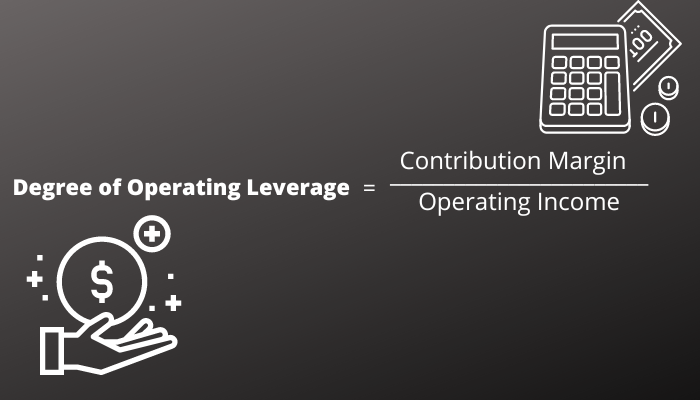 Finally, assuming data about a company's cost structure is available, we can use the following formula: 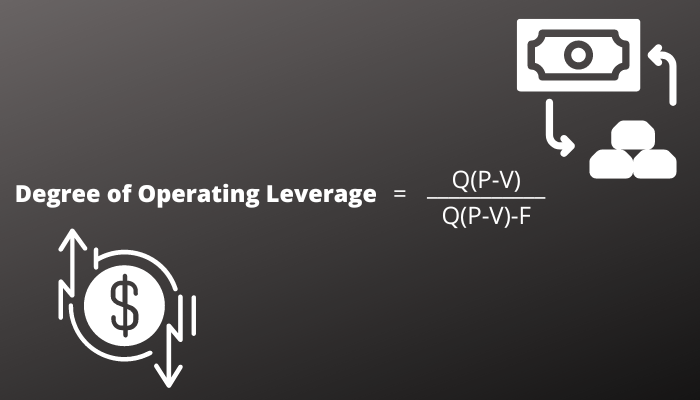 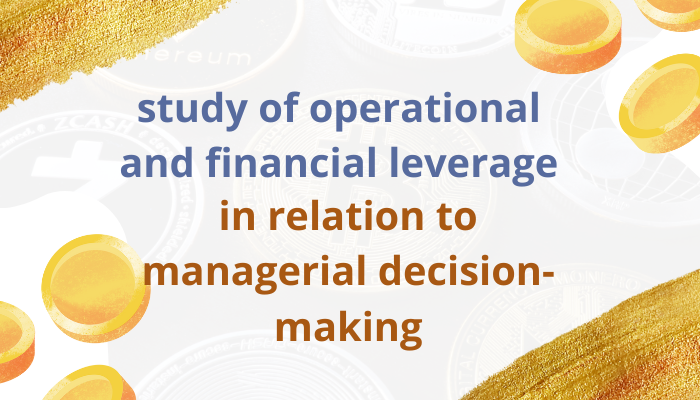 Each business manager must strike the ideal balance between using debt or equity to finance fixed costs and maximize earnings.

The researchers in this case study have discovered the importance of a well-balanced firm's operating and financial Leverage.

The manager must know a company's capital structure, leverages, and appropriate use of stock and debt.

A common observation around the DOL is that with a high DOL, an organization's Earning Before Interest and Taxes(EBIT) is more sensitive to changes in sales revenues, assuming that all other variable components are held constant. It was noted that the firm lost operational profit due to the employees having to work harder to achieve the sales quantity as they increased only the fixed operating costs and not the sales volume.

It is obvious that if a company employs debt and equity, its DOL or EBIT will progressively rise. However, the investors' overall earnings stay the same in this instance.

The operating profit declines, but the earnings after taxes (PAT) improve in the scenario of 50% ownership and 50% debt.

As a result, the overall earnings from stock and debt investors rise, increasing the future wealth of the shareholders.

With mixed capital, it is also seen that the firm's Return on Equity rises significantly. Therefore, the researchers conclude that it is preferable for their firm's structure to include both equity and loan capital. 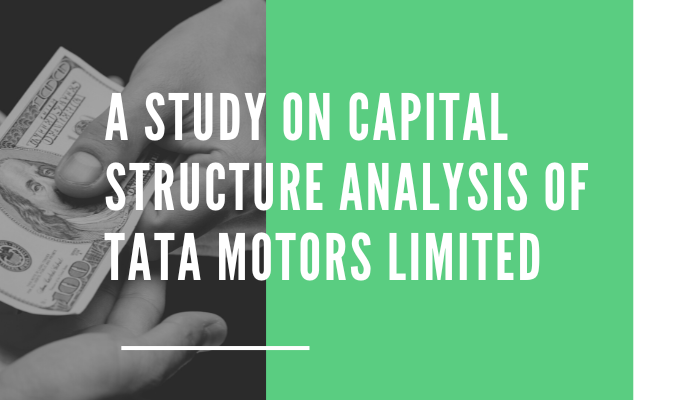 The ability of the company to employ operating expenses to optimize the impact of sales before taxes and interest is referred to in this case study as operating Leverage.

Operating Leverage is calculated by dividing sales by earnings before interest and taxes (EBIT).

Tata Motors must therefore make the best possible use of its operating expenses to cover the effect of future changes in sales on its earnings before interest and taxes.

The conclusion for DOL is that the business must maximize the usage of its operating expenses to offset the consequences of potential future changes in sales.

Any organization's principal goal is to maximize its value while reducing the amount of money it needs to operate. As a result, DOL varies greatly between 2012 and 2016, rising and falling in successive years.

The study concludes that equity and debt must be carefully managed and large enough to cover Tata Motors' fixed costs.

What the Degree of Operating Leverage Can Tell You

The DOL brings a lot of sensitivity to the organization's EBIT with the changes in sales, with all other factors held constant. As a result, analysts can use the DOL ratio to predict how changes in sales will affect the company's earnings. 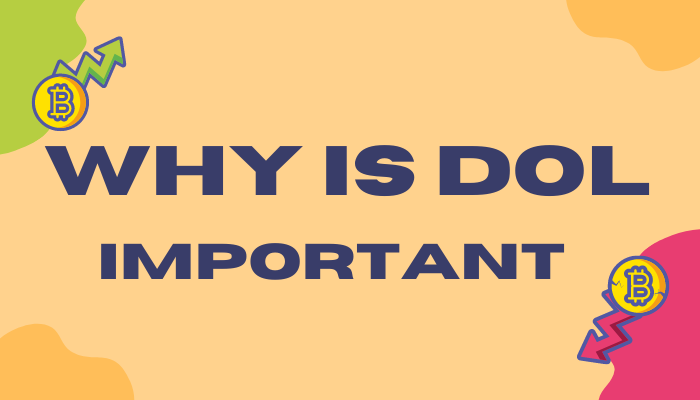 A company's fixed costs ratio relative to its overall costs is known as DOL. It assesses a company's breakeven point, at which sales are sufficient to cover all costs and yield no profit.

Due to the high amount of fixed costs in an organization with high DOL, a significant increase in sales may result in outsized changes in profitability.

A business with low operating Leverage incurs a high percentage of variable costs, which results in a lower profit margin on each sale but less need for sales growth to offset its lower fixed costs. 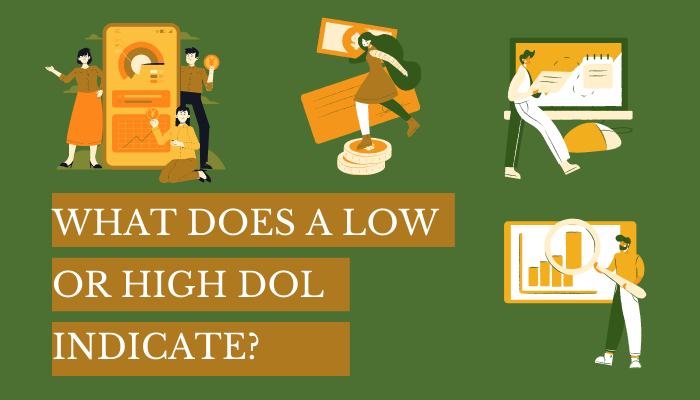 A company's DOL could be high or low. A high DOL often denotes a higher ratio of fixed to variable expenses in a company. This implies that growing the company's sales could result in a notable rise in operating income. Still, it also means a bigger operational risk for the business.

Profits may suffer if there is a downturn in the economy or the company has trouble selling its goods or services because of its high fixed costs, which won't change no matter how much the business sells.

Businesses with a low DOL will have greater variable costs due to increased sales; therefore, operating income won't grow as sharply as it would for a business with a high DOL and lower variable costs.

However, because businesses with low DOLs typically have fewer fixed costs, they don't need to sell as much to cover these expenditures. They are, therefore, better able to withstand economic ups and downs.

Instead of evaluating firms, compare your company to others in your field to determine whether you have a high or low DOL. Naturally, some industries have more expensive fixed expenses than others.

In contrast to a retail store, which may have lower fixed costs but higher variable expenses due to the constant buying and selling of goods, a software company typically has greater fixed costs, including the frequently high wages of its developers.

Concentrating on your industry vertical is the easiest strategy to determine how you stack up against rivals.

DOL vs. Degree of Combined Leverage

We can look at the DOL by studying it in comparison and collation with the Degree of Combined Leverage. The degree of combined Leverage is the gearing ratio that helps the user to understand the effect the DOL and the DFL have on the earnings-per-share(EPS) of the organization, keeping changes in the sales levels in sight. 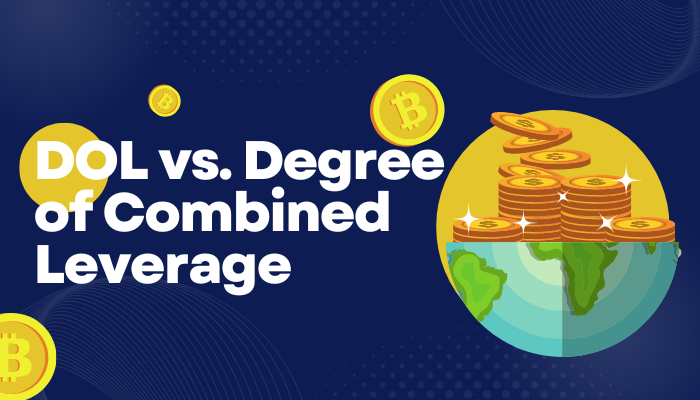 Another leverage ratio is DFL. This reveals the sensitivity of the company's EPS to changes in operating income brought on by adjustments to its capital structure or the ratio of debt to equity used to fund operations. Here is how to determine DFL:

The DFL can also be defined as the ratio of EBIT and Profit-Before-Taxes.

This ratio sums up the impacts of combining financial and operating Leverage and the effect on the company's earnings of this combination or variations of it. Although not all businesses use both operating and financial Leverage, this method can be applied if they do.

Finding your degree of combined Leverage (DCL) is simple once you know your DFL and DOL, which you can figure out using the formula shown in the next section. For example, simply multiplying the two results in:

To optimize their revenues, businesses employ DCL to determine the appropriate degrees of operational and financial Leverage. But not all companies take into account both DOL and DFL. As a result, the DCL formula won't be helpful to those who don't use both.

Degree of Operating Leverage vs. Degree of Financial Leverage

Leverage often refers to the influence of one variable over another. Leverage in financial management is similar in that it relates to the idea that changing one component will alter the profit. 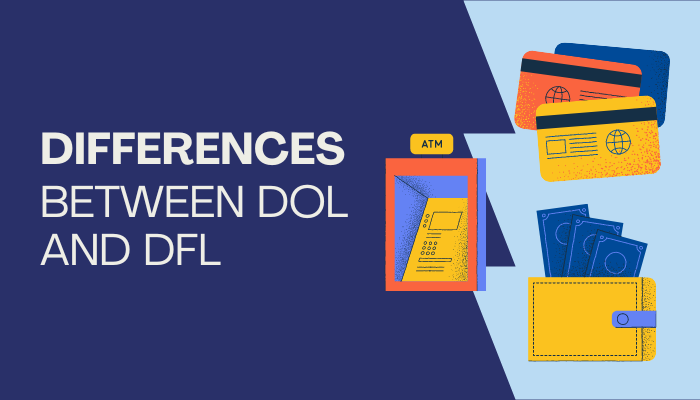 It suggests using a resource or source of capital, such as debentures, for which the business must incur fixed costs or financial fees to generate a greater return.

The sum of the two leverages is known as combined Leverage.

Financial Leverage indicates the change in EBIT on the EPS level. In contrast, DOL highlights the impact of changes in sales on the company's operating earnings.

The critical distinctions between operating Leverage and Financial Leverage are as follows:

Contrarily, High DFL is the ideal option since only when the ROCE exceeds the after-tax cost of debt will a slight increase in EBIT result in a larger increase in shareholder earnings. 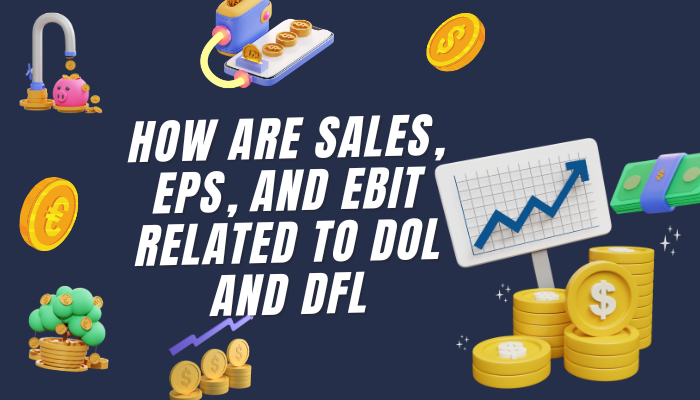