A Naked Credit Default Swap (CDS) is a financial instrument that allows investors to effectively short-sell credit default risk. This means that the investor holding a naked CDS is protected against default risk for an underlying asset they do not own. 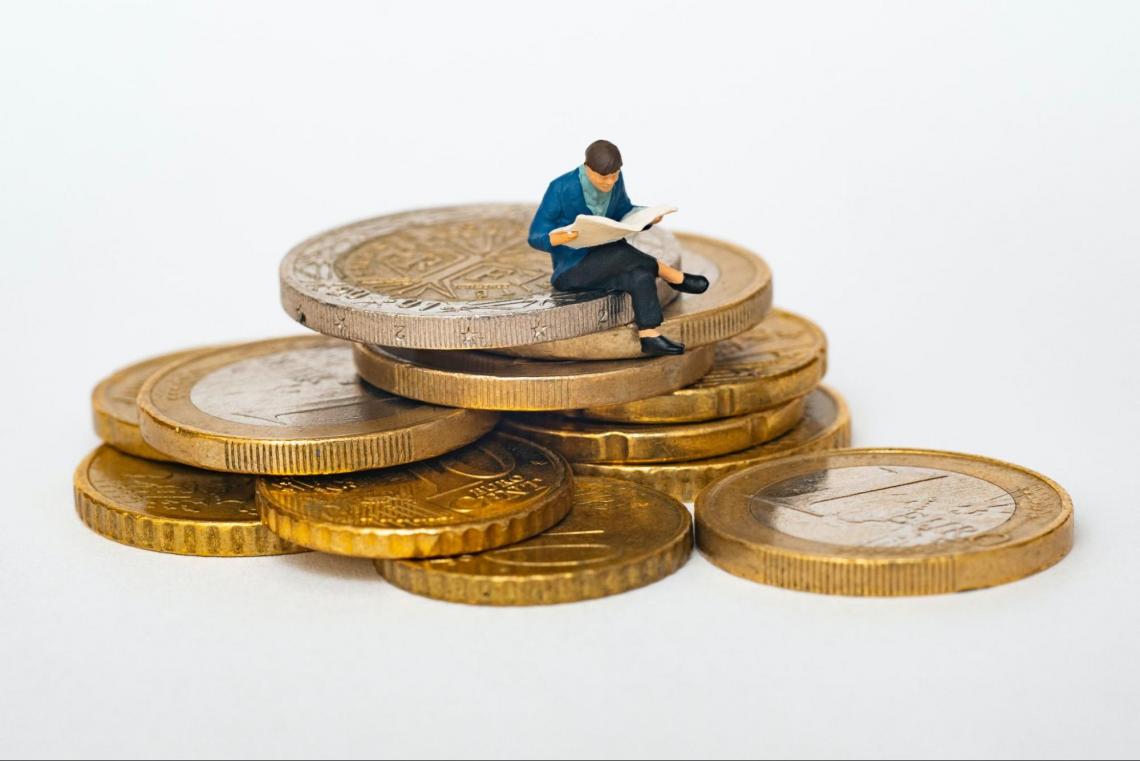 Therefore, a naked CDS is different from a regular Credit Default Swap (CDS) because the investor holding a 'naked' position through the purchase of the naked CDS does not own the underlying asset they are protecting.

Hence, naked CDSs allow market participants to buy and sell 'protection' for default risk on assets they do not own.

This allows for speculation on the financial health of assets such as sovereign and corporate bonds without being exposed to the underlying asset. This strategy has become popular among risk-tolerant investors.

For a regular credit default swap (CDS), an investor purchases a financial derivative that swaps or offsets the credit default risk to another party. Hence, the investor selling the CDS promises to reimburse the buyer the insured amount in the case of a default.

The 'insurance' on the risk of default is sold at a premium based on the market perception of the probability of default.

Therefore, different firms and governments are judged by the market on their creditworthiness and financial quality, which determines the price of the credit default swap.

Hence, the value of a CDS changes as market perceptions of the underlying entity shift with new information. This leads to gains or losses for parties invested in these financial instruments.

The 'spread' on a CDS is the amount the buyer of the CDS pays annually to the seller for protection against default.

CDSs allow investors to cover their default risk for a premium. Hence, it is similar to purchasing put options on an equity portfolio to hedge a portfolio against a market downturn. 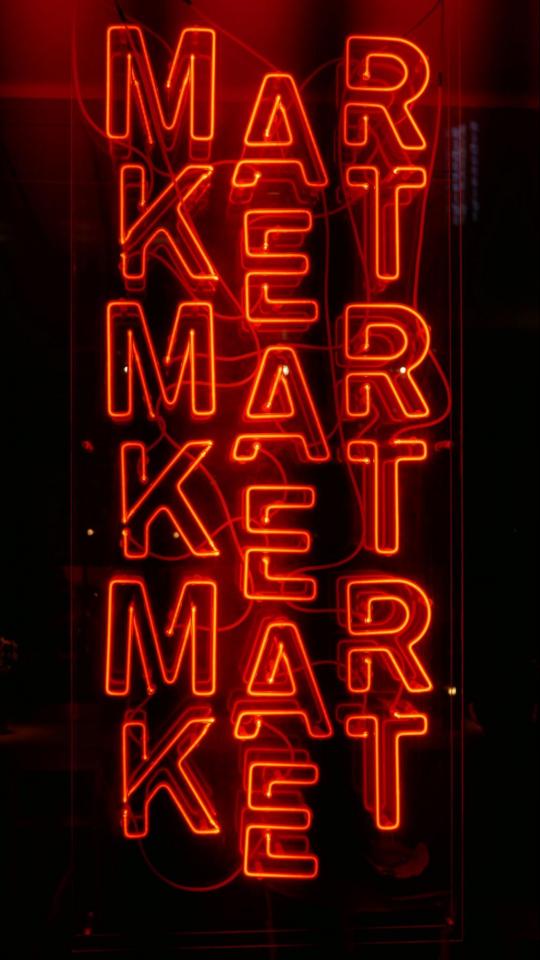 Naked credit default swaps have increased the liquidity and scope of the credit default market, as investors selling and buying naked CDSs can speculate on the financial health of the asset without actually owning the underlying asset.

In both cases, the investor does not own the underlying asset. Therefore, investors are speculating on the default likelihood of the underlying entity.

The movie The Big Short is based on a real-life event where a hedge fund manager from California called Michael Burry predicted the financial crisis in 2008 and thus bought large credit default swaps, making about $700 million.

default swaps on his underlying assets due to rising fears of default due to the COVID-19 pandemic. This turned his $27 million default premiums into $2.6 billion in 30 days.

You can learn more about this event through this article.

Suppose your research indicates that McDonald's Corp (NYSE: MCD) is likely to default on its bond payments. Therefore, you purchase a credit default swap, and since you do not own the underlying asset, you are holding a naked credit default swap. 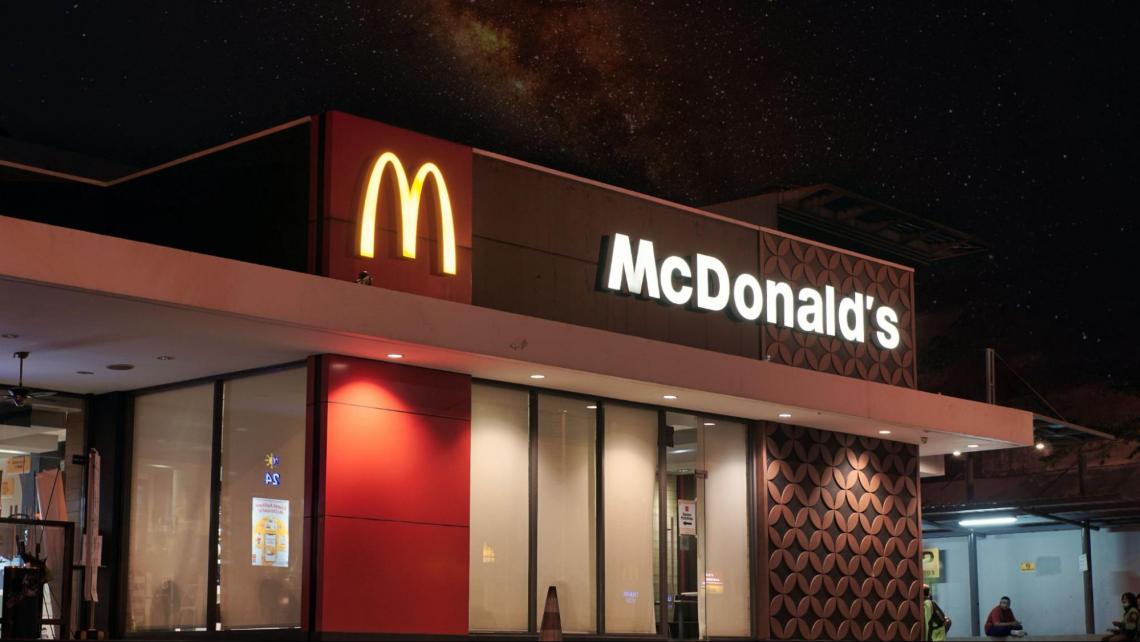 Suppose you purchase a CDS on the bonds with the following characteristics:

Imagine that Mcdonald's Corporation defaults in the third year after your analysis. You are thus paid the promised $2 million from the writer of the CDS. This position only cost around $30,000 to enter but provided a $2 million return.

The valuation process of credit default swaps is inherently tricky as investors perceive 'value' differently. This is due to the variability in forecasts on the future financial standing of an entity. Further, there are inherent differences in the risk appetite of investors.

Therefore, the differences in how optimistic a potential investment outlook is can significantly affect whether an investment is worth the cost.

According to a Bloomberg white paper, the following equation from the Hull and White valuation model can be used to judge the value of a given CDS:

This equation calculates the present value of the payments in the agreement, ultimately aiming to understand the payments made and received based on default risk. Of course, estimating default probability can be done using various models.

The default probability is inherently complex to arrive at accurately. Therefore, there are various ways this can be calculated. For example, many models that calculate bankruptcy risk use metrics such as the Altman Z-score.

Further, the CDS spread can be calculated using the formula below, which considers default probability and discounts cash flows, as included and explained in the same white paper.

These formulas can be adapted to a naked CDS transaction by including the fact that the investor is not exposed to the risk of the underlying asset defaulting. Therefore, the payments made to the investor are already null in case of default or otherwise.

Naked credit default swaps allow market participants to speculate on a borrower's creditworthiness and their ability to make payments or default. These swaps allow investors to make investment decisions based on forecasts and perceptions.

However, there has been much discussion about the issues associated with this financial instrument. 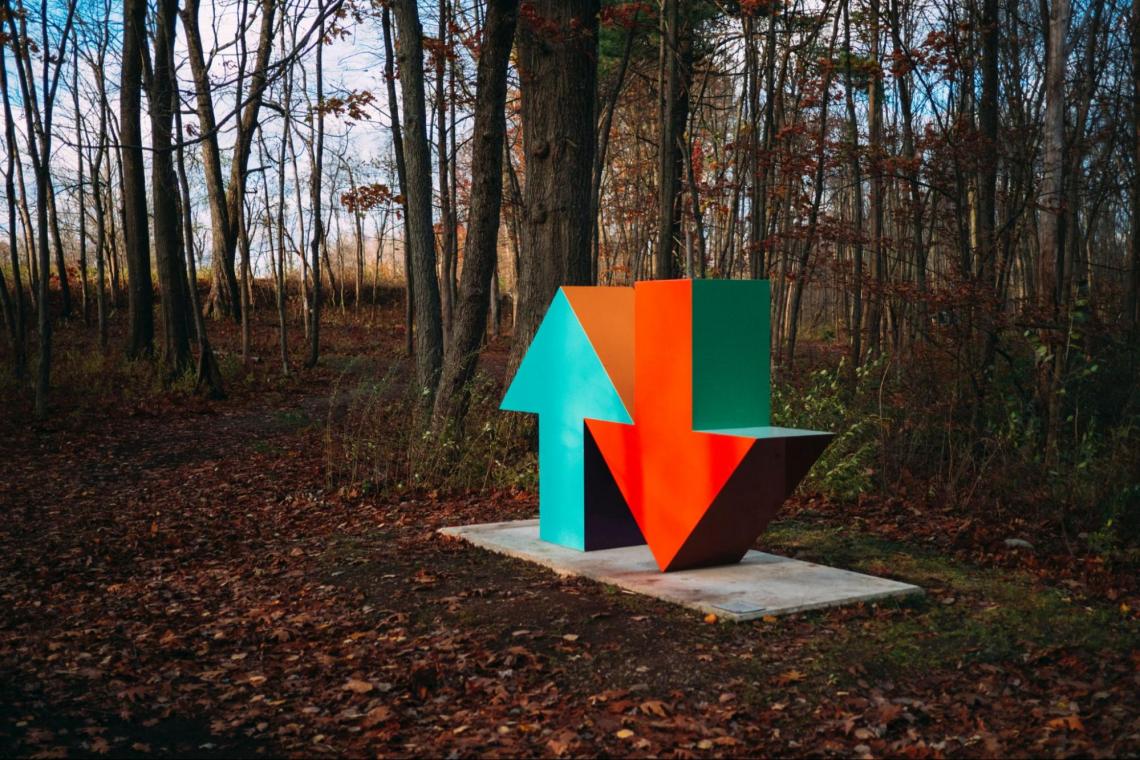 As established before, purchasers of naked CDSs can effectively short a borrower's credit. This flexibility should, in theory, create a more efficient market as investors in such positions create liquidity and hence reduce the lags associated with fair value delivery.

This means that markets react more quickly to changes and correct fair value.

For example, suppose a recent analysis indicates that a borrower's credit default risk has increased. In that case, market participants can react quickly and make investment decisions influencing the price to correct fair value.

Hence, market inefficiencies can be addressed in a shorter time frame. Even so, naked CDSs are controversial due to the ethics/moral issues associated with such a position.

Let's consider a scenario where there is a shift in market sentiment. Recent news and financial balance sheets have indicated that a firm's creditworthiness has fallen drastically, and there is little tailwind suggesting that the firm can establish a stronger financial position in the future.

This means that the firm is likely to miss its obligated bond payments.

Unsurprisingly, retail investors and hedge funds would recognize such an opportunity and react quickly to purchase naked CDSs. Moreover, since they do not own the underlying asset, they have a comparatively low-risk position than other investors who own the buy and only need to pay a small premium for a likely large payout.

Therefore, there is a strong incentive for such positions because of the risk-return ratio. Thus, the market becomes dominated by buyers of the firm's credit default swaps, and, in comparison, there aren't as many sellers.

This is imperative to recognize as a problem, as the individuals bearing the risk of credit default are fewer than those that need to be reimbursed. Moreover, this mismatched market structure increases the likelihood of the underlying firm defaulting due to reasons soon to be discussed. 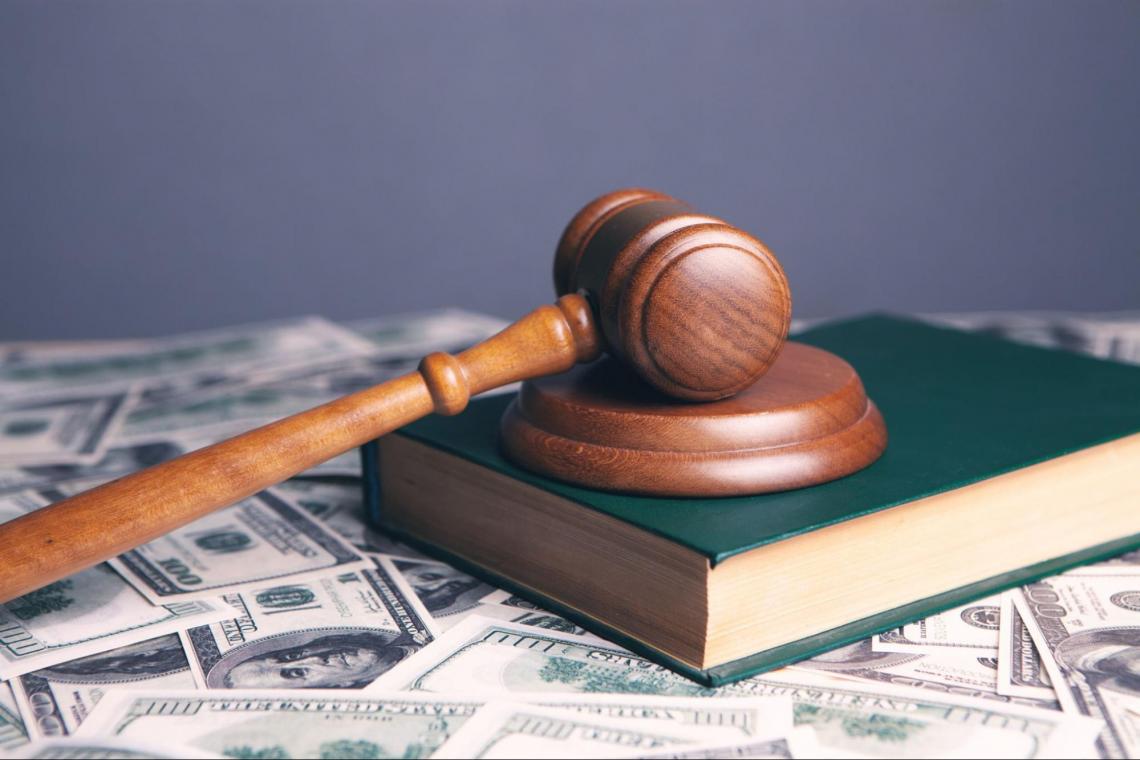 However, this would not be the case if this market was regulated to only investors with an existing position in the asset. Hence, the number of buyers would only be limited to individuals with direct exposure to default risk.

Due to the effects, naked CDSs can have on the financial system; regulation has been introduced in many countries like the EU, where a naked CDS position was banned.

Why is the purchase of a naked CDS being restricted?

Although a naked CDS provides investors with flexibility and opportunity, there has been a lot of debate on its ethicality. However, investors and individuals alike need to ask themselves if such practice should be restricted, as the nature of a naked CDS is complex.

One of the leading issues in discussion regarding naked CDSs is moral hazard. This refers to a situation where an individual is incentivized to take on more risk or make morally 'wrong' decisions as they are not the full bearer of the costs of the risk.

For example, purchasing a naked CDS spread is like being in a situation where a person is purchasing fire insurance on someone else's house.

The purchaser does not have insurable interest and therefore has a financial incentive to do everything in their ability to create or influence a scenario that increases the likelihood of them being able to make a claim. 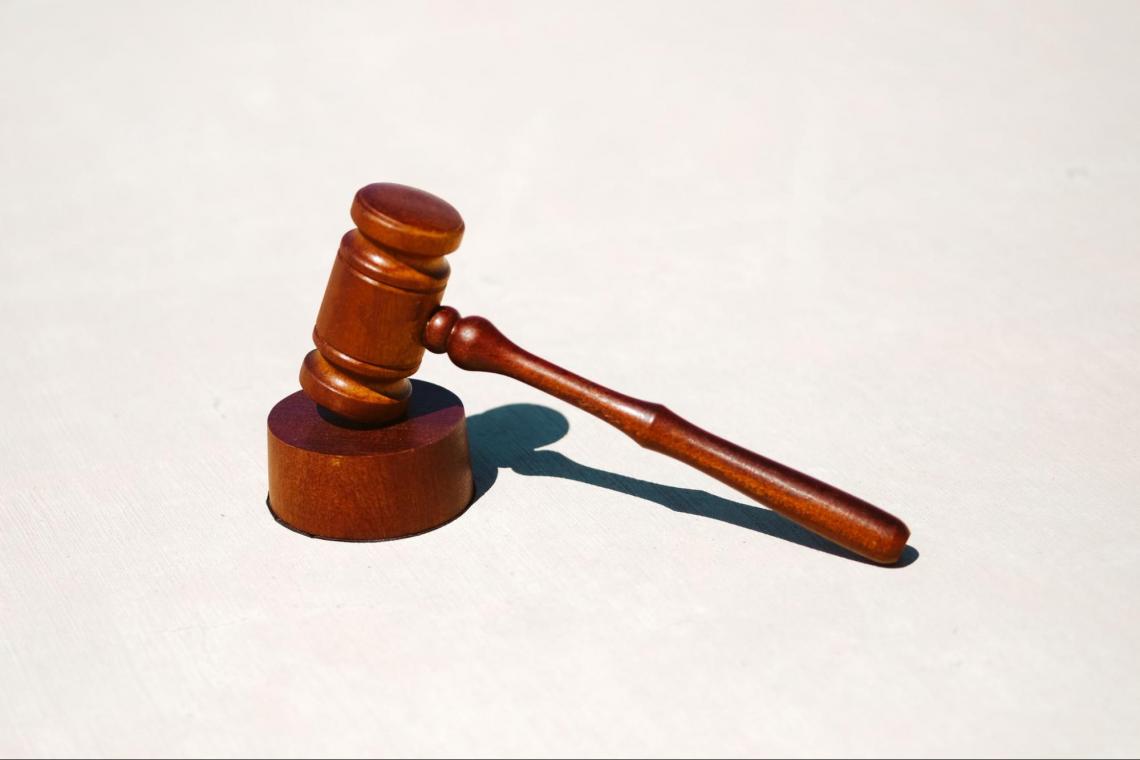 Therefore, purchasers of a naked CDS do not bear the cost of the underlying asset defaulting as they do not own it. Hence, they have an incentive to use their influence to force a default for self-benefit.

Points against allowing a naked CDS purchase are valid; however, one needs to question the costs and benefits of this position and understand the moral constructs.

How is a naked CDS different than naked short-selling?

A naked credit default swap is where an investor purchases default risk insurance for an underlying asset he does not own. Essentially, the investor is shorting the underlying firm's ability to pay its debts.

This is different from short-selling, where investors sell a stock they do not own to buy it later at a lower price hopefully.

Naked CDSs have many benefits that they bring to the derivatives market. However, there is a rising consensus that these financial instruments do more harm than good.

Naked CDSs raise moral hazard issues, as significant hedge funds and private equity funds have a financial incentive that encourages unethical behavior. This is because having a naked CDS position can be compared to having life insurance on someone else's life.

In this situation, the life insurance policy owner would want the person the policy covers to die, creating an incentive to do anything to increase the likelihood of that person passing away.

There have been many instances where the naked CDS position of a creditor in a holding company means that the creditor has an economic incentive to force a default on the firm. This can be by not cooperating or simply making things difficult.

This is incredibly impactful for an already financially-strained firm attempting to restructure successfully.