Have this weird itch to move to Los Angeles from the East Coast... Maybe it's just the cold weather kicking in, but I'm beginning to look into it more seriously.

Some RE private equity group / REITs I have found that have operations in LA. It's hard to find these groups as many companies aren't headquartered out of LA, but have a regional office there. Would love for other contributors to add to this list if possible. Also open to hearing about major debt funds or investment banks that operate here:

HCP (Or is this san Diego?)

Anyone on here work in real estate in LA? How do you like it?

How feasible is it for an east coaster to move to LA and build a RE Career there? I have noticed a ton of Job Postings in LA that require candidates to be local - seems more common relative to other cities 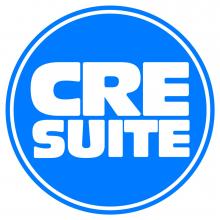 Two to add: Gaw has an office Downtown and Rialto has an office in Santa Monica. PCCP seems like a great place to land if you can get your foot in the door there.

I personally don't think LA is a challenging city to move to, especially from NYC. Professionally speaking, NYers have a weird halo effect in LA.

As for your question about if I like living/working in LA, it's too broad in its current form for me to be helpful. What specifically would you like to know about?

Two to add: Gaw has an office Downtown and Rialto has an office in Santa Monica. PCCP seems like a great place to land if you can get your foot in the door there.

I personally don't think LA is a challenging city to move to, especially from NYC. Professionally speaking, NYers have a weird halo effect in LA.

As for your question about if I like living/working in LA, it's too broad in its current form for me to be helpful. What specifically would you like to know about?

Hard for me to comment on Atlanta/Chicago, haven't spent enough time in either city to make any substantive comparisons. That said, LA is many things to many different people. It's a city of transplants, and as such it doesn't really have much of its own identity. If you want to be a hipster, you'll have a great time on the Eastside. If you're more of the "regular bro" type of guy, you'll like Santa Monica/West LA. If you're more trendy/"cultured", you'll feel most at home in WeHo/mid-City. If I had to compare any one part of LA to NYC (assuming this is where you are currently), I would say WeHo is the most similar. As far as making friends, it's different by subculture. Many of my friends moved to LA after undergrad, so I had that network. Additionally, "clubs" are really big in LA. Beach Clubs (Jonathan Club, Beach Club, BABC, etc.), Drinking Clubs (SoHo House, etc.), Golf Clubs (Bel Aire, Hillcrest, LACC, etc.) are a few of the main food groups. The central thread there is exclusivity - this is a source of self worth for many in LA. On the other hand though, the Eastside rejects that type of culture. Kind of goes back to the original point that LA is many things to many different people.

Agree with you on Denver - LA is much more diverse. I'd say the closest approximation would be beach culture, which is more pervasive the more coastal you are (ie. more prevalent in Santa Monica than WeHo). I left LA somewhat recently because I didn't really vibe with the type of person there. There's a Frank Lloyd Wright quote that I think is quite apt: "Tip the world over on its side and everything loose will fall in Los Angeles". For every person you meet in LA who's thriving/successful, you'll meet another who's wildly unaware of how "lost" they are. Lots of people with "Peter Pan syndrome" there. The other thing worth mentioning is education - LA is not an educated city in general. This will be an adjustment coming from the East Coast, where much more of a premium is put on education.

Dating scene is highly dependent on what you're looking for. Easy to find attractive women, but hard to find substance. I found it really challenging to talk about meaningful things with the women I dated in LA. I look for an intellectual equal in a girlfriend (note: I am by no means gifted intellectually), other cities are far more suited to this than LA.

Hope this helps. I'm beyond grateful that I no longer live in LA, but that's not to say it won't be a good fit for you.

LA rocks and the weather is fantastic. If you are an active person and like the outdoors you will enjoy it much more than the East Coast.

There is definitely a lot more fake/BS people in LA, but you can easily find a social circle of normal working professionals without issue. One of my favorite things about LA is how dynamic the population is; you can make working professionals your core group of friends but meet artists, musicians, producers, fashion people, etc. at the same time through other connections. It really is an interesting place from the standpoint of the different types of people and cultures you can find.

Generally speaking, west side has more of the working professional community, while west hollywood/silverlake/eagle rock have more of the entertainment industry, gay community, artists, etc...but that's just a generalization.

In the professional world, IMO it is easier to stand out if you are good at your job; there is a lot more nepotism and people who are wealthy by inheritance or family association than those who have earned it on their own.

I know a guy at ACORE Capital. Debt fund in LA. Very strong team.  There's also Hudson Pacific Properties, Commonwealth Partners, and Rexford Industrial just to name a few. There are plenty of firms in LA

All great firms but none are "private equity" groups. The last three are owner/operator/developers and ACORE is a debt fund