The total amount of money after subtracting interest expense from interest revenue. 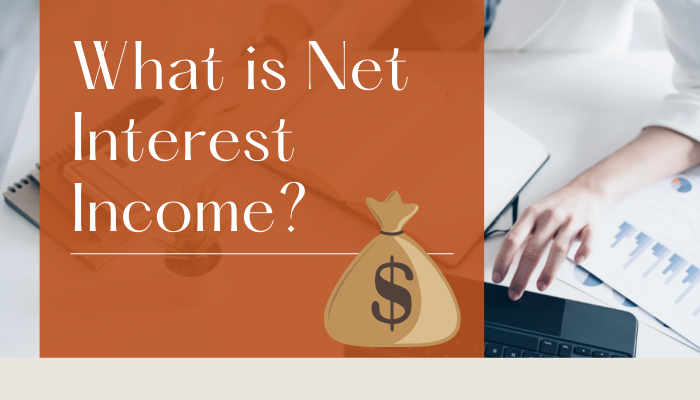 It is a measure of financial performance that reflects this distinction between the two. A typical bank's assets consist of various loans, such as commercial and personal loans, in addition to mortgages and securities.

The liability consists of deposits made by customers, which are rewarded with interest. The term "net interest income" refers to the sum that results after subtracting the interest paid out on deposits from the interest earned on assets. This is the total amount of revenue produced directly from the aforementioned disparity.

Some banks' ability to generate net interest income is more susceptible to interest rate fluctuations than other banks. 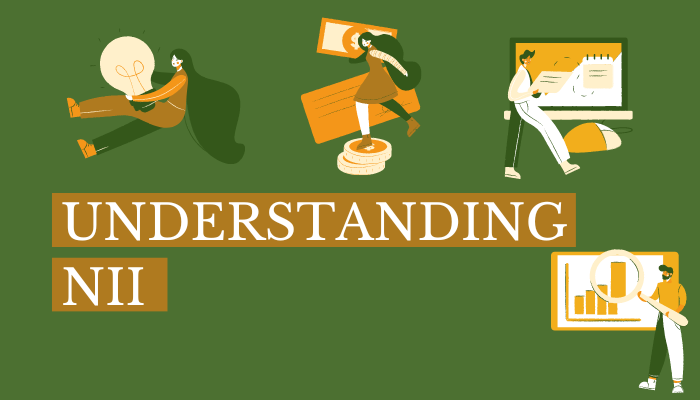 Mortgages, auto loans, personal loans, and loans secured by commercial real estate are diverse types of assets that can earn interest for the bank. Because each type of loan is associated with a unique potential loss, the interest rates the bank can expect to receive for them will also vary.

The composition of a bank's holdings will affect the net interest income it generates from its assets. In addition, the interest rate on a loan of the same type can be either fixed or variable, depending on the particular consumer.

This is something that frequently happens with mortgages because most banks offer fixed-rate and adjustable-rate mortgages to their customers.

It is possible for a bank to generate more interest income from its assets than it does from the interest it pays out on its liabilities; however, this does not always indicate that the bank is profitable. 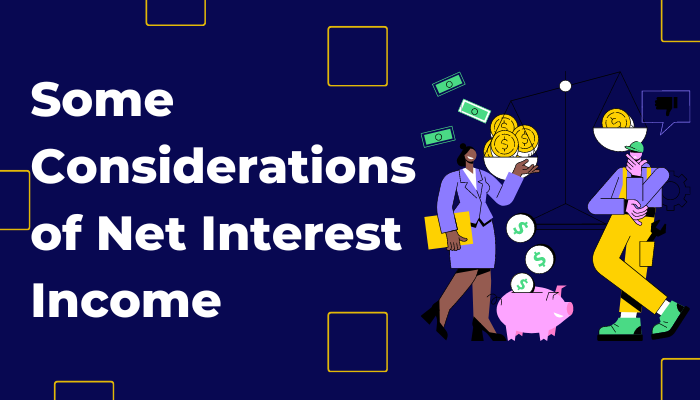 The additional costs that accompany running a bank are comparable to those of running any other type of business and include things like rent, utilities, employee wages, and management salaries.

The result might be negative if we consider all of these costs and deduct them from our interest income.

However, in addition to the interest they collect on loans, banks can also have other sources of revenue, such as fees from investment banking or investment advisory services. These are two examples.

When determining whether or not a bank is profitable, investors should look beyond the net interest income and consider ancillary revenue sources and expenses.

An asset that gives an investor interest income

An asset that provides a dividend or interest income to an investor. One way to generate interest income is to keep money in accounts that pay interest, such as certificates of deposit and savings accounts, at financial institutions.

Bonds are debt instruments. Bonds are financial instruments that typically offer holders a yield in addition to a fixed interest rate.

When the government has an immediate and pressing requirement for financial resources, it will issue Treasury bills.

The central government can only issue these bills, and the interest that accrues on them is determined solely by market forces. Therefore, finding the difference between the purchase and selling prices is the first step in calculating interest.

Once you have that number, you can use it as the basis for the rest of your calculations. For example, if interest rates drop across the board in the economy, this will result in a gain on the investment.

This gain will also occur if Treasury bills are sold before the date on which they reach maturity.

Security that, if held to maturity, is guaranteed to produce a return greater than the inflation rate is referred to as inflation-indexed security. 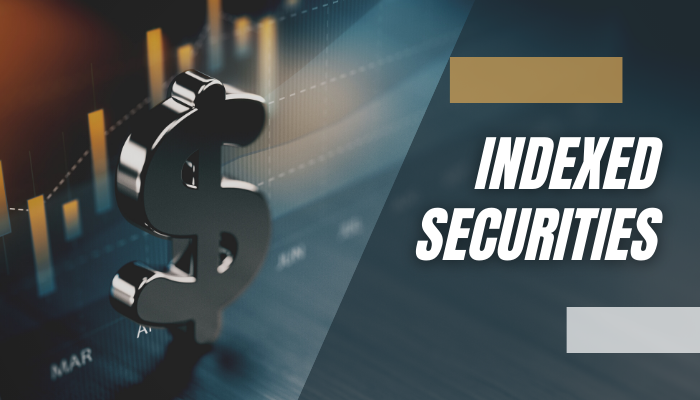 The capital appreciation of inflation-indexed securities, as well as their coupon payments, are linked to the rates of inflation.

When it comes time for the securities to mature, the payable balance is increased to account for the effects of inflation. As a result, indexed securities offer investors an interest rate lower than the rate currently being offered on the market.

When the note reaches its maturity date, if the adjustment has resulted in a gain, the amount of that gain is added to the interest income.

Suppose the adjustment causes the interest rate to take on a negative value. In that case, it will be eligible for deduction under the terms of the interest rate deductibility criteria, assuming those criteria are satisfied.

When certain parameters are applied to the creation of security, resulting in creating a hybrid instrument, that security will have characteristics of both equity and debt securities.

Hybrid financial products offer a return guaranteed to be paid out at maturity, based on the movement of a pre-specified market index, on a date that has been determined in advance.

This return is based on the movement of a market index determined in advance.

Assets that give a bank interest income 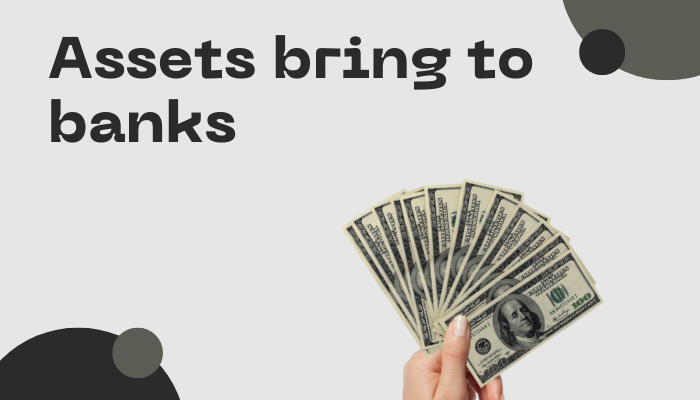 As a direct consequence, it refers to the difference between the amount that borrowers pay for their loans and the amount lenders receive from lending.

To put it another way, banks perform the role of watchful middlemen between individuals who deposit funds and individuals who borrow money. Banks typically provide customers with the following types of common financial products:

Earnings in the form of interest are derived from investments made by a company as well as the interest accrued on any debt that the company holds.

The organization's balance sheet is composed of loans and credit lines carried over from the prior period.

To determine the interest revenue, first, take the gross carrying amount of the financial assets and apply the effective interest rate to that number. After doing so, one can determine how much money was made from interest. There are only two outliers in this calculation when compared to the typical value:

The cost that an organization must pay to service its interest obligation is referred to as an interest expense. 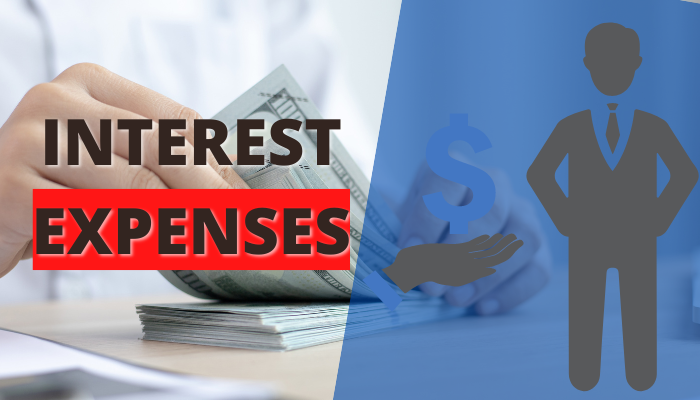 The interest expenditure is categorized as a non-operating expense on the income statement.

It represents the interest that must be paid on any borrowings, whether they be bonds, loans, convertible debt, or lines of credit. The price that the lender charges the borrower in a financing transaction is the interest expense, also known as the cost of borrowing money.

In other words, the interest expense is the price the borrower pays for the privilege of the lender lending them money. The accumulation of interest on obligations that have not yet been satisfied is called "accretion."

There are numerous examples of this, including business-to-business financing and deposits from retail customers.

The formula to calculate these expenses is as follows:

It is a profitability ratio that is exclusive to the banking industry and other types of financial institutions that make loans on assets that earn interest. Specifically, it is referred to as the net interest margin.

The net interest margin (NIM) is a measurement that compares the amount of net interest income a financial company generates from credit products such as loans and mortgages to the amount of interest it pays out to holders of savings accounts and certificates of deposit (CDs).

The net interest margin (NIM) is a profitability indicator that provides a rough estimate of the likelihood that a financial institution, such as a bank or investment firm, will continue to be successful over time. 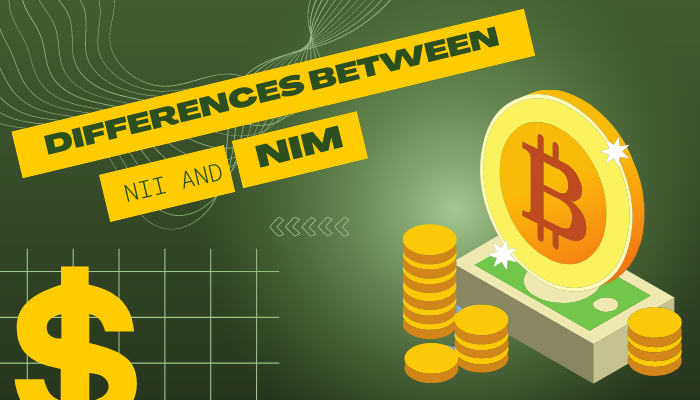 The company may take corrective action in the second scenario by applying funds toward outstanding debt or shifting those assets toward more profitable investments.

NII can differ significantly from one bank to another depending on the nature of the loans made, the quality of the assets held, the change in yield on interest-bearing assets, and the interest rate paid on deposits. 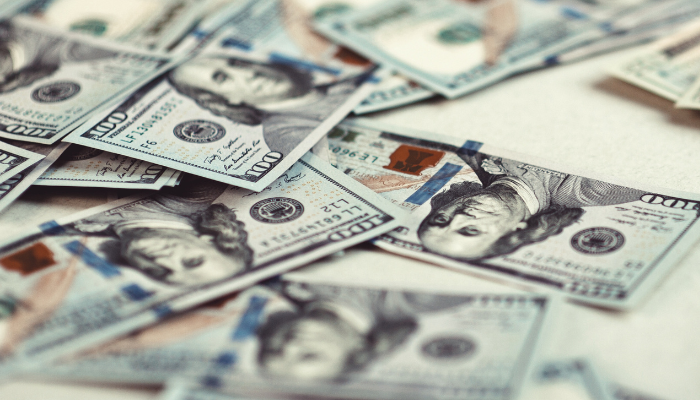 In general, the spread between rate-sensitive assets and rate-sensitive liabilities ought to rise at a faster rate in comparison to one another if banks are required to earn a higher NII.

Similarly, the NII would experience a decline if there was a narrowing in the spread between rate-sensitive assets and liabilities. A rise or fall in non-performing assets (NPAs) over time can also affect NIIs, and this can happen either positively or negatively.

NII and NIM are calculated after being measured over time, typically anywhere from a quarter to a year. These measurements, highlighted in the bank's quarterly results, are used for calculating purposes.

Every quarter, the Federal Financial Institutions Examination Council (FFIEC) publishes a figure that represents the average net interest margin for all of the banks in the United States. 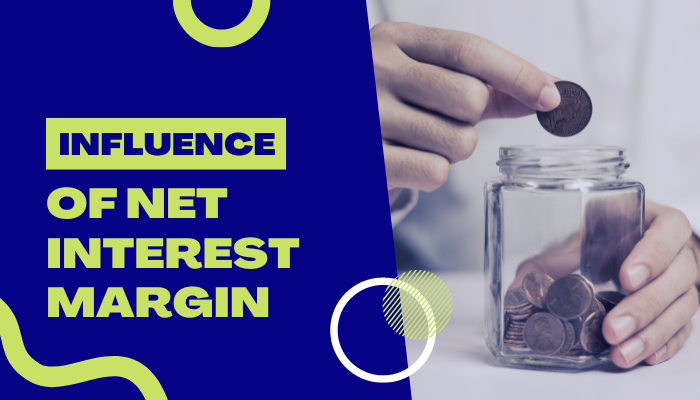 Since it was first recorded in 1984, this figure has generally followed a downward trend, averaging around 3.8 percent throughout history.

As an illustration, after the financial crisis that occurred in 2008, banks in the United States operated with decreasing net interest margins due to a falling rate that reached levels very close to zero from 2008 until 2016.

The average net interest margin for banks in the United States dropped by nearly a quarter of its value during the economic downturn that began in 2008 and did not begin to recover until 2015.

If a bank's loan portfolio is worth $1 billion and earns an average interest rate of 5 percent, it will bring in $50 million from interest revenue. 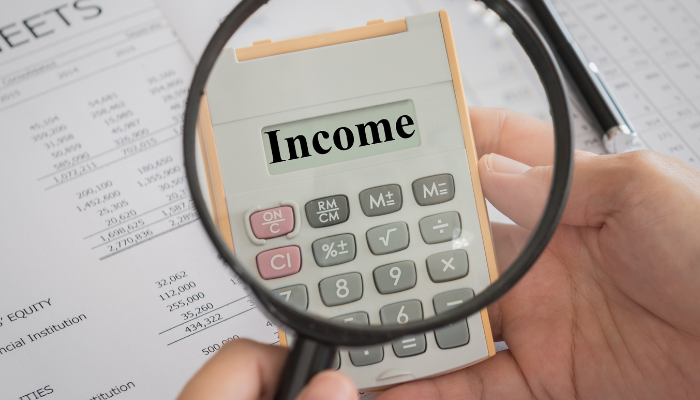 If the bank has outstanding customer deposits of $1.2 billion, earning interest at a rate of 2 percent, its interest expense will be $24 million. Again, this is on the liability side of the balance sheet.

In FY2020, the net interest income of two of the largest financial institutions in the world, JPMorgan Chase (JPM) and Bank of America Corp. (BAC) saw significant drops compared to FY2019 levels.