Tips for Freshman for The Sophomore IB Interview Process

Now one common theme I've noticed was the whole idea of needing to network and know someone to get your foot in the idea. Does it help? Yes, quite a bit if you have the opportunity to do so. But I did not network at all until I got my Superday invitations so that wasn't an option for me. However, I will say that prepping well in advance is something that is paramount, as I did not do that initially. Understanding how to approach the behavioral questions is just as important as the technicals for sophomore positions, as you wouldn't have had much experience so firms tend to shy away from placing a majority of emphasis on technicals. However, you should have them nailed and in your back pocket. If anyone needs any IB resources or material, feel free to pm me and I'll send it right over!

You need to break it down and understand what do recruiters look for? A strong demonstrated interest in finance as a whole and IB of course. So the easiest things to do were to get into a bunch of insights series. That shows your interest in finance by simply being a part of them. Next step is getting some experience. I did about 5-6 of them and it paid dividends during the early stages of the process.

What did I base my work experience on?

The Next step is getting some experience. So I had a lot of "work" experience related to finance early on and had a 3.96 GPA. All of the stuff I will list is what I did as a freshman

Student Led Investment Fund- Was a partner so I held a big role, and my work was based off of IB concepts

What were my other Extra-Curricular's?

I did a lot of other activities such as ones with D.E. Shaw and Evercore so I'd say that I was really starting to get a leg up around then. I was also an NAACP writer, created a few diversity programs for underrepresented backgrounds, and a few more stuff. All of the other stuff shows I am human and have other interests

What materials did I use to study?

Now you will have a good chance of getting to the interview stages. I used the M&I 400 Guide, read a few IB textbooks, and used the Hirevue questions guide. Pm me if you want the links to them! These were very important as it showed during the interview process that I had quite a bit of knowledge on IB.

One of the best decisions I made was to put an interests section at the bottom of my resume. This really allowed me to have more engaging conversations with my interviewers and talk about different things rather than the template questions they already have. I made sure to brush up on the technicals but really nail the behaviors such as Why IB, Why this firm, Why What does an Analyst do, etc. This emphasizes your knowledge in a different way than simply just remembering technical questions such as how to do a DCF or how to calculate terminal value.

It is not down to simply "networking" or "luck", as you really have to show major demonstrated interest on your resume. Along with that, being likable is one of the biggest things in order to get past the Hirevue stages or even final-round interviews. I showed that I was extremely determined and motivated to break into IB during my interviews, but I was also very calm and cracked a few jokes because at the end of the day it's not life or death. It's very competitive to get these sophomore positions but if you surround yourself with the right network and study the materials you will give yourself a major chance of getting one. I hope this helped and feel free to pm me if anyone has questions!

Why would you downgrade from partner of an investment fund to an intern at a bank?

I want to shake his hand. Can he sign my copy of rosenbaum?

Are you diversity or non? 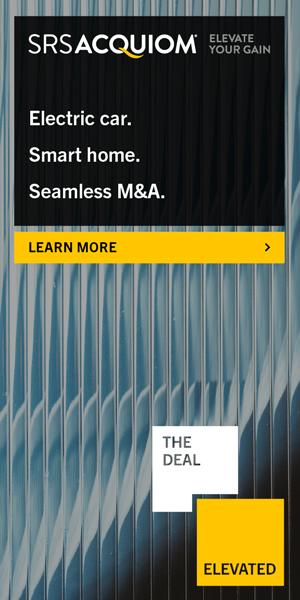 Not getting Referrals
+31JOBby monkeygorilla123
AMA: SWE visiting from blind
+29JOBby SoftwareEngineer
Headhunter Review: Parabolic USA/Carrer/LLC (i.e. Career Coach Service)
+27JOBby Thetoprat
I will get a £50k-£60k loan to do my master's in the UK. And I have a couple of questions...
+22JOBby TurkeyBacon
2024 FT Recruiting for Students with SA offers in hand
+15JOBby Intern in PE - LBOs
Sophomore at Non-target
+13JOBby Student7773
To Lie or not to Lie
+11JOBby prodigal_stunna
Trouble deciding between FT vs. Off-cycle offer
+10JOBby Prospect in IB-M&A
How To Transition From Engineering To Finance
+10JOBby BeachedWhale
Possibility of landing a job in asset management in US as immigrant
+9JOBby moopingz
END_OF_DOCUMENT_TOKEN_TO_BE_REPLACED