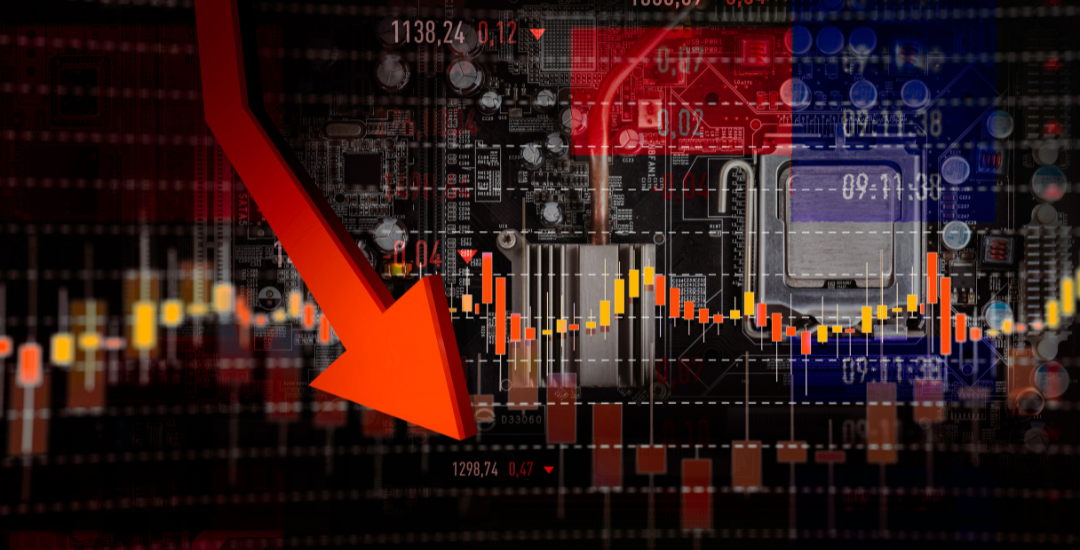 The Black Tuesday crash will be named one of the darkest days ever in the history of Wall Street. People have gone bankrupt, many companies have stopped their operations, and some of the company's shares went down by 50%.

Many economists say that it is because of huge investment through debt that people invest in the market without even thinking or analyzing the stocks which they are buying.

World War 1 resulted in a drastic boom in the manufacturing of guns which boosted the economy from WW1 to the end on October 29, 1929, when the market collapsed due to extensive overvaluation. 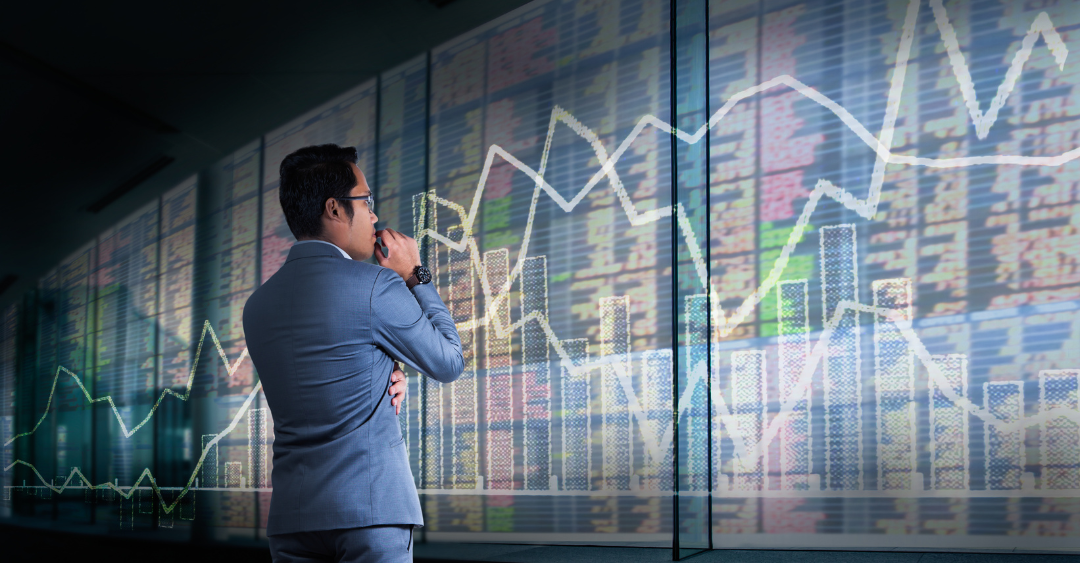 Investment Institutions taking out their money from the market decreased the value of the securities as they invested in massive amounts, which resulted in a devastating decline in the market.

The rise of the bear cartel in the USA market is where popular investors start shorting the market to gain money, there, they increase the speed of the market's downfall by doing shorting (short selling) in the market.

It is the process in which a person will gain profits by decreasing the value of the shares, and it became a fashion on Wall Street in 1929. Many financial institutions did this at that time to earn profits or recover.

An extravagant event on "October 29th, 1929" popularly known as Black Tuesday, was the biggest collapse in the Mighty American stock market till that date, it started crashing, and for the very first time, the Dow Jones decreased by 12%.

More than 16 million shares have been sold across the market, which is the highest at that time, with 14 billion dollars wiped off. That was one of the saddest days in the history of trading when a well-known company's share went down.

On 29th October 1929, with the opening bell of Wall Street, only three words were being said by all the people in the ring Sell! Sell! Sell!. It is the time in which the whole market collapses and starts selling, which makes the Dow Jones down by 12%+. 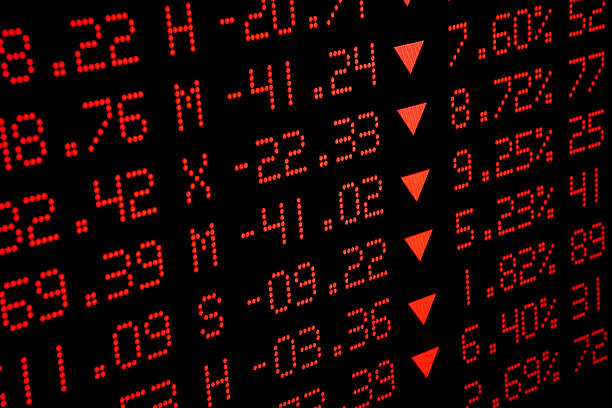 It started the Great Depression, which lasted for a decade. As a result, the purchasing power in the economy has decreased.

It was the first time people were not trusting the stock market for investing, and people started securing their funds on their own in cash or gold. They stop using banks for depositing or saving their money.

It was sad to see that after such a boom in the market from 1920-1929, it all started crashing suddenly just because of bad debt management by the financial institutions, and the banking institutions started using public deposit funds from the bank.

This means financial institutions allowed people to give loans for investing in the stock market, which was very volatile at the time of the 1920 and 30s, making it easy for people who wanted to invest in the market.

Banks started using the money of the people who were deposited there for saving purposes to invest in the securities market, popularly known as the stock market, without the concern of the account holder.

The story before the Black Tuesday

It all started from the start of the first world war due to the unexpected increase in the requirement for guns and different defense equipment, the manufacturing sector of the economy started growing. That it also increases employment opportunities in the defense sector. 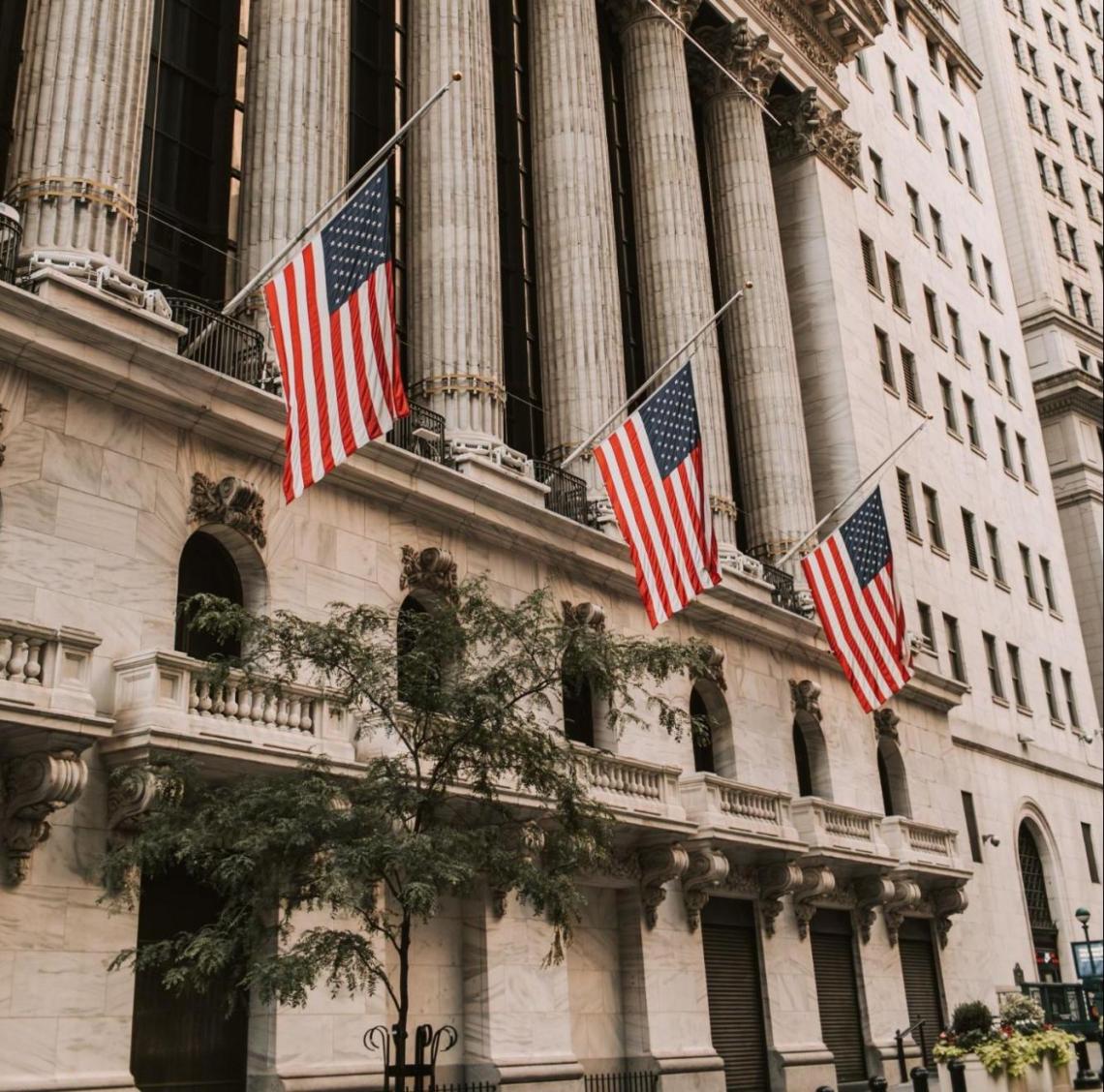 The US economy has been booming, and the government has started printing more currency to stabilize their economy after the economy becomes stable and people start getting to their jobs and earning, which eventually increases the purchasing power of the people.

This allowed the people of America to buy more goods and services and encouraged new entrepreneurs to start their businesses as the demand was at its peak. The market could not compete with the Americans' current demand and increasing purchasing power.

After satisfying their needs, people started finding ways to increase their wealth. Then people began exploring more opportunities for wealth creation where the stock market came into place, a place where people could buy securities.

Gradually the bank from where the people are taking loans also started investing in the market not by just their funds but using the depositor's money, or we can say the money of their customers. So due to this inflow of money into the stock market increased.

It creates a bubble in the market by using huge amounts of debt and depository money. In early 1929, economics experts predicted that there would be a slight correction happening this year, but it came out to be one of the biggest crashes in the stock market.

Story after the Black Tuesday

On 24th October 1929, Black Thursday, when it suddenly started crashing, the stock market went down by more than 10 %, which was a massive hit to the market where people started panicking, but the two days off (Weekend) they could not do anything.

But on Black Tuesday, the market went down by more than 13%, and a total amount of 30 billion dollars was wiped out from the market. More than 3 million shares were said in just one day, continuing by Wednesday at the end of October 1929. 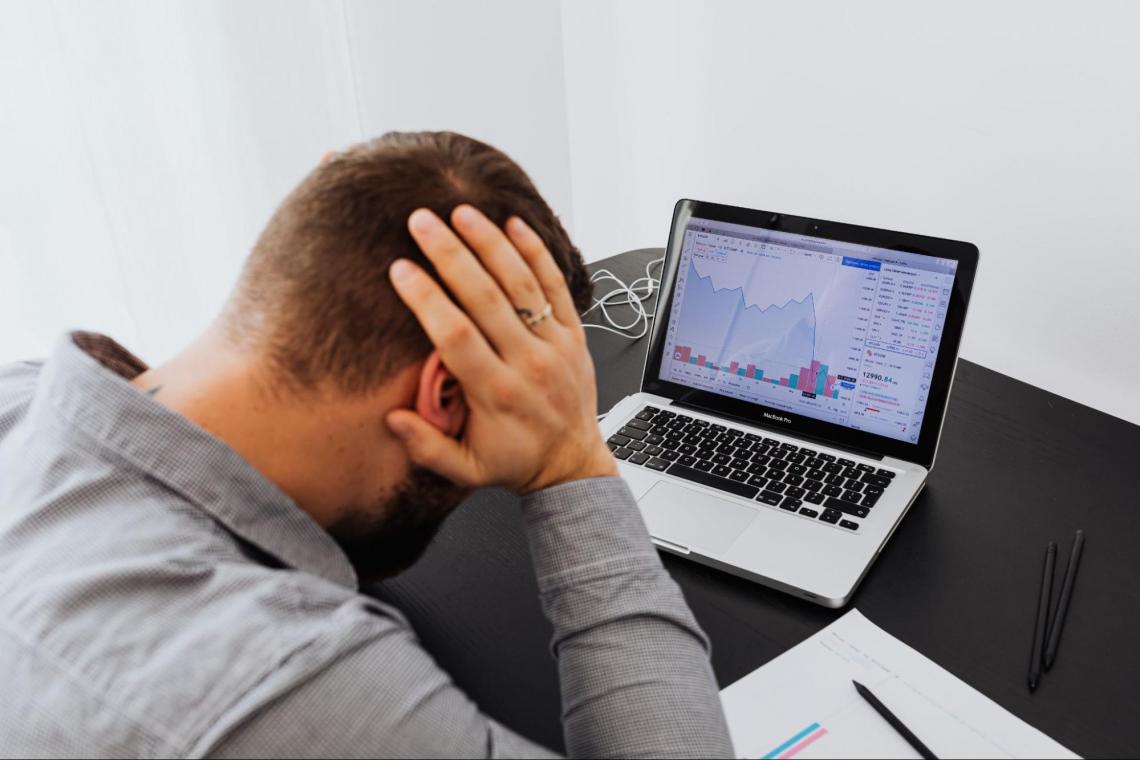 After that, at the start of November 1929, the stock market was shut down for 3 days to control the panic around people. That eventually increased the panic, and people started selling more and exciting themselves.

That made people and big investment firms like J.P Morgan and Goldman Sachs start selling their investments and diversifying their portfolios to decrease the loss that occurred in the crash.

This started the creation or start of the most significant recession of all time, known as the Great Depression, which lasted for more than 10 years when DowJones's industrial average went down from 386.10 to 40, decreased by more than 90%.

Well, markets eventually recovered after a decade when the Great Depression was finally over, and the Second World War was going to start with the boom of the defense manufacturing sector, which repeated history.

Reasons for the crash

Impact of the crash on the world's economy 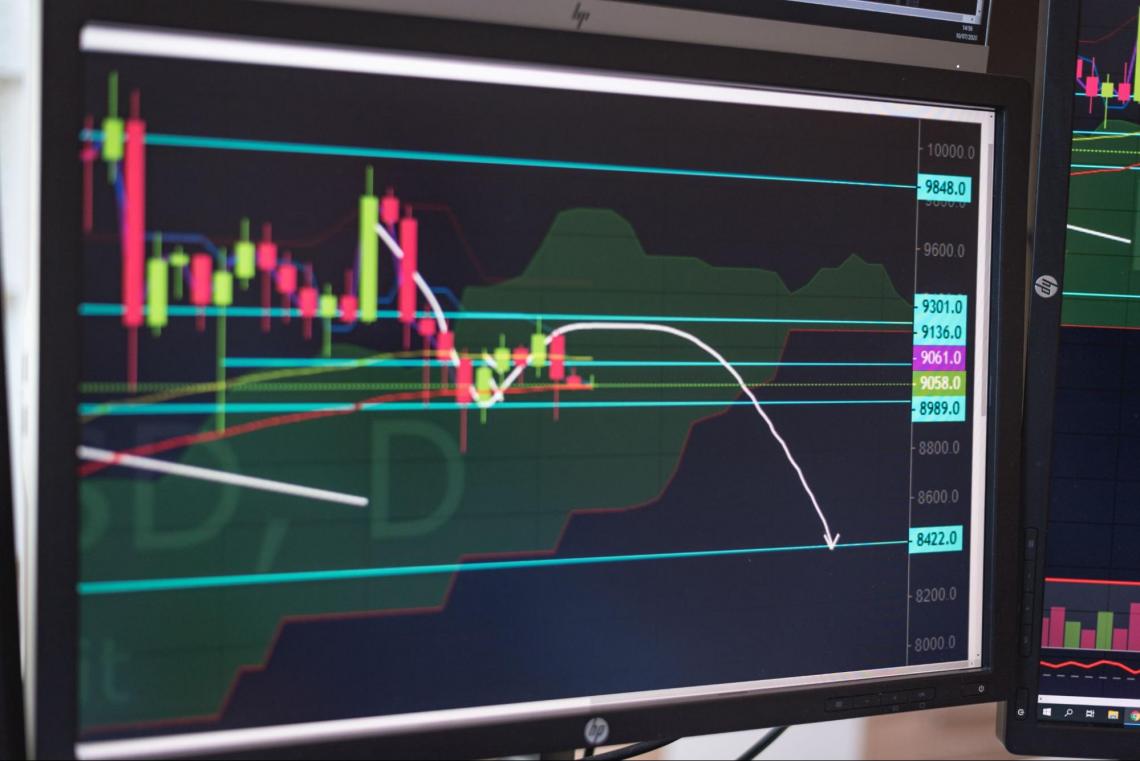 Afterward, stock markets worldwide instituted measures to suspend trading in the event of rapid declines, claiming that the measures would prevent such panic sales.

The stock market was shut down for three days to control the panic around the situation. But unfortunately, it ultimately increased exponentially, and when the market opened, it drastically again started falling. 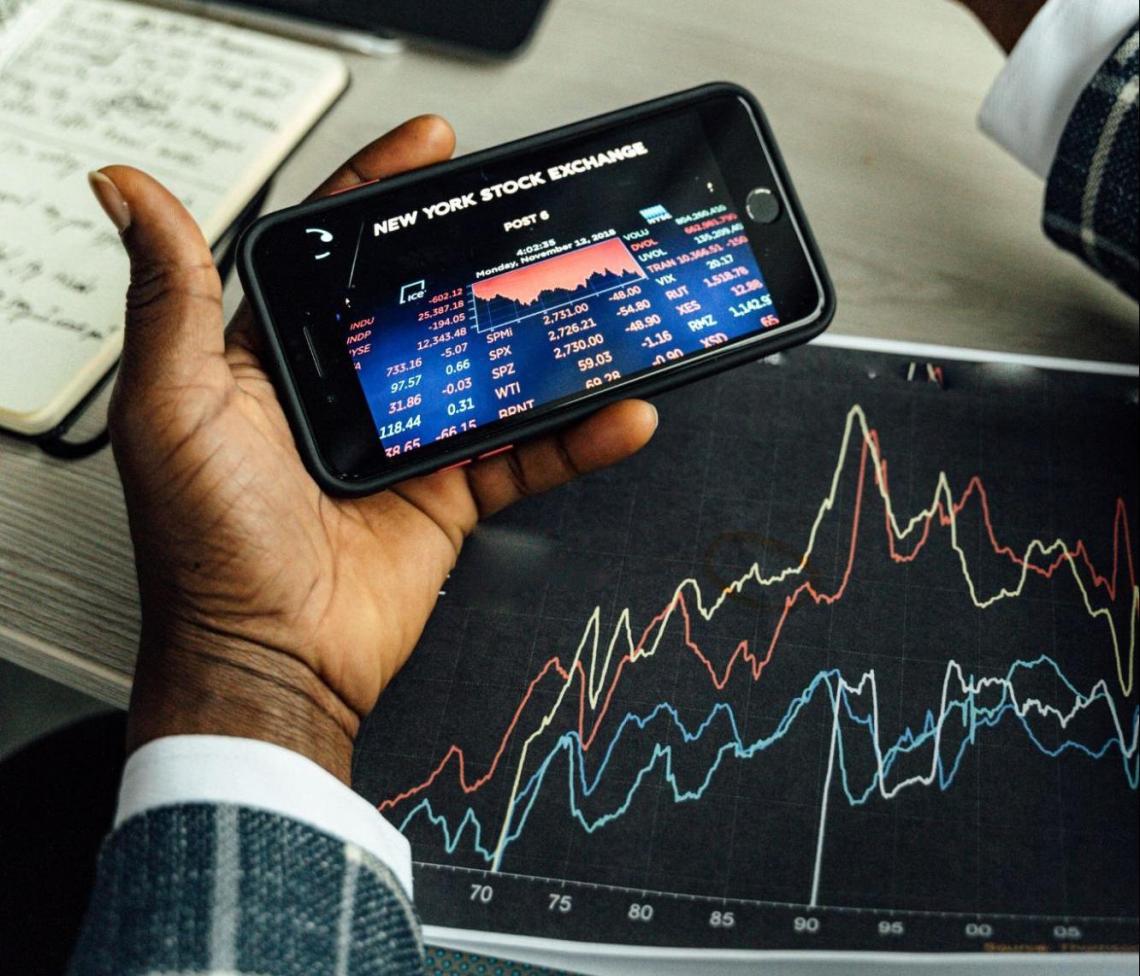 At that level, the operators could not measure the transaction, and only one thing was happening: selling. No one was interested in buying. So people were ready to exit at any cost and take huge losses just to exit.

It was an uncontrollable fall where nobody knows where the market stopped falling and when it returned to the previous high. So people started distrusting the market and went for other investments like investing in bonds, government securities, or real estate but not Wall Street.

After the crash, the government made a commission known as the Pecora commission 1932 by the U.S. Senate to study the causes of the crash. Following passed the law Glass-Steagall Act of 1933 to separate commercial banks from investment banks.

This started the great phenomenon known as the Great Depression (1929-1939), where many businesses fell, many jobs were scratched up, and people became unemployed. They started becoming homeless, and the market hadn't recovered till 10 years.

At this time, there was the start of a new market trend known as short selling, which investors had previously popularized at that time, and many banks and investors did.

One of the famous investors Jesse Livermore who was popularly known as or considered the piano of day trading, earned a fortune for himself. Similarly, some of the banks also did that to recover their losses and make a profit. 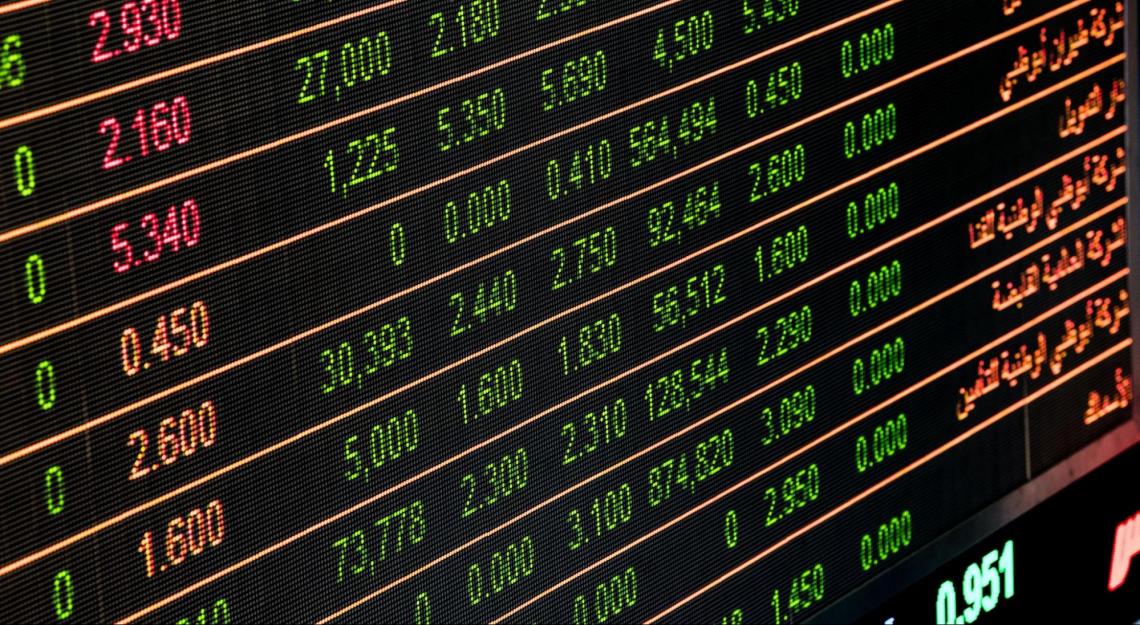 After this brief period, the Americans mobilized for World War 2 at the end of 1941, which was covered in 1945 when they moved ten million people from the civilian labor force to the defense force.

World War 2 dramatically increased employment rates as people were recruited into the defense forces, and the armed manufacturing firms recruited the civilian labor force for production.

This increased the government-funded capital spending from only 5% of the annual U.S investment in industrial capital from 1940 to 1943 when the government accounted for 67% of U.S capital investments.

We can learn from this crash that we should invest in the stock market when we have proper knowledge regarding the stock and the need, not because the people are investing, so we are investing just because of the FOMO effect. 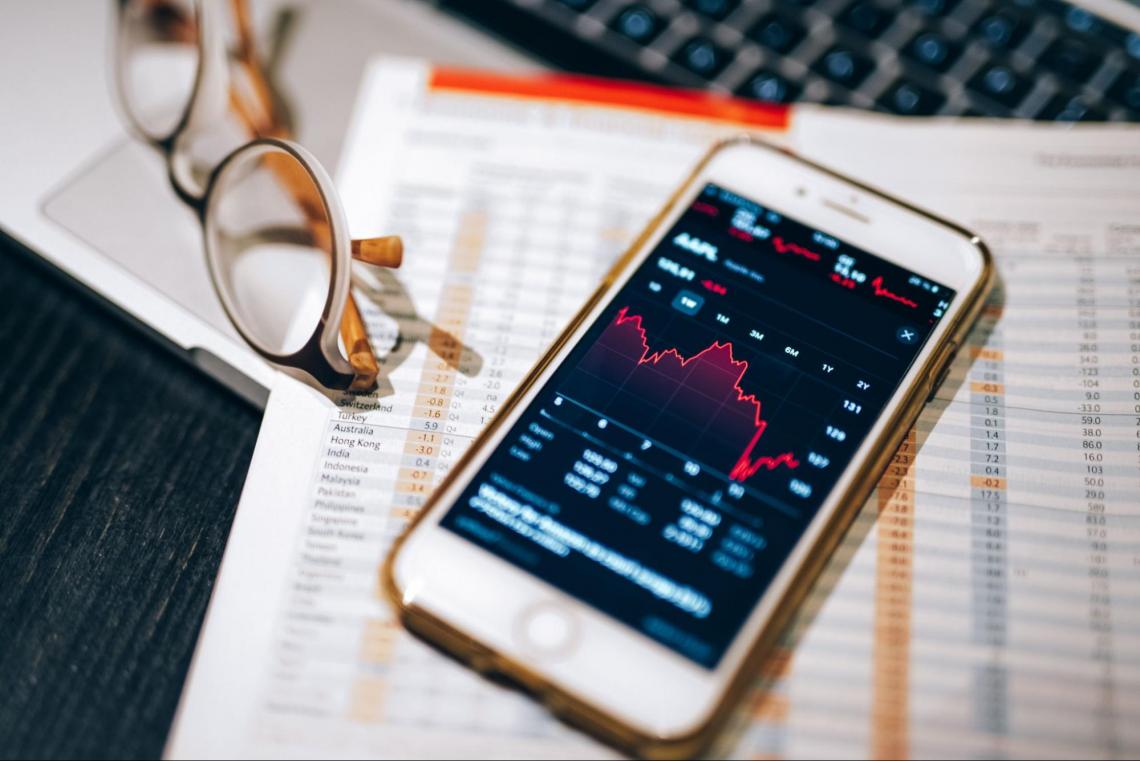 We can easily see that buying and holding is not always a great option, as it takes a decade to reach its previous high, which is a long time. In addition, people generally don't have much patience to hold on and see their assets decreasing daily.

It tells us that the market is uncertain. We cannot predict if the market will increase or decrease on a day-to-day basis or in a year, and the market will always be impartial for wall street we all are equal.

Also, which tells us that even if the companies are in profit, the business is doing good. It doesn't matter to the market as it deals on a demand and supply basis. Sometimes the price of a good fundamental stock collapses because of less demand and more supply.

It also helps us to understand that we should not only invest in the stock market, we should diversify the portfolio by investing in debt, mutual funds, bonds, debentures, real estate, gold, and many more, which will help to deal with this type of crisis.

It explained that too much debt is bad for all of us if we can't manage it or do not have the proper knowledge to manage debt. Moreover, we should not trust financial institutions or banking institutions for money because it is our responsibility to take care of our money. 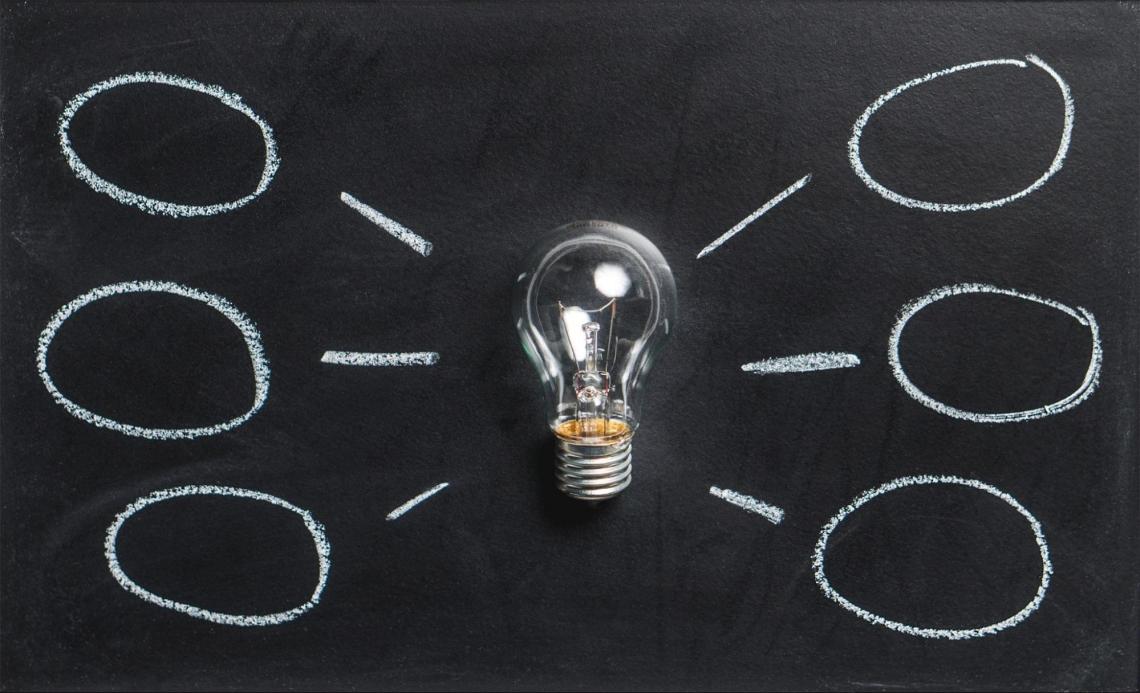 The real king of an economy is only one factor: demand and supply. It ultimately comes into demand-supply that whether the economy is going to be up or down if the business is good, but the demand is less, then the prices will decrease or visa-versa.

Understanding the market and equity investments is essential before we start investing. Doing this could have saved a lot of investors a lot of pain. It is also important for the investor to understand their risk appetite and manage their risk accordingly

1. What is the Black Tuesday crash?

On October 29, 1929, the United States stock market crashed in an event known as Black Tuesday, and the Dow Jones Industrial Average went down by 12%.

2. What caused the black Tuesday crash?

Taking used debt to invest in the stock market, banks taking deposit funds to invest the same, and people, without knowing investing in Wall Street, created a bubble in the market which finally burst.

3. What is the date of the black Tuesday crash?

4. Who profited from the market crash?

Some of the people like Joseph Kenedy Senior, Irving Kahn, Jesse Livermore, and many more.

5. Effects of the market fall?

Massive loss in the stock market, suddenly money wiped from the economy, massive rise in the unemployment rate and decline in GDP, and many more.