A multilateral development bank, a type of international financial institution with a mission to improve economic and social outcomes in Asia.

The Asian Infrastructure Investment Bank is a multilateral development bank, an international financial institution with a mission to improve economic and social outcomes in Asia. 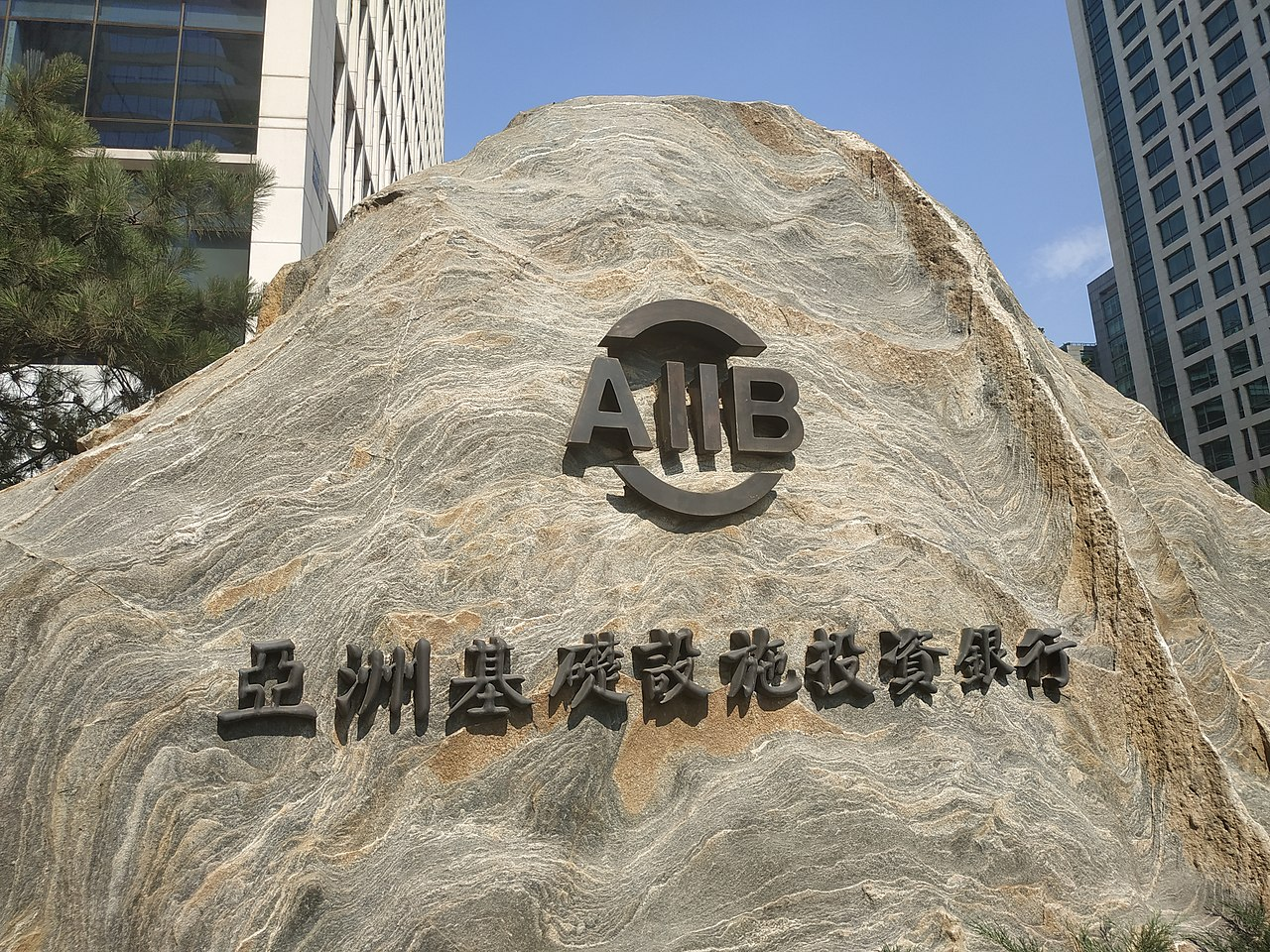 The bank started its operation with its headquarters in Beijing after the agreement came into force back in 2015, on 25th December, after receiving notifications from 10 members who held 50% of initial stocks.

The bank was proposed by China in 2013 and was launched at a ceremony in Beijing in October 2014, October. The United Nations addressed it as a prime driving force for scaling up financing for sustainable development.

Operations began in 2016 with 57 founding members, of which 37 were regional, and 20 were non-regional. 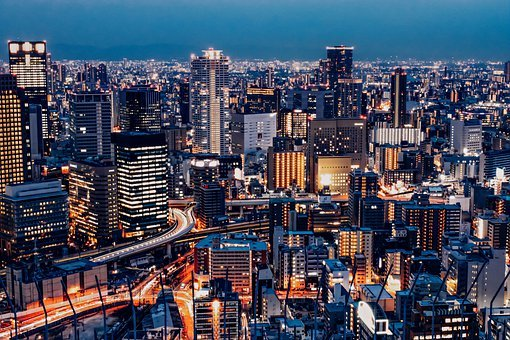 The initiative was taken to meet certain goals like:

Currently, there are 105 members including prospective members from around the world.

The organizational structure can be understood with the help of the diagram along with the details about each category below. The hierarchy is shown as 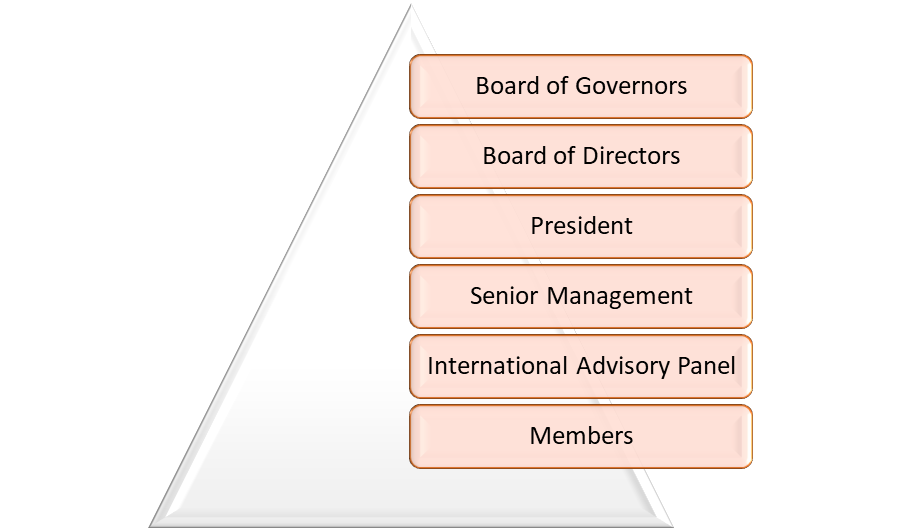 The board consists of one Governor and one Alternate Governor. Each member country appoints these, and all the powers are vested in their hands.

Power can be delegated to the directors except for the admission of new members, changes in the authorized capital stock, electing the directors and President, reviewing the auditor's report, and amendment of the AIIB Article of Agreement.

Annual meetings are conducted with different themes and focus points to recognize economic and social benefits.

The directors are people with higher economic and financial matter competency.

The board is responsible for directing Bank's general operations and efficiently using powers delegated to it by the Board of Governors.

The powers include approving strategy, annual plan, and budget of the Bank, establishing policies and oversight mechanisms, taking decisions regarding operations, and supervision of management.

The staff is headed by the President elected by the shareholders for 5 years.

The senior management that supports the President includes numerous vice presidents responsible for policy and strategy, investment operations, and administration.

The recent position holders in AIIB, as per the official AIIB website, are

A panel has been established to support the President and Senior Management on strategic, political, and operational issues. They meet at least twice a year for discussion, at Annual meetings and then at Headquarters.

Since 2016 AIIB has been involved in various projects that have the purpose of road improvement, power and gas distribution lines, redevelopment of the district, combined cycle gas and turbine power plant, construction of various transportation ways, etc. 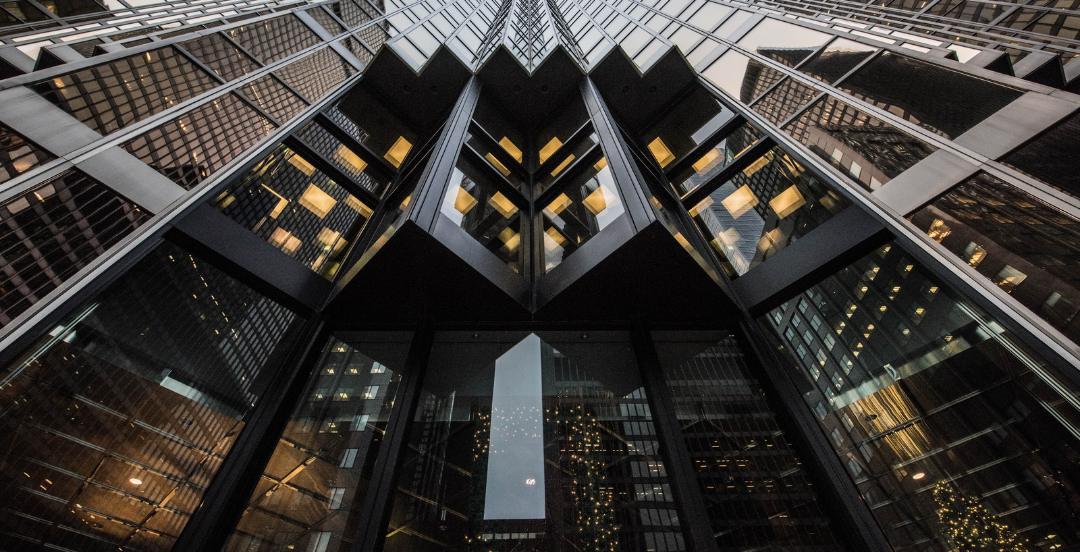 Strategies for all major infrastructure sectors and capital-related operations like private capital mobilization, equity investment, and financing operations have been approved and implemented in non-regional member countries.

In 2016, $1.73 billion were committed to nine projects, out of which six were joint initiative projects with World Bank and Asian Development Bank. As a result, the bank achieved a loan target of $1.2 billion.

Some of the key accomplishments are

The bank's role is crucial in China as well as the other member countries or emerging economies. 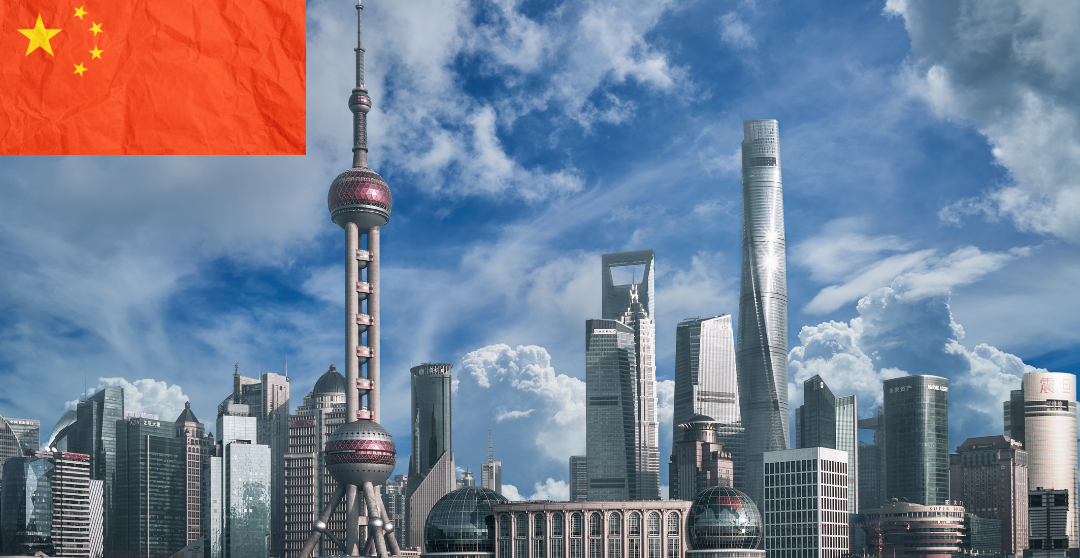 A major shift in the growth pattern of China was observed after the Global Financial Crisis of 2008. China grew at an average rate of 11% during the years preceding the financial crisis, and the surplus of the current account stood at 10% during those years.

The external surplus fell sharply after the crisis and ranged between 2-3% of gross domestic product. As a result, China lost its upward trajectory and fell to a 7-8% new normal.

China's growth witnessed a fall due to overdependence on exports, which lost momentum due to the crisis and falling productivity of Chinese investment. The responses to these changes were both internal and external.

On the external side, AIIB planned to develop infrastructure inside and outside China to create more jobs. Increase the productivity of investment and enhance exports. The institution granted huge finance for development projects in China. 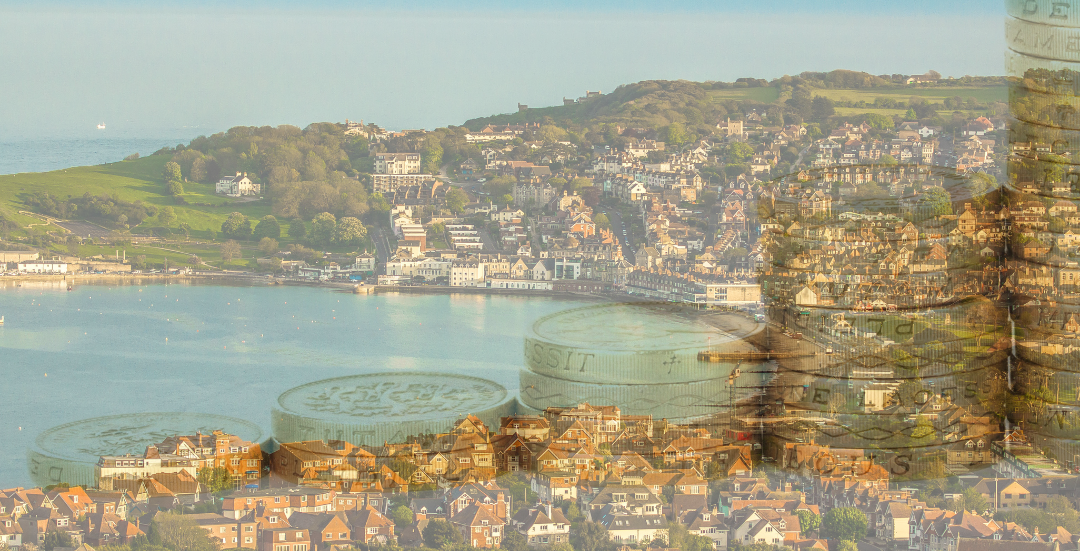 Neighbors of China welcomed the institution warmly as they believed in its potential to integrate Asia through constructing roads, pipelines, railways, and highways. However, they saw the initiative as a setback for other economies.

It was believed that the dominance of the United States would relax and recede in influence may be observed in the Asia-Pacific region with the emergence of the allies of China in Asia and initiatives like AIIB.

The most important reason emerging countries joined the institution was their long-term dissatisfaction with the operational structure of the west-dominated multilateral institutions like the World Bank and IMF.

It was observed that the governance structure of these west-dominated multilateral institutions was biased toward the western countries and avoided the needs of the emerging economies.

Also, it was seen that the existing structure was slow and did not capture the reality of the 21st century, which made economies like China, India, Turkey, Indonesia, Brazil, Nigeria, etc., lack behind.

The AIIB gives these economies much-needed leverage to break the dominance of the other US and Europe-dominated institutions and achieve desired growth and development.

The projects are proposed with intermediate output indicators that are measured throughout implementation to ensure the progress is as per the plan's aim.

These indicators are socially inclusive and environmentally sustainable. For example, whether employment at the operation stage of the project is disaggregated by gender and whether climate adaptation measures are incorporated or not.

The project summary of the institution can be seen below. The data is collected from the official Asian Infrastructure Investment Bank website, which states the number of projects with a detailed description. 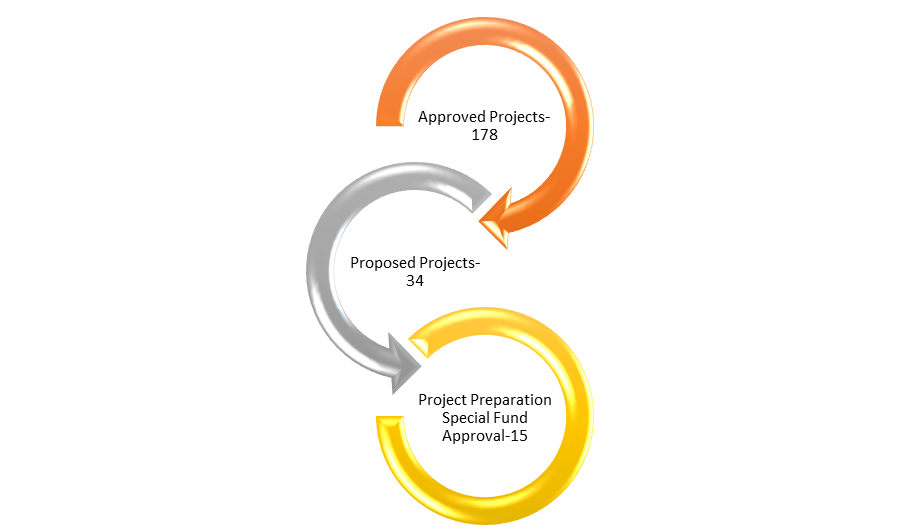 The pie chart below indicates a bifurcation of the total 178 approved projects over years: 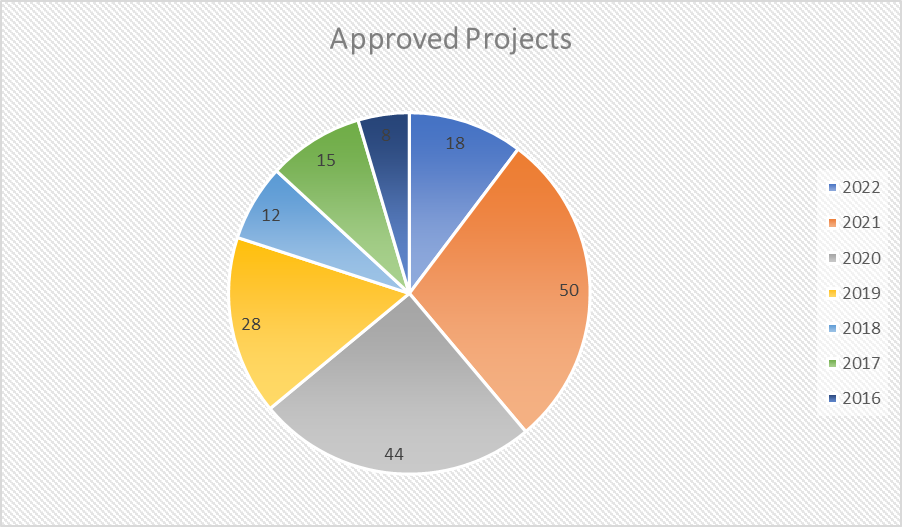 One of the projects aims to provide growth capital to scale up the development of renewable energy projects in association with the Indian economy with a long-term goal and funding of around $50 million.

The institution considered investing and supporting the renewable energy independent power producer to enhance its operational capacity. The potential risks and impacts from solar energy development and operation are seen as

The power producers are established by a transparent, culturally appropriate, gender-responsive functioning and readily accessible to the affected people, including indigenous communities, without retribution and at no cost. 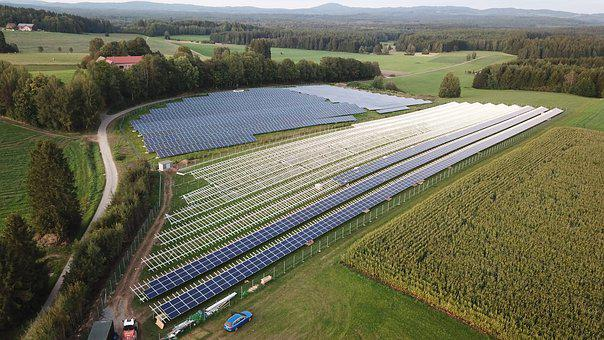 A willing buyer-willing seller arrangement is identified and selected to pursue the transactions. The power producer is expected to conduct pre-informed consultations of affected people due to land acquisition or loss of livelihood.

Apart from this, various other projects based on the public health sector, finance and liquidity, water, transport, and financial institutions are being undertaken in 2022 for improvement in different countries.

The AIIB created a COVID-19 CRF to support its members and clients, one of the key accomplishments of the institutions over the years. The initial duration of CRF was 18 months and extended till April 2022 and until the end of 2023. 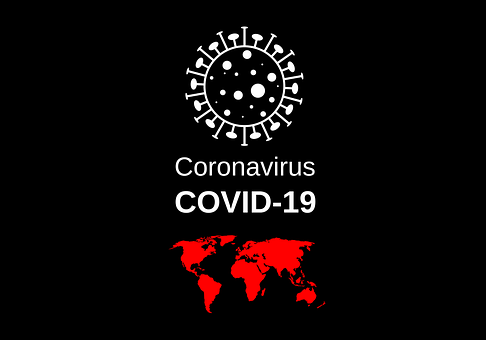 The amount committed started from $5 billion, went up to $13 billion, and expanded to $20 billion. By February 2022, 46 projects were approved, and finances were distributed in various sectors.

The sectors include public health, vaccine, finance and liquidity, economic resilience, and Policy-based financing. The distribution of funds is $3.4 billion, $1.7 billion, $2.3 billion, and $5.9 billion, respectively, in each sector.

CRF was designed to be flexible and adaptive to extreme health care. The members' economic needs and immediate financing have been considered for the projects that entered the pipeline before February 2022. The scope of the CRF project is

Financing applied is of various types, such as:

This involves co-financing investment projects with the World Bank or Asian Development Bank. The instruments used are particularly suitable for financing government programs with the disbursement of financing.

Financing may be linked to the program's results and against the eligible program expenditures.

This includes financing where the bank applies the policies of the World Bank and Asian Development Bank on development policy financing and policy-based lending, respectively.

This is done instead of the operational policies of the bank, including the ones on financing, environmental and social policy, and procurement policy.