What do you usually do 4-6 hours before you go to bed? Is it a rigid schedule or a loose framework of activities?

I've been feeling dissatisfied and bored with my pre-bed ritual and I'm hoping some real life examples will give me the inspiration to make some positive changes.

Usually work ends between 630-10 PM, so depending on the day I will usually lift for a couple hours if I have time. Sadly, the usual routine is extremely boring, and I am usually running errands or doing chores. As someone who is typically in the office 8 AM - 8 PM I dont usually do much.

I do strongly recommend working out as much as possible during the week. It is boring and yeah you kill the only free time you have with a workout, but it is crucial to get some exercise when you're working a lot. I think it helps with alertness and just in general incentivizes me to eat healthier, and thus feel better. When I stop working out my eating habits take a turn for the worse, which just generally makes me feel shittier.

Based asf. Pretty interesting how you feel that you basically only have time to workout and that if you exercise you don't have free time for other activities despite being in a traditionally better WLB job (CD).

I think you bring up a good point, which is that Corp Dev is often associated with a better WLB. While that is objectively true relative to IBD, it is all relative. I have found that at the Analyst / Associate level, you still have plenty of late nights, they just end much earlier than in IBD. In IBD during a bad stretch you are regularly working until 1- 5 AM. For Corp Dev, I may regularly work until 10 PM. From a free time perspective, neither industry allows for much during the week. However, from a sleep perspective, there is a very meaningful difference.

I have found that industries typically seen as good WLB relative to IBD only come off as having a good WLB relative to IBD. Compare with any other industry or profession and the hours are still not great. I have seen that the people who are successful in Corp Dev / Corp Strat / Consulting are working somewhere in the 60-80 hour range. Yes, it is typically closer to 60, and yes 80 hour weeks usually mean weekend work not 3 AM nights, but it is still a considerable amount.

Another key takeaway I have noticed is that in Corp Dev, as you rise through the ranks, the hours dont really seem to go down much. My senior team regularly outworks me, and this was the case at a different company where I also did Corp Dev. As you progress on lean teams, each new level comes with a ton of new responsibility that unfortunately will eat away at a lot of your time. Combine that with a few deals / bid processes all at the same time and suddenly you're struggling to stay afloat. That is the problem with Corp Dev, teams run very lean, and as you rise through the ranks, you are often irreplaceable. For example, no one on my team could really fill in for our head of Corp Dev, even across the C-suite. He has very specialized knowledge and a perspective that others just cant mimic.

In other words, all the jobs that I expected would have a good WLB only do so relative to IBD. I still spend my Sundays running errands with occasional job-related work and have to be really efficient with how I spend my time.

I work in PWM and I don't even have 6 hours before bed, do you not sleep?

rigid schedule or loose framework? loose framework with some regular habits. first is workout & shower, then I'll eat and cleanup, then I'll either watch TV or read, occasionally will do some yoga, but def just read while in bed (physical books) about to pass out (way better for sleep quality than TV/mobile). I don't think it matters what you do before bed, so long as you have something that quiets your mind

in terms of making positive changes, I wrote a bit about that here: https://www.wallstreetoasis.com/forum/off-topic/personal-development-book-reccomendations#comment-2826447

What books are you reading right now? I do the same, I need physical books before bed. I switch between a "technical book" (right now reading about video encoding and adaptive bitrate streaming) and then something more interesting. I just wrapped up Sapiens as my interesting book.

Also, do you have a preference for working out before or after work? I try to do it before work but I find myself rushing and it's less fun. After work I'm less time constrained, but I do feel more focused when working out in the morning.

“The three most harmful addictions are heroin, carbohydrates, and a monthly salary.” - Nassim Taleb
Learn More

books - currently confessions by st augustine, a collection of essays by miguel de unamono, daily stoic by ryan holliday (spanish version), and looking to pick up one more, likely panic of 1907, I enjoy reading about past crises. just finished a book on the depression and it was really interesting (depression diary by benjamin roth if anyone's curious). if you're looking for an interesting non-technical book, I've read both breath and deep by james nestor this year as well as how to change your mind by michael pollan, all were great

exercise - do what works for you. I love working out after work but I know plenty who swear by an AM sweat. my question to you - why not do both? if you have a short, high focus workout like swimming intervals, olympic lifting, etc., do that in the AM for like 15-20 minutes and then do a second session in the evening. or, I'll use my high focus levels in the AM to write out what I want to do in the gym that PM, so I don't have to think, I just have to sweat

Don't forget about making time for your wife's boyfriend

Don't forget about making time for your wife's boyfriend

So edgy (and single) bro

Depending on the work day and whether or not I ate dinner at the office, 2-3 nights a week it goes: dinner, jacuzzi, read, lay out clothes for gym then work, bed.

Sometimes I skip the jacuzzi and do more reading. I always take melatonin 1.5 hrs before I shoot to go to bed. As long as I'm home from work by 815PM, I go to sleep around 930PM

I wind down ONE hour before bed.. shower, meditate, reflect and maybe read a bit

if girlfriend comes over, then fuck gf, watch series with her, then sleep

if she doesn't come over, then go work out, then take a shower and watch some sports/series/YouTube until fall asleep

Don't you find it annoying having to wash the bed sheets so often?

lol @ washing the sheets after every bang. if she's not on the rag or a squirter, what're you afraid of?

I treat it as a privilege to wash sheets if they're covered with squirt or sweat. If they're not, I might not change them though, as brofessor mentioned. That being said, I've lately been having sex on the couch and ottoman in the living room instead. And against the wall is always hot.

Jerk off. You feel good, and you don't need melatonin...its a win-win!

It ain't much but it's honest work.

I cease all eating and drinking roughly 5-6 hours before I go to sleep.

Within that time I clean my place, put dishes away, prep the next day's meals, brush teeth, take a shower, and journal. Any and all screens are turned off no later than 1 hour before sleep. This is usually when I start journaling. If I have time, this is where guitar practice comes in also. Following that, I'm foam rolling for the next hour, from neck to my feet, usually in the dark. The last 15 minutes before my head hits the pillow I spend meditating.

This is a rigid schedule, Monday through Sunday, and rarely changes.

what did you do to become this disciplined? I'm impressed

I got into weightlifting at a very early age (about eighth grade) and since then I've been obsessed with health. My collegiate education was all in biomedicine before I switched to finance/real estate so I've been a health nut for many years and it's all on autopilot at this point. I profoundly enjoy fitness, diet, nutrition, rest/recovery regimens, etc. so there is very little discipline involved at this point, it's genuinely enjoyable and fulfilling. I suppose the discipline was birthed from the early years of weightlifting. 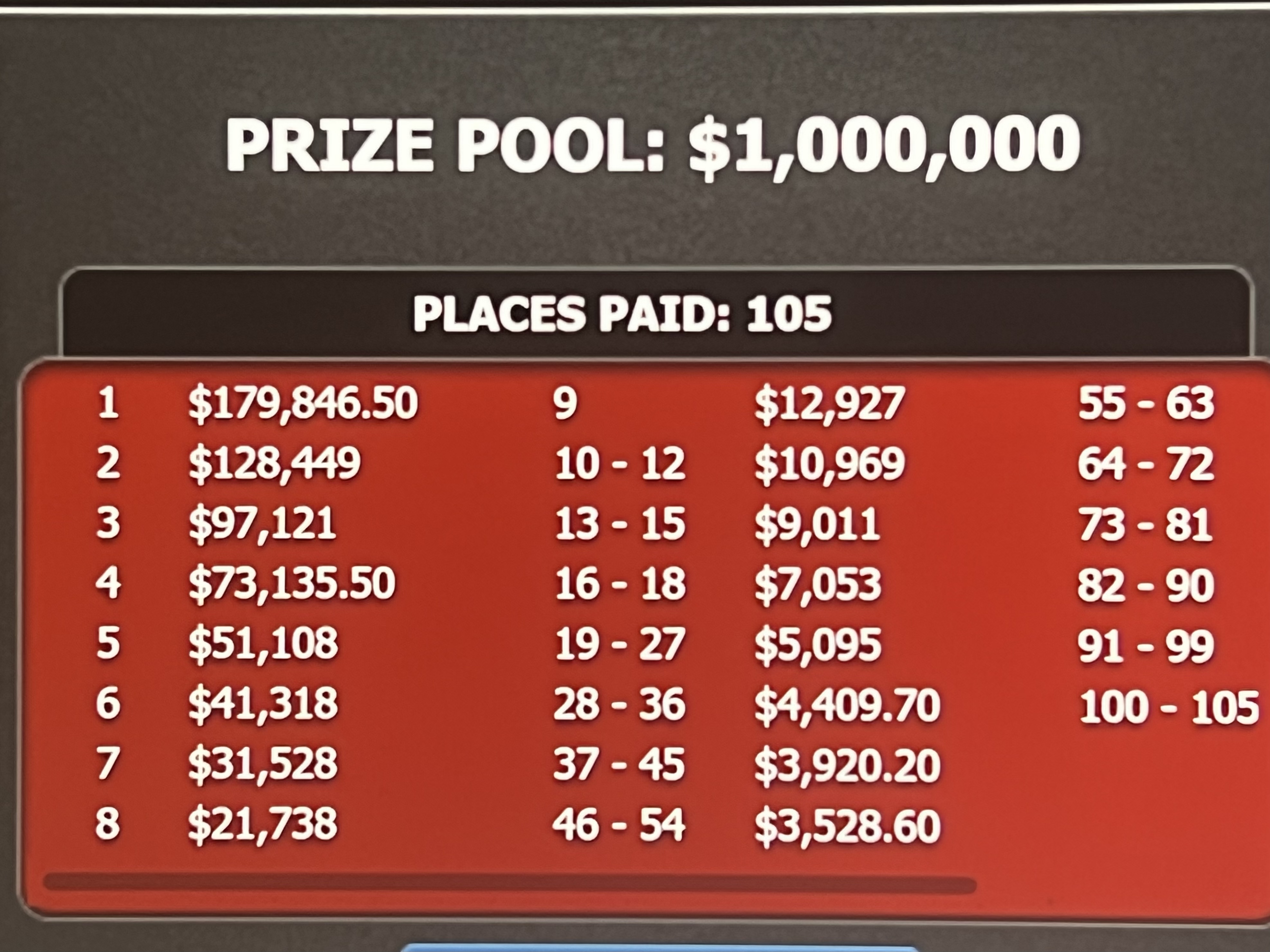 In the evening if my face is a little puffy I'll put on an ice pack while doing stomach crunches. I can do 1000 now. After I remove the ice pack I use a deep pore cleanser lotion. In the shower I use a water activated gel cleanser, then a honey almond body scrub, and on the face an exfoliating gel scrub. Then I apply an herb-mint facial mask which I leave on for 10 minutes while I prepare the rest of my routine. I always use an after shave lotion with little or no alcohol, because alcohol dries your face out and makes you look older. Then moisturizer, then an anti-aging eye balm followed by a final moisturizing protective lotion.

There is an idea of a shitonminoritieschad, some kind of abstraction, but there is no real him, only an entity, something illusory, and though he can hide his cold gaze and you can shake his hand and feel flesh gripping yours, and maybe you can even sense that your lifestyles are probably comparable...

He is simply not there.

where do you get the problems you're working on? old textbooks or elsewhere? trying to accumulate some ideas. thanks!

Textbooks, other book recommendations from my professors, and competitions like Putnam, ICPC, USACO

Get off by 5 -> run / play with dog for an hour -> hang with gf some nights / eat dinner / do whatever together-> if she's not here, usually just work on what ever rehab I'm doing at the time / chores / xbox / grab a drink with friends.

"work on rehab" and "grab a drink" = does not compute. Pls fix