Even though I'm not part of the LGBTQ+ community, I applied as a diversity candidate and now my VP is hitting on me.

When I was junior at a semi-target, the IB club organized a something like a seminar and I called some of the people from the bank I did my internship at and a few VPs agreed to come to the seminar.

(I did my second internship at a BB IB as a diversity candidate. White male and straight but applied through the LGBTQ+ program)

I was one of the key organizers of the seminar so I had chance to talk with all of the bankers. But, there was a senior VP who was really interested with the seminar and kept calling me and asking questions. At that time, I was so fucking happy that I was networking with a Sr. VP. Whenever I was laying on my bed in my dorm room, I was dreaming about him and how I can use him to achive my dreams but I never thought something like this.

I also did my third internship there. During that time, that VP was helping me little bit too much, letting me go early and letting me take credit for others work. He told me that I should work there after my graduation, and he can even promote me faster than usual when he's a MD. I thought he saw himself in me so he was acting this way...

I graduated and started working there. I started getting suspicious and after doing some digging on his social media and remembering that he may see that I did my first internship there as a LGBTQ+ diversity candidate. I literally puked in my room because he's probably a gay.

I'm not a paranoid person, but recently I'm seeing him in my nightmares and scared to get close to him. I feel like he sometimes touches my hand sexually but I'm not really sure.

I don't want to leave the bank because this is literally the best thing I can do for my future, but also I can't say no to him because he will be a MD soon, and probably can destroy my career.

Any advice would be appreciated.

Pucker up big boi and time to get a wax you'll be VP yourself before you know it!

This is fucking hilarious

Can confirm, this is the side of networking they don't tell you about

Actions have consequences… first rule of life. And the second rule is this – you are the only one responsible for your own actions.

Lool idk if it's true or not but I'll take your fucking word for it broski lmfao.

Is it the one abt whether you'd ding someone w pronouns on their linkedin? If not, link it if you don't mind. Always enjoy reading shit abt retarded virtue signalers

This isn't linkedin my dude

Just let him have his way with you bro. Life is short

And if you're lucky, so is the SVP's pee pee!

Time to pay the PIPEr

Lmao this is a bigger fuckup than that Jarisha Kitchonara guy

Hahahaha how do u remember that

Because the guy you responded to (bottombuckethardo) is the one who made the original post about Jarisha.

Get a lube before it's too late.

This bro. Always be cautious about female interns.

Plz tell me you never fell for it

I am just going to assume you are a troll.

There is a monumental and eye-opening lack of diversity at the senior levels of every single bank. The only way to address that is by broadening the pipeline of diversity candidates.

These diversity programs are meant to help push things in the right direction, and they do. Just because you have a few bad apples, such as OP who has no ethical or moral compass, doesn't mean the programs shouldn't exist.

And I am just going to assume you are a retard. Just because there's a lack of "diversity" at senior levels doesn't mean that anything is wrong. I would like to see the specific percentage of senior management that is black and hispanic vs. their percentage makeup in the entire population. Then perform a chi square test and let's see if the result is statistically significant. Without specific statistics, your types of arguments are useless. We need to get out of speaking in generalities and use actual data. Then, we need to be honest and look at possible reasons for the discrepancies. Not everything in life is mUh rAcIsM. Why are asians overrepresented compared to their percentage in the population? Why do black athletes disproportionately make up the teams in the NFL and NBA?

Because at the end of the day, companies care about making money. Nobody gives a fuck about your race. All they care about is your skills and output and whether you can benefit the company. That's not to say there isn't ever any racism or discrimination. In a country with 330 million people, we will never eradicate racism. However, the companies that prioritize race over talent will lag behind their competitors in the long run. There's many talented black and hispanic people that are perfectly capable of getting jobs through the normal applicant pool. If leftists/progressives think they need special programs/advantages in recruiting in order to obtain high level jobs, then maybe they are actually the real racists.

don't scam the system , you (and others who act like you) will be messing it up for those who need it

but your VP also sounds like a total dhole

TRUE HERO i'm dead this is the greatest thread ever

True hero till this VP starts inviting him out at the clubs with all his boys and all start grinding up against him.

I really don't see what you need advice on here. Be friendly, don't be a homophobe, but if he invites you to his place or anything, just make up an excuse and he will get the message.

Other than that, just do your work and don't refer to homosexuals as "a gay" or "the gays" in front of him.

Let me guess, your VP was part of that Yale thing?

Chad tier troll. VP is probably just a sigma male trying to test if you're actually a low level (think beta/gamma male) or sigma enough to go through with it to prove that you don't care about anything.

You work in risk management?

Good on your for gaming the corrupt system of diversity recruiting. That said, just pull down your pants & bend over, your peers will be so jealous you made the A2A in 1 year instead of 2!

as far as i can tell, VPs done nothing wrong beyond giving you what you think is preferential treatment? you sound kinda fugly so i seriously doubt he was hitting on you

Whenever I was laying on my bed in my dorm room, I was dreaming about him and how I can use him to achive my dreams

Well you were right, he does see himself IN you😏 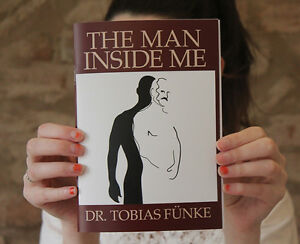 Well man, I'll give you the wisest words of advice my father ever gave me when I first entered the real world: "well son, how bad do you want it?"

That being said, I'll leave you with the second wisest words dad gave me: "remember son, you can't un-suck a dick"

Best of luck, OP, and godspeed.

I know I've heard of PIPER Sandler but this is rediculous

I thought he saw himself in me so he was acting this way...

"Whenever I was laying on my bed in my dorm room, I was dreaming about him and how I can use him to achive my dreams but I never thought something like this."

Scamming the scammers. Love to see it

He just wants your chon chon, in popeye's words...

Hahahaha what a hero. Scamming the BS diversity programs.

Just behave normally, you don't have to look or act like you are gay.

If you like your team and see yourself there for the long run, then politely reject the VP if he tries something; or tell him you have a "partner".

If you are looking to lateral or leave the bank and he happens to try something once you have an offer, you should beat him as hard as you can.

sometimes you just have to swallow ..

Honestly more people should just say they're bisexual to get in through LGBTACDEFG programs. There is no way they can prove it, and if you show up with a wife/gf, well you're bi after all so it's normal for you

Honestly seems like all positives. Just keep at it and if he does something aggressive, you can get a new payout from sexual assault settlement

I see you're choosing the hard way. That's alright.

On a scale of 1 to 10 how happy are you?
+289IBby Research Analyst
Bonus Spending - Materialistic
+132IBby Associate 1 in S&T - Other
The New FREE WSO Resource Pages are LIVE!
+91IBby WallStreetOasis.com
So who all is leaving Shiti Bank?
+89IBby OwwMyFeelings
Thoughts on Microsoft Acquiring Activision Blizzard?
+87IBby Spicyboi
Why are people who post to the salary database too goddamn stupid to do it properly?
+60IBby lolusernames
Base Compensation Increase | IBD | London
+48IBby Analyst 1 in IB-M&A
How to be a good MD
+44IBby very_curious_banker
JPM analyst 1 bumped to 110k and asso 1 to 175?
+40IBby Intern in S&T - Other
How to be happy in IB?
+27IBby Analyst 1 in IB - Cov
END_OF_DOCUMENT_TOKEN_TO_BE_REPLACED